Crusaders stay top of the table despite losing their 100% record following this entertaining encounter with Larne at Seaview.

The Crues almost raced into the lead inside the first minute after a ball from Billy Joe Burns was met at the back post by Jordan Owens, but he couldn't keep his header down and on target.

Philip Lowry then went close after four minutes but, again, the shot went over while another effort soon after was gratefully gathered by Larne keeper Conor Devlin.

It was perhaps no surprise, then, when Lowry went one better after a quarter-of-an-hour when he forced the ball home at the back post after Burns had knocked on Paul Heatley's corner.

Larne squandered a great opportunity to level just before the half-hour. Lowry conceded a spot-kick following a challenge on Mark Randall but Davy McDaid stepped up to send the penalty against the base of an upright despite sending Sean O'Neill the wrong way.

But the visitors did find the net with two goals either side of the interval.

In first half stoppage time Johnny McMurray pounced on a defensive error from Colin Coates to control his volley and confidently fire the equaliser past O'Neill.

Then, on 47 minutes, Sean Graham fired Tiernan Lynch's side in front after collecting possession wide of the left and cutting in to curl an effort beyond O'Neill into the top right corner.

Both sides had their moments after this but, on 78 minutes, substitute David Cushley levelled for the Crues just three minutes after taking the field with a tremendous trademark 25-yard drive that seemed to swerve in flight on it's way past Devlin despite the Larne keeper getting a touch on the ball. 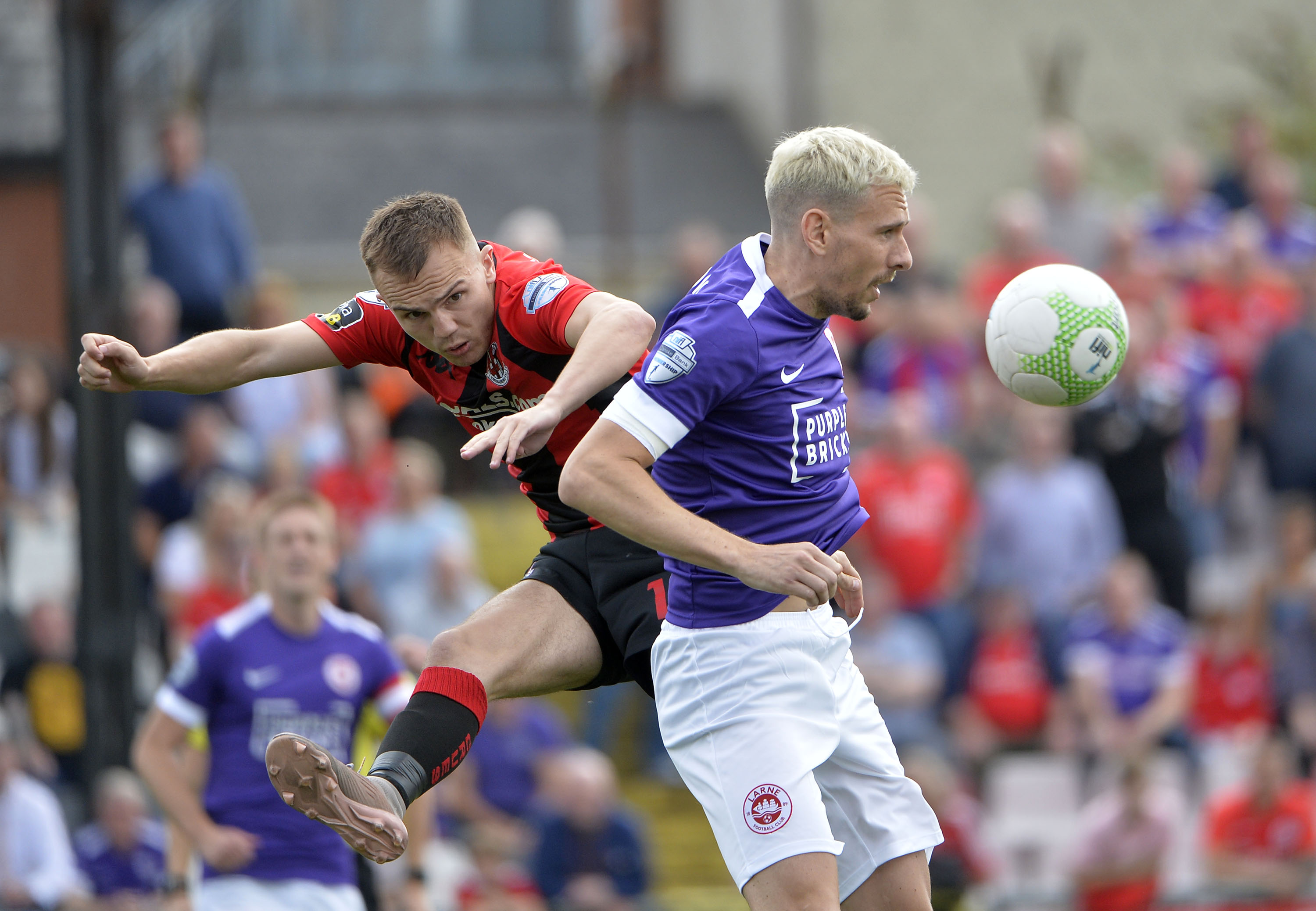 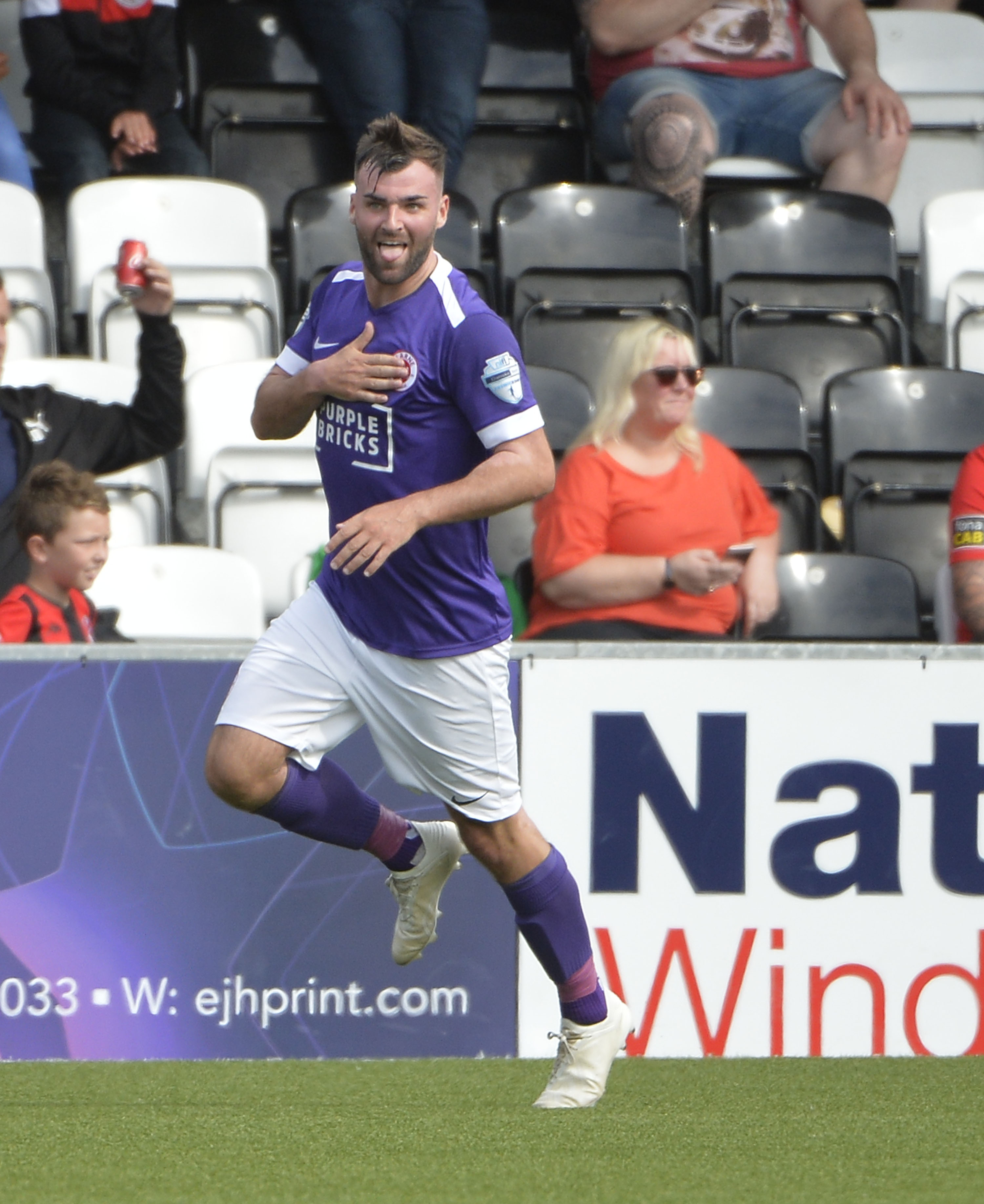 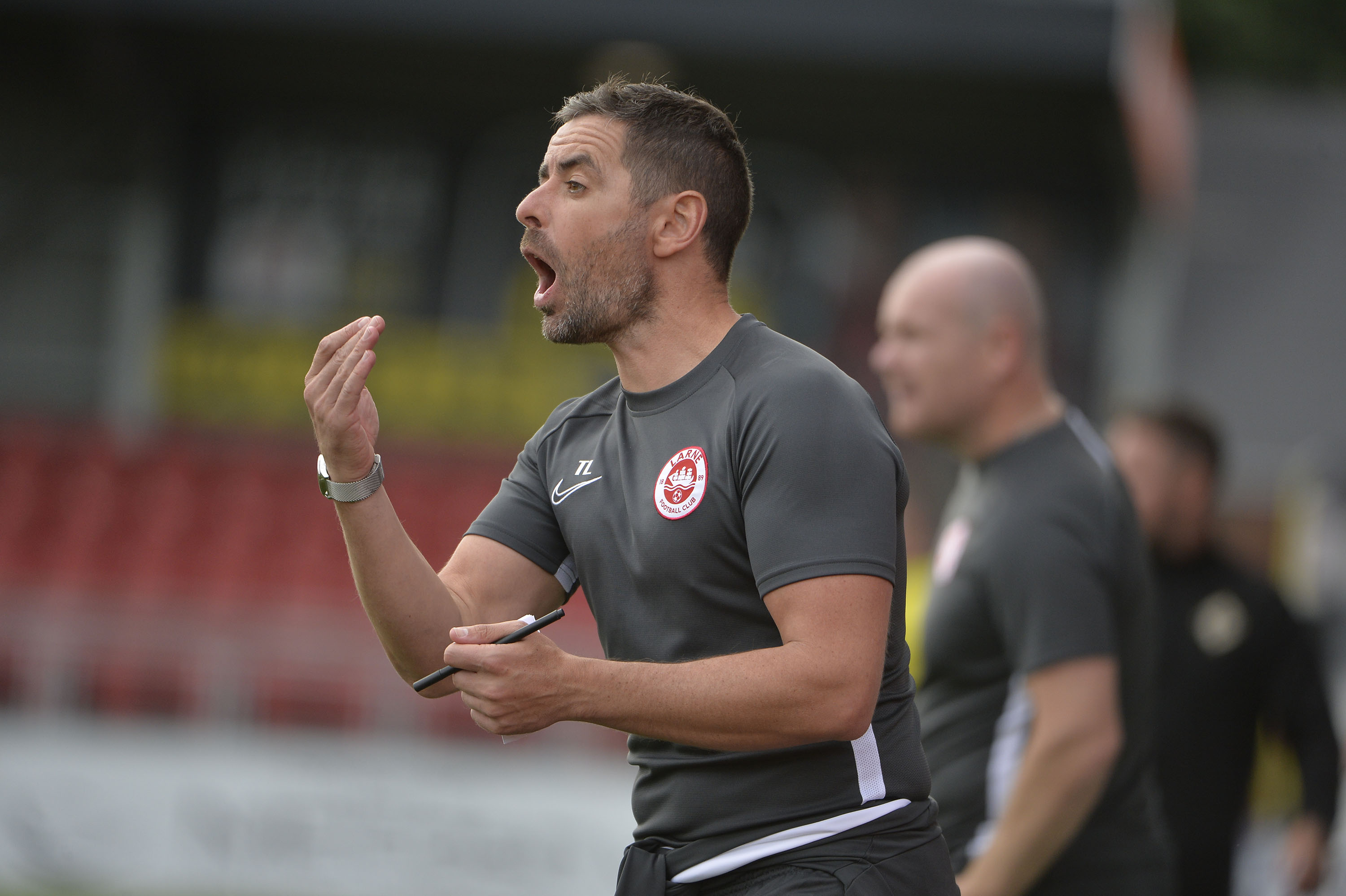 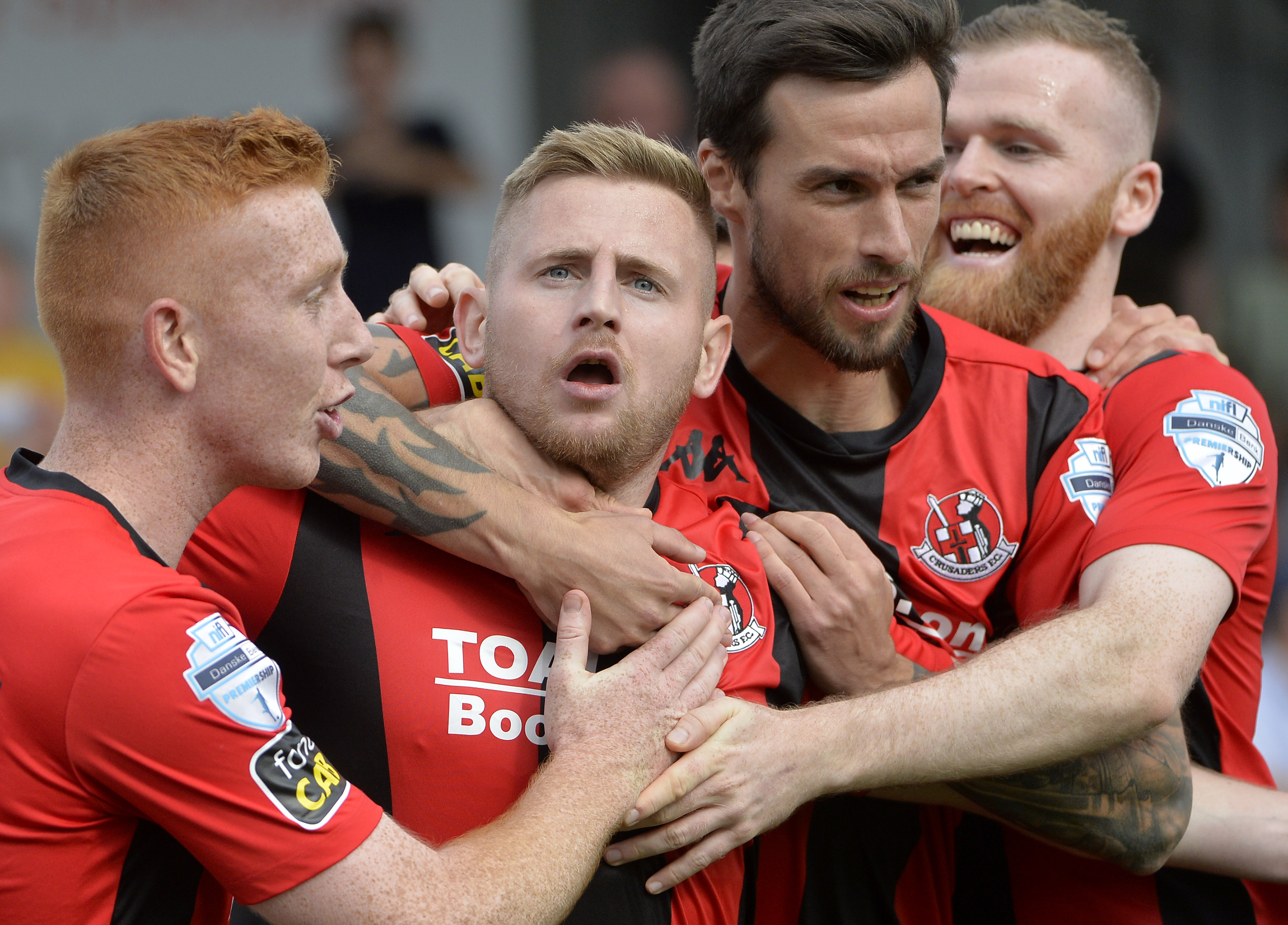 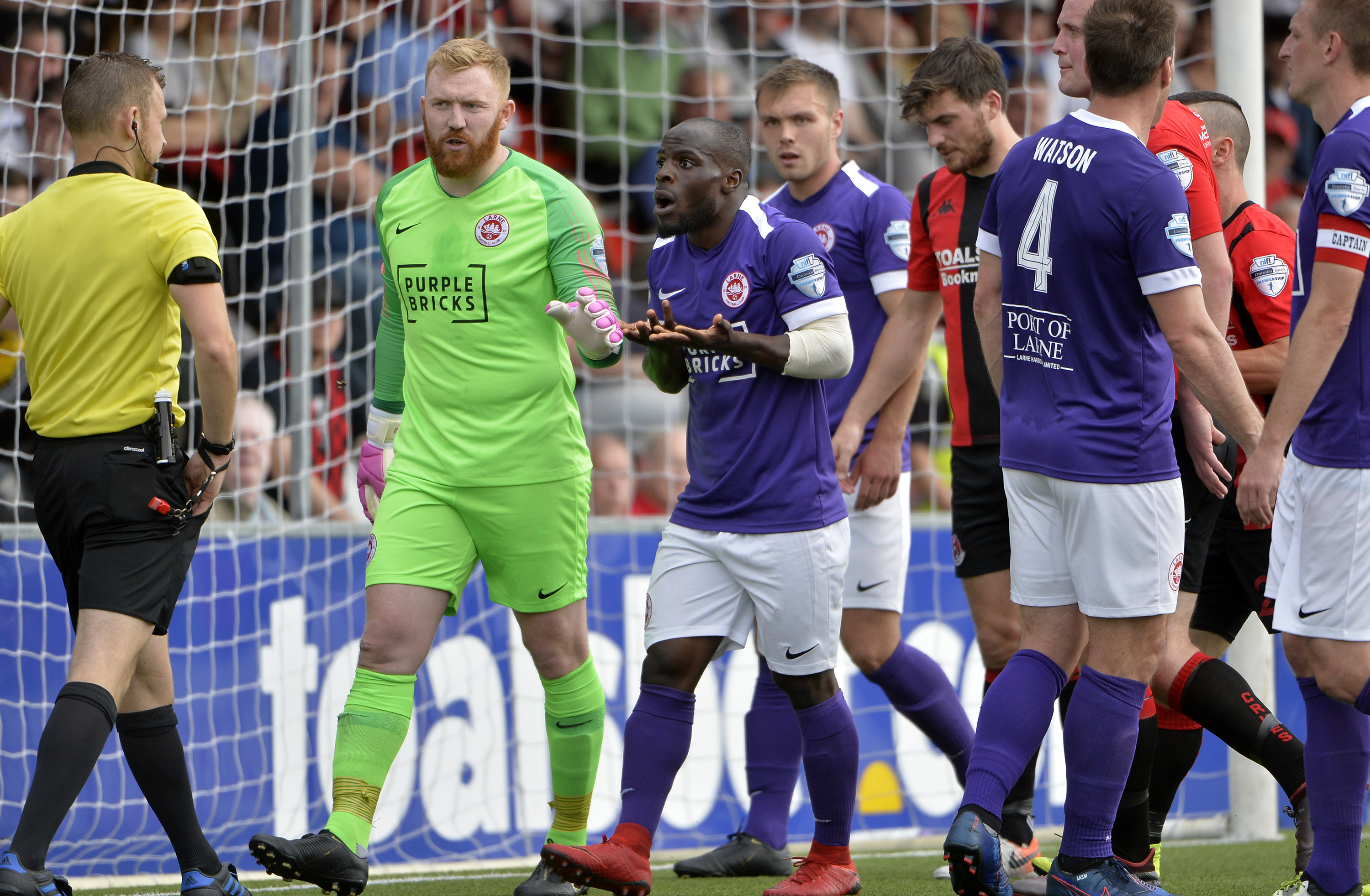