Larne needed just four minutes to open the scoring. Martin Donnelly was fouled some 25-yards from goal on the left of the pitch with Mark Randall stepping up to curl home the free-kick past Marijan Antolovic in off the top of the near post.

Glentoran responded well to going behind with Elvio van Overbeek firing over from outside the area before Navid Nasseri was thwarted by a timely Harry Flowers tackle.

However, on 19 minutes, they did get back on level terms when Paul O'Neill tucked the ball home from inside the area into the top right corner after Robbie McDaid had done well to hold the ball up.

Larne almost instantly restored their lead when David McDaid found himself in the Glentoran six yard box only to be crowded out by the defence amid penalty claims.

Then, in what was a few breathless moments of action, Glentoran went straight back down the other end for O'Neill to find the net for a second time with a well struck low effort which went beyond the reach of Conor Devlin.

Larne did try to get back on levels terms with Johnny McMurray seeing a low effort well held by Antolovic whilst, just before the break, Randall lofted the ball into McDaid's path but the Glentoran reacted well to snuff out the danger.

After a quiet start to the second half Larne did equalise nine minutes in when, following great work down the right from Tomas Cosgrove, the ball was squared for McDaid who then laid it back for Northern Ireland U21 international Sean Graham to sweep home his second goal of the season.

Then, three minutes after that, a rasping Randall drive from fully 30 yards produced a fine save from Antolovic before, for Glentoran, Patrick McClean drew a great stop from Devlin.

The action continued with McDaid testing Antolovic again moments later while, with ten minutes remaining, he was called into action once more to thwart Martin Donnelly.

But, on 83 minutes, Glentoran moved back in front again after substitute Cameron Stewart nodded the ball on from the left side of the area for McClean to turn an overhead kick past Devlin from around ten yards out.

McMurray almost brought Larne back into it just two minutes after that at the left post but Antolovic did enough just to touch the ball out of reach, then substitute Conor McKendry then produced a flying save from the Croatian keeper with the loose ball just failing to fall for a red shirt. 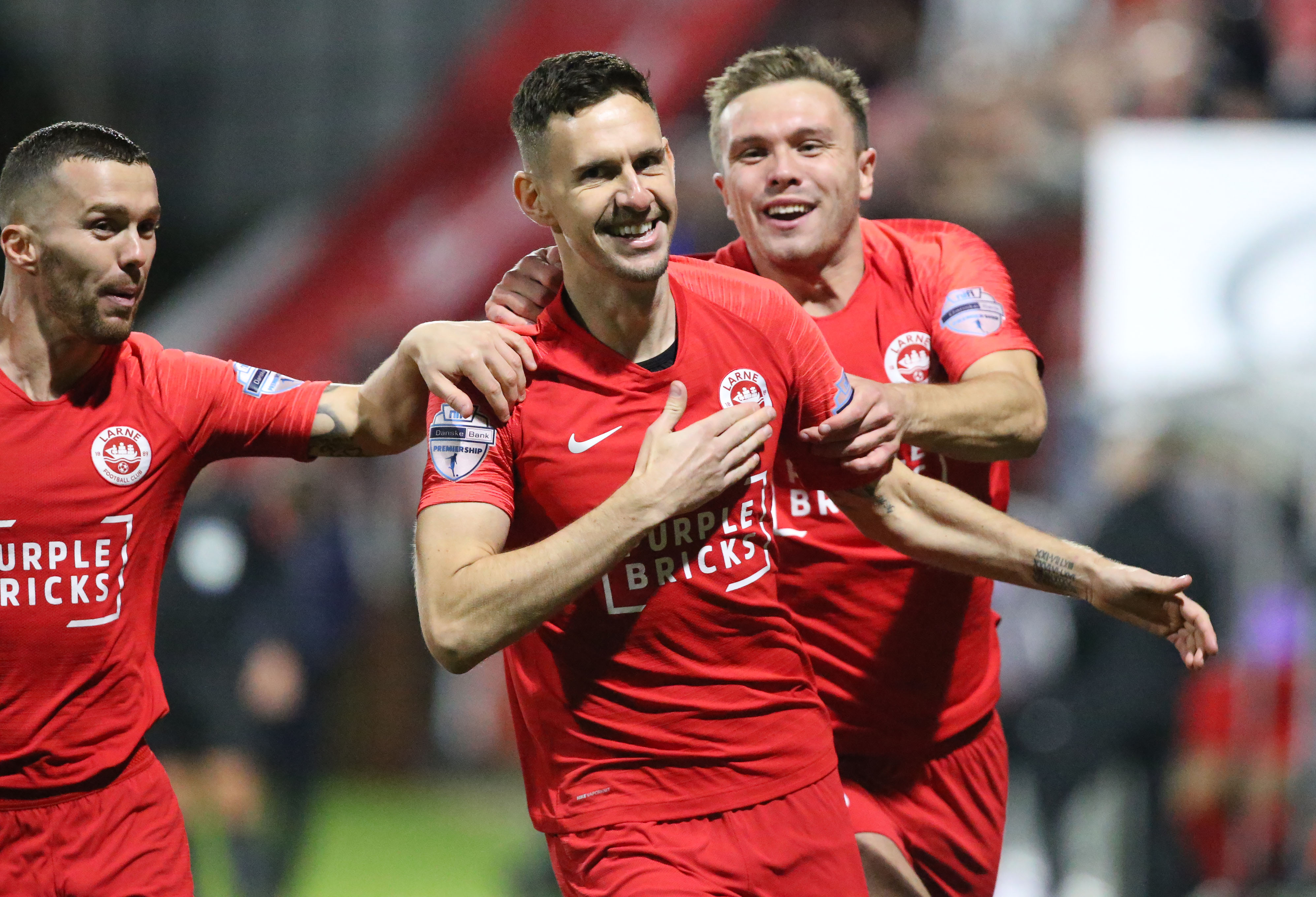 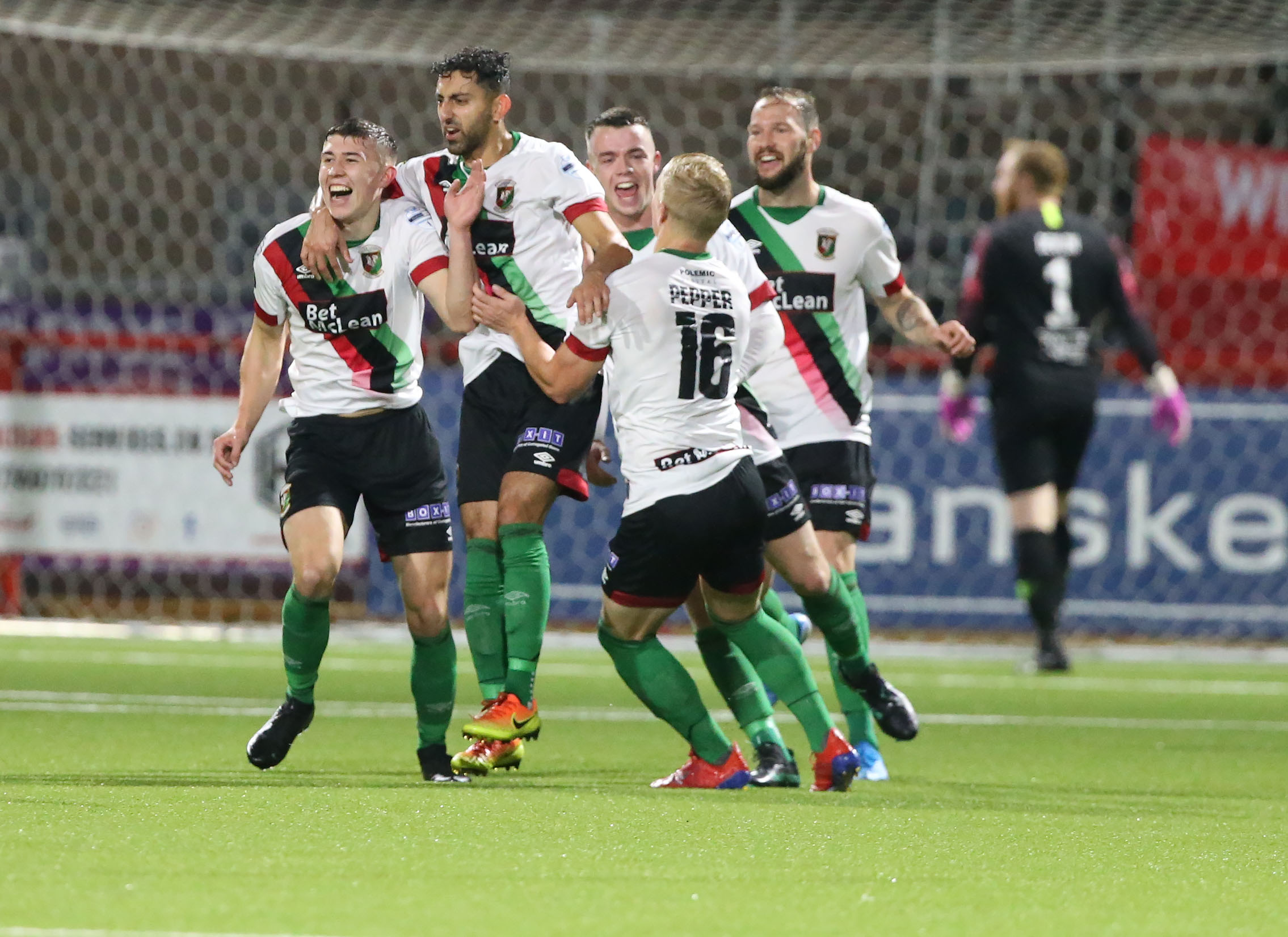 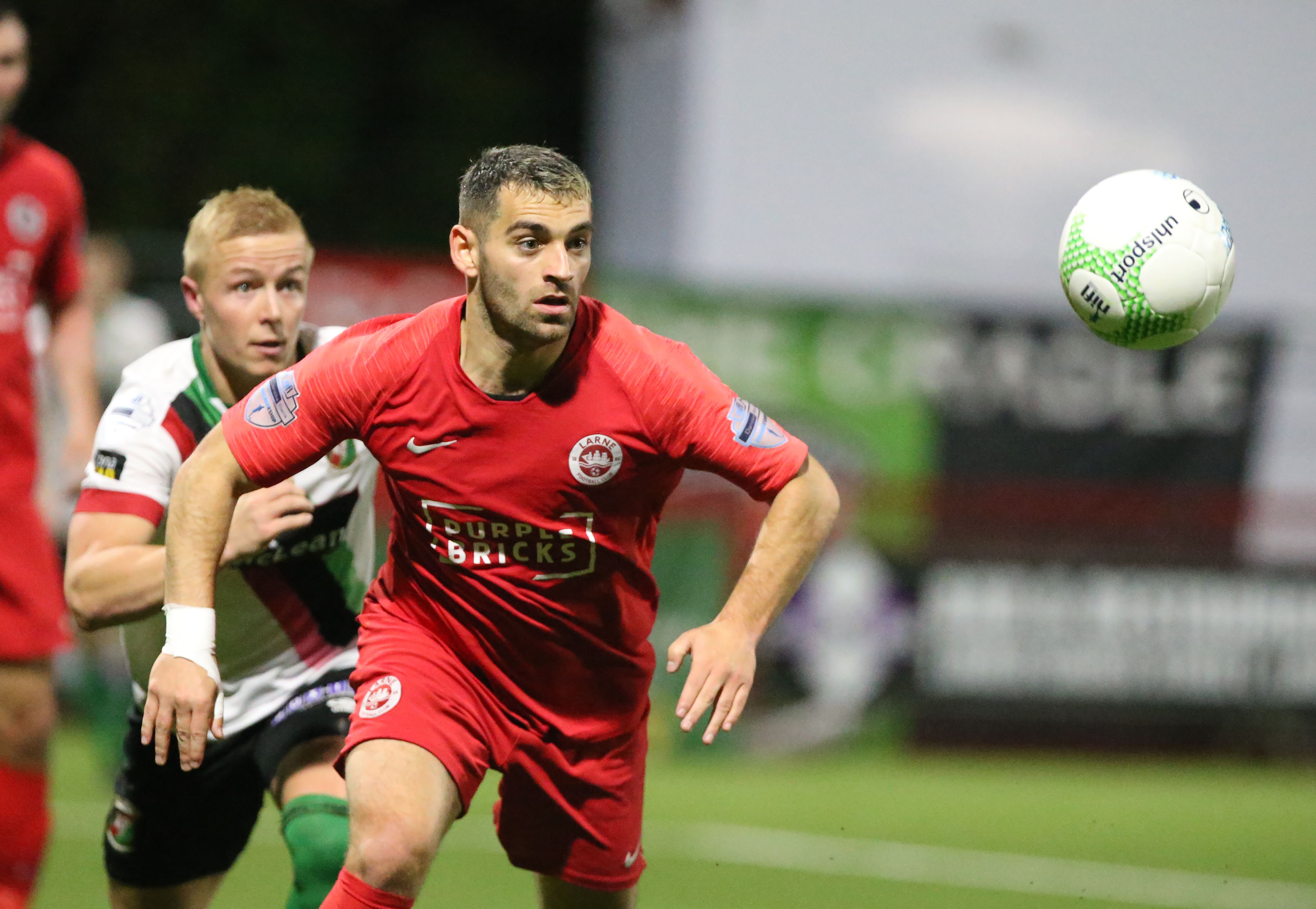 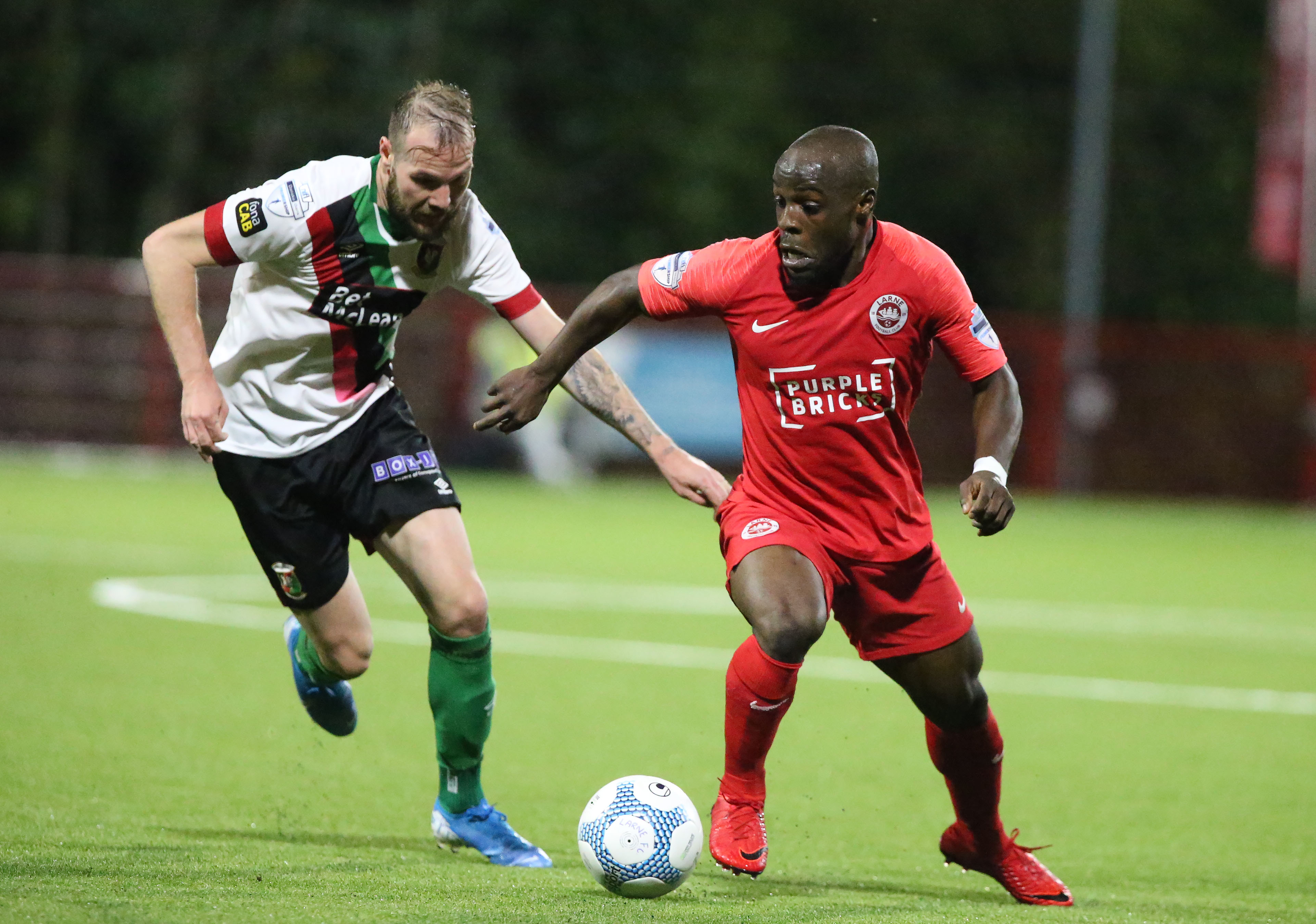 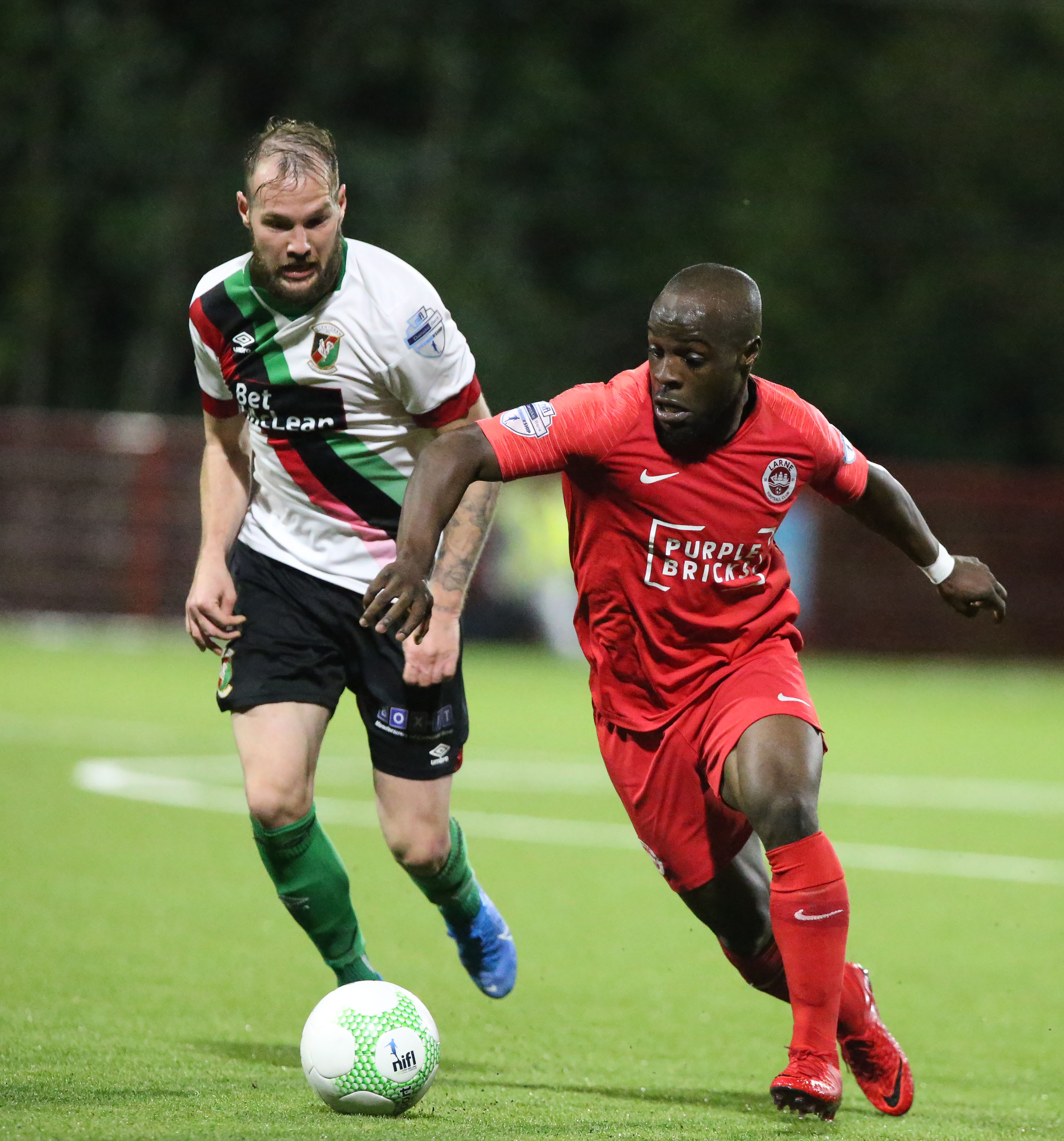 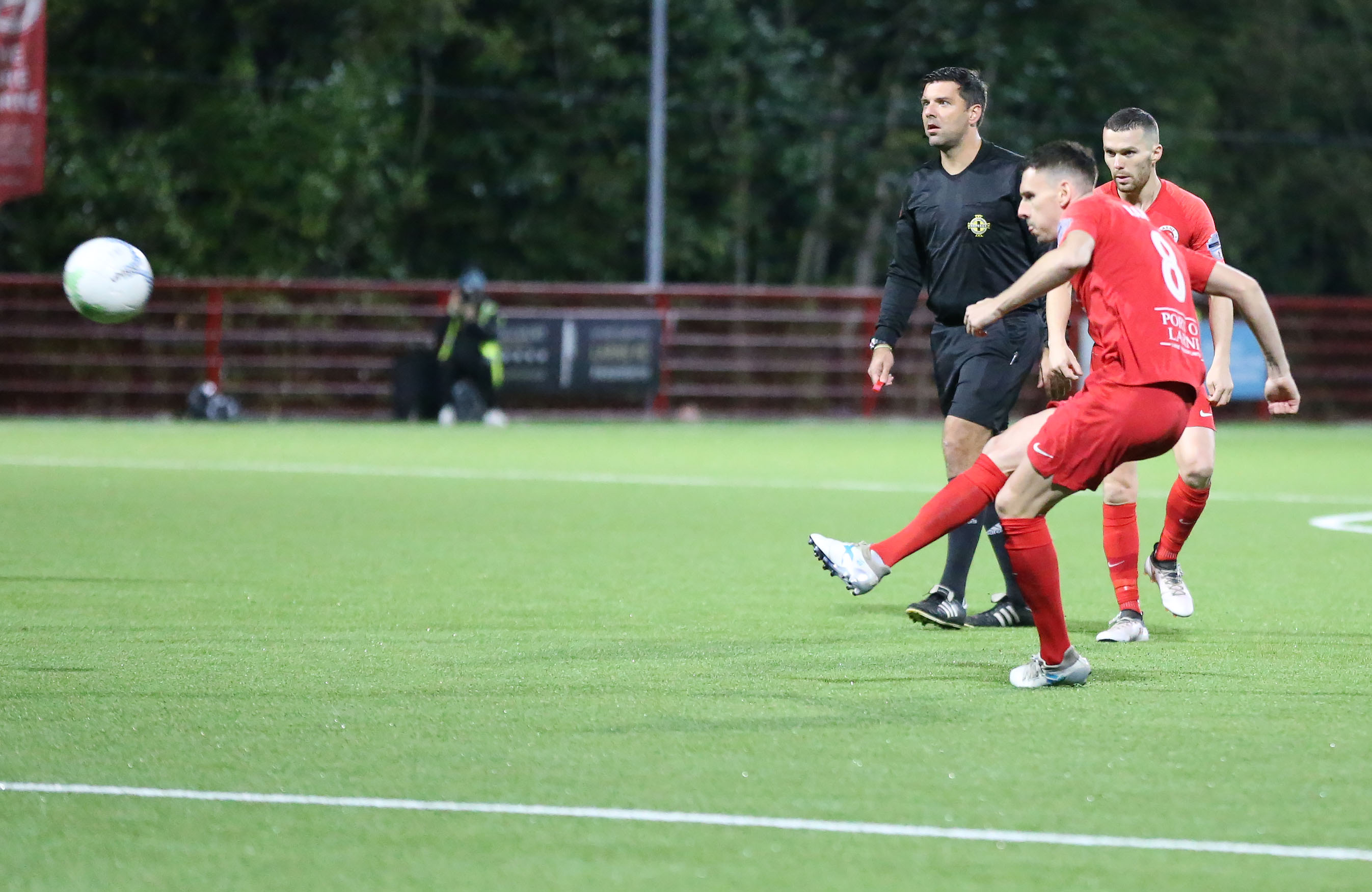