Two Joel Cooper goals towards the end of the first half helped Linfield to a comfortable win over Ballymena United at Windsor Park.

However, it was Kirk Millar who came closest to finding a way through during the early stages of the game. He forced Ross Glendinning to punch away his corner from underneath the crossbar before turning the ball wide from close range soon after.

At the other end Kenny Kane found himself in space inside the area before finding Andy McGrory but his header went off target. Then, not long before the half-hour mark, Leroy Millar curled the ball onto the bar in what was Ballymena's best chance of the game.

The first of Cooper's two goals came on 35 minutes with a left foot drive from the edge of the area after he was allowed to cut inside.

Then, a minute from the break, he doubled Linfield's lead with a clinical finish after Jamie Mulgrew and Mark Stafford combined to find Millar who, in turn, provided the telling cross from the right.

The second half was a much quieter affair with Linfield happy to hold onto what they had while United were unable to find any cutting edge.

The visitors did have a chance to claw something back on 72 minutes when the ball fell for Andrew Burns from Jude Winchester's free-kick but he could only fire into the side netting.

Ballymena did get on the scoresheet right at the end, but even then that came via Linfield defender Jimmy Callacher to turn the ball into his own net following a mix up with keeper Rohan Ferguson. 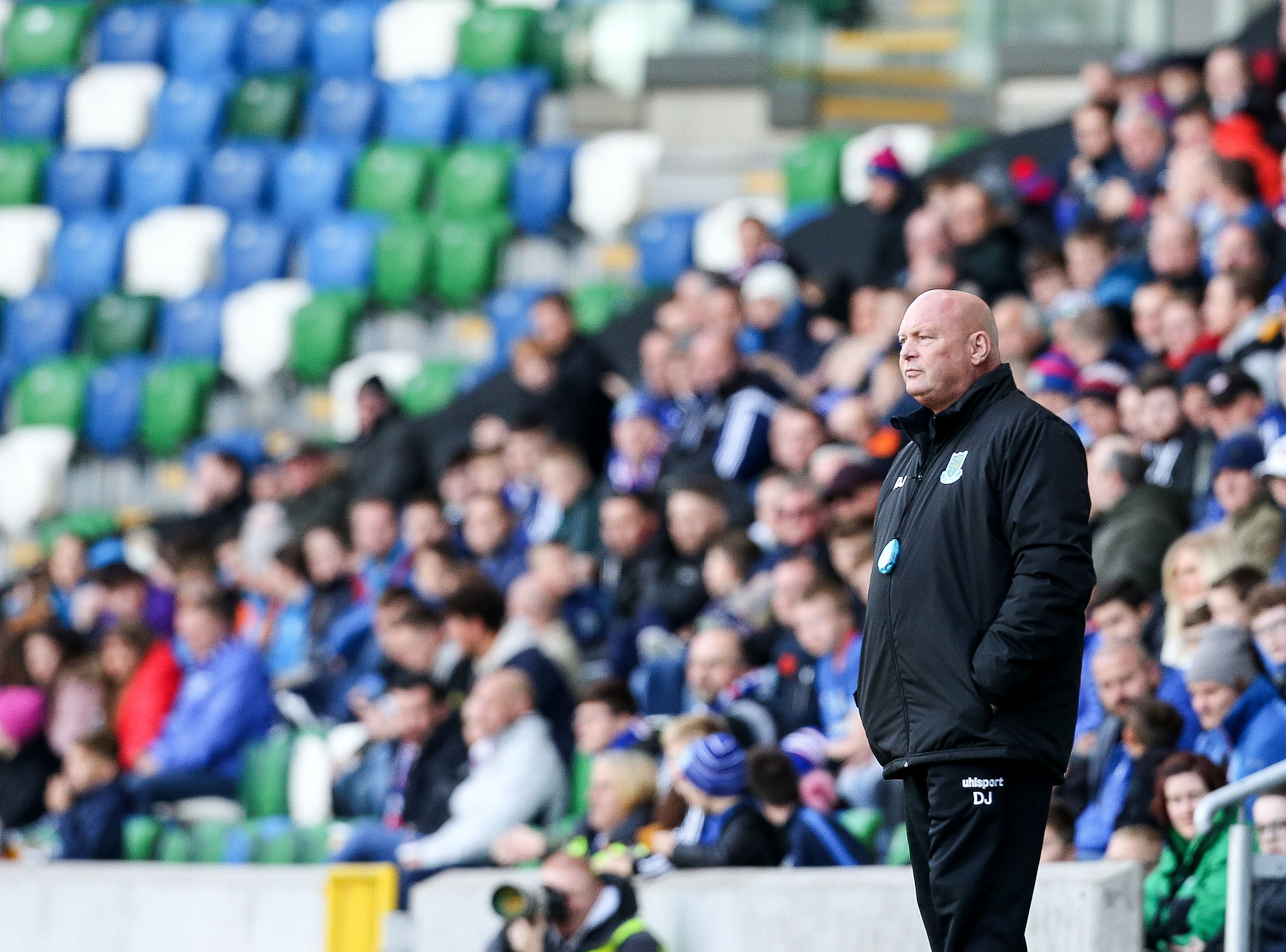 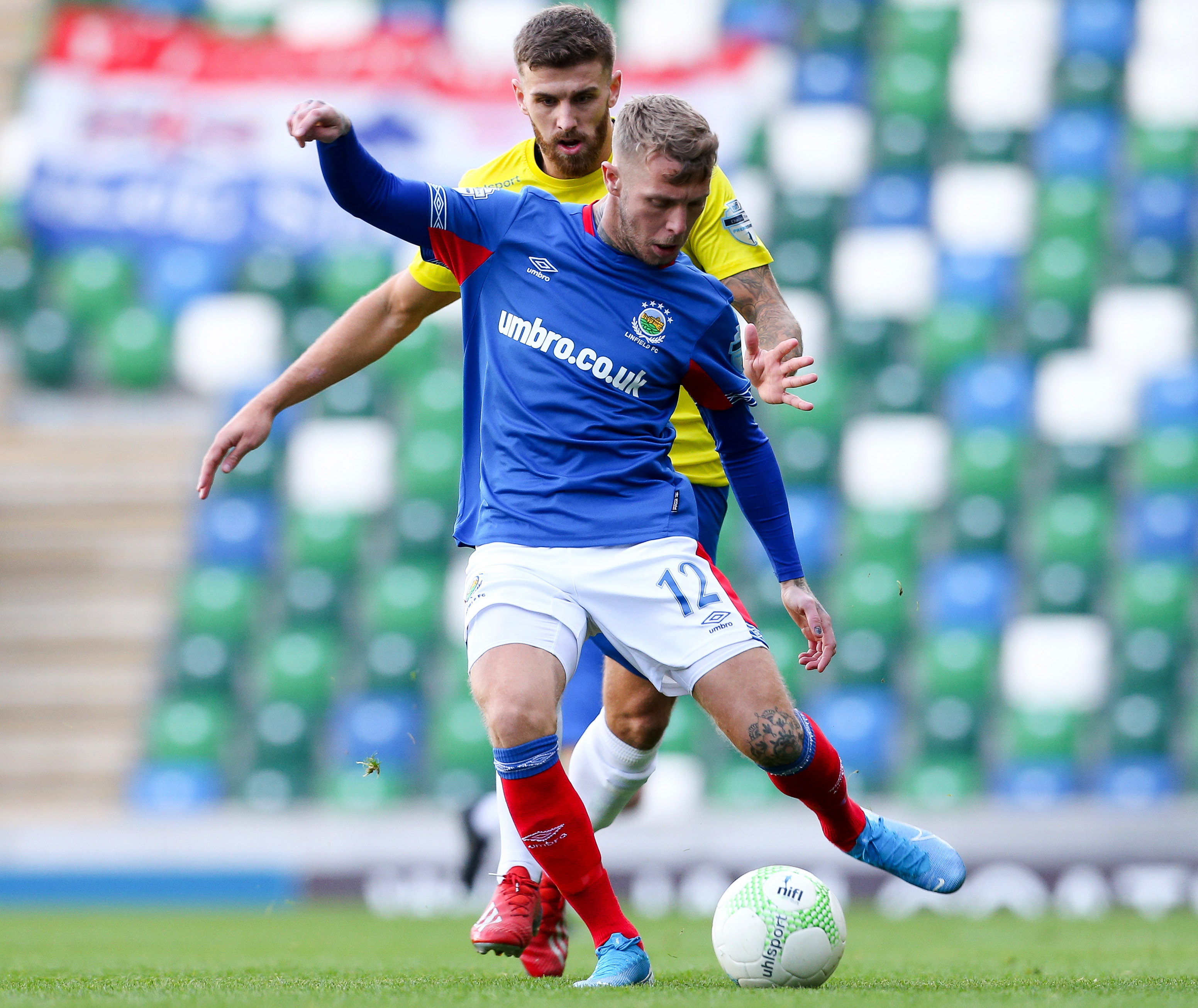 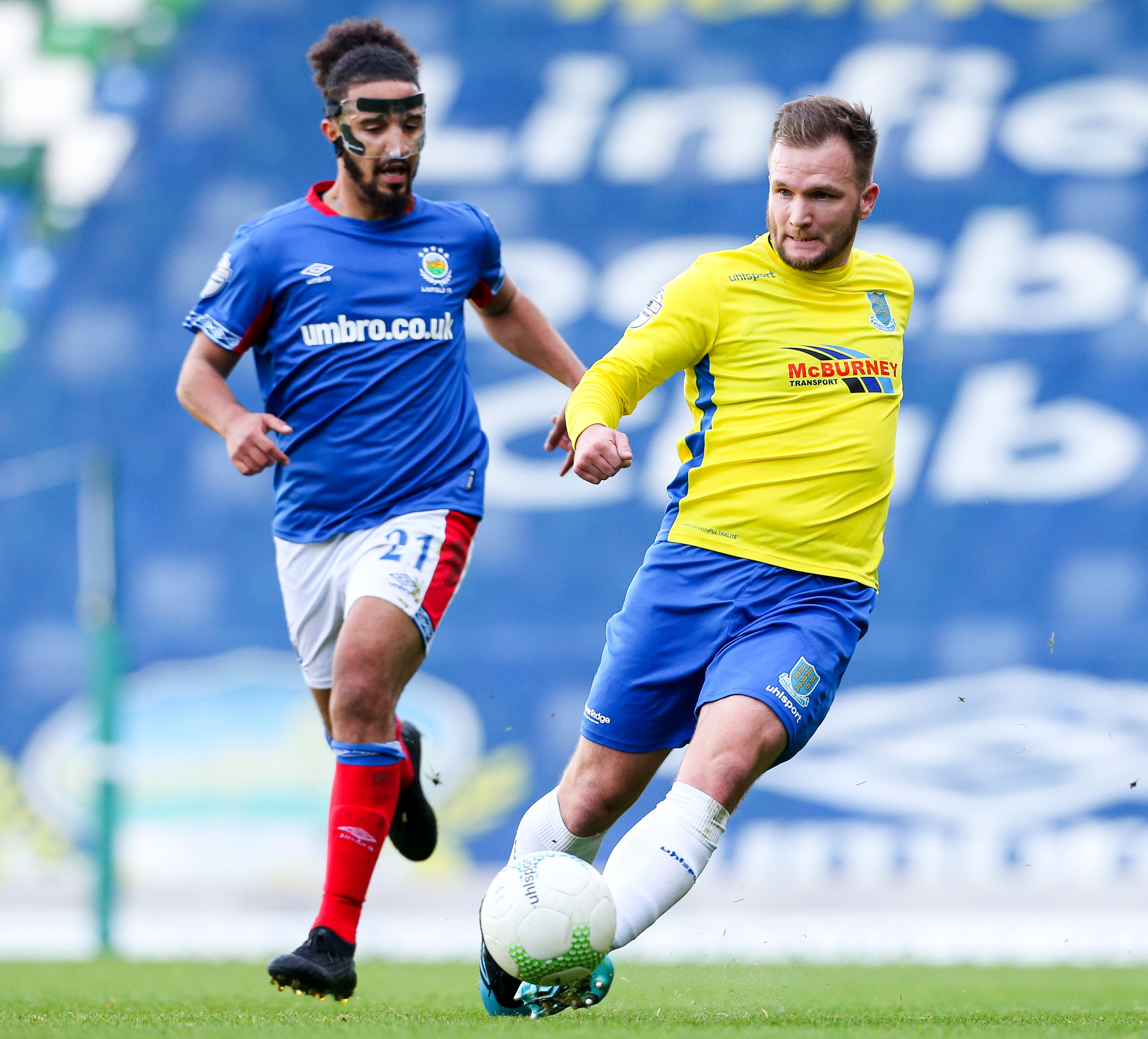 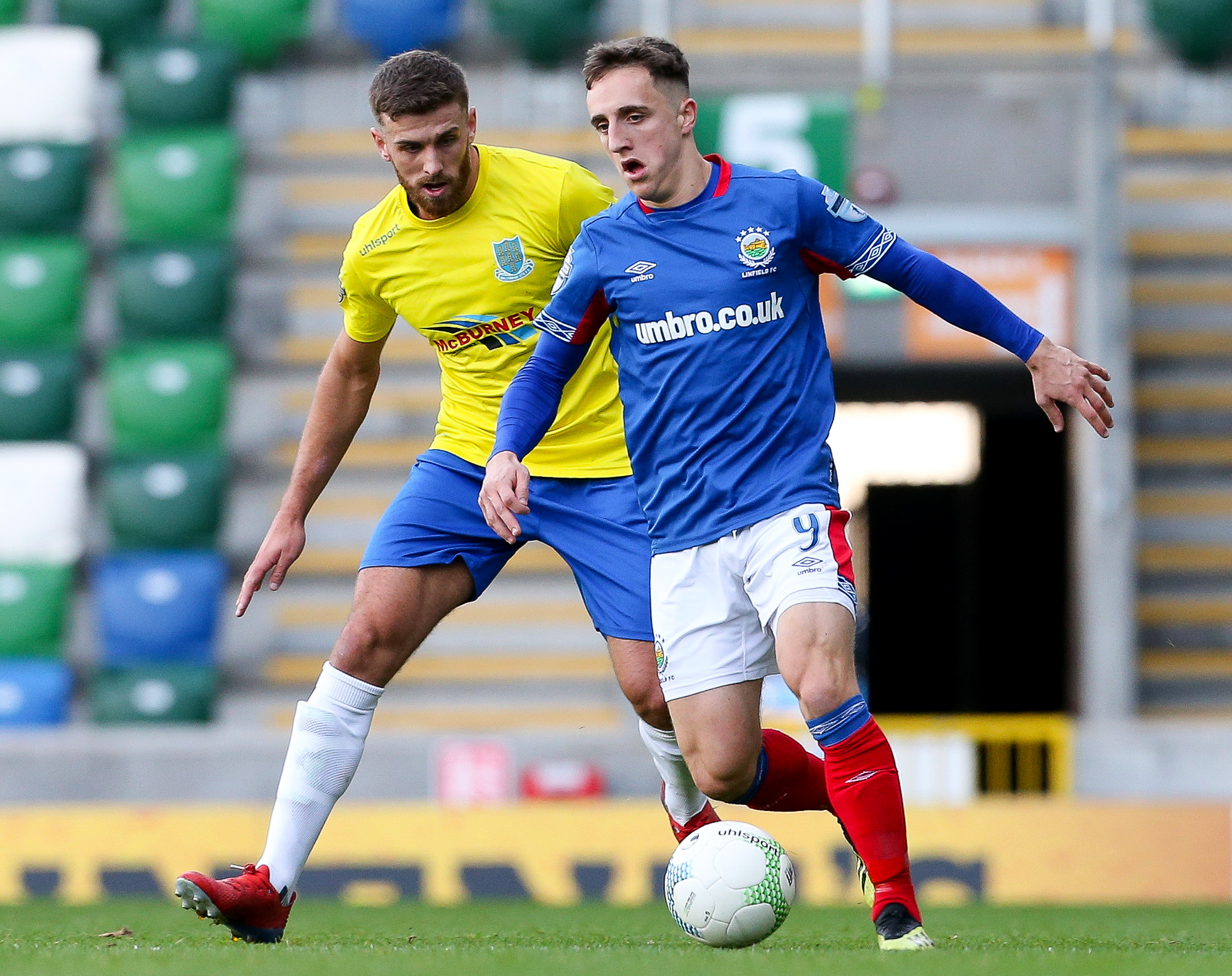 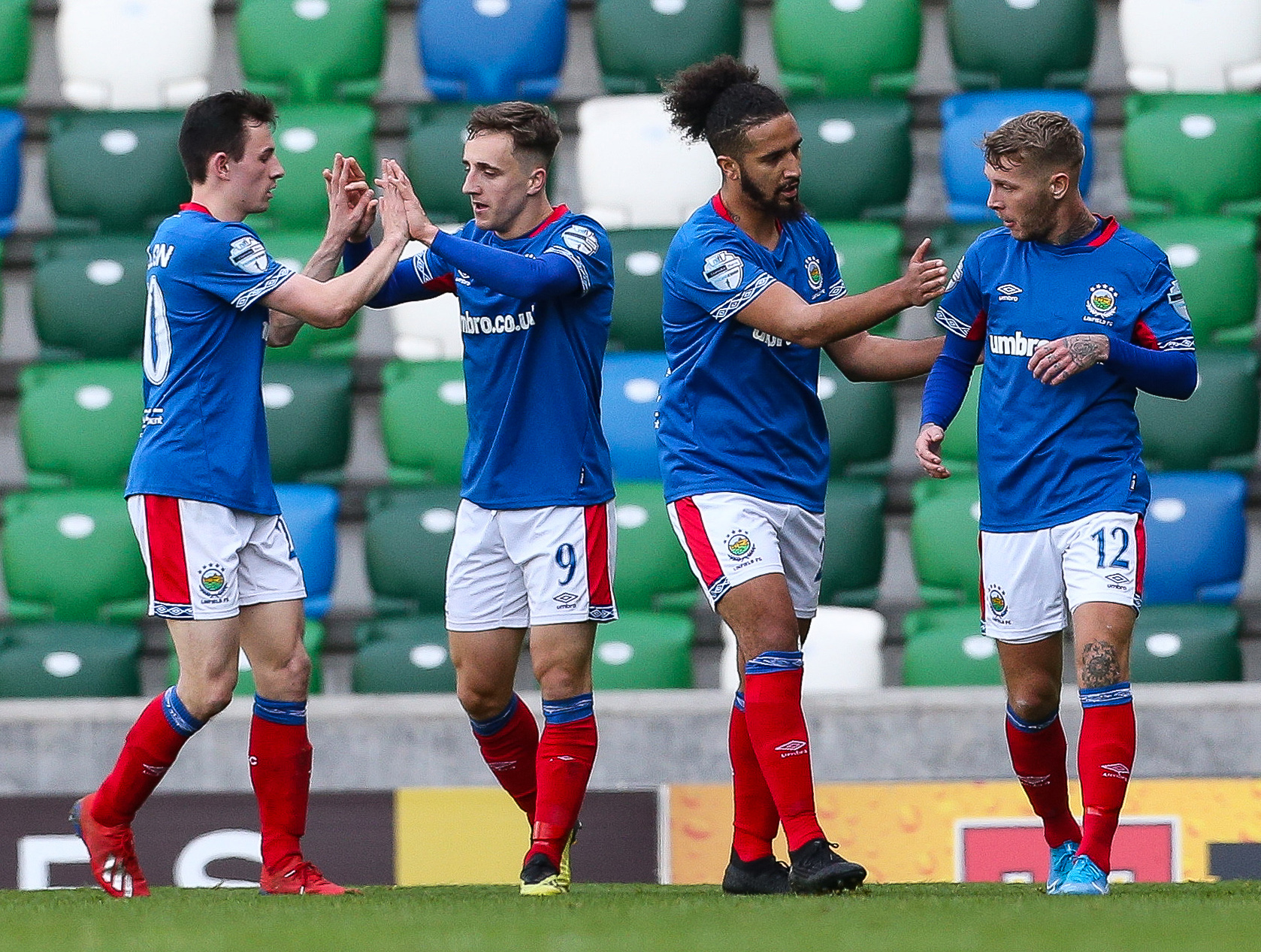 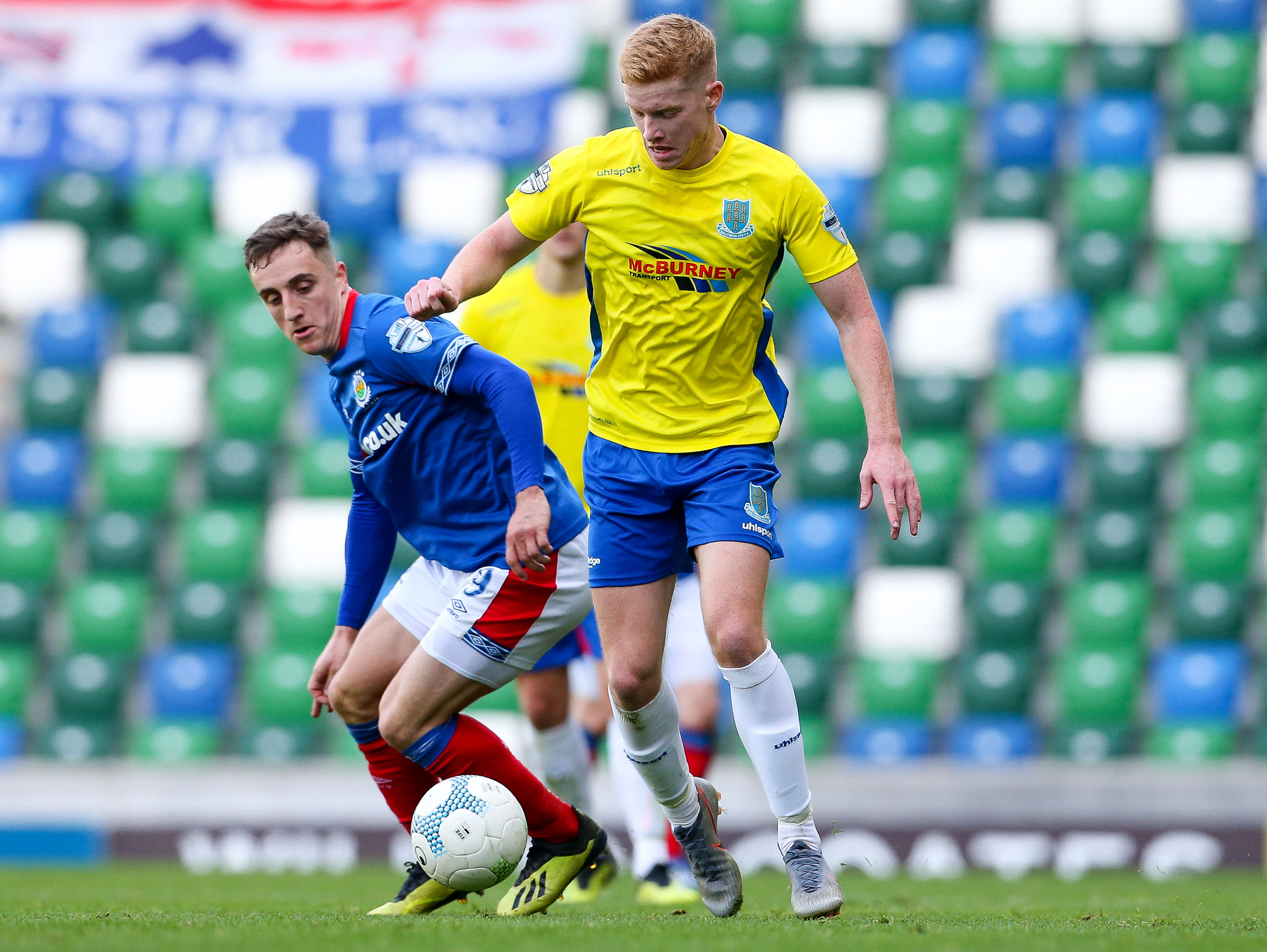