Warrenpoint Town caused arguably the shock result of the season to date with victory over morning leaders Coleraine at Milltown.

The Bannsiders went into the game on the back of a 50-match unbeaten run under boss Oran Kearney while 'Point were languishing at the foot of the table with only one win to their credit all season.

That contrast in form looked to be holding firm during the opening exchanges when Stephen Lowry and Eoin Bradley came close inside the first five minutes.

The pressure continued with only some decent defending keeping the visitors at bay with Lowry and Bradley again being denied while Jamie Glackin produced an excellent stop from teenage keeper Mark Byrne after the half-hour mark.

And still Coleraine knocked on the door, with Aaron Jarvis seeing a header cleared off the line by Anton Reilly ahead of another Byrne stop to keep out Lyndon Kane's right-foot effort.

The deadlock was broken in Warrenpoint's favour just two minutes into the second half when Alan O'Sullivan converted from the spot after Lorcan Forde had been brought down by Steven Douglas.

Normal seemed to be resumed just three minutes later, however, when Glackin slammed home Coleraine's equaliser at the near post after being picked out by Kane.

Glackin then almost immediately edged the Bannsiders in front but he was denied by Reilly's second goalline clearance of the game.

Back came Warrenpoint with Dermot McVeigh heading straight at Chris Johns and then Glackin making a last ditch tackle to nick the ball away from Forde inside the box on the counter-attack.

But Barry Gray's side did get their second goal with around a quarter-of-an-hour to go when O'Sullivan doubled up with a left-foot drive under Johns after beating the offside trip.

Nedas Maciulaitis had the ball in the net for Coleraine soon after but his close range finish was ruled out offside.

However substitute Brandon Doyle put the issue beyond all doubt for 'Point deep into added time when he suddenly found himself clear to run into the box and beat Johns into the far bottom corner to spark scenes of jubilation amongst the home faithful. 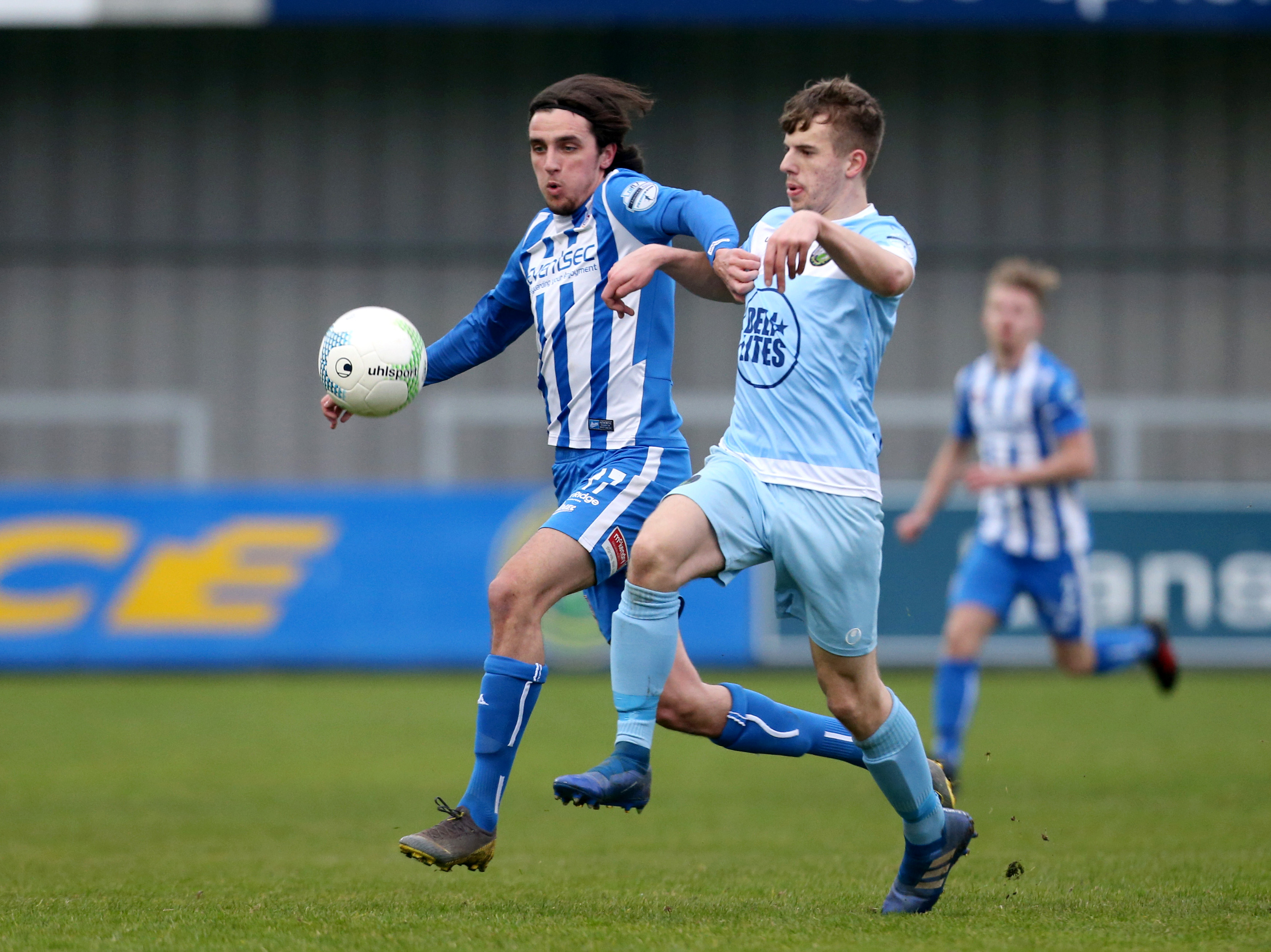 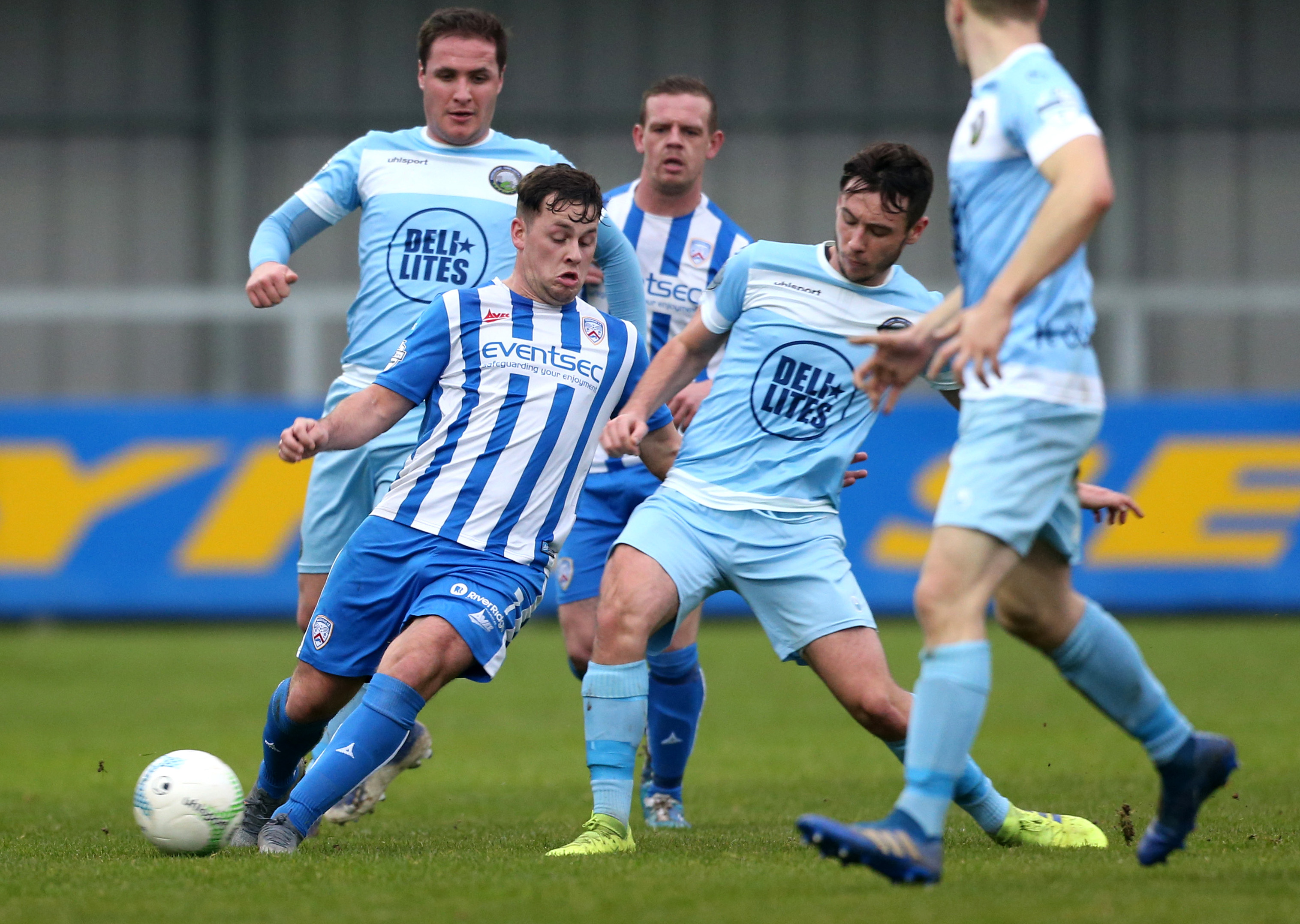 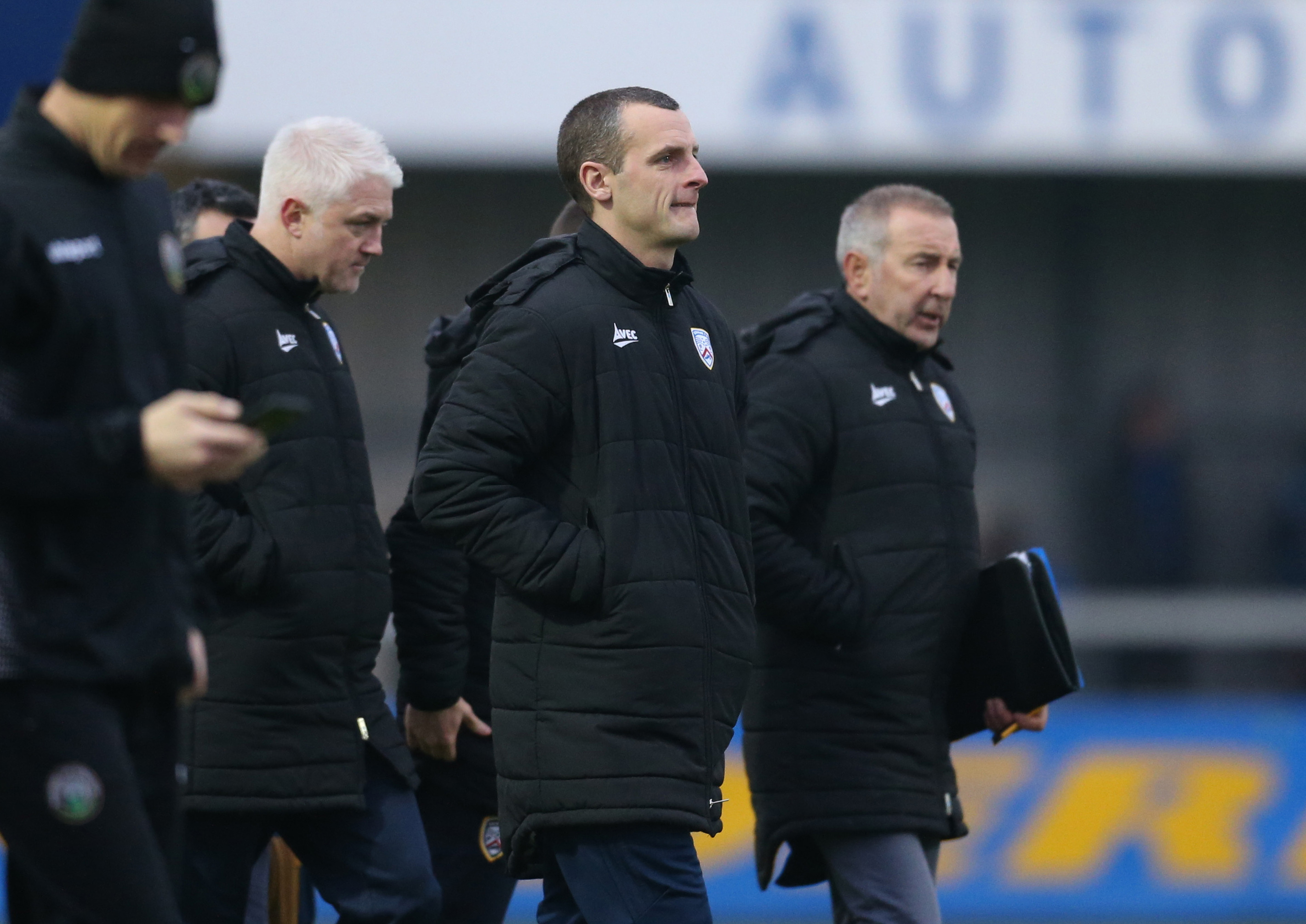 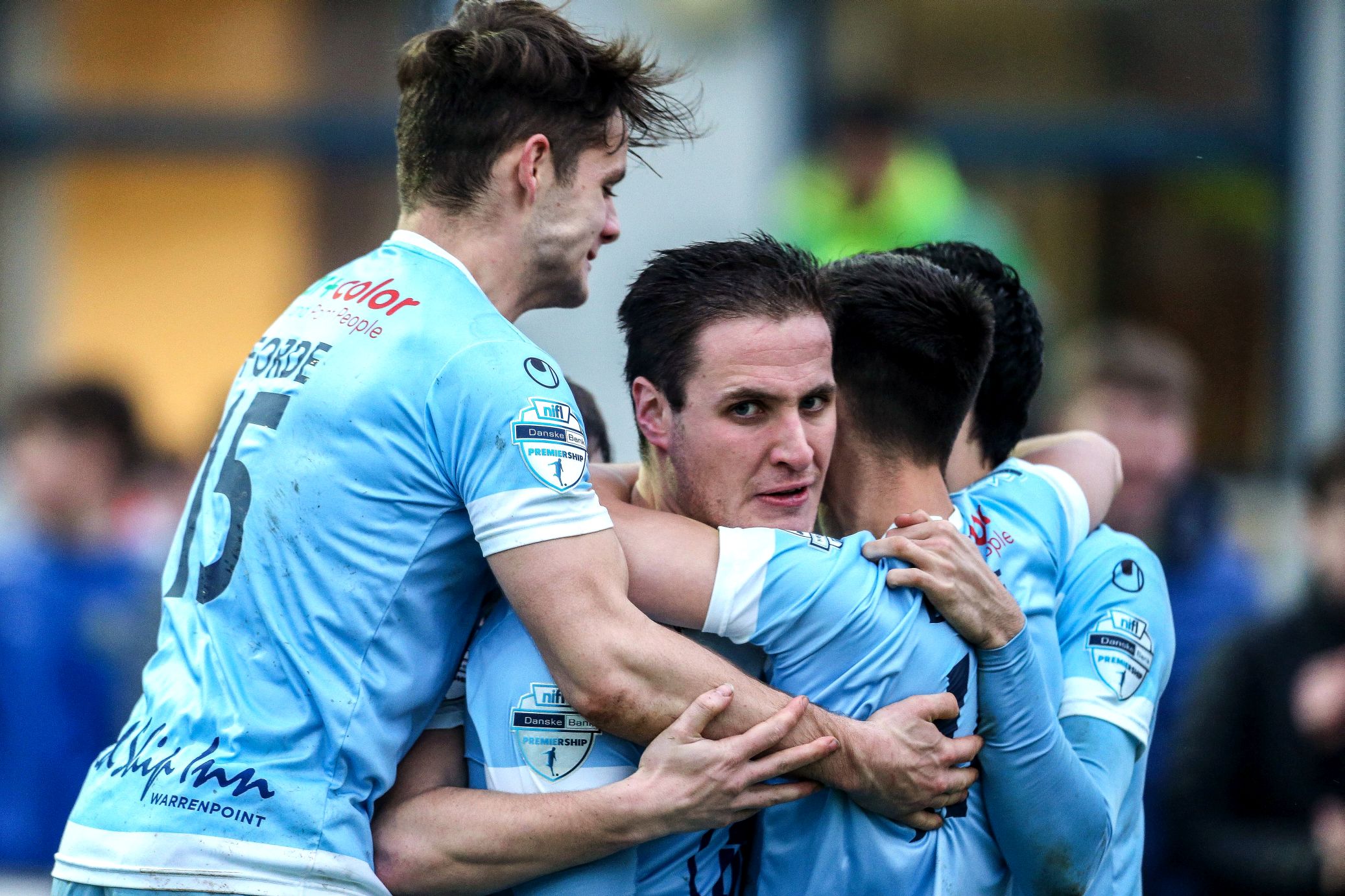