GLENS TOO STRONG FOR REDS AT SOLITUDE

Goals early in each half from Cameron Stewart and Chris Gallagher helped Glentoran defeat Cliftonville at Solitude.

The Glens came storming out of the blocks with Robbie McDaid twice coming close during the opening exchanges before, on four minutes, Cameron Stewart poked home from point blank range after Marcus Kane had beaten Richard Brush to the ball to knock it across the face of goal.

Mick McDermott's side might have added to their lead with efforts from Paul O'Neill and Gallagher but Cliftonville almost levelled just before the break when a Ronan Doherty corner wasn't dealt with by Marijan Antolovic only for both Aaron and Rory Donnelly to fail to take advantage of the opportunity.

But Glentoran did extend their advantage seven minutes after the interval when Gallagher sent a left-foot effort from the edge of the area beyond Brush after a long ball into the box wasn't cleared.

The Reds did come close just before the hour through Doherty's drive just over the bar but, on 80 minutes, they were given a boost when Hrvoje Plum's was sent-off for a foul on Thomas Maguire for what was his second booking of the game.

This sparked the home side into a concerted effort to salvage something from their afternoon with Conor McMenamin skimming the crossbar at the far post.

They did have the ball in the net soon after but Rory Donnelly's 'goal' was ruled out offside before, right at the end, Glentoran could have snatched a third when Elvio van Overbeek broke clear to lay the ball off for Conor Pepper but he squandered the chance allowing Brush to gather safely. 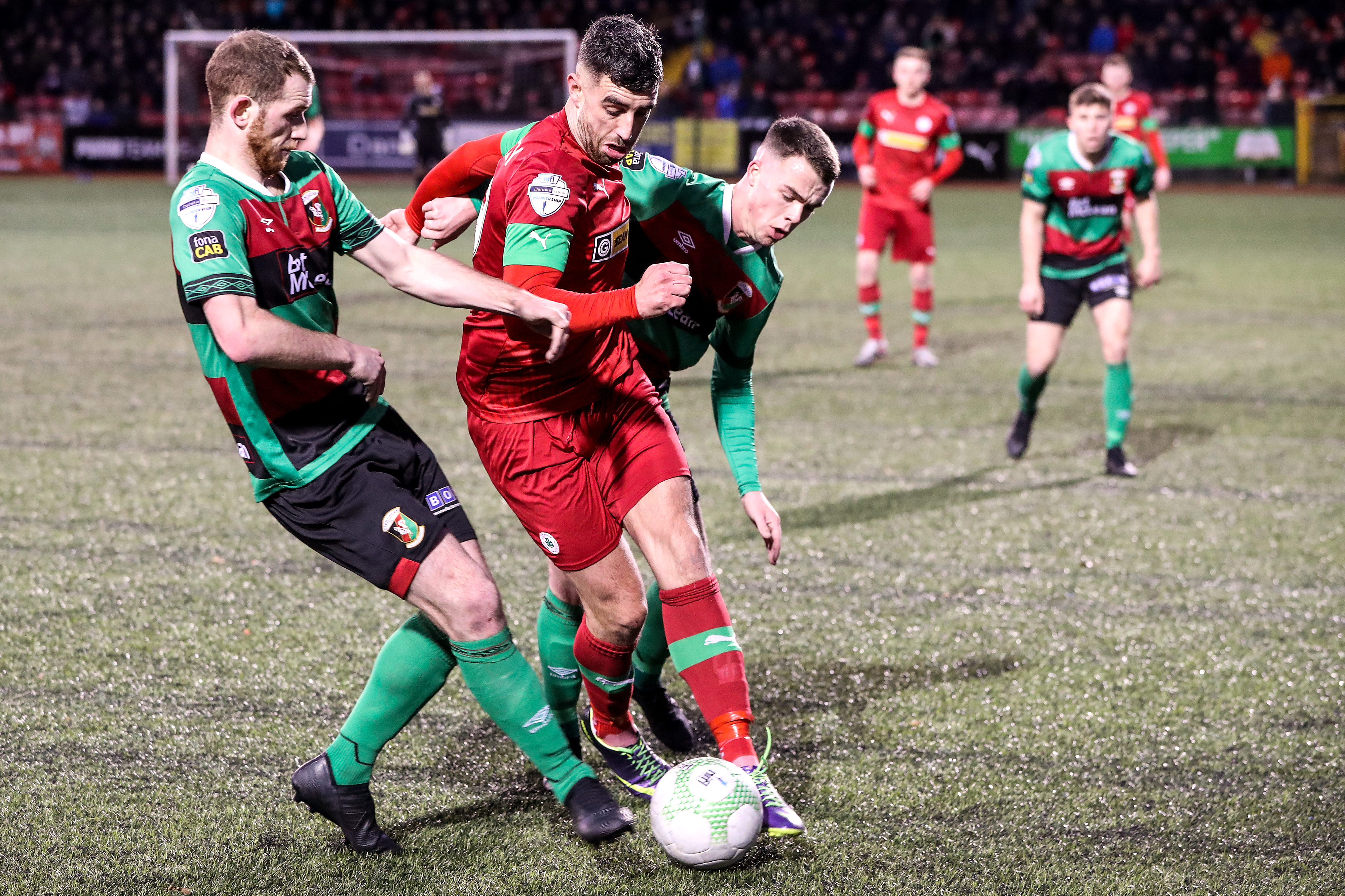 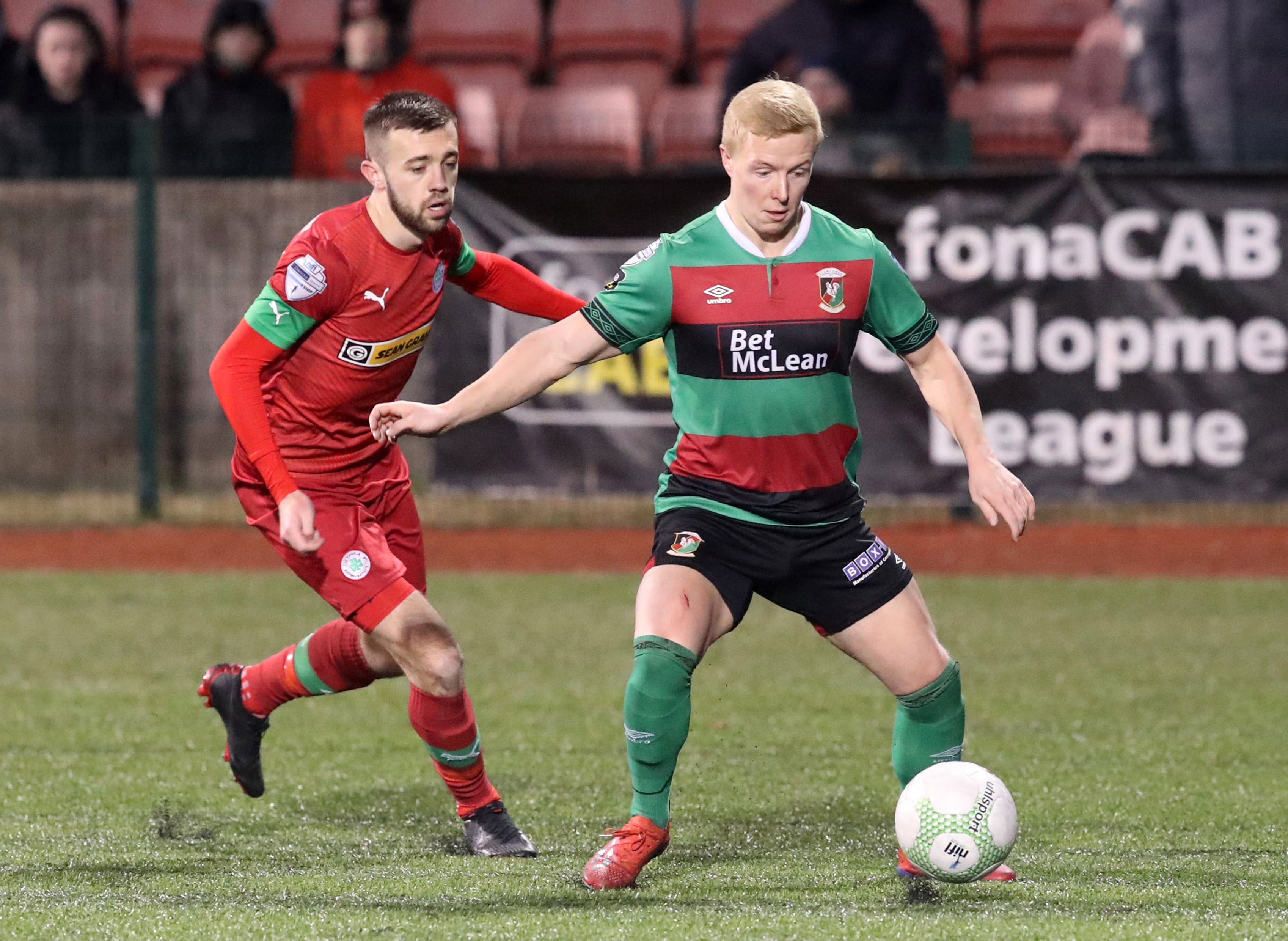 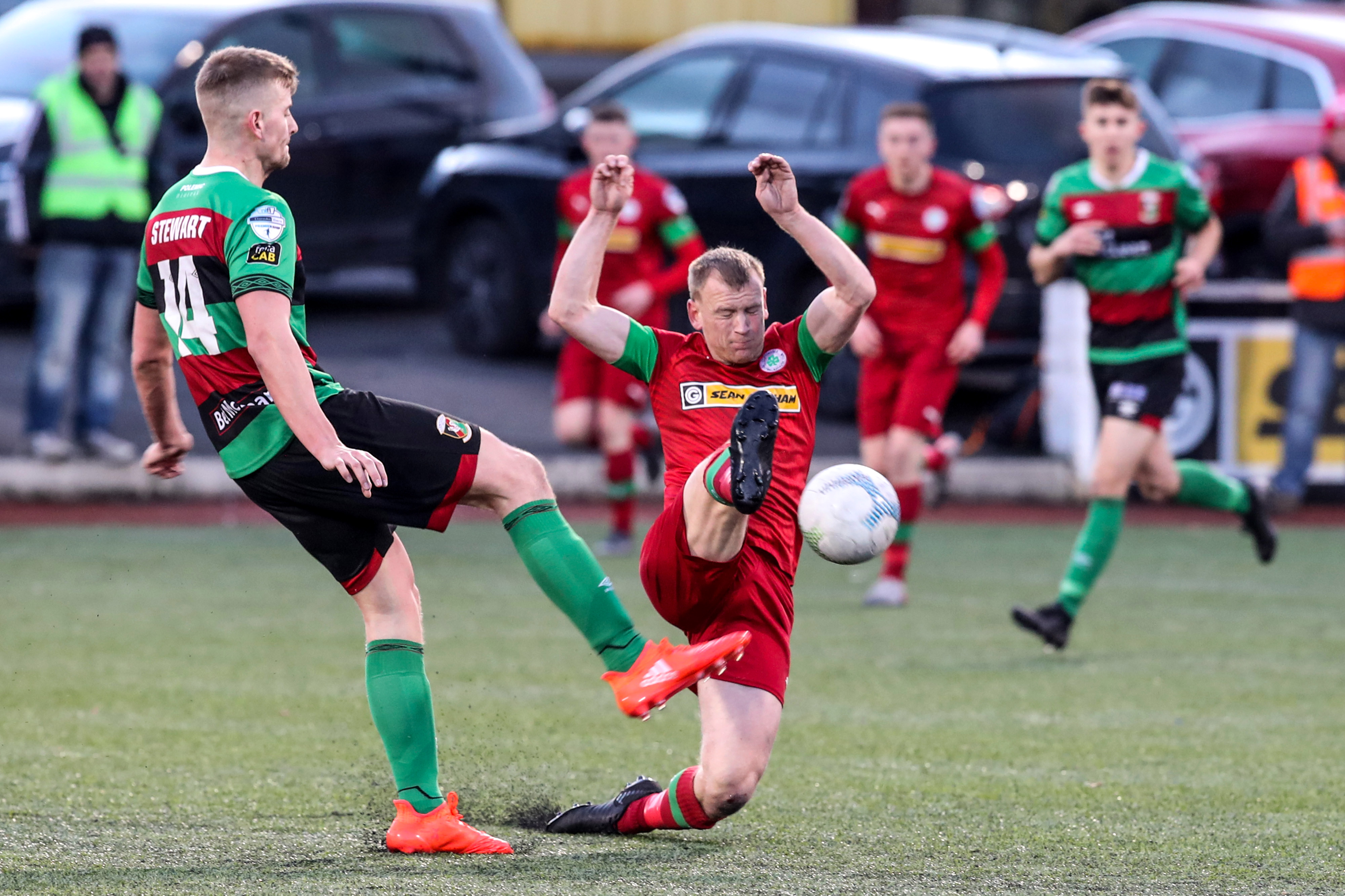 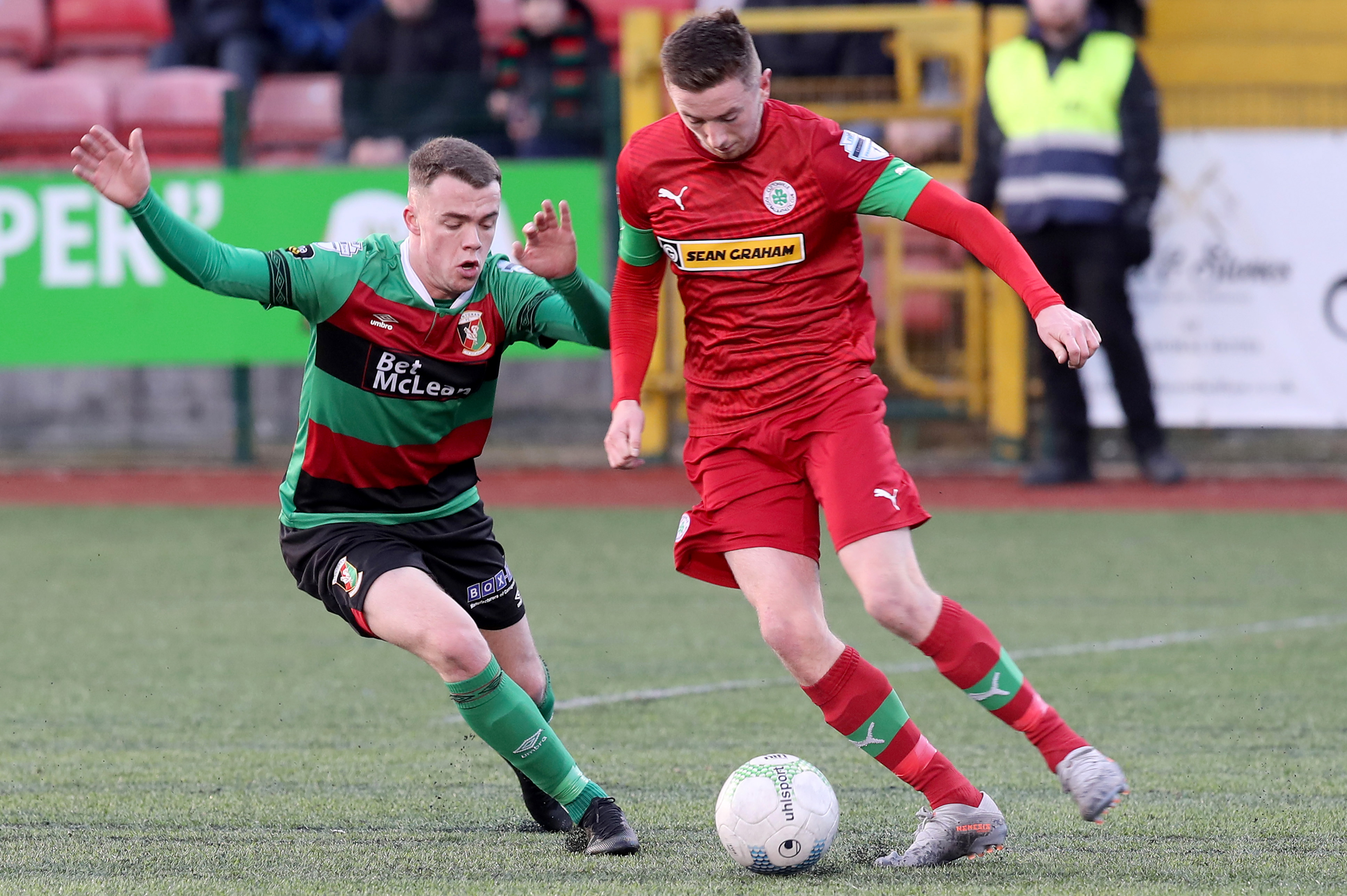 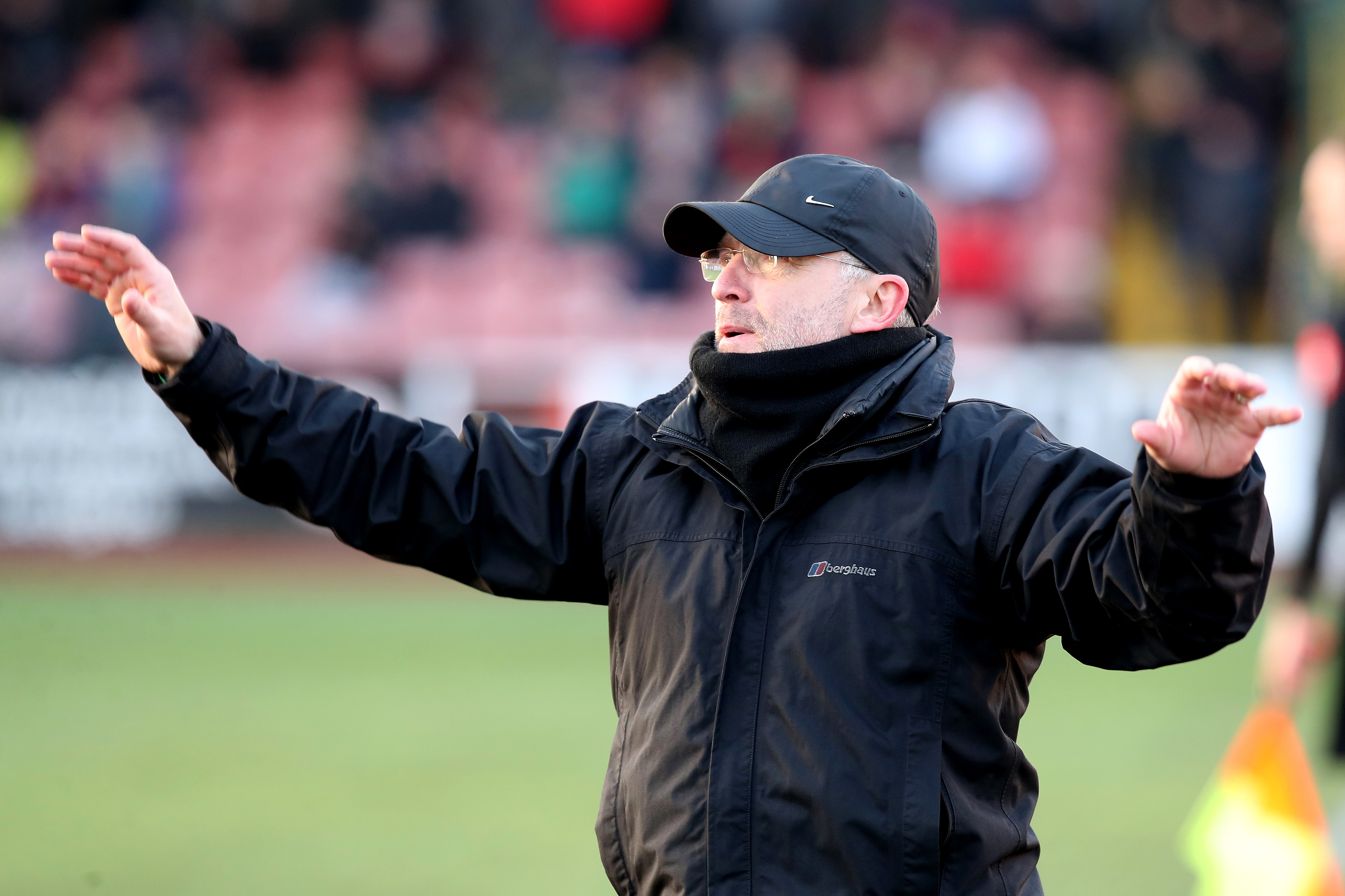 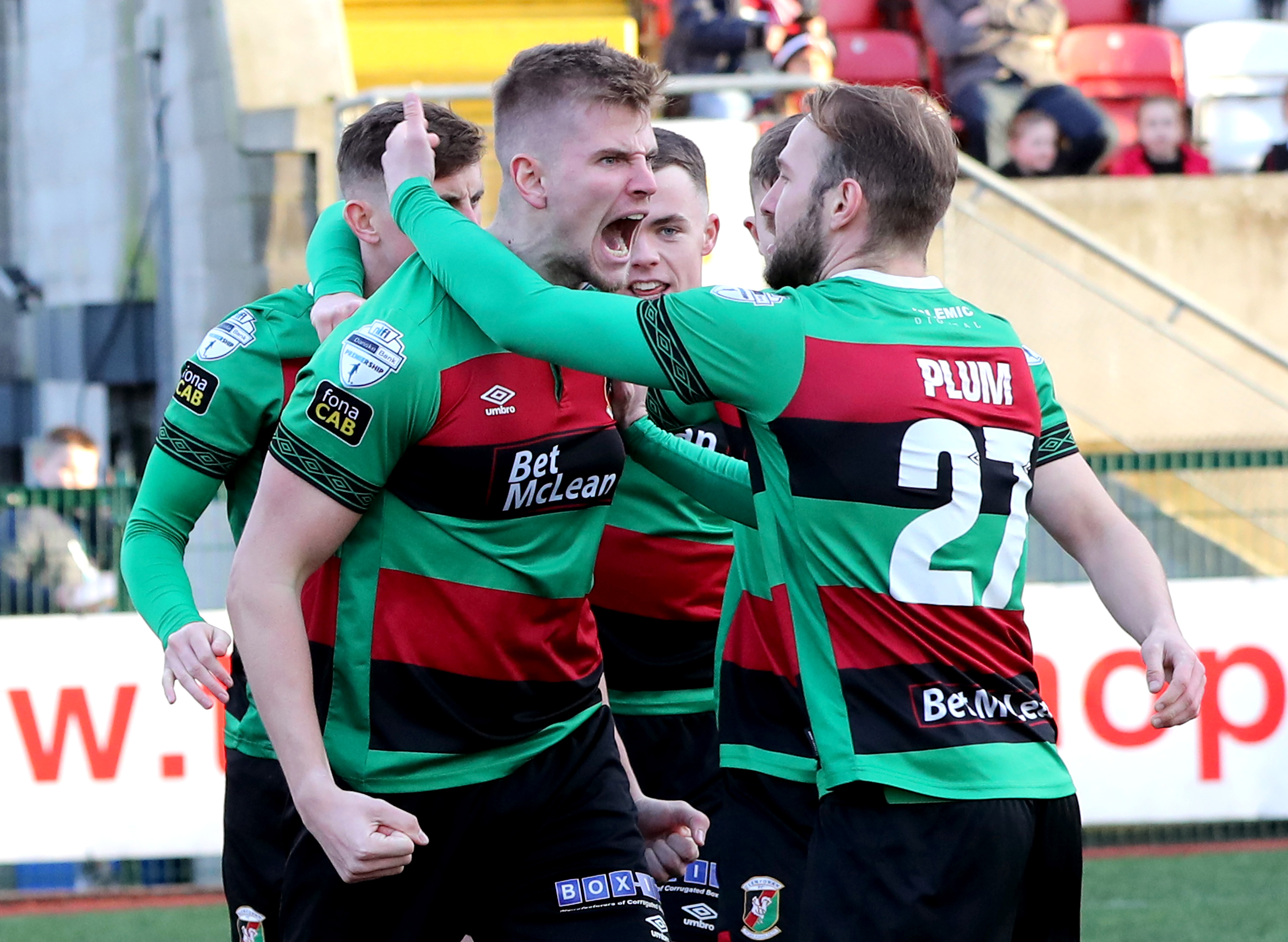