Robinson turned home what proved to be the decisive goal on 86 minutes from close range after Andrew Mitchell's free-kick was palmed into his path by Larne keeper Conor Devlin under pressure from Mark Stafford.

The first half was an even affair with both sides having chances but unable to make them count.

Stephen Fallon tested Devlin with a strong 25-yard drive early on with Shayne Lavery have a couple of chances in quick succession soon after.

Larne's best efforts came through a Ben Tilney shot over from inside the area and Marty Donnelly having a go from a tight angle on the left.

There were few chances in a relatively quiet second half with perhaps Lavery having the best opening when his header from a Kirk Millar corner was saved by Devlin.

But the tempo of the half changed in the closing few minutes when Larne's Davy McDaid turned the ball against the inside of the post then rolling across the face of goal to safety before, moments later, Robinson turned home the only goal of the game. 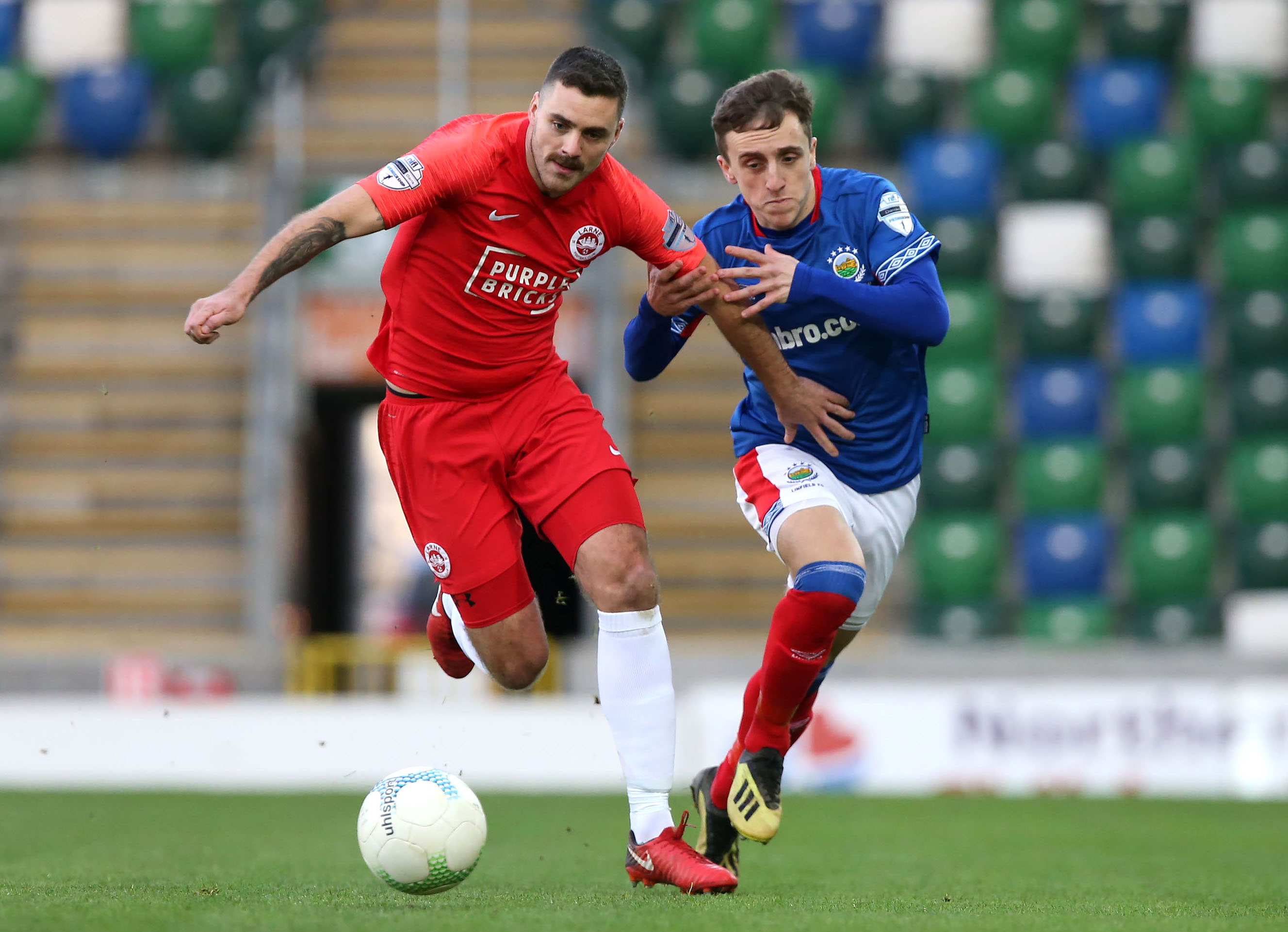 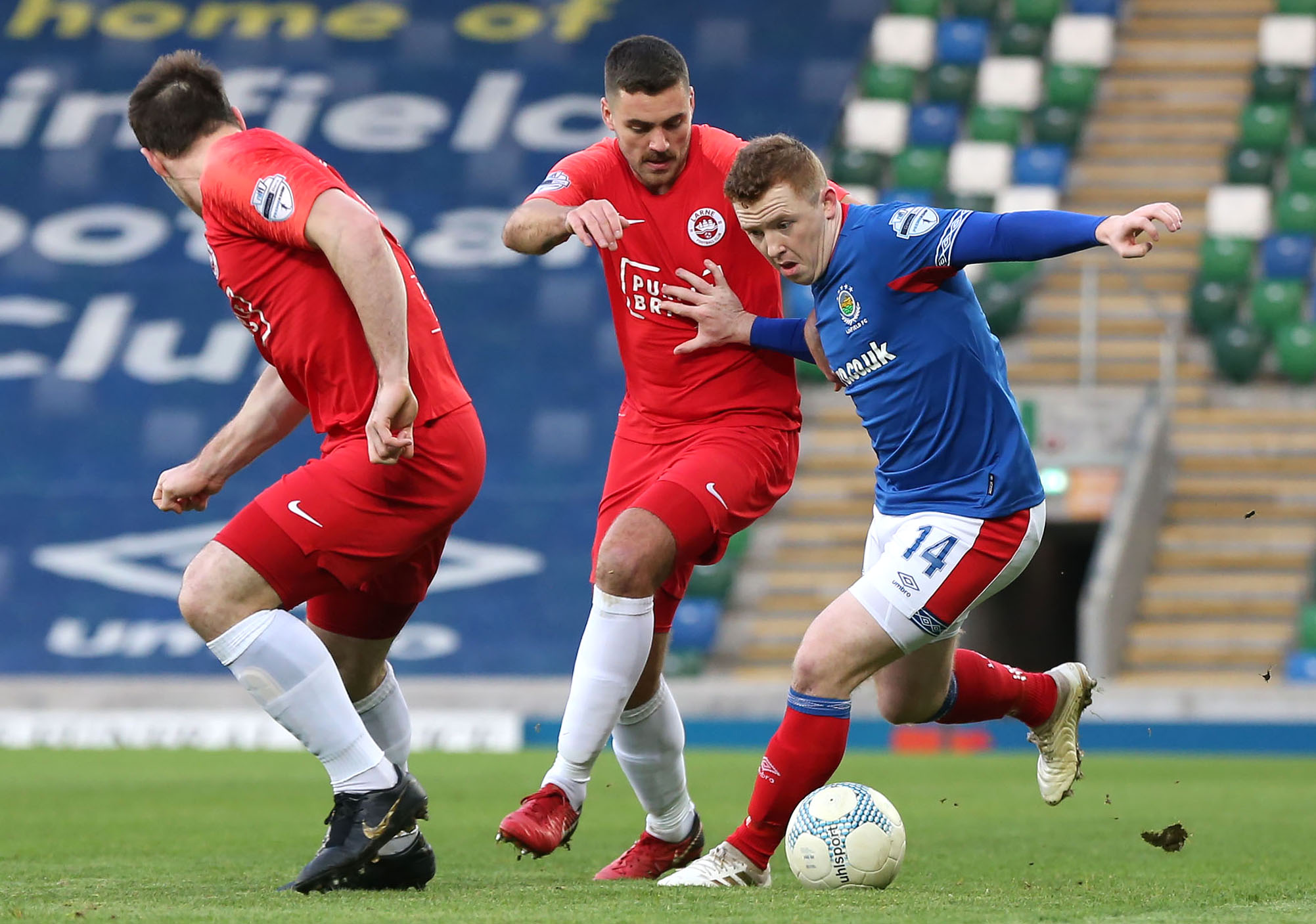 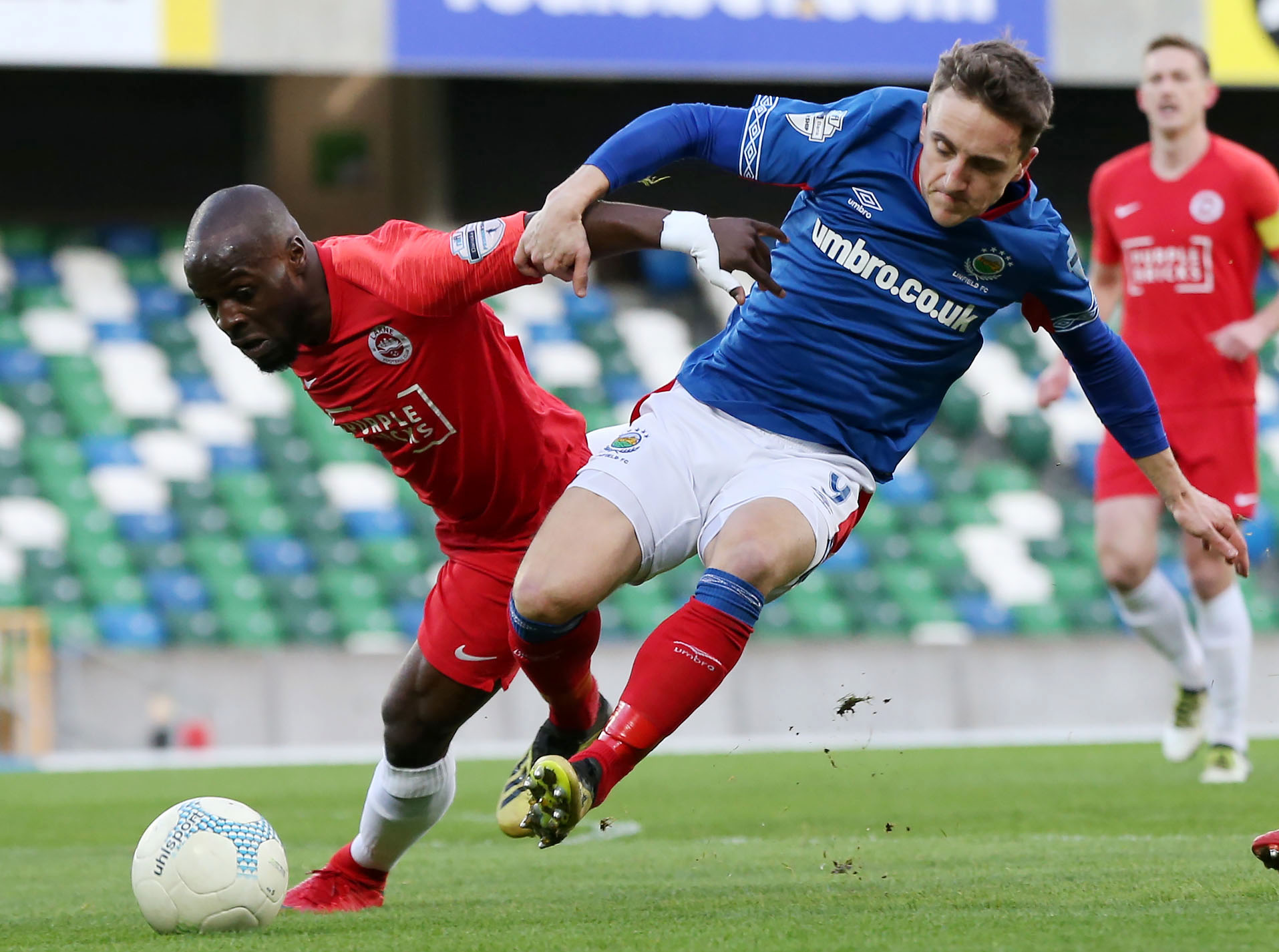 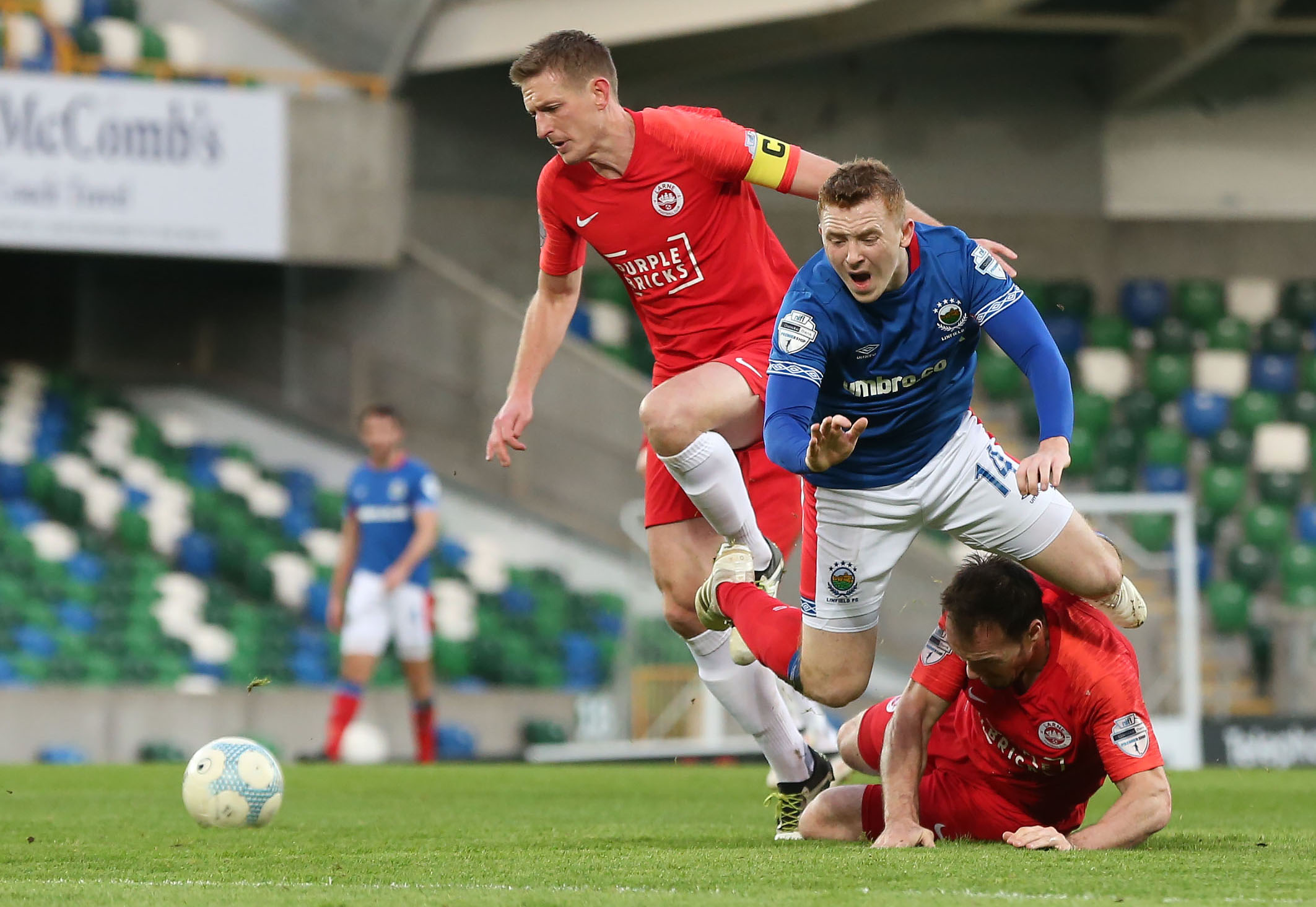 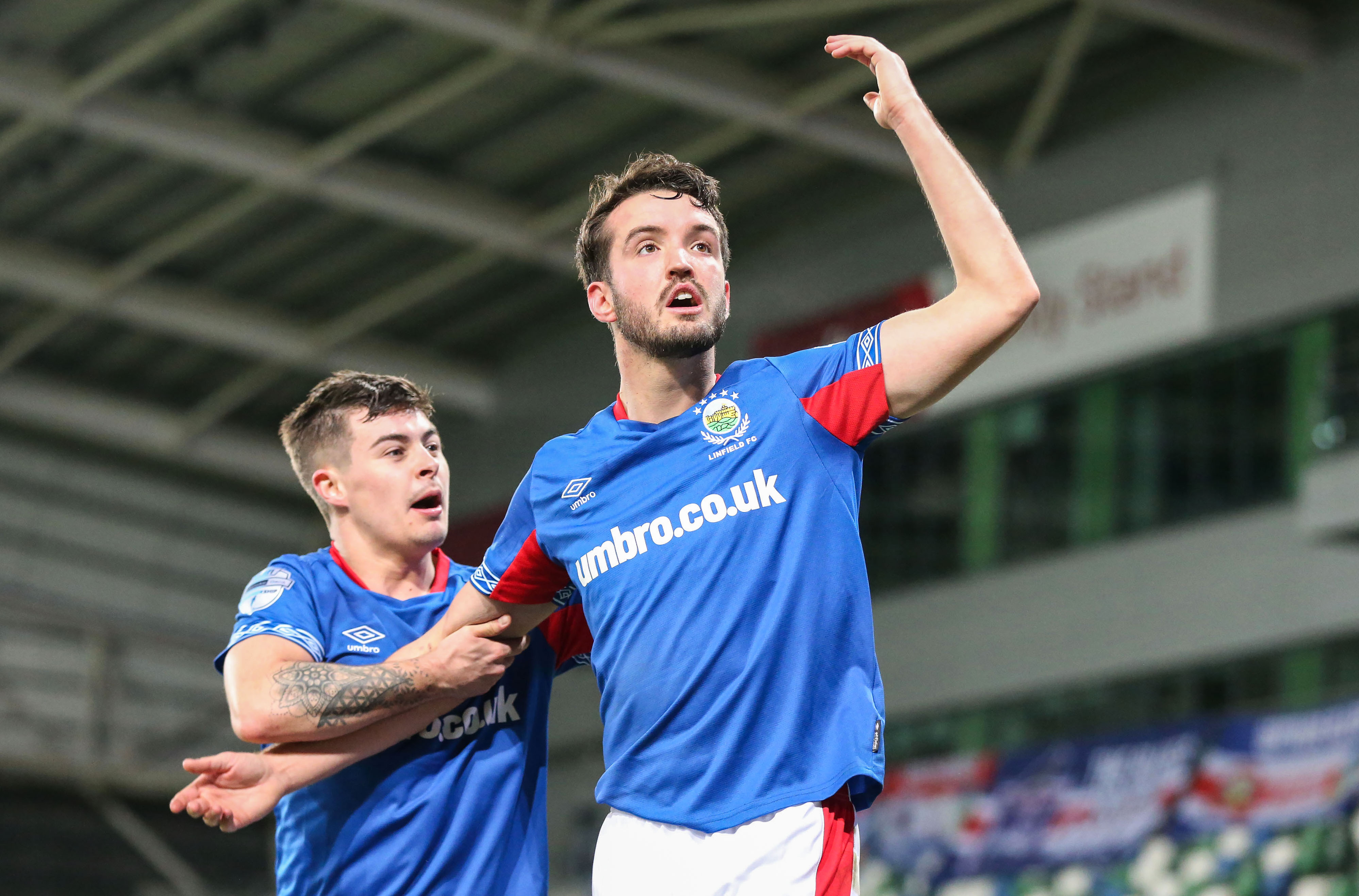 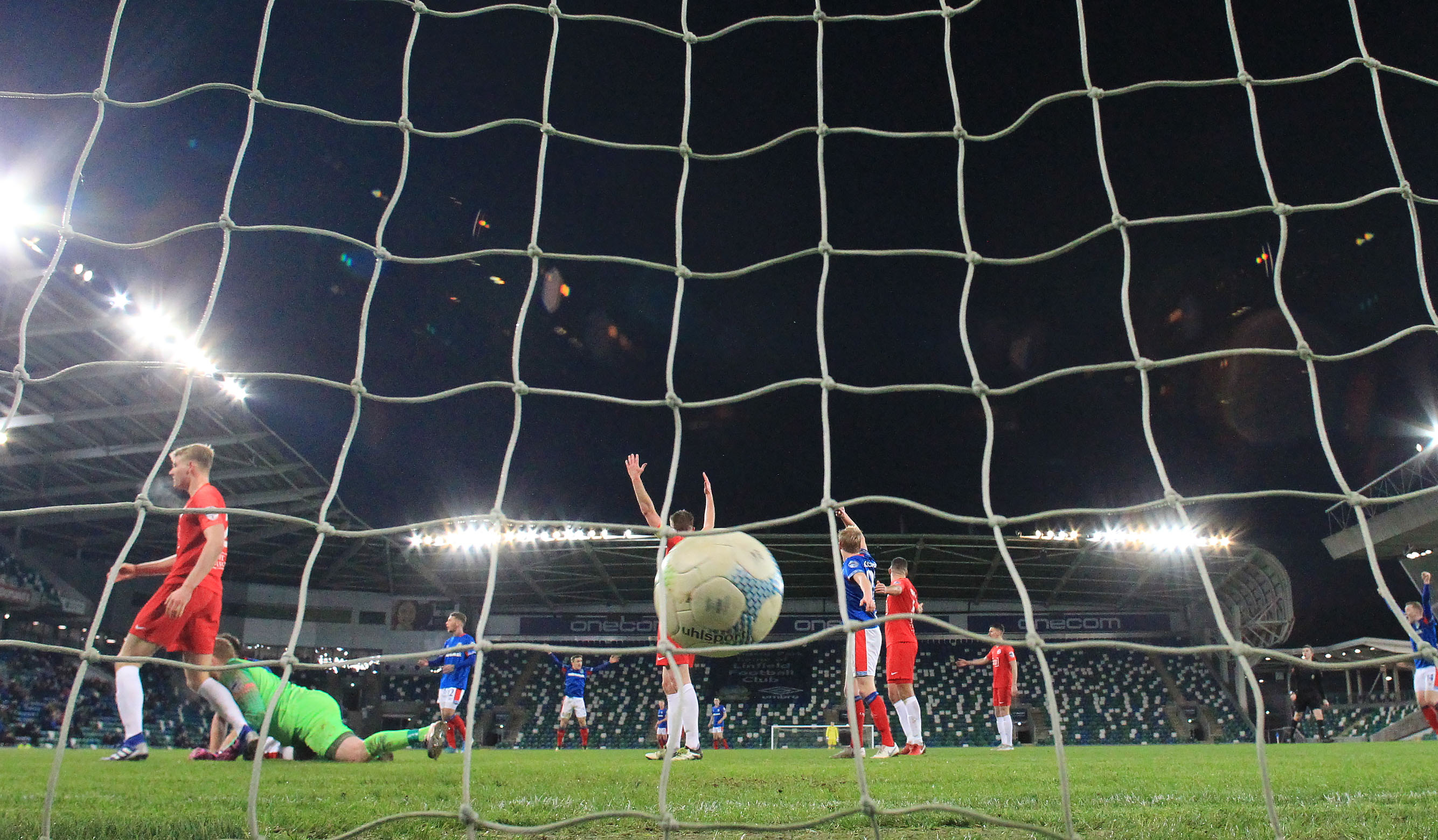