Conor McMenamin grabbed a late winner as Cliftonville defeated Coleraine in an enthralling clash at Solitude.

McMenamin struck on 84 minutes with a header in off the crossbar at the back post after Aaron Donnelly had delivered the ball from deep on the right.

Coleraine squandered an early chance to seize the advantage when Jamie Glackin failed to take advantage after James McLaughlin pulled the ball back into his path before the Reds responded when McMenamin saw an effort pushed after by Chris Johns after being teed up by Joe Gormley.

The chances continued with an Eoin Bradley free-kick, a Ben Doherty shot just past the post and a McMenamin drive from distance. Doherty was then thwarted again from 30-yards with Brush diving to tip the ball away for a corner.

The second half was initially bereft of decent scoring opportunities before Brush did well to tip Stephen O'Donnell's header around the post. Then, moments later, Ian Parkhill skimmed the crossbar with a right-foot effort from a tight angle.

Coleraine continued to press with Josh Carson somehow failing to beat Brush from three yards but, ultimately, the points stayed in North Belfast when McMenamin powerfully headed home to move the Reds into second spot a point ahead of the Bannsiders. 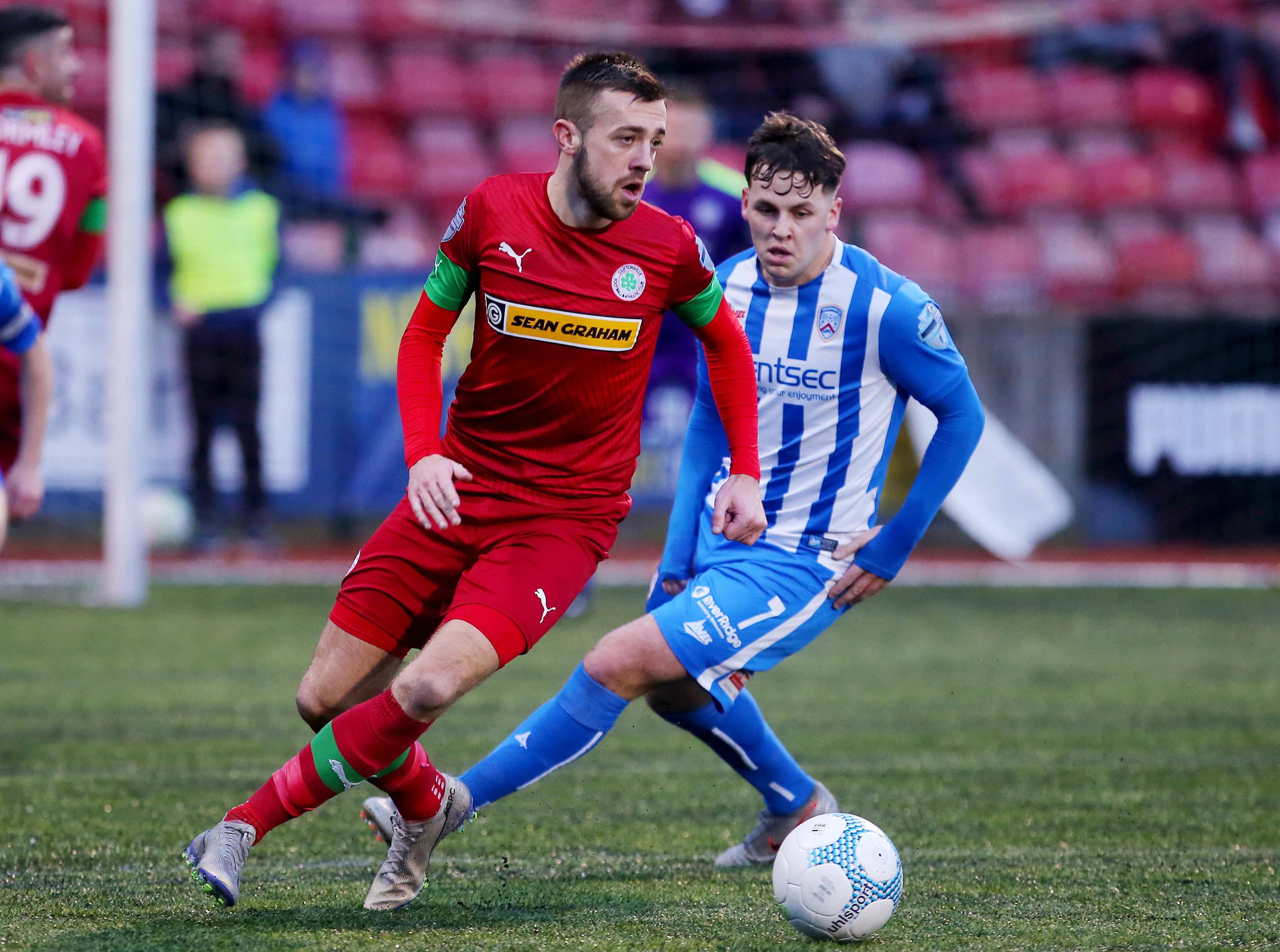 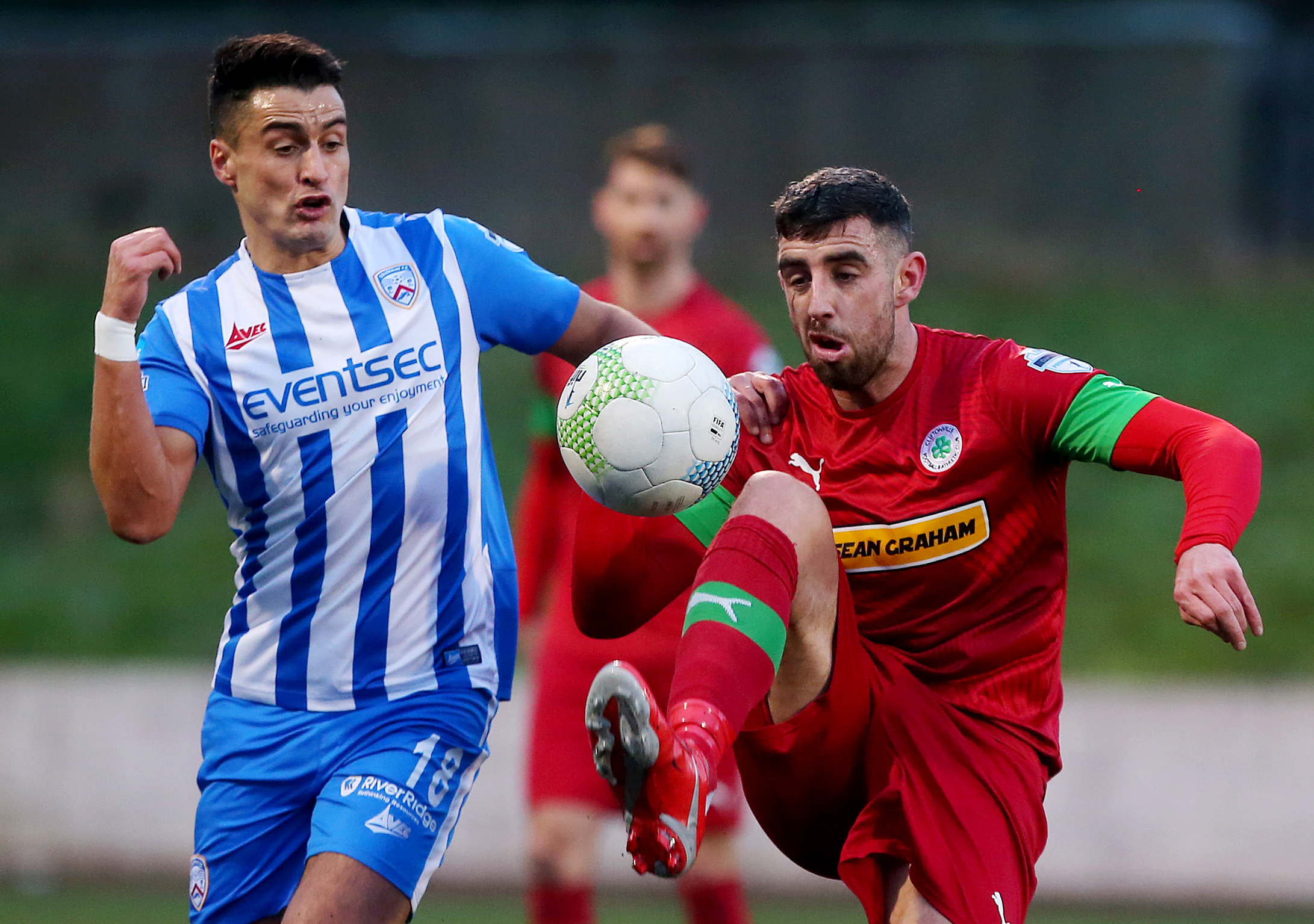 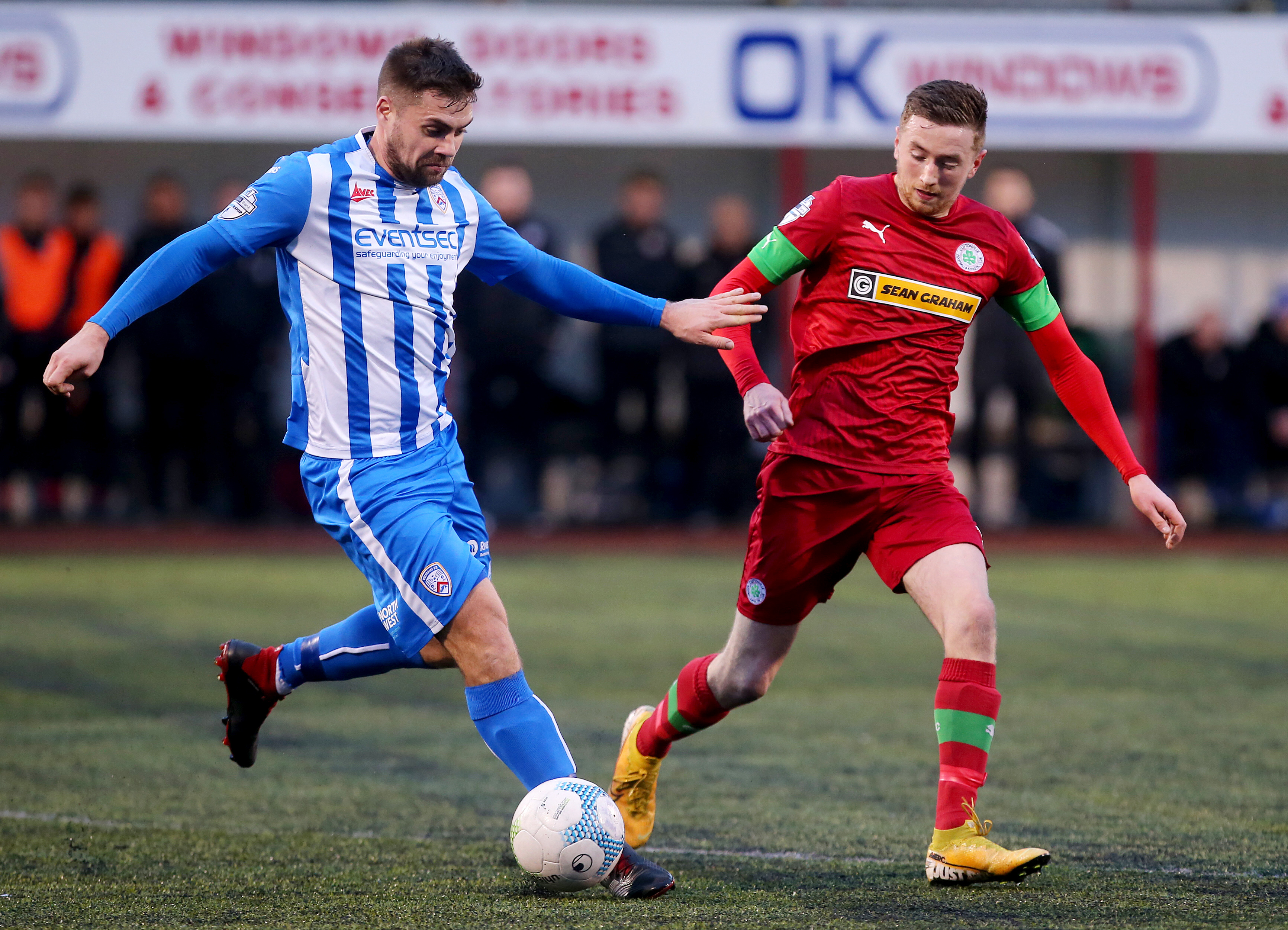 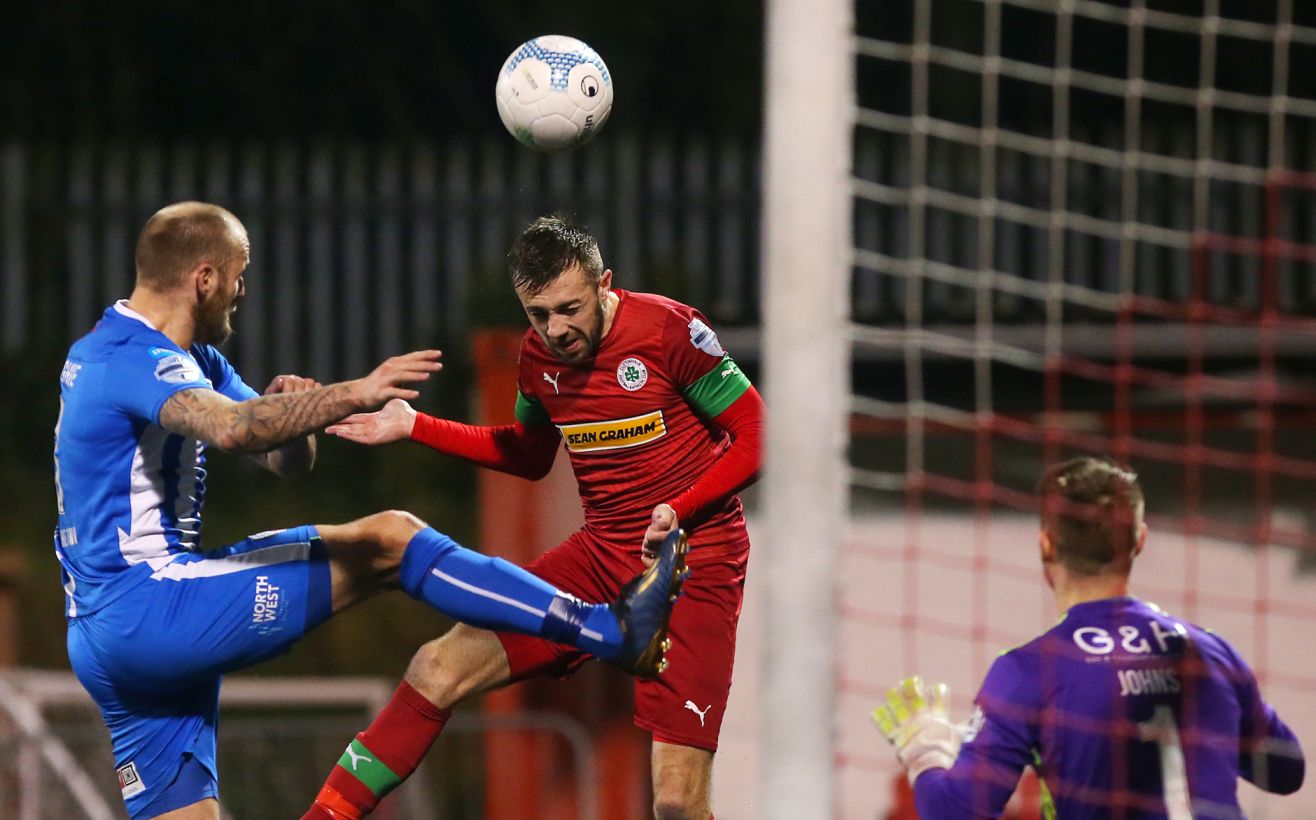 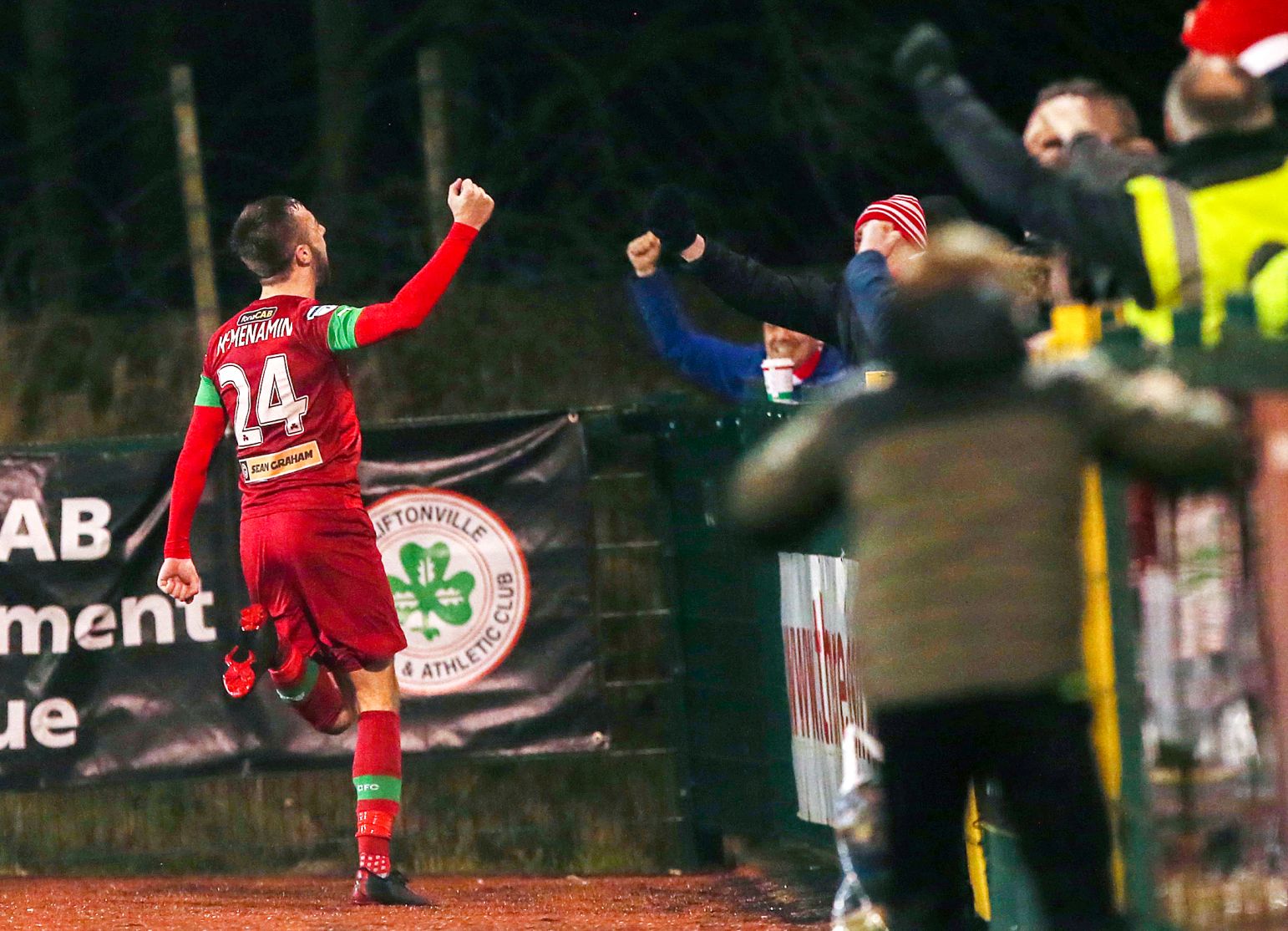 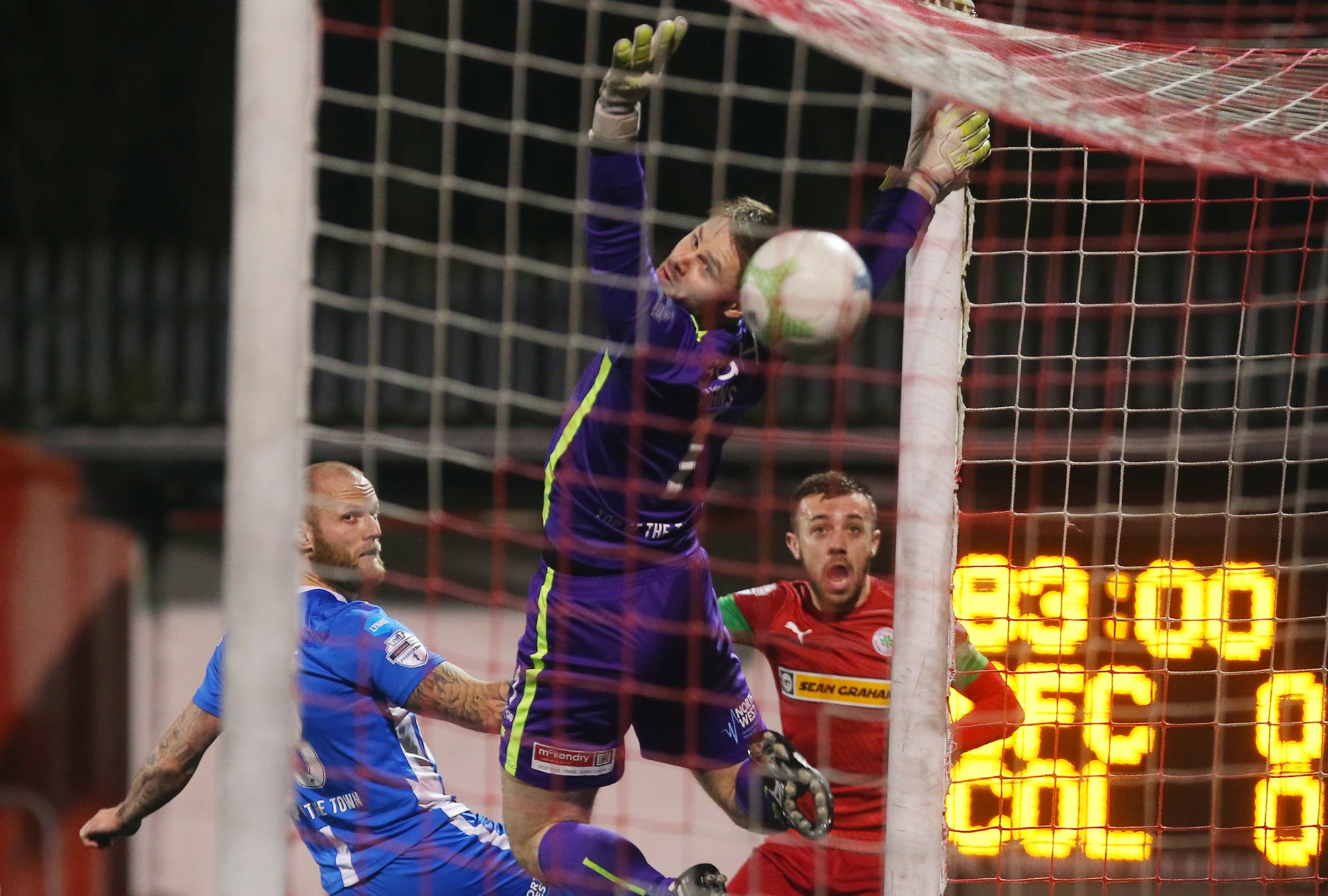