BANNSIDERS ON TOP AT THE SHOWGROUNDS

Despite the visitors enjoying the better start it was the Bannsiders who moved in front after nine minutes through Josh Carson with a rifled low left-foot shot past United keeper Jordan Williamson into the bottom corner.

Then, on 17 minutes, Jamie Glackin made it 2-0 with his third goal of the season when he tucked away the rebound after Eoin Bradley's initial effort had been well saved by Williamson.

Ballymena went close to pulling a goal back midway through the first half through Josh Kelly but his close range flicked effort was well kept out by Chris Johns.

Both sides might have found the net before the break. Stephen Lowry was just inches away from extending Coleraine's lead with an effort from distance while, moments later, Johns was forced into a fine save to keep out Tony Kane's free-kick.

Glackin found himself through on goal early in the second half as Coleraine looked to find their third with team-mate Ben Doherty then testing Williamson from 25 yards with a right-foot drive.

The visitors were dealt a blow just after the hour when Williamson was shown a straight red card for handling inside the box as Bradley was racing through on goal. Williamson was replaced between the posts by Declan Carville who produced a couple of saves to keep the hosts at bay for the remainder of the game.

But, in the end, Coleraine were relatively untroubled in claiming only their second win in seven outings while Ballymena fell to their first defeat in four. 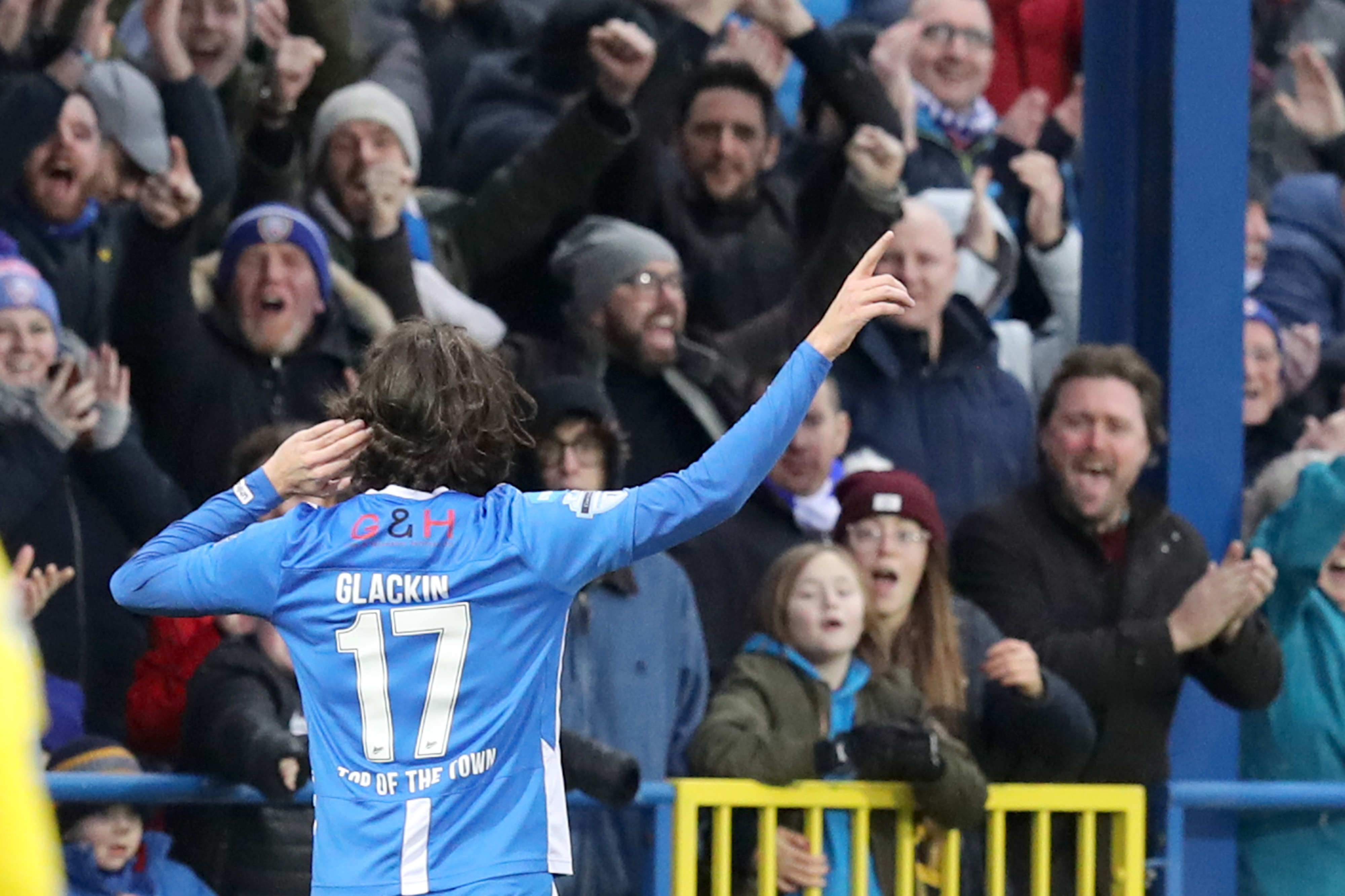 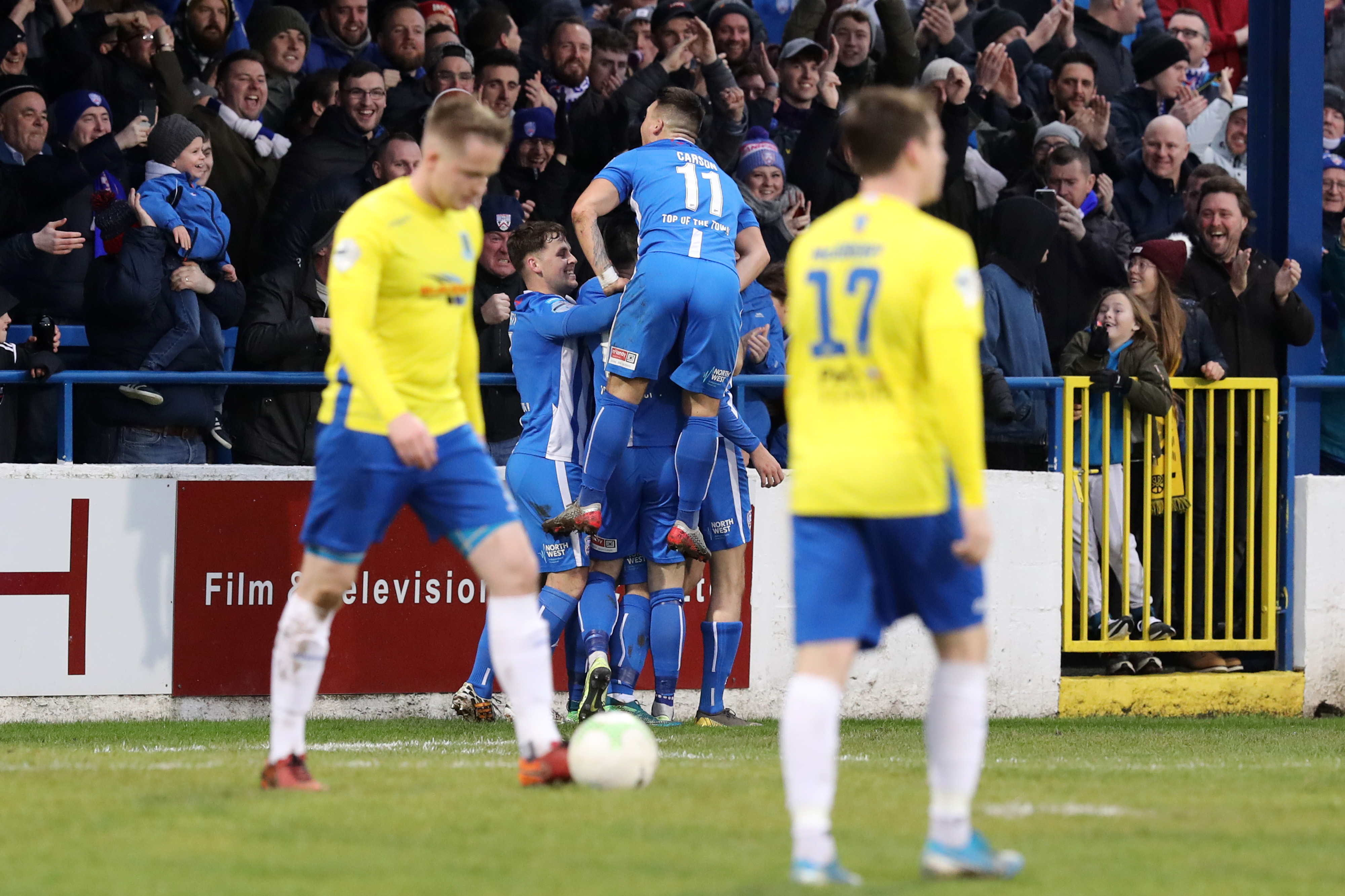 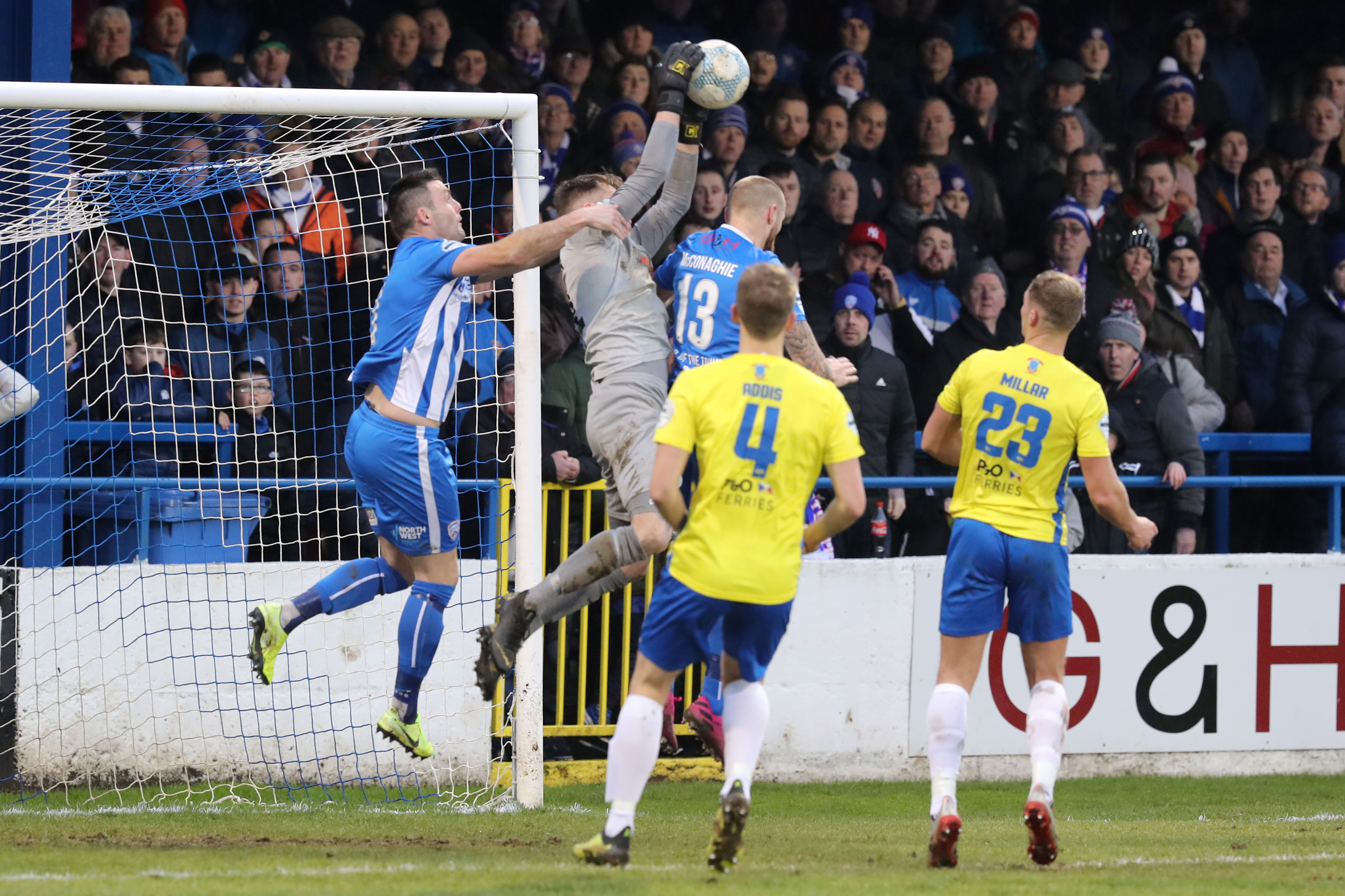 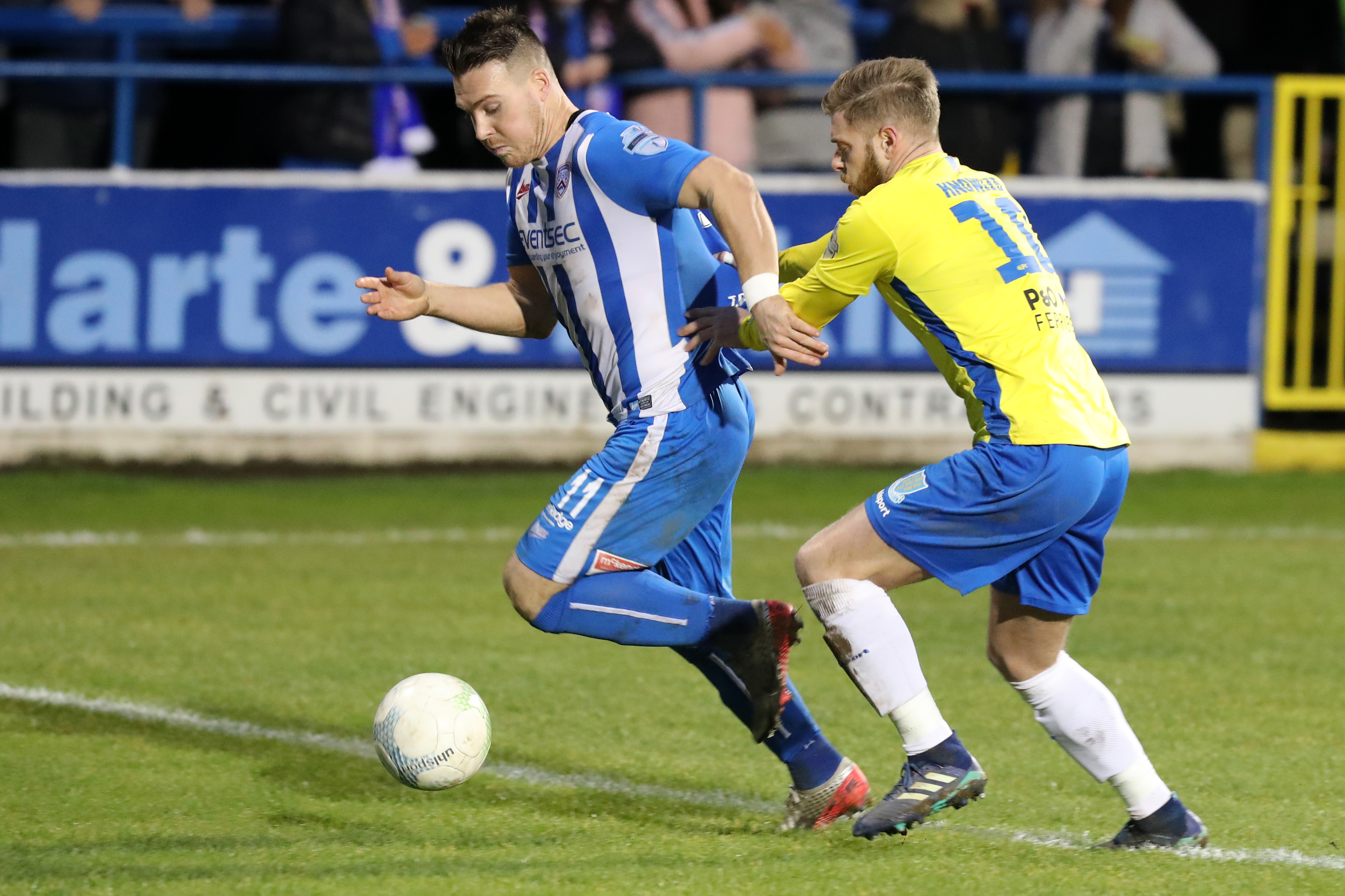 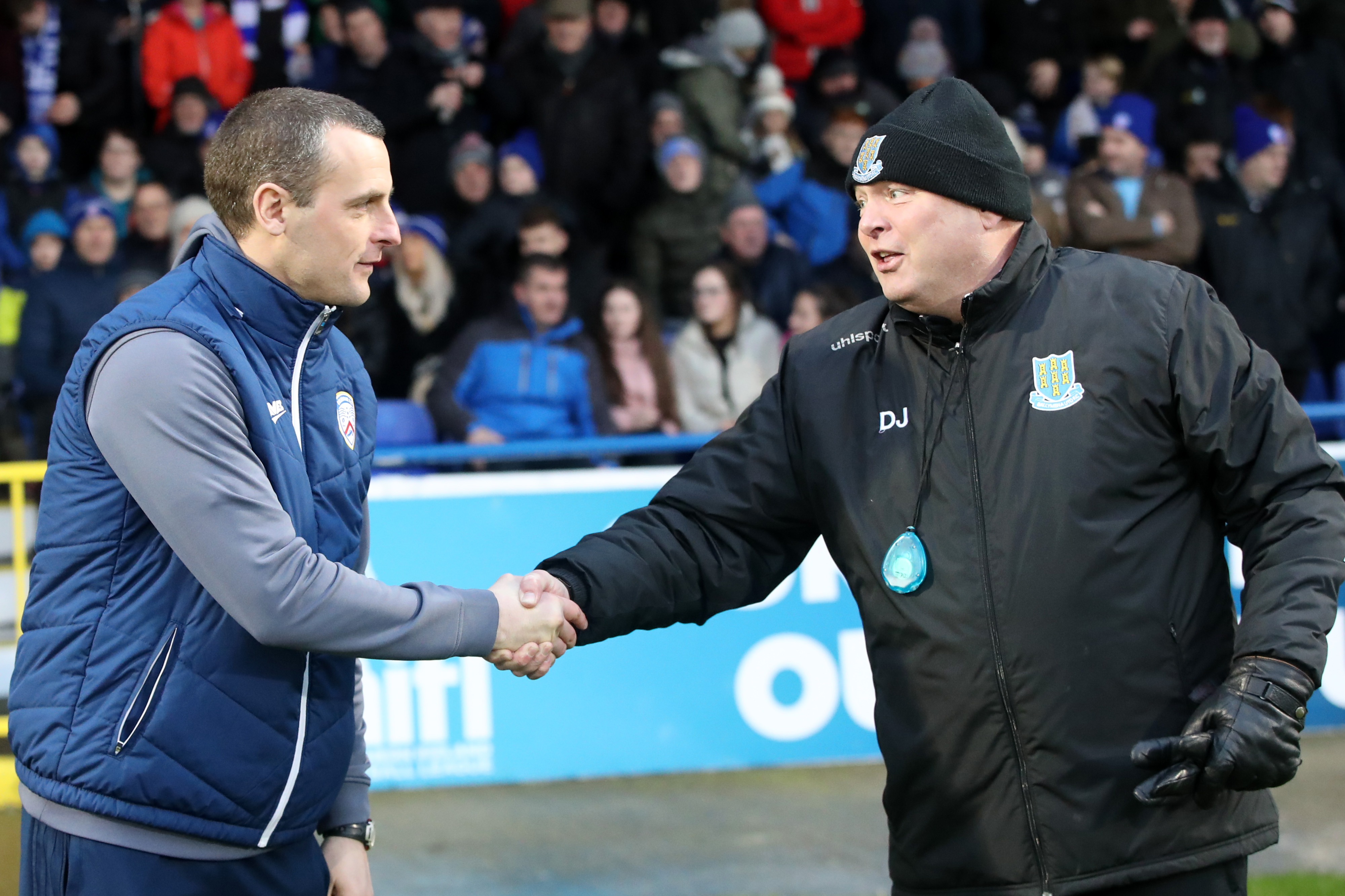 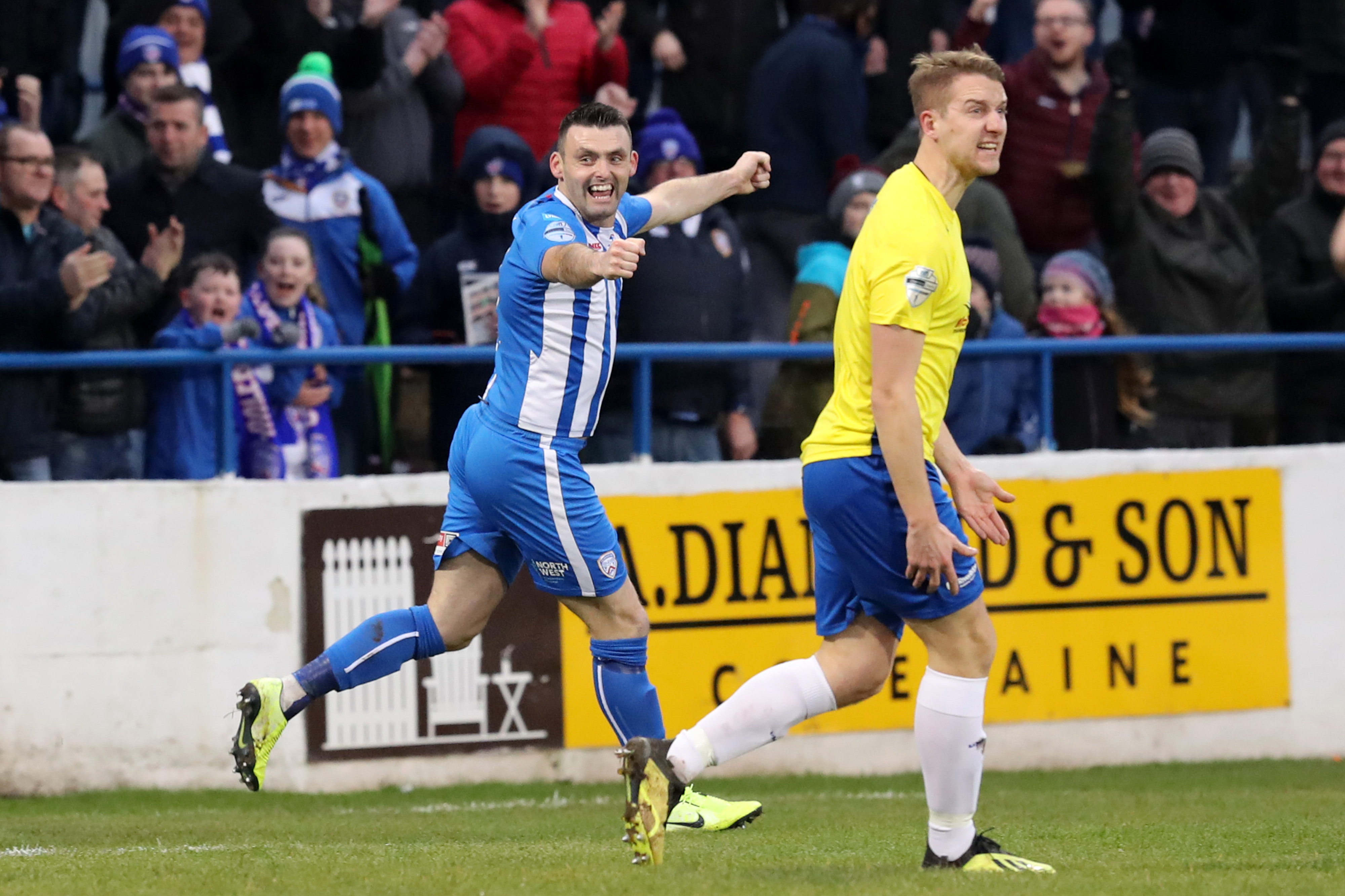