Coleraine stretched their unbeaten run to nine games with an away victory over derby rivals Ballymena United.
The Bannsiders thought they had moved in front after just nine minutes when James McLaughlin's strike took a deflection off Curtis Allen but the goal was ruled out after referee Tony Clarke adjudged that the ball went in via Allen's arm.
It was an otherwise quiet start to the game although there was a flurry of activity in the latter stages of the first half.
Conor Keeley came close for Ballymena with a header on 35 minutes but Lyndon Kane was on hand to make a goalline clearance while Gareth Deane did well to deny Shay McCartan.
At the other end McLaughlin sent an effort over while Josh Carson crossed for Allen but he couldn't make it count.
Coleraine had the ball in the net again early in the second half but, on this occasion, McLaughlin's efforts were ruled out following a foul on keeper Jordan Williamson.
But, just after the hour, the visitors eventually found a way through courtesy of skipper Kane with a superbly struck left-foot strike from the edge of the area.
Ballymena did try to salvage something from the game as the minutes ticked down albeit without any real chance of success and, indeed, ended the game with ten men when Williamson was sent-off following a reckless challenge on Stewart Nixon. 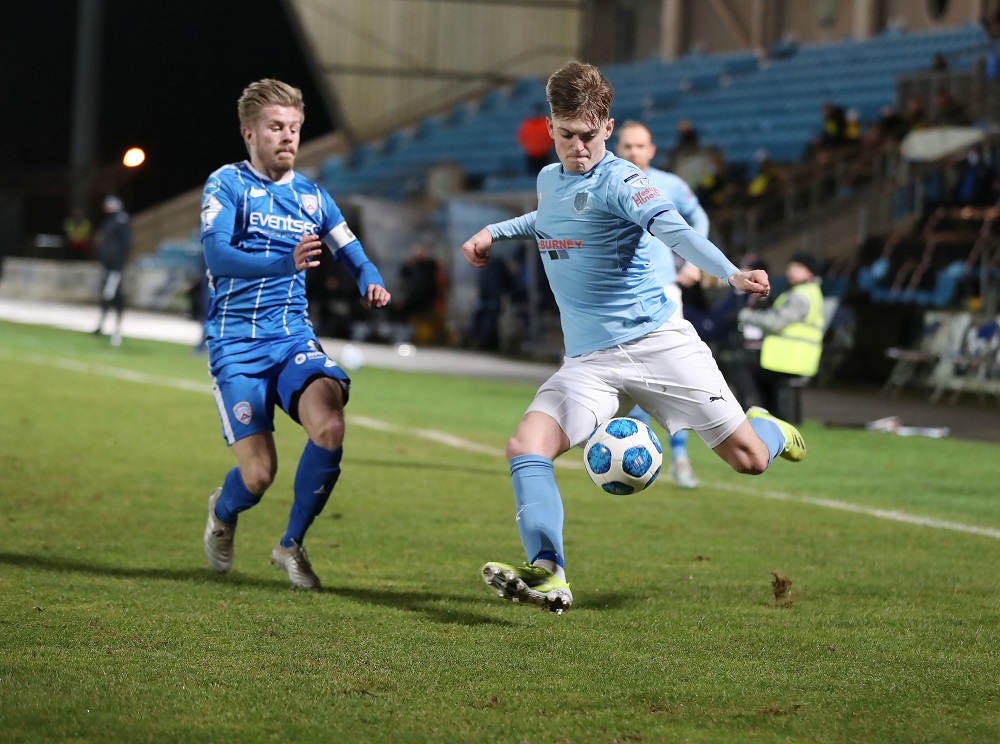 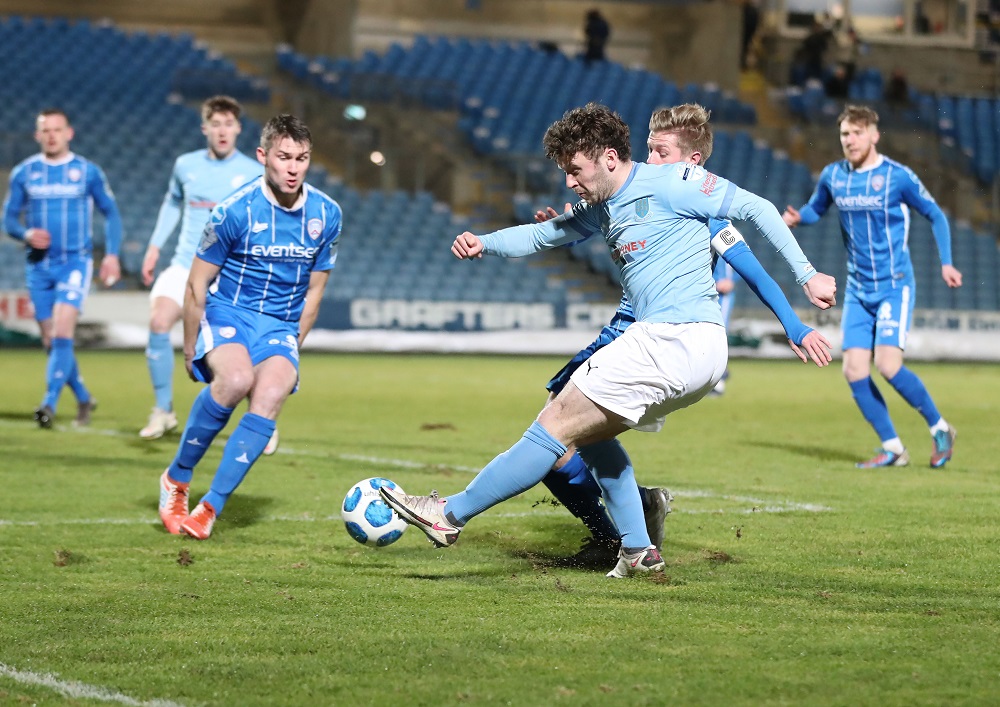 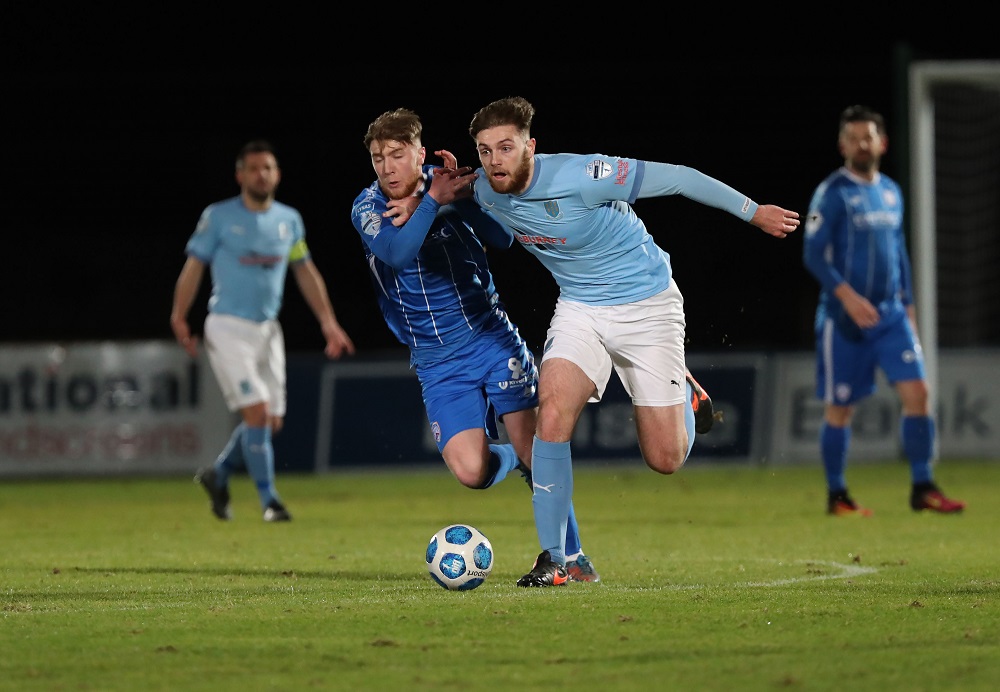 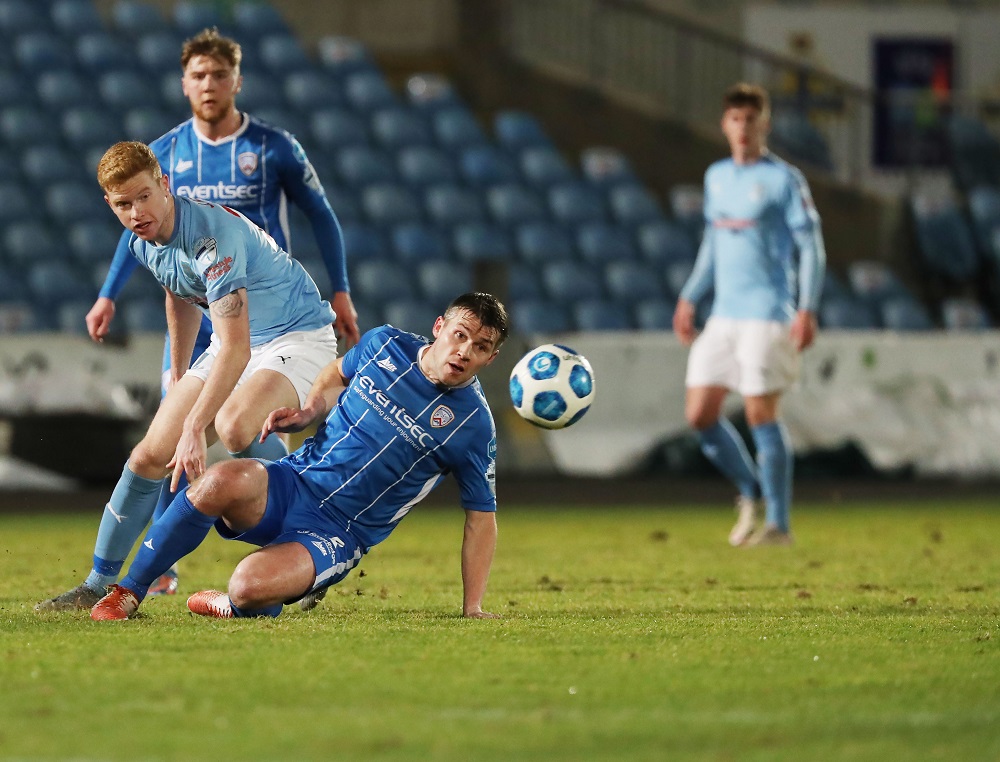 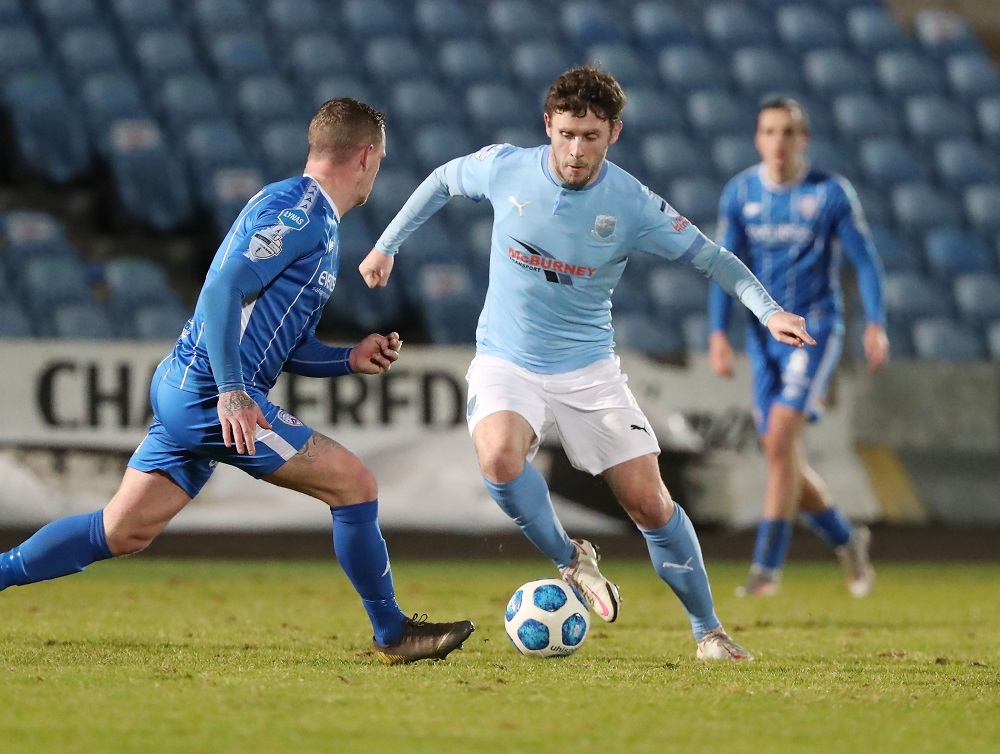 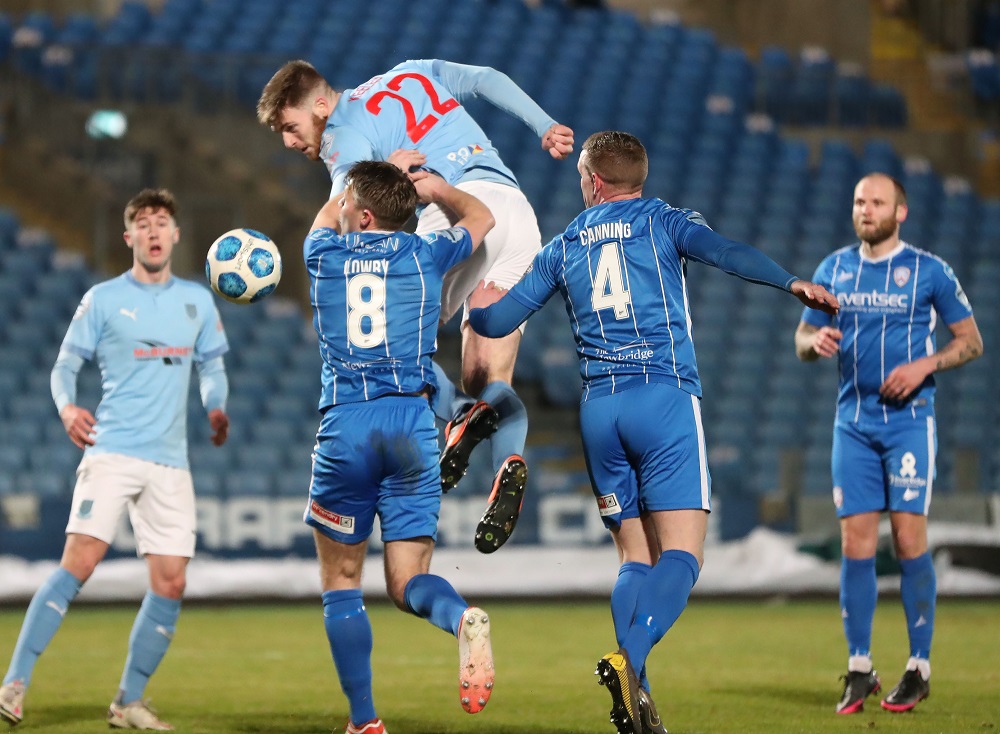