A Ryan Curran strike four minutes from time handed Cliftonville victory over Glentoran at Solitude on the opening day of the new Danske Bank Premiership campaign.
Curran knocked home what was the only goal of the game with a composed finish past Dayle Coleing after Glentoran's Dale Gorman had lost possession on the edge of the area.
It was a disappointing finish to the game for the visitors who suffered the dismissal of Cameron Stewart just five minutes prior to the goal after collecting two yellow cards in quick succession.
The Glens had edged a first half of few opportunities. New signing Bobby Burns crafted two half chances in the opening ten minutes - one into the side netting - while, at the other end, Chris Curran fired over from the edge of the area.
Later in the half Seanan Clucas saw a set piece comfortably gathered by Richard Brush with Jamie McDonagh and Burns having other attempts cleared.
Perhaps the best effort to date came early in the second half when Paul O'Neill, following on from his Northern Ireland U21 scoring exploits, burst into the box but his first time effort was kept out by a combination of Garry Breen and keeper Brush.
Cliftonville had the ball in the net around the hour mark. Chris Curran played in Conor McMenamin whose effort looked to be going in but Ryan Curran got an extra touch to make sure and was subsequently ruled out offside!
Then, soon after, Levi Ives sent a rasping effort whistling past the post as the Reds upped the pressure.
Glentoran had an opportunity to break the deadlock with ten minutes remaining when Gorman's free-kick was pushed away by Brush while Stewart nodded the rebound over.
However, with Stewart's red card and Curran's late winner, the pendulum swung very much in Cliftonville's favour in those closing minutes.
Cliftonville: Brush, McDermott, Ives, Breen, O'Reilly, C. Curran, R. Curran, McMenamin, Donnelly, Bagnall, Gormley subs Dunne (not used), Harney (replaced Gormley 90), Foster (replaced McDermott 66), McKee (not used), Casey (not used), Maguire (replaced Donnelly 85), McKiernan (not used)
Glentoran: Coleing, Kane, Bigirimana, Gallagher, McDonagh, O'Neill, Mitchell, Clucas, Burns, Marron, Cowan subs Morris (not used), Gorman (replaced Gallagher 65), Stewart (replaced Mitchell 62), O'Connor (not used), Smith (not used), Crowe (not used), J. Donnelly (replaced Gorman 88) 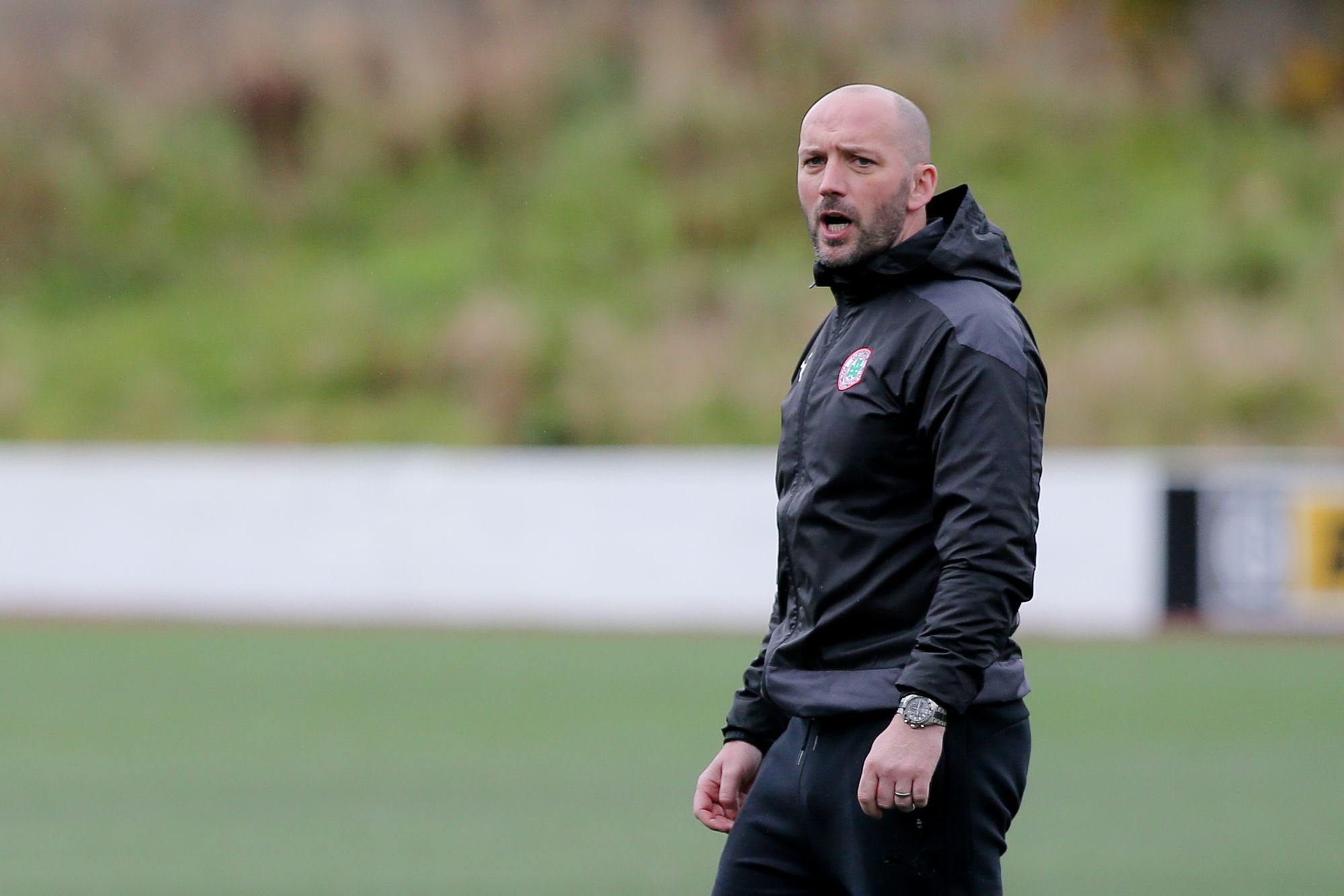 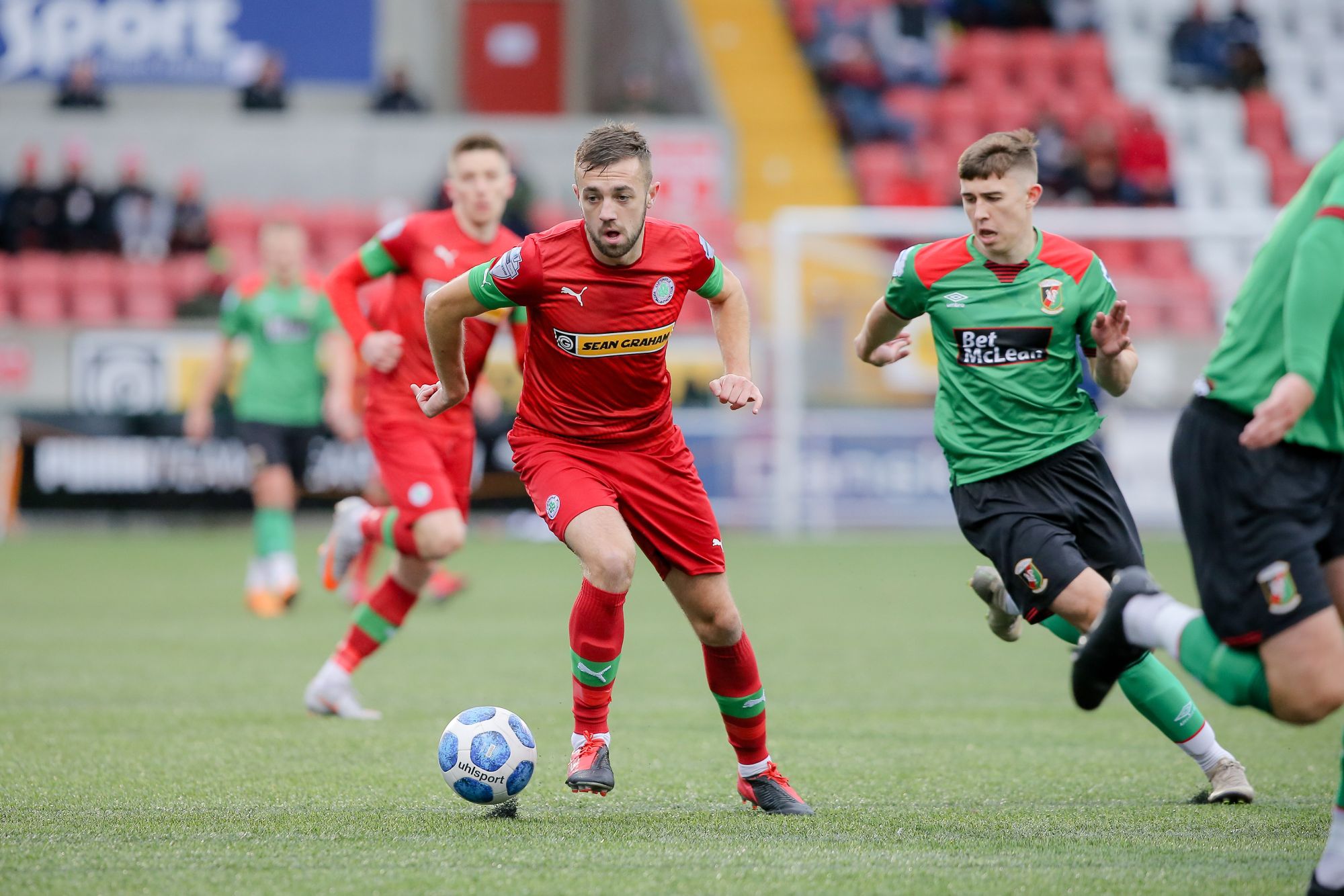 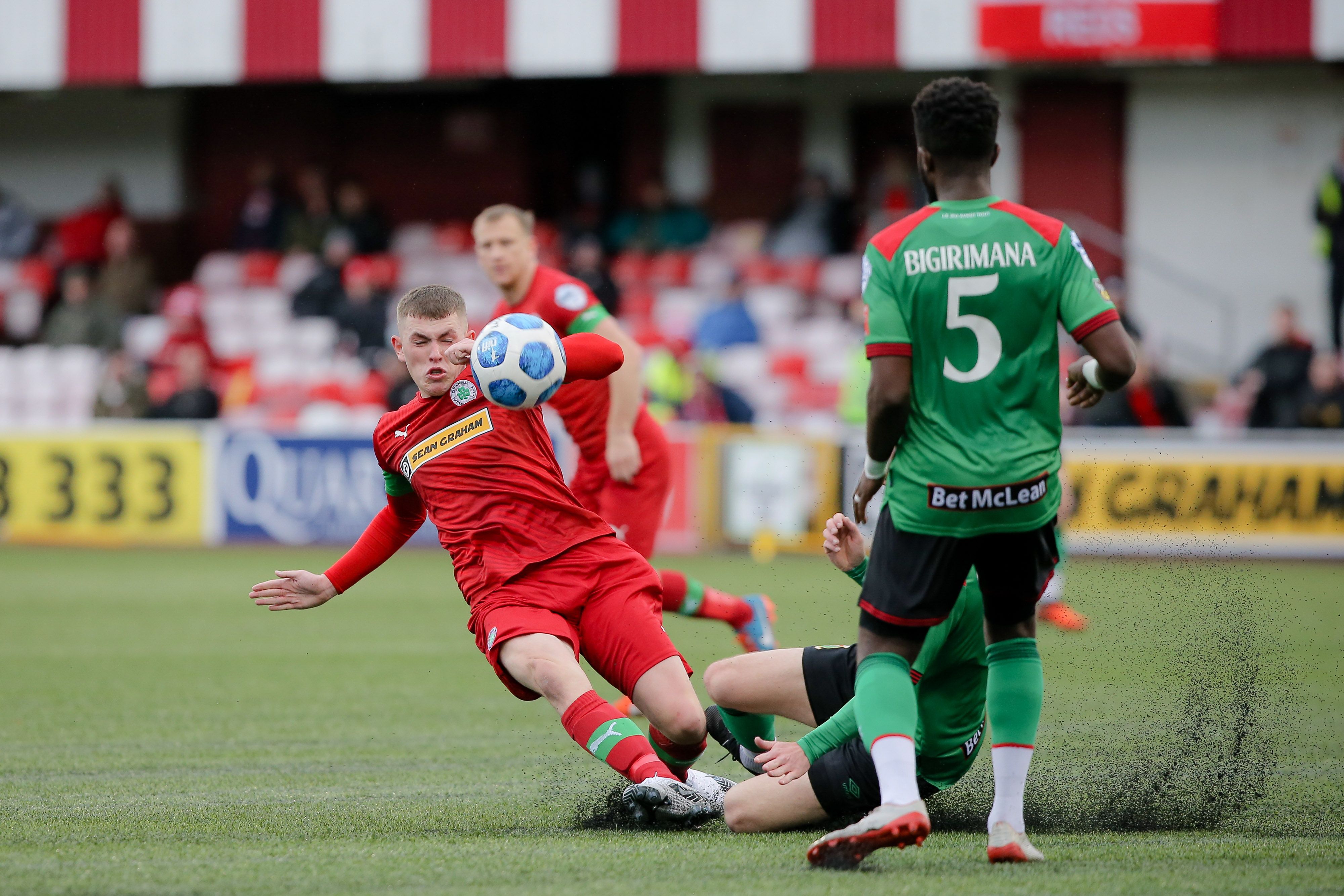 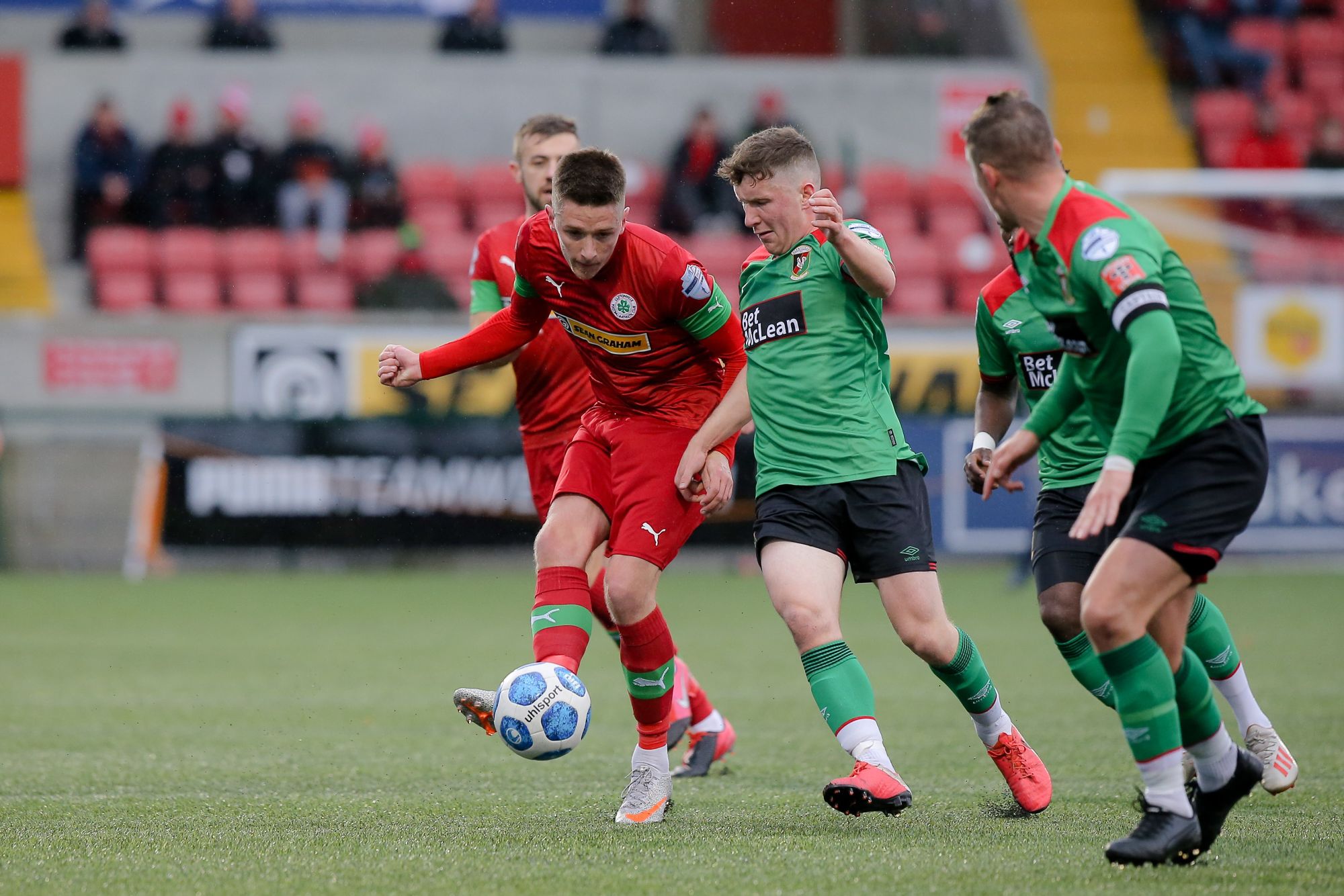 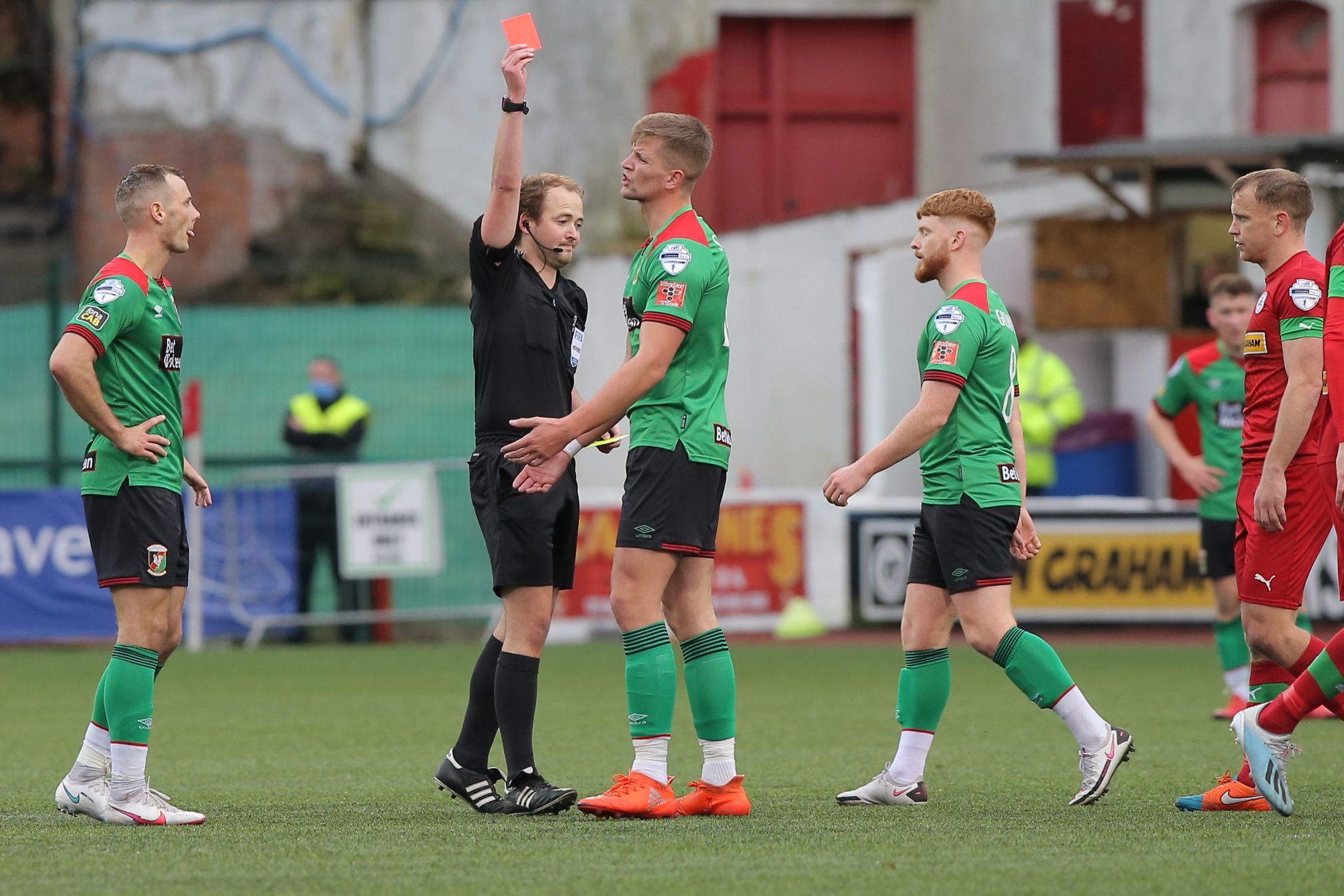 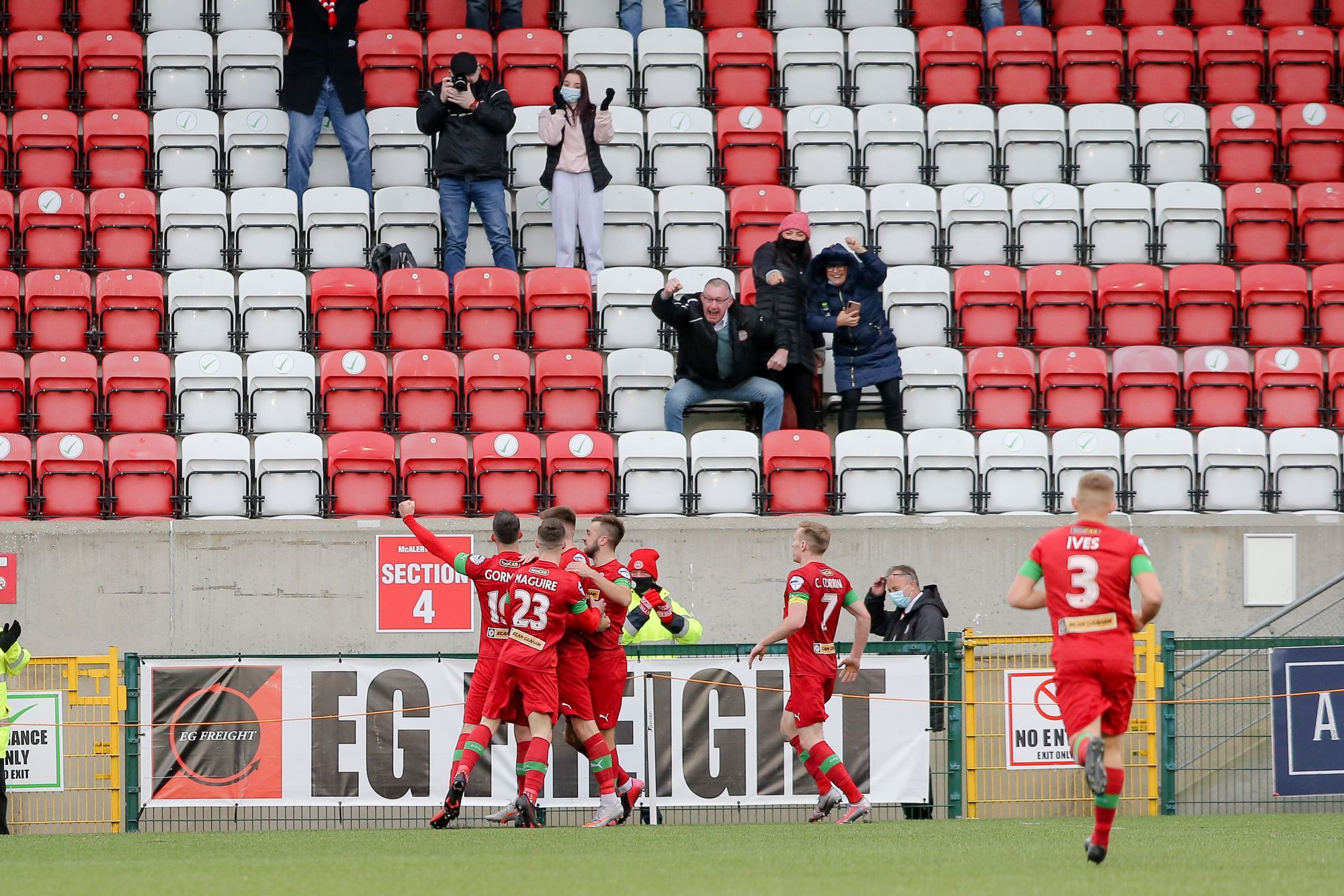