League leaders Larne came from behind at Inver Park to defeat Glenavon and maintain their position at the top of the table.
Larne created the best of the early chances, with Fuad Sule sending the ball over after a quarter-of-an-hour while, soon after, Mark Randall skewed an effort wide of Johnny Tuffey's goal.
Player of the Month John Herron then glanced a header wide on the half-hour mark before played switched to the other end for Danny Purkis to send a ball across the face of goal from the back post.
The near misses continued when Graham Kelly sent the ball straight at Tuffey, Herron saw a back heel saved and Davy McDaid sliced just the wrong side of the left post from close range.
But the deadlock was broken in first half stoppage time when Michael O'Connor edged Glenavon in front with a free-kick from the right over Conor Devlin and into the top corner.
Larne looked to level matters early in the second half. Martin Donnelly sent a free-kick dipping over from around 25 yards followed swiftly by a Josh Robinson header from point blank range which went just over.
Tiernan Lynch's side eventually found the equaliser on 71 minutes courtesy of substitute Ronan Hale who delivered a cross from over on the touchline into the area which bypassed everyone on its way into the top right corner.
That was how it stayed until the 89th minute when another sub, this time Johnny McMurray, bagged the winner with a finish into the bottom left corner after receiving the ball from Sule.
Glenavon's afternoon worsened in stoppage time when Sean Ward was dismissed for collecting a second booking.
Larne: Devlin, Kelly, Watson, Robinson, Herron, Sule, Randall, McDaid, Donnelly, Lynch, Cosgrove subs C. Mitchell (not used), Hale (replaced Randall 69), Scott (not used), A. Mitchell (not used), Wade Slater (not used), Hughes (replaced Lynch 69), McMurray (replaced Donnelly 81)
Glenavon: Tuffey, Larmour, Doyle, Purkis, Snoddy, O'Connor, Fitzpatrick, O'Mahony, Singleton, Garrett, Ward subs Coates (not used), Byrne (not used), Jenkins (not used), Moorhouse (replaced Purkis 74), Harmon (not used), Norton (not used), Rea (not used) 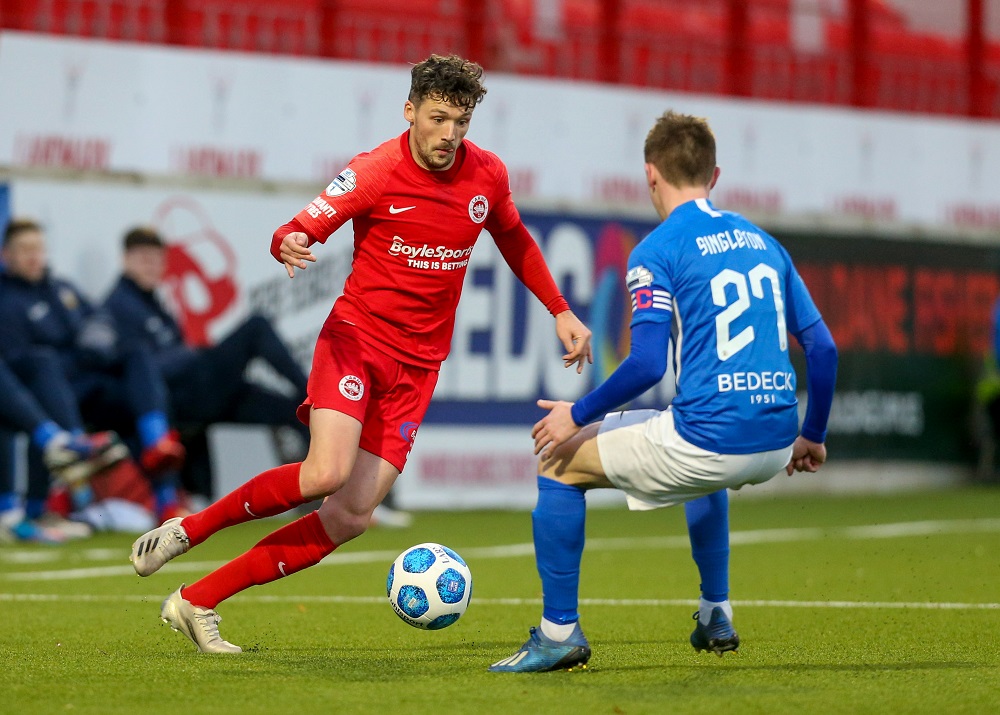 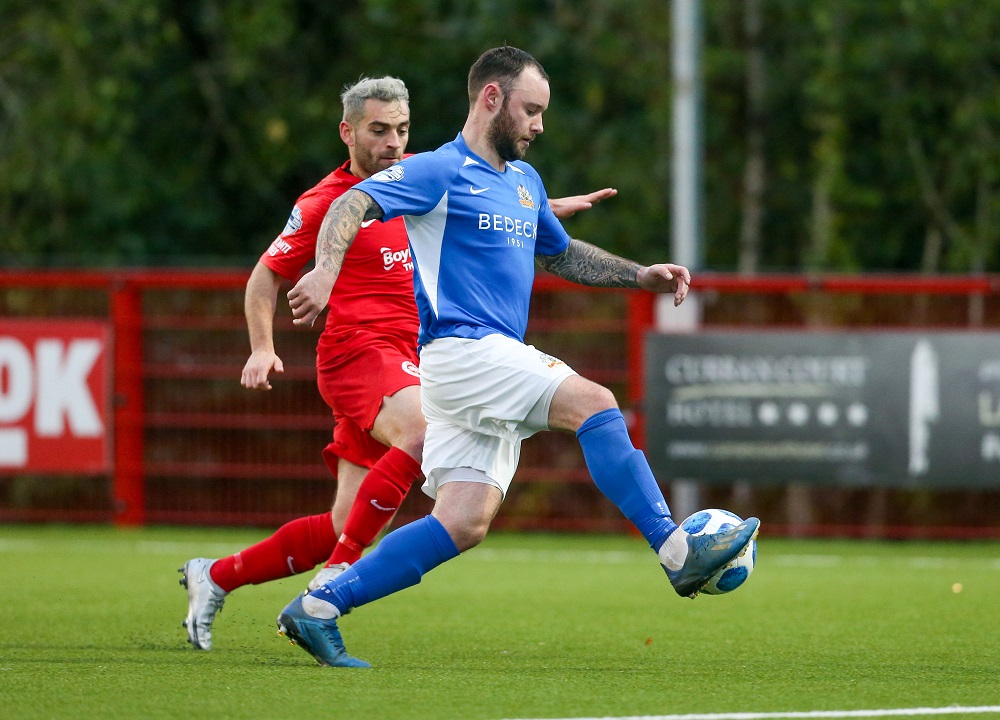 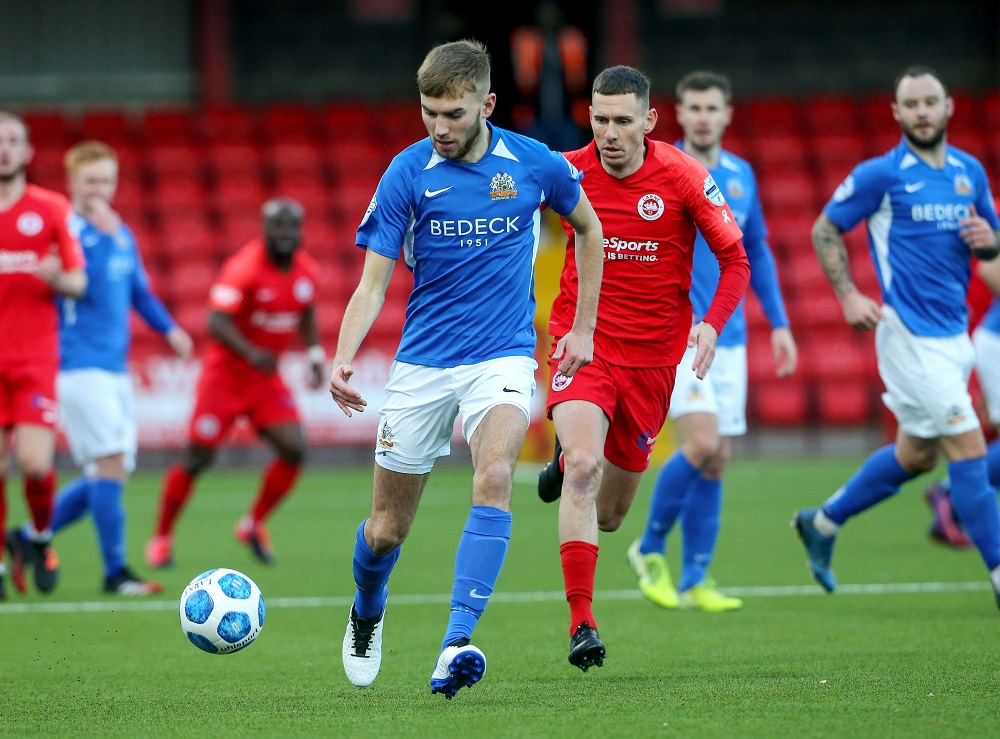 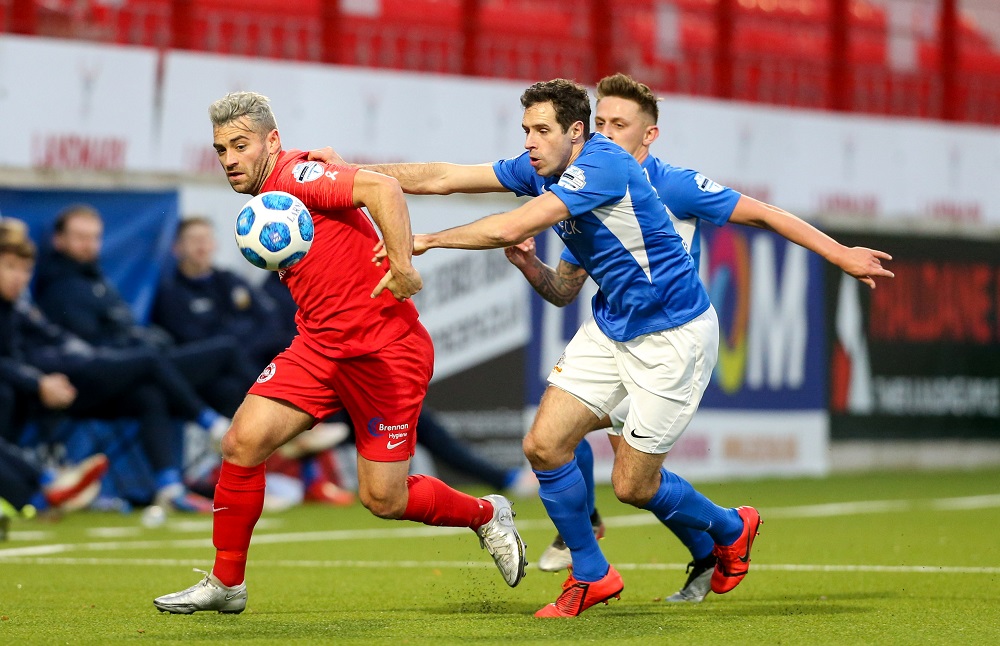 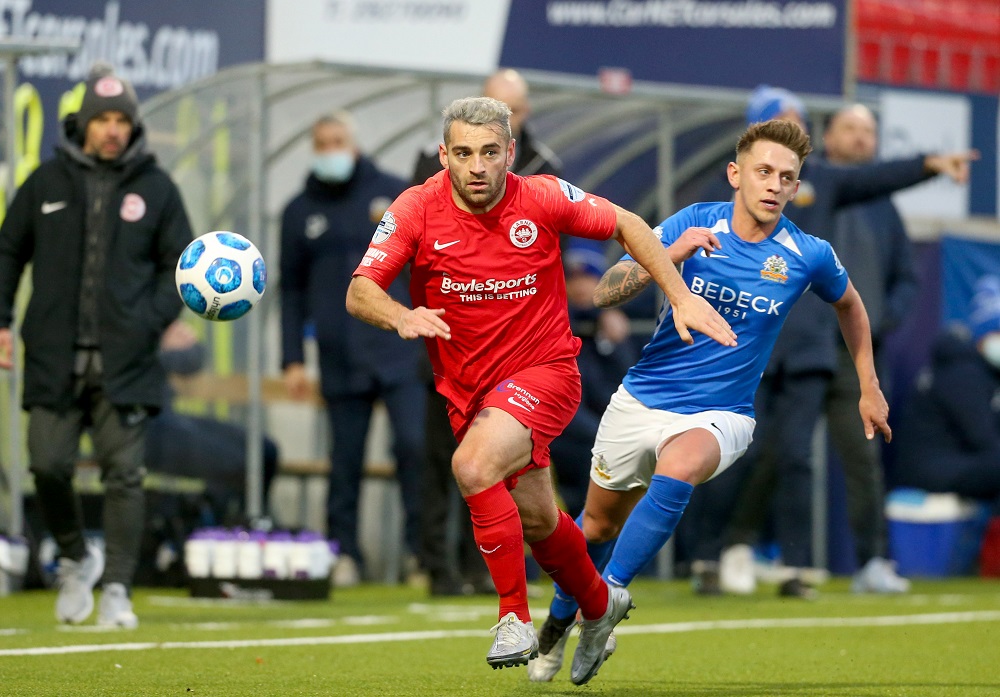 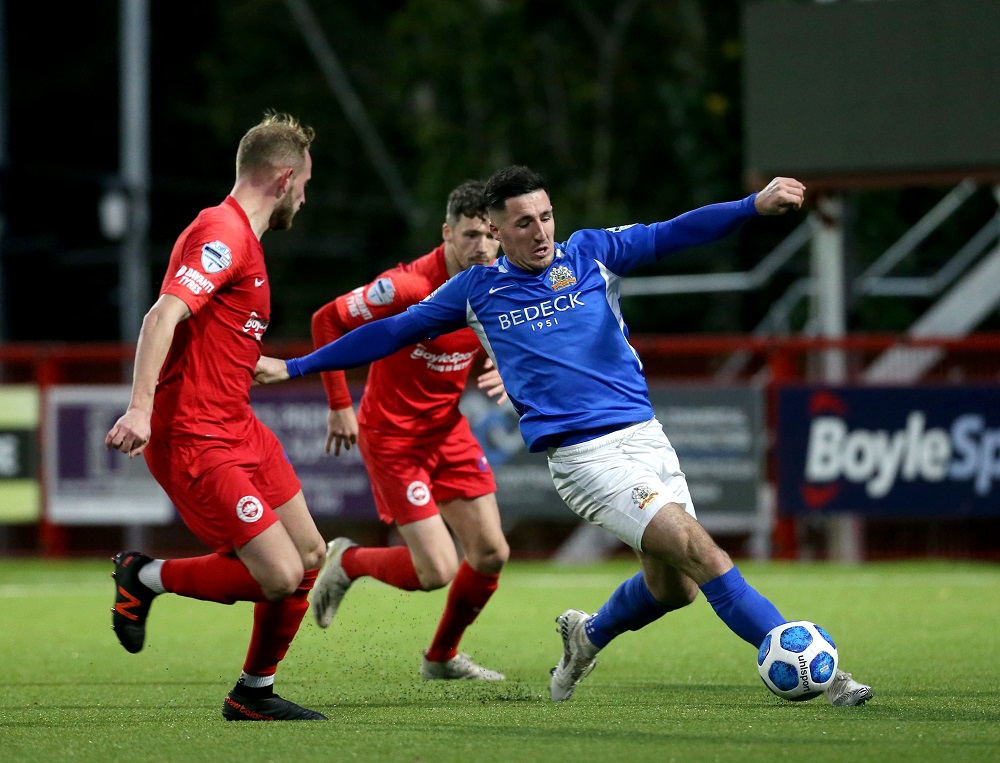