Larne moved four points clear at the top of the table following victory over Linfield in the big Friday night game at Inver Park.
Tiernan Lynch's side created the first opening of the game as early as the fourth minute when Martin Donnelly played Ronan Hale in but his curling first time effort went just over.
But it was Linfield who moved in front when, on 17 minutes, Niall Quinn delivered a great ball for Shayne Lavery to cut inside, take one touch to control and fire into the roof of the net from inside the area.
Larne attempted to hit back soon after with Josh Robinson looping a header over while Jeff Hughes found Hale with a crossfield ball but he was unable to convert at the near post.
Donnelly then had an effort just after the half-hour mark which dipped just over the bar while, at the other end, Matthew Clarke sent a shot just past the far post.
After the break Hughes turned and fired a low shot goalwards from 25 yards which Linfield keeper David Walsh did well to palm away low to his right.
However Larne eventually levelled just before the hour courtesy of a superb Graham Kelly finish curled into the far corner from the left side of the area to give Walsh no chance.
Then, on 73 minutes, it was 2-1. Conor Devlin launched the ball forward for David McDaid who cut it back for Donnelly to beat Walsh with a low effort.
Fuad Sule almost added a third on 83 minutes, only to fire just wide from 20 yards.
Larne's third goal did arrive with a minute remaining, however, when McDaid converted from the spot after Mark Stafford had conceded a penalty whilst attempting to dispossess him.
Larne: Devlin, Kelly, Watson, Robinson, Herron, Sule, Hale, McDaid, Donnelly, Cosgrove, Hughes subs C. Mitchell (not used), Scott (not used), Lynch (not used), A. Mitchell (not used), Wade Slater (not used), Jarvis (not used), McMurray (not used)
Linfield: Walsh, Stafford, Haughey, Callacher, Stewart, Millar, Lavery, Clarke, McClean, Mulgrew, Quinn subs Larkin (not used), Waterworth (replaced Stewart 71), Shevlin (not used), Kearns (not used), Doyle (replaced McClean 79), Hery (replaced Clarke 79), McGivern (not used) 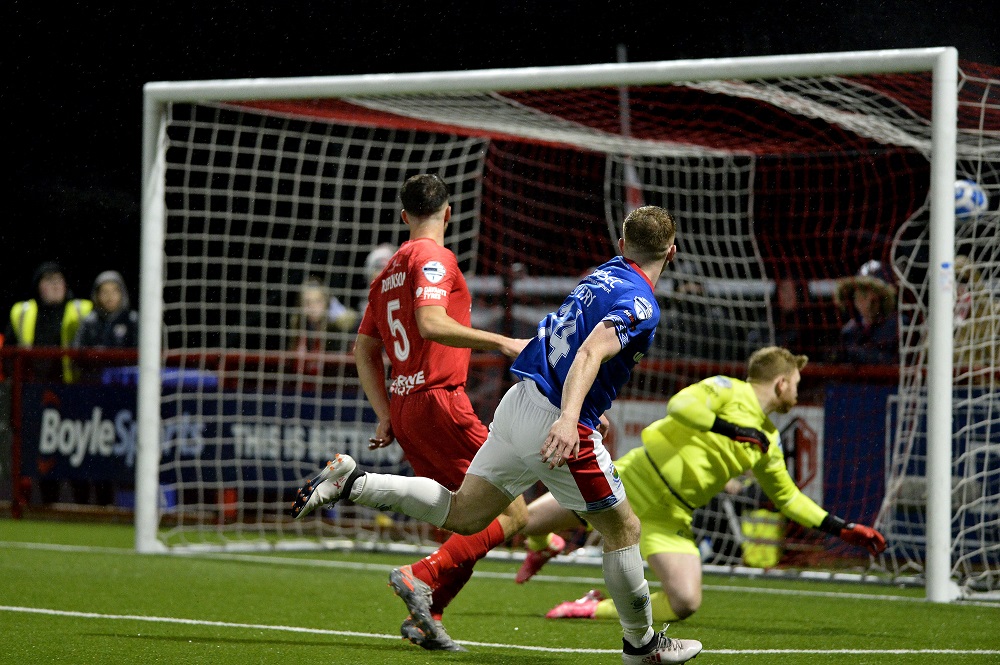 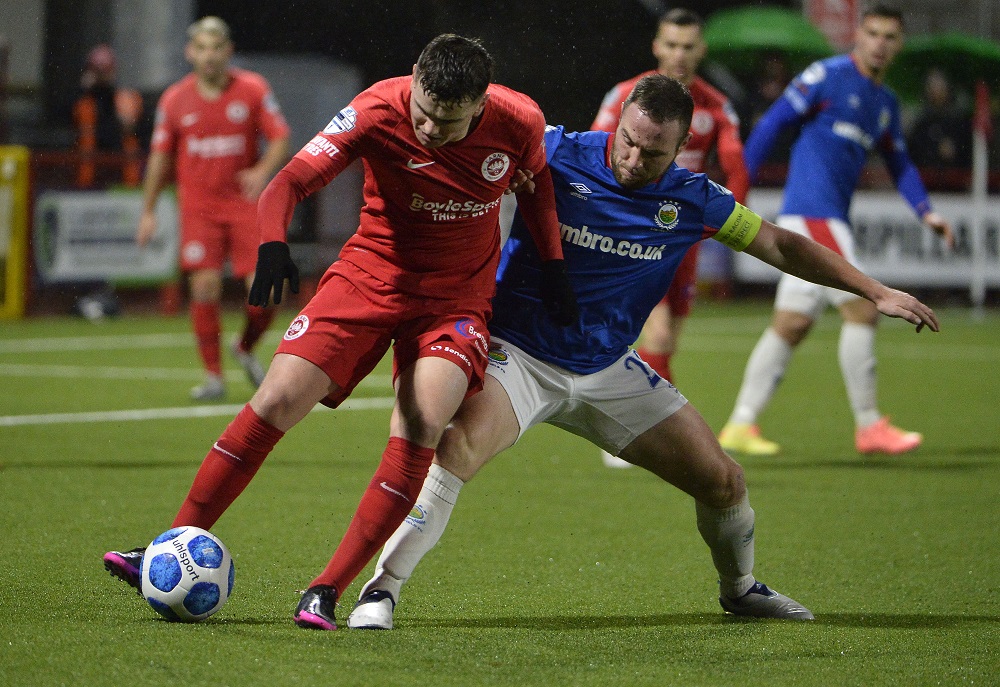 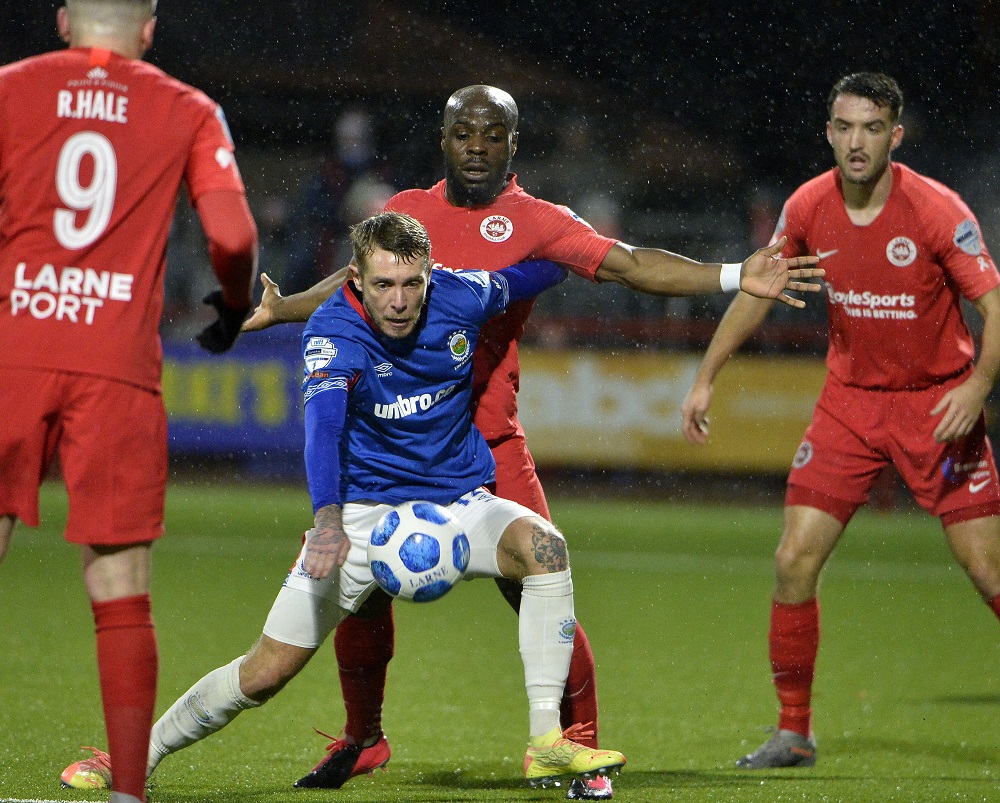 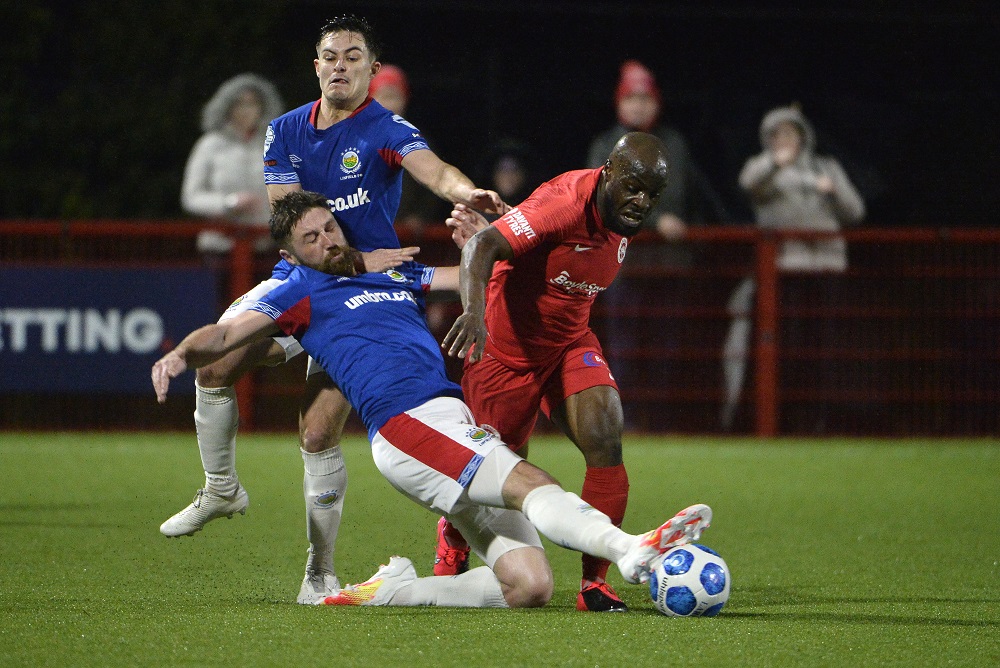 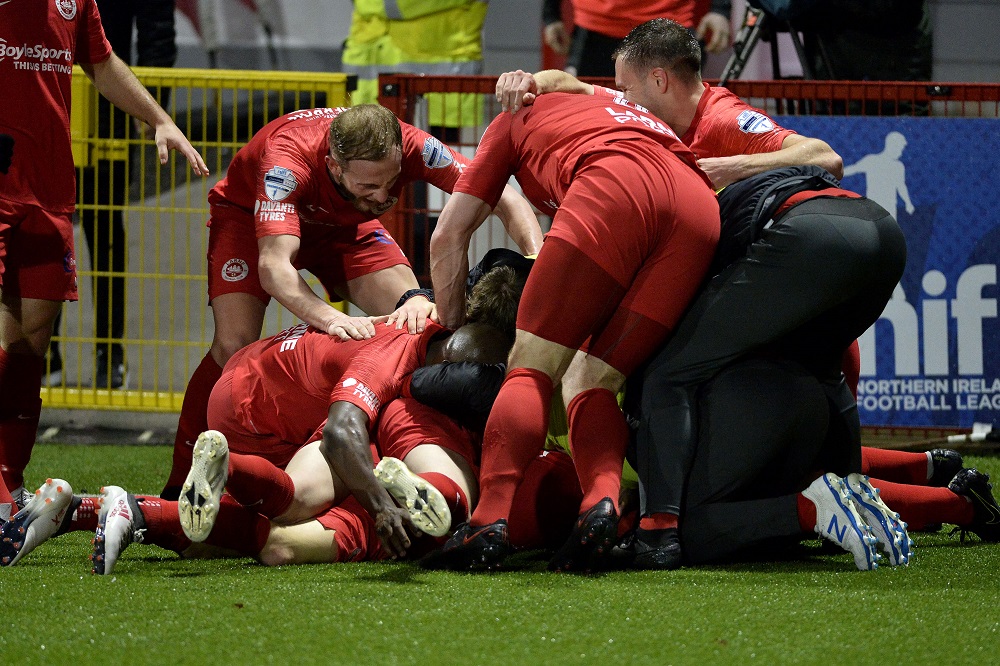 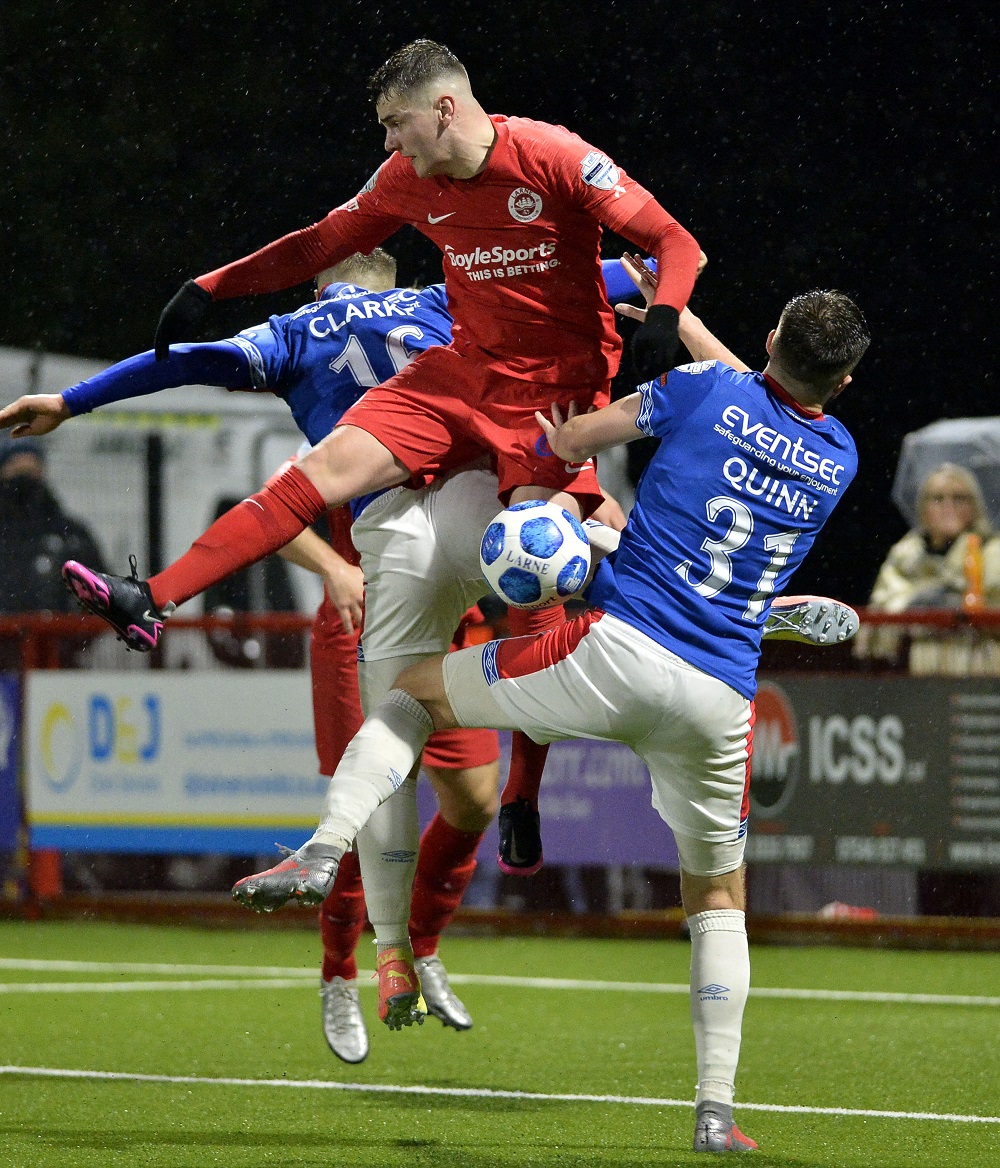