Paul Heatley bagged the first hat-trick of 2021 as Crusaders swept to a four-goal victory over Warrenpoint Town at Seaview.
There was little between the sides during the opening exchanges until Adam Lecky edged the Crues in front on 21 minutes with a side foot finish after Philip Lowry and Heatley had combined to create the opportunity.
Lecky might have extended the home advantage as the first half progressed, sending Jamie McGonigle deliveries both past the far post and over the bar.
Heatley and Lecky had more openings after the break while a mix-up in the home defence allowed Fra McCaffrey in but, faced with Gerard Doherty one-on-one, he could only send the ball wide.
However, Heatley hit three goals in ten minutes to point the game beyond any doubt.
On 71 minutes he made it 2-0 with a volley into the top corner from 16 yards after being teed up by Lowry and then doubled up five minutes after that with a close range back post finish from Declan Caddell's low cross.
And he laid claim to the match ball another five minutes later after being played through by a long diagonal ball from Billy Joe Burns before clinically beating 'Point keeper Andy Coleman.
Crusaders: Doherty, Burns, Hegarty, Wilson, Lowry, Caddell, Forsythe, O'Rourke, Lecky, Heatley, Clarke subs O'Neill (not used), Weir (not used), Kennedy (not used), McGonigle (replaced Clarke 17), Cushley (not used), Brown (replaced Wilson 24), Patterson (replaced Lecky 85)
Warrenpoint Town: Coleman, Ball, McVeigh, Dillon, McCaffrey, Gallagher, Swan, Knox, Hutchinson, Wallace, Byrne subs McMullan (not used), O'Sullivan (replaced Knox 75), Carroll (replaced Hutchinson 81), Cowan (not used), Carson (not used), Evans (replaced McVeigh 66), Forsythe (not used) 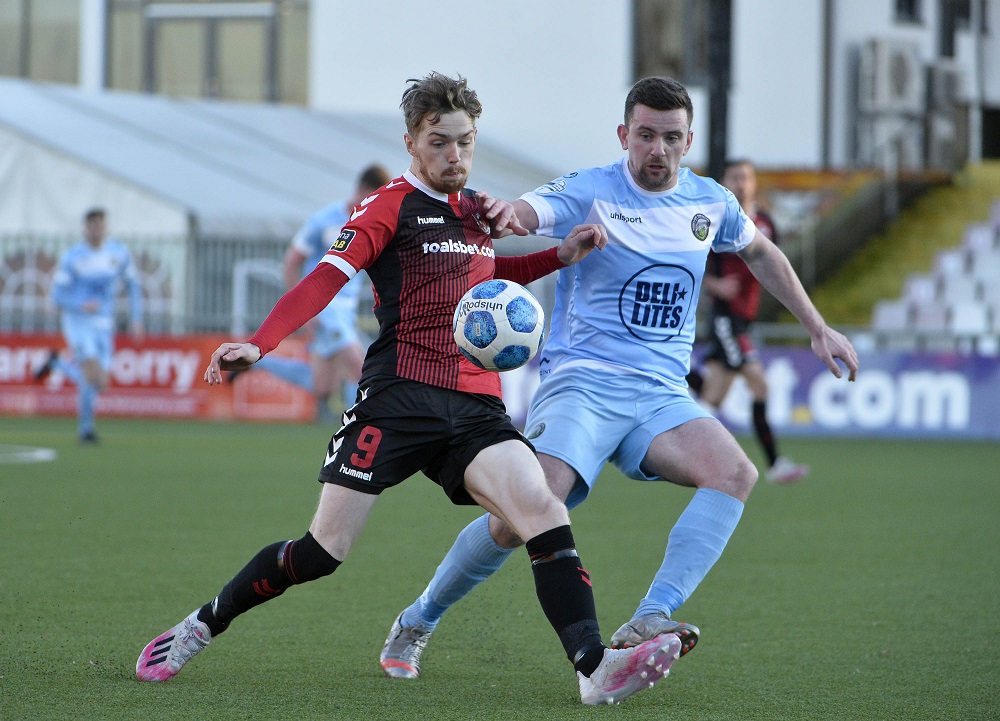 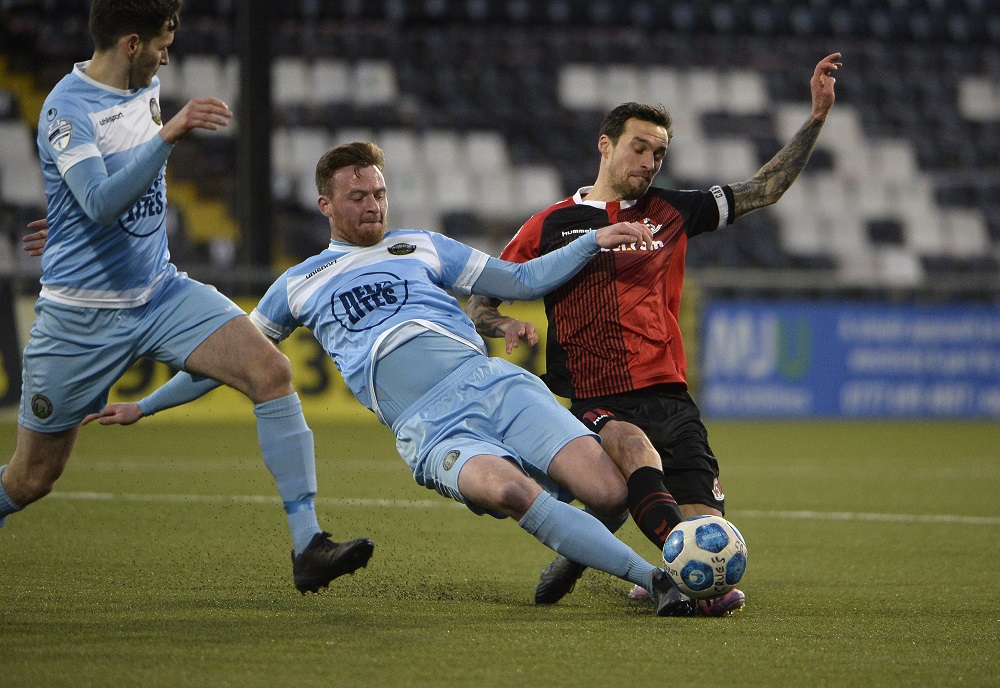 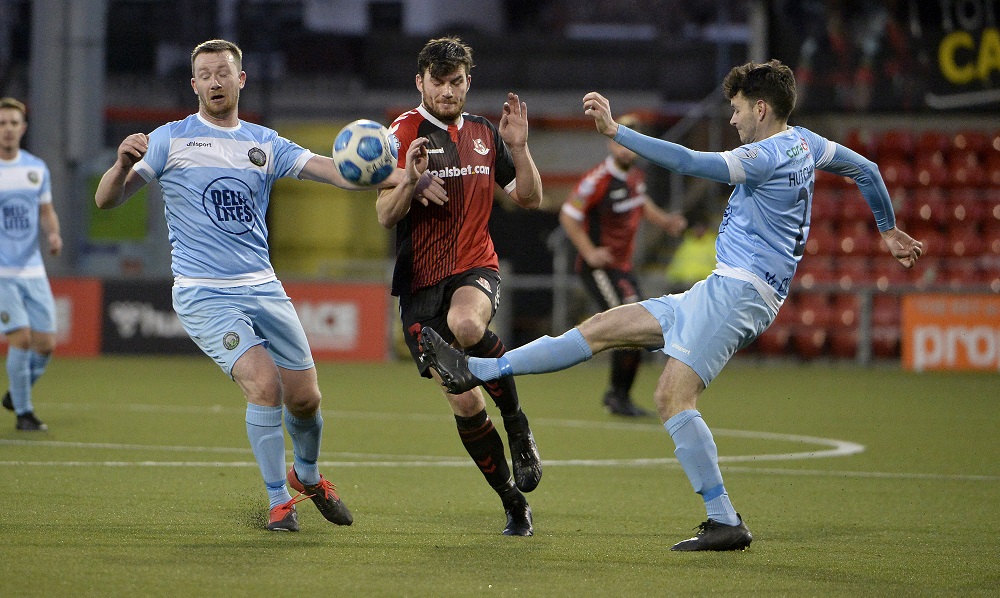 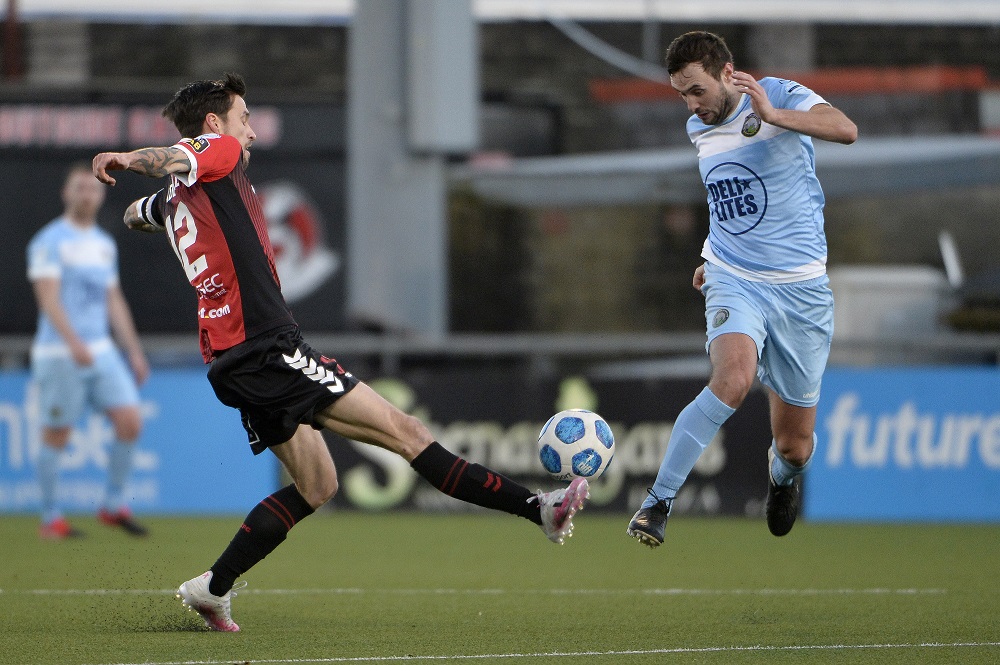 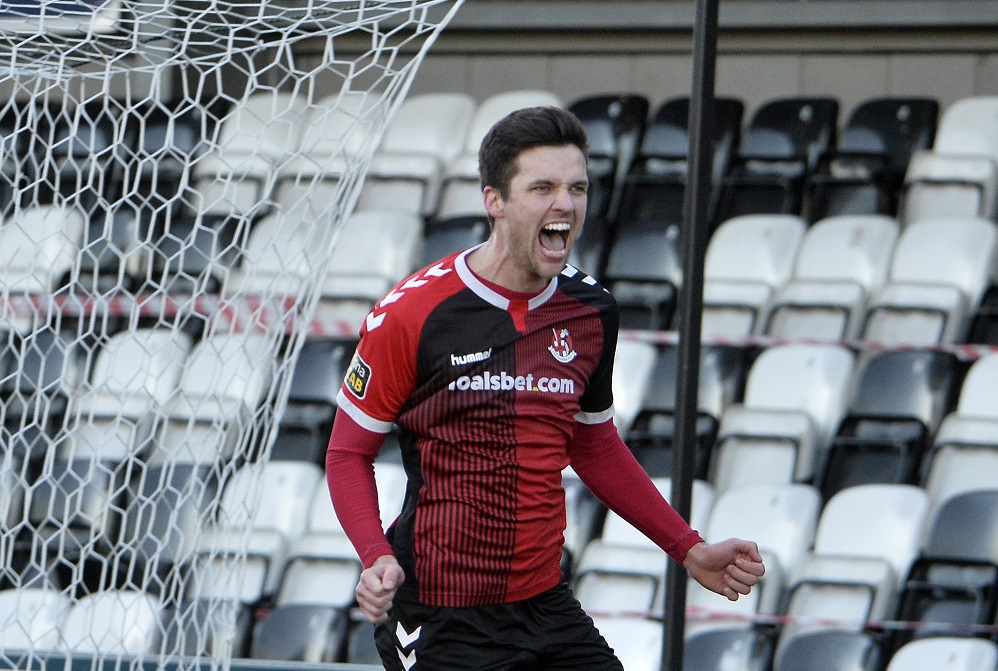 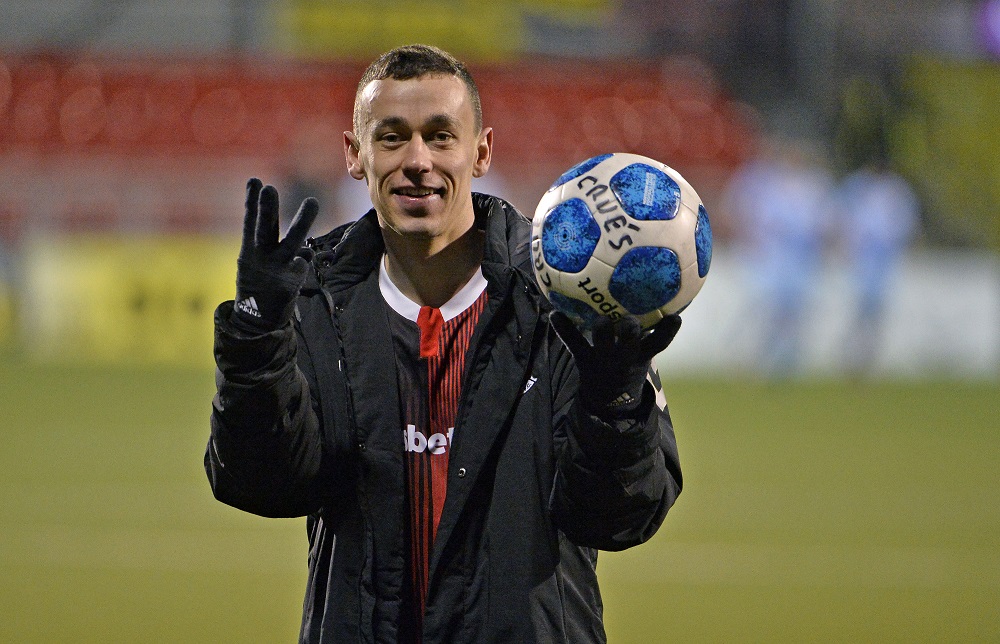