Ben Kennedy struck in the 93rd minute to earn visitors Crusaders a share of the spoils from the North Belfast derby with Cliftonville at Solitude.
The Crues moved in front as early as the fourth minute. Cliftonville defender Jamie Harney was adjudged to have brought down Paul Heatley inside the box, and from the penalty that followed Jamie McGonigle stepped up to beat Aaron McCarey into the bottom right corner.
Cliftonville came close to an instant reply only for Chris Curran's near post volley to be blocked by Billy Joe Burns while, at the other end, McGonigle latched onto Rodney Brown's cross but could only fire over.
Crusaders continued to look strong with Philip Lowry having a shot on goal blocked before Heatley just failed to connect with a McGonigle ball across the face of goal.
The Reds might have levelled eight minutes from the break but Crues keeper Gerard Doherty did well to palm Ronan Doherty's volley away.
However, Paddy McLaughlin's side did equalise on 42 minutes through Rory Hale who, playing against his former club for the first time, pounced to knock home the follow up after Conor McMenamin's initial effort had been well saved by Doherty.
Cliftonville started the second half on the front foot, forcing Doherty to save from McMenamin followed quickly by a Chris Curran drive over the bar.
Then, on 49 minutes, the Reds moved into the lead after Doherty's quickly taken free-kick was sent over by Conor McDermott but, in an attempt to clear the danger, Crues defender Chris Hegarty could only slice the ball into his own net.
Although a somewhat scrappy affair, Cliftonville looked the more likely to find the net again as the game progressed with McMenamin offering up a dipping effort from distance and another left-foot drive which fell just the wrong side of the left post.
Crusaders were limited mainly to half chances but, three minutes into stoppage time, Kennedy struck with a cross/shot from out on the right flank which bypassed everyone before sneaking in at the far post.
Cliftonville: McCarey, McDermott, Breen, Harney, C. Curran, R. Curran, McMenamin, Donnelly, Bagnall, Doherty, Hale subs Brush (not used), O'Reilly (replaced McMenamin 87), O'Connor (replaced Hale 82), McCrudden (not used), Gormley (not used), Casey (not used), Maguire (not used)
Crusaders: Doherty, Burns, Hegarty, Weir, Lowry, McGonigle, Caddell, Forsythe, Lecky, Brown, Heatley subs O'Neill (not used), Kennedy (replaced Hegarty 87), Cushley (replaced McGonigle 78), Ruddy (not used), Owens (replaced Weir 56), Burns (not used), Patterson (not used) 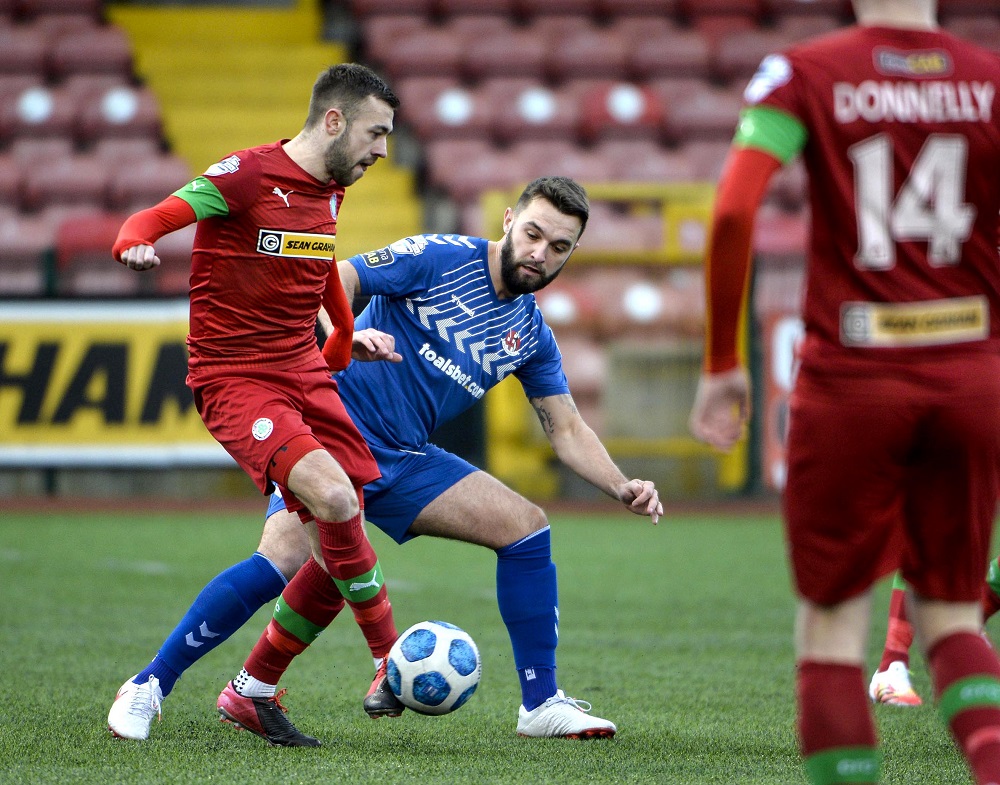 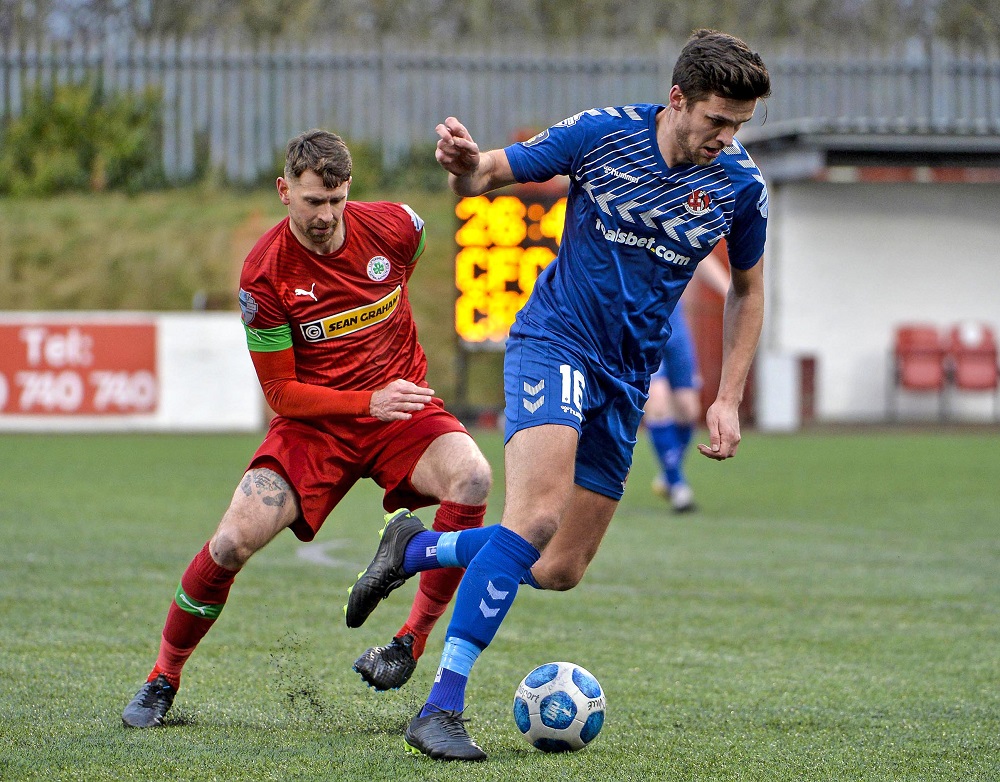 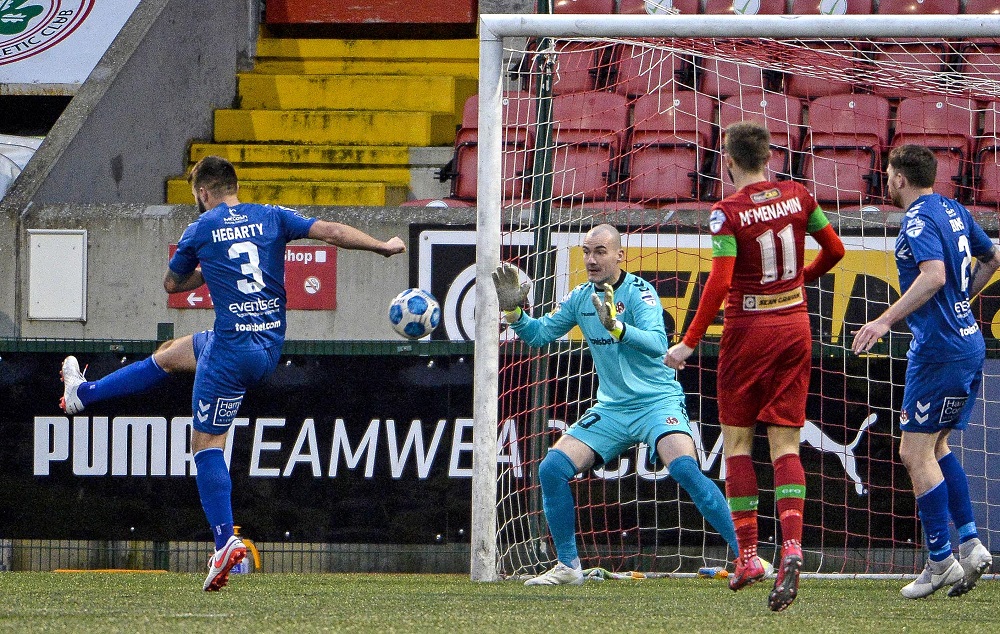 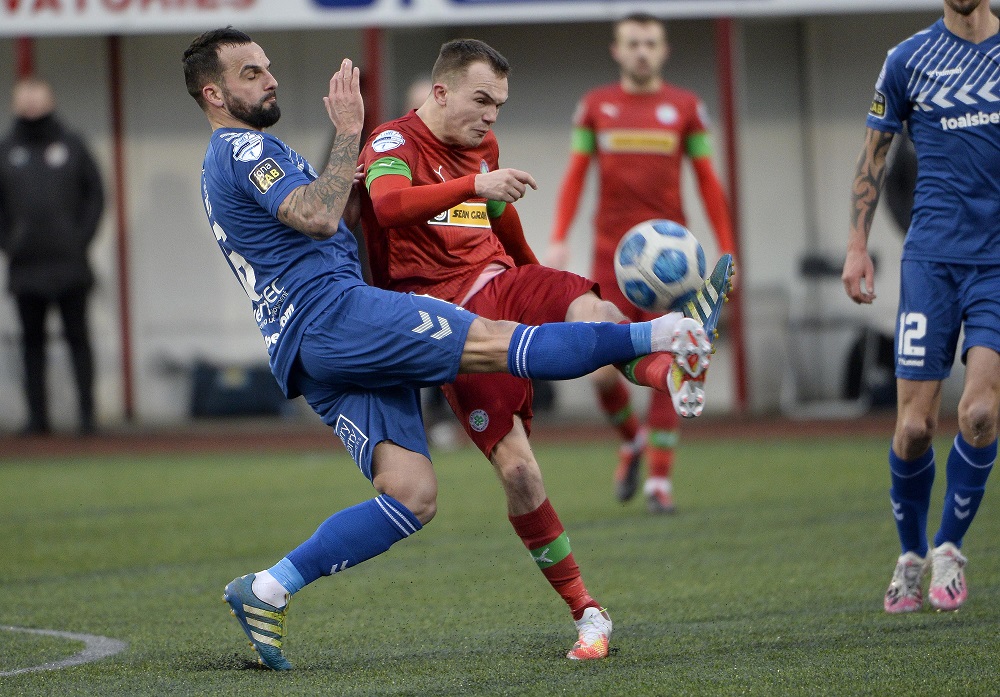 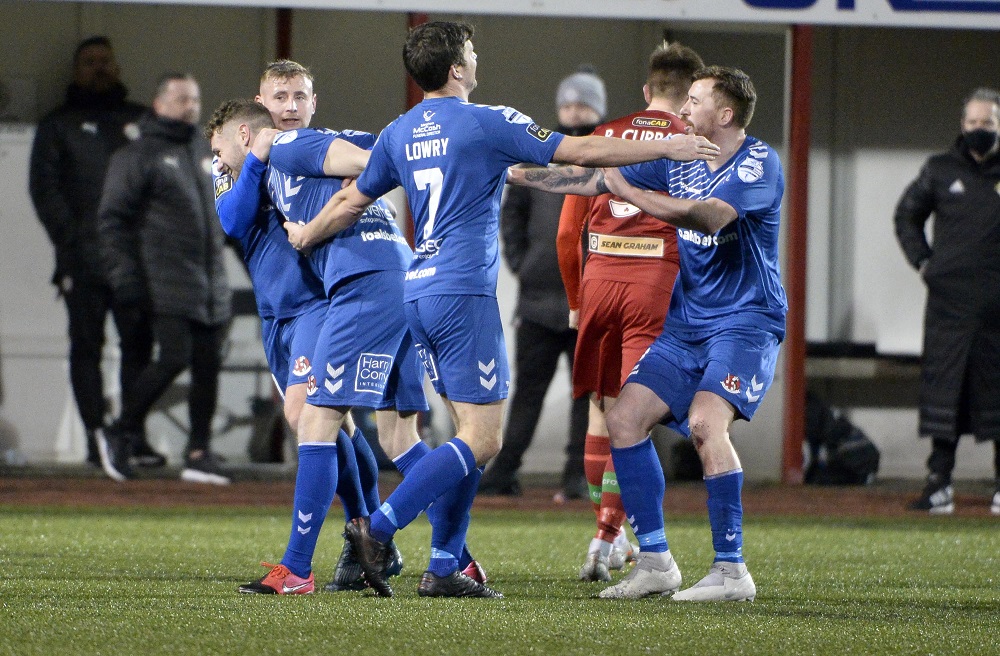 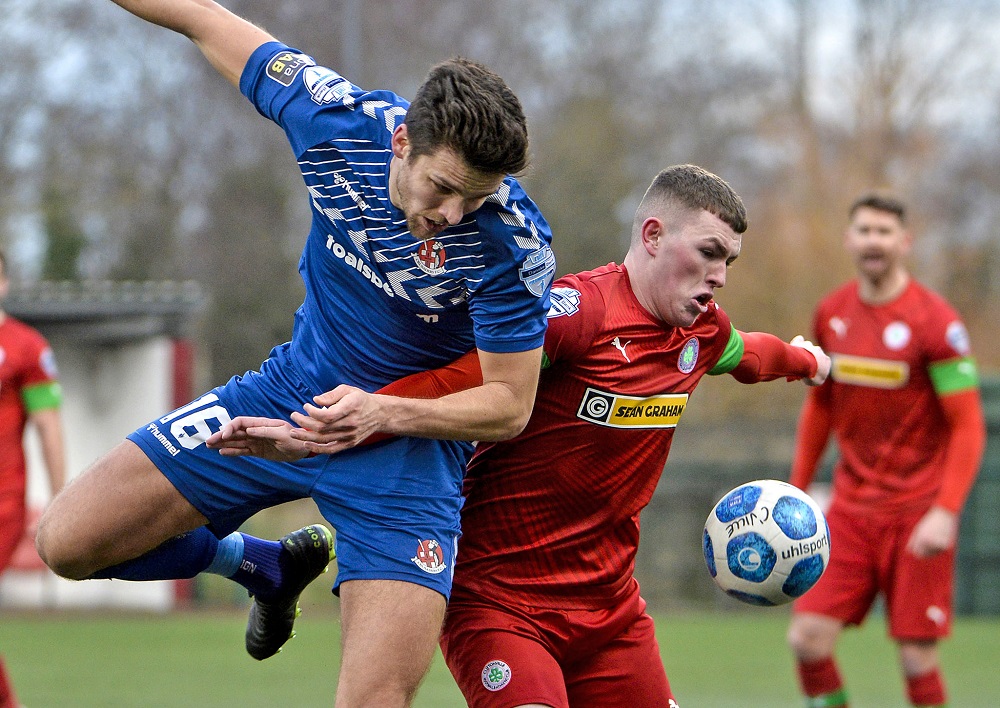