FOUR FOR WATERWORTH AS BLUES HIT POINT FOR SIX

Andrew Waterworth bagged four goals as Linfield swept to a comprehensive victory over Warrenpoint Town at Windsor Park.
The win moves Linfield four points clear at the top of the table after fellow challengers Crusaders and Larne cancelled each other out in the lunchtime kick-off at Seaview.
Despite how the game finished the sides went in at the break scoreless after a fairly uneventful first half.
Linfield did have an early chance when Mark Haughey glanced a header wide from a Niall Quinn corner but that was the only real effort of note until around the half-hour mark after Navid Nasseri fired wide from 20 yards.
The Blues also squandered a great opportunity towards the end of the half after Nasseri broke down the left to cross for Kirk Millar but fired wide when well placed.
But it only took Linfield four minutes into the second half to open the scoring with Waterworth grabbing his first of the afternoon to squeeze the ball home after Jordan Stewart had done well to get past Daniel Wallace to create the opening.
Stewart doubled Linfield's lead on 68 minutes with a composed finish past the onrushing Gabriel Sava from Millar's perfectly played pass before, four minutes after that, Nasseri made it 3-0 with a curling finish into the top corner from another Millar delivery.
Waterworth then resumed scoring duties with a further three goals in the last ten minutes or so.
He extended Linfield's lead on 80 from the rebound after Millar's initial cross was cleared off the line, added a fifth with a header from Nasseri's cross to the back post before completing the scoring with his fourth goal in stoppage time after breaking clear to run onto a through ball and confidently finishing past Sava.
Linfield: Johns, Haughey, Callacher, Waterworth, Stewart, Millar, McClean, Mulgrew, Pepper, Quinn, Nasseri subs Moore (not used), Stafford (not used), Larkin (not used), Clarke (replaced Pepper 85), Kearns (replaced Stewart 79), Fallon (replaced Mulgrew 79)
Warrenpoint Town: Sava, Deasy, Ball, Dillon, McCaffrey, Gallagher, Swan, Hutchinson, Wallace, Byrne, Evans subs McVeigh (replaced Deasy 12), O'Connor (replaced Evans 73), O'Sullivan (not used), Mullen (not used), Cowan (replaced Ball 73), Knox (not used), Coleman (not used) 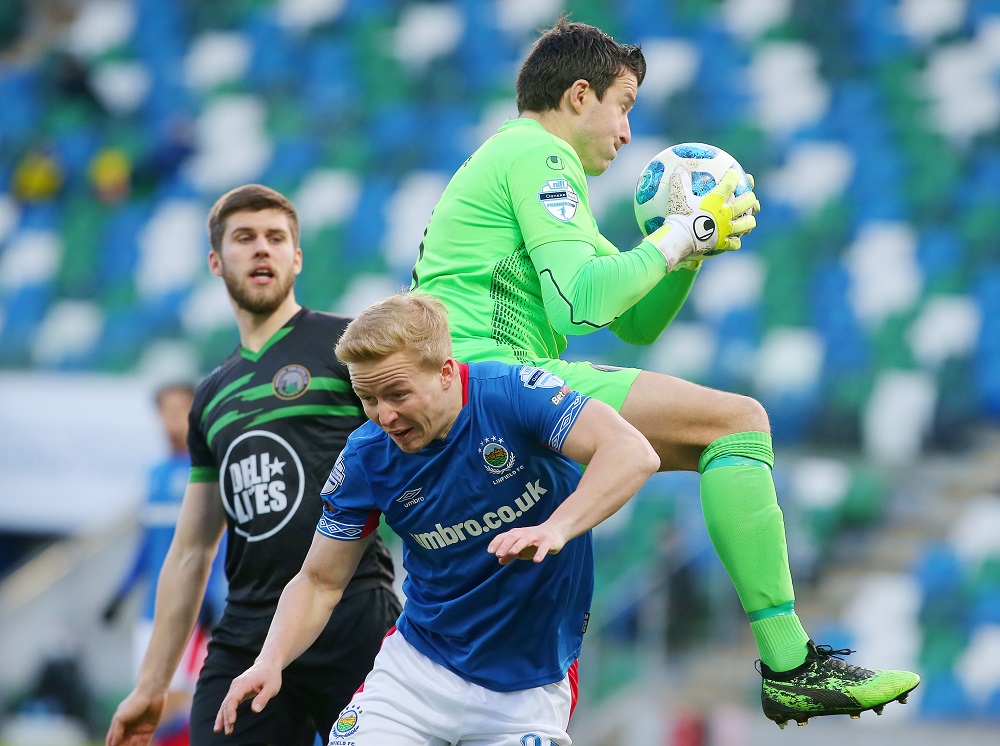 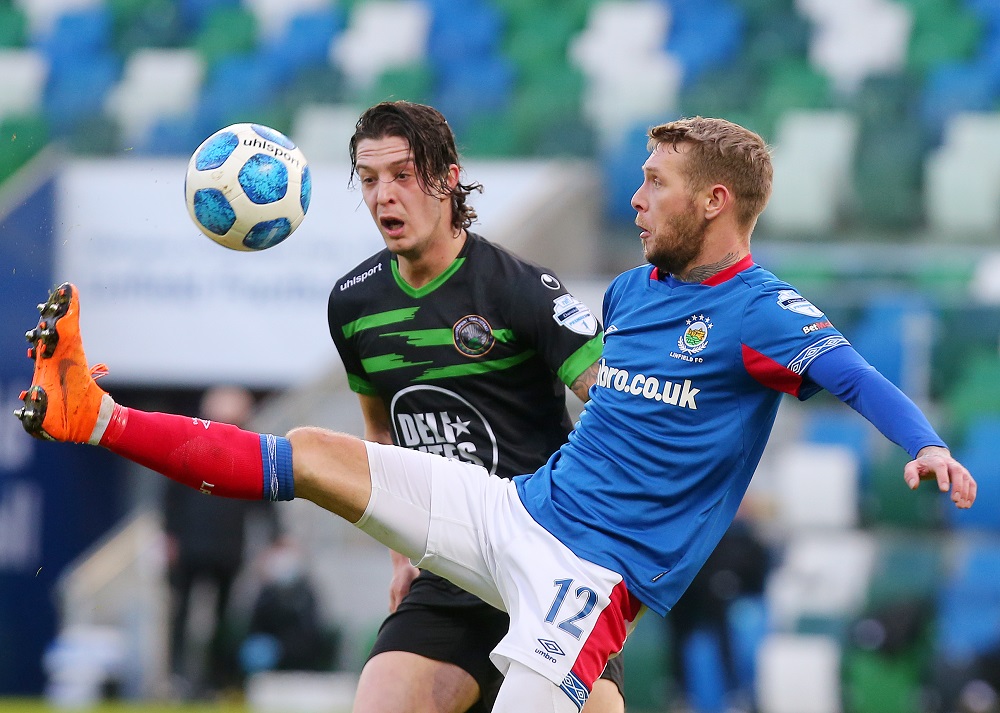 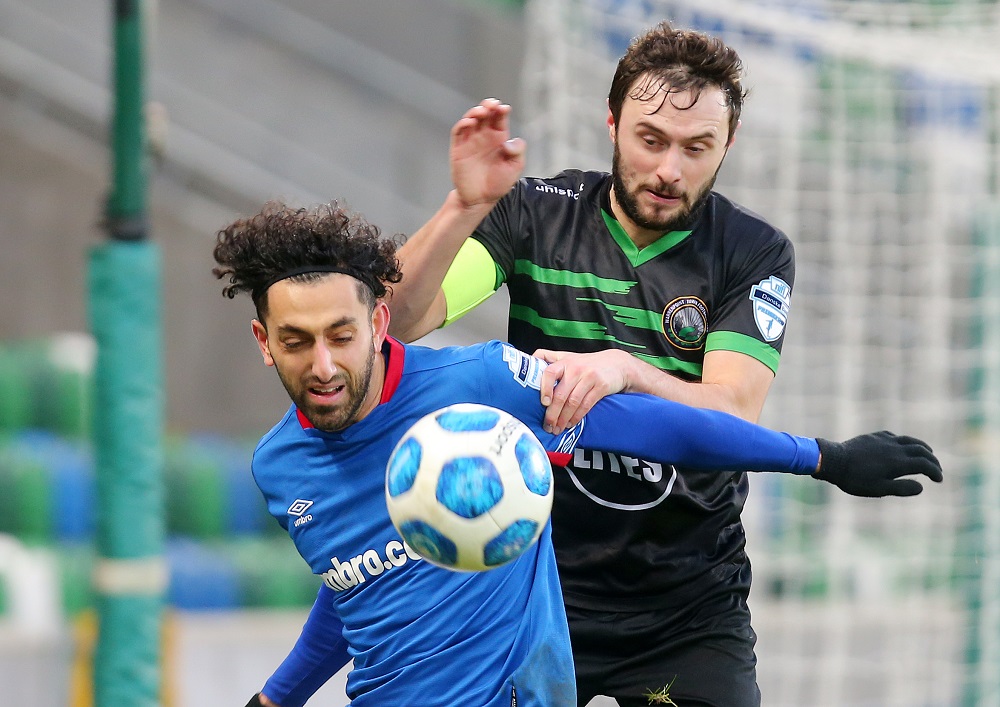 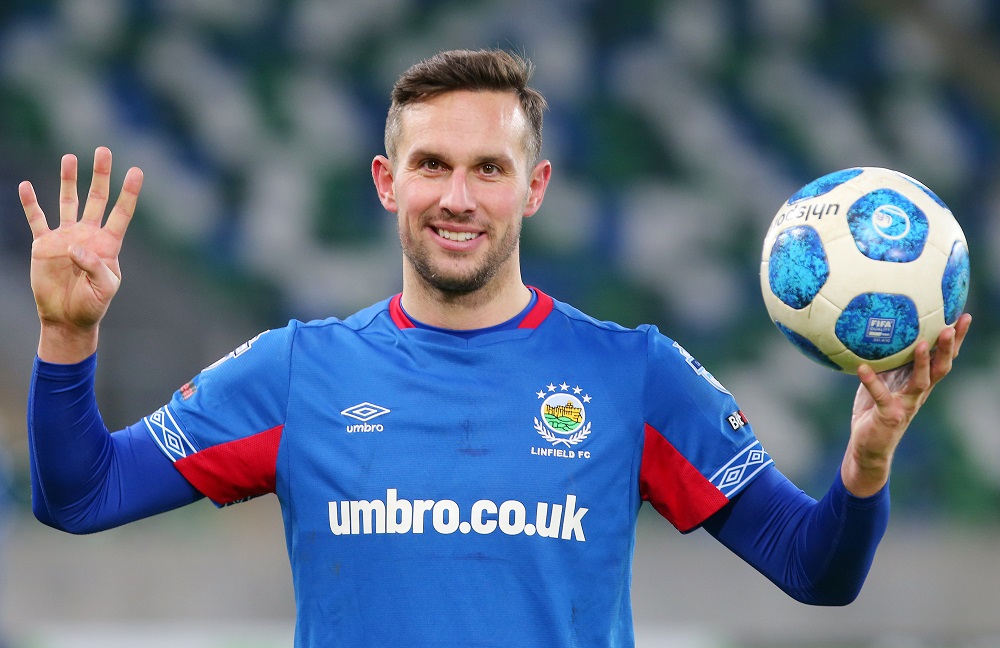 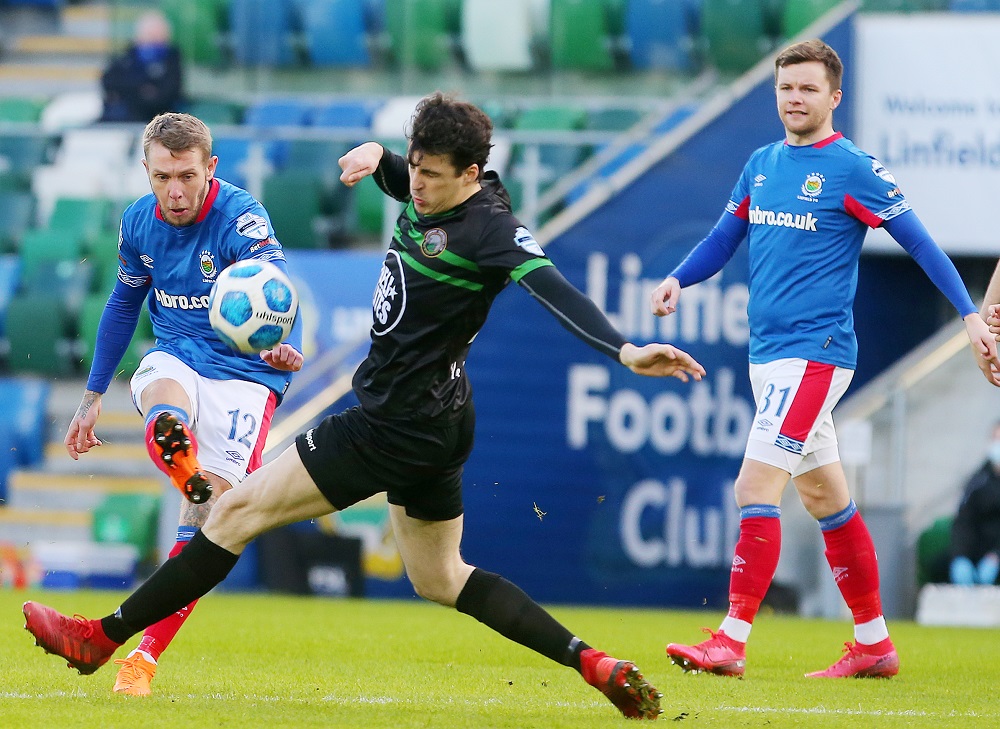 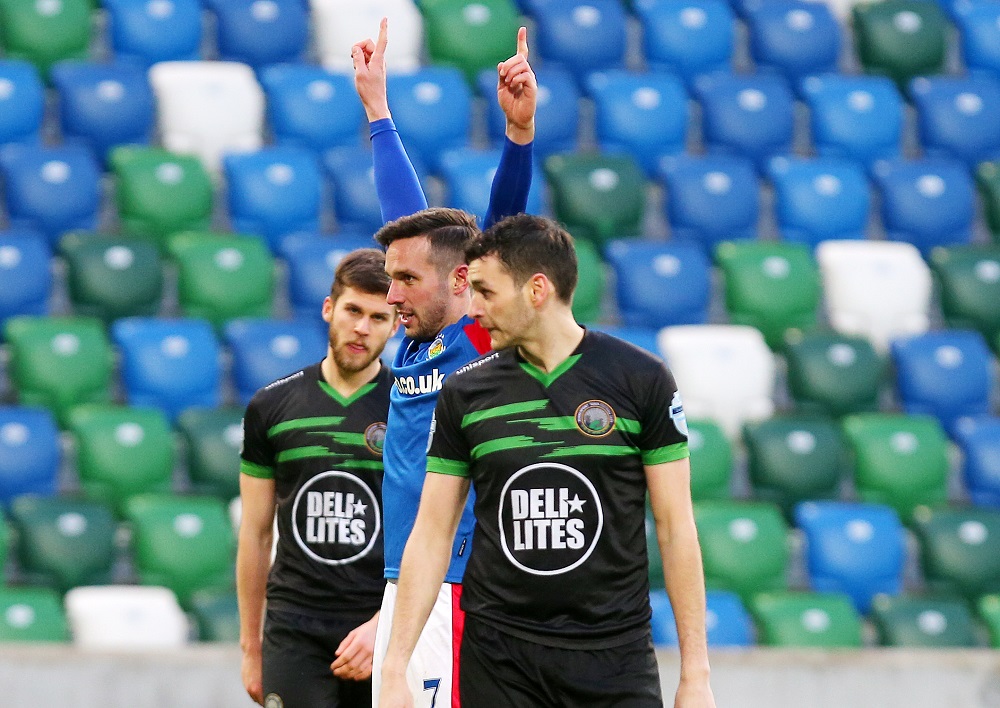