REDS COME OUT ON TOP OF SEVEN GOAL THRILLER

Cliftonville twice came from behind to defeat league leaders Linfield in a hugely entertaining clash at Solitude.
Paddy McLaughlin's side crafted the first effort of note after just four minutes when a short corner reached Rory Hale but his low shot from 25 yards went just wide.
Linfield moved in front after 12 minutes through Jordan Stewart. Jamie Mulgrew created the opening with a run through from midfield before laying the ball off to the right for Stewart to sweep into the opposite corner.
But the Reds levelled only six minutes after that. Hale did well to get behind the Linfield defence and squaring the ball for Michael McCrudden to slot home.
Conor McMenamin came close to edging Cliftonville in front just after the half-hour mark only to fire into the side netting from the left.
The visitors regained the lead on 65 minutes. Somewhat against the run of play, Mulgrew intercepted the ball before bringing it forward and beating Aaron McCarey with a deflection aided 25-yard strike.
Cliftonville almost responded immediately but Ryan Curran's header at the back post was cleared off the line by Mark Haughey.
However, it was 2-2 with just over a quarter-of-an-hour remaining after McMenamin got on the end of Jamie Harney's pass before despatching a finish low into the bottom corner.
Then, on 82 minutes, Cliftonville moved in front for the first time with McMenamin grabbing his second of the evening after cutting past Conor Pepper to beat Chris Johns.
And the Reds put the issue beyond doubt in the final minute of normal time courtesy of Ryan Curran's sweeping shot into the far corner after Daire O'Connor did well to create the opening.
Linfield did pull one back deep into stoppage time with a superbly executed Kirk Millar free-kick but it was too little, too late to spark a last minute revival for the Blues. 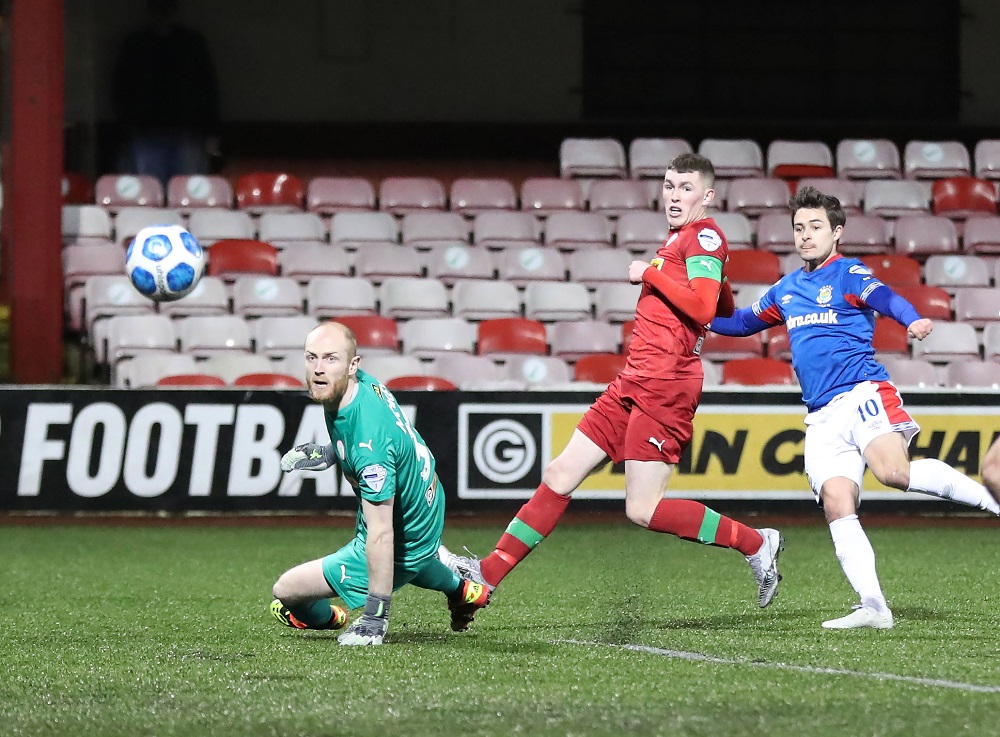 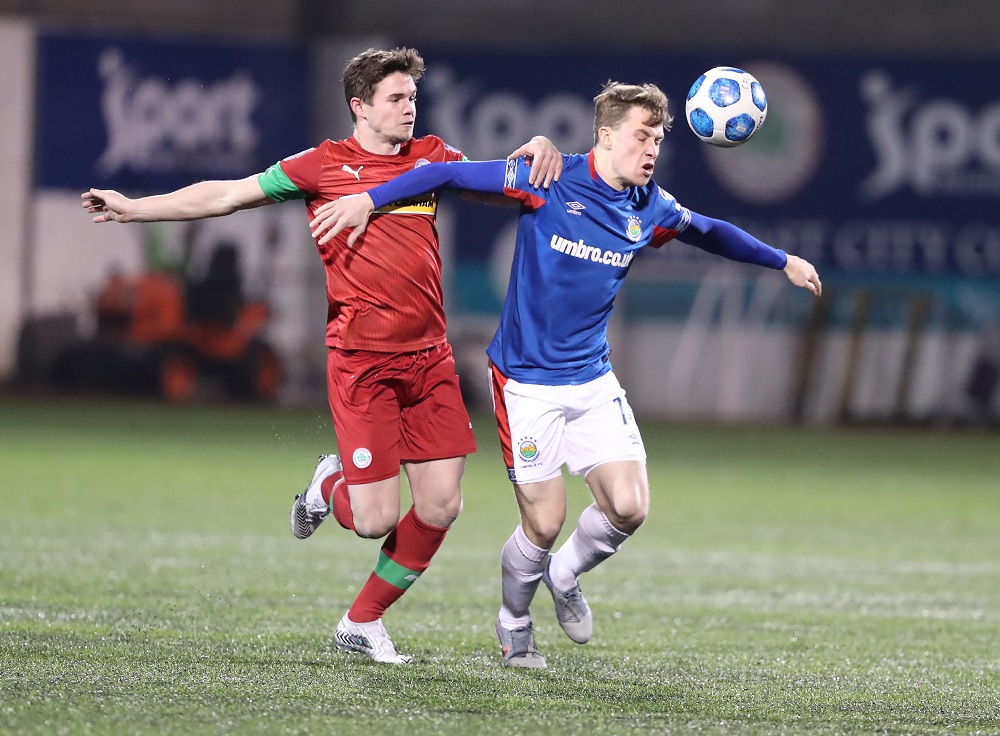 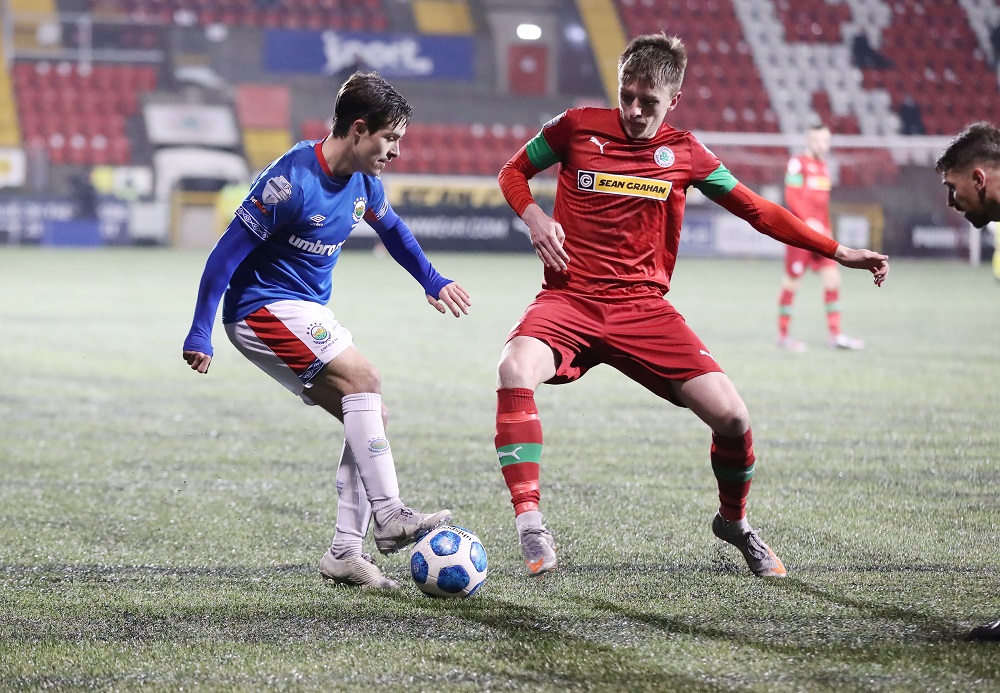 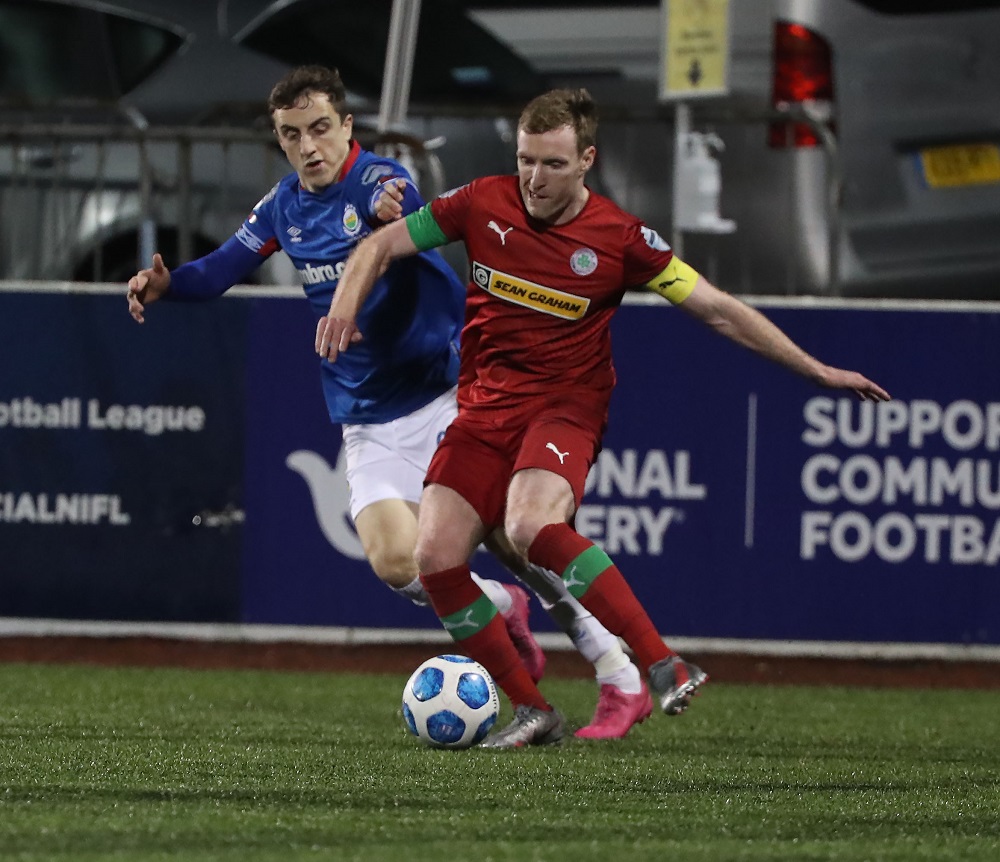 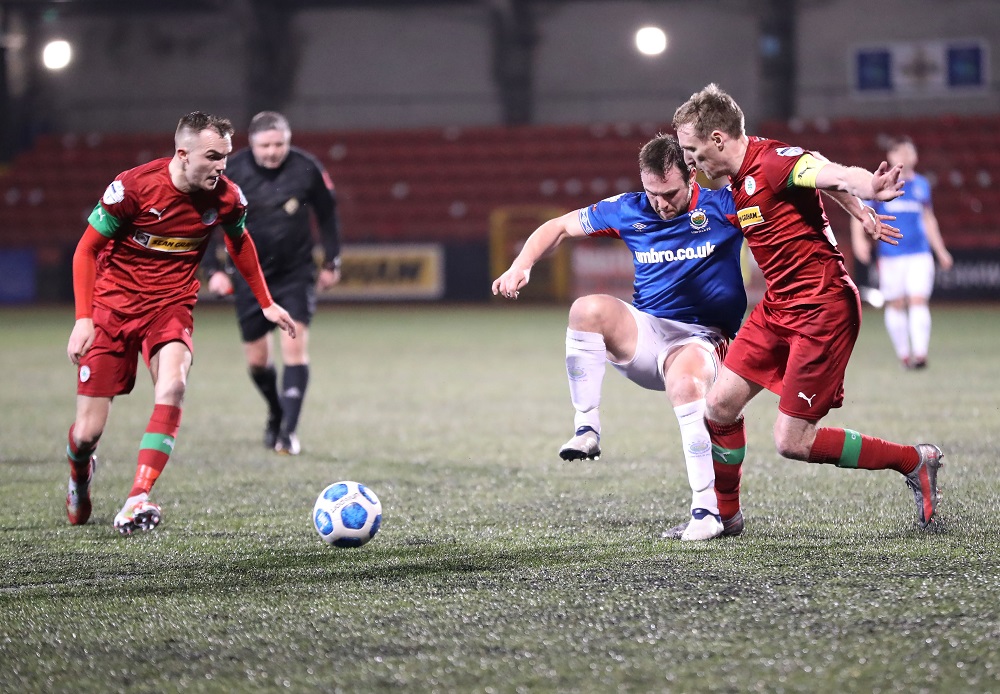 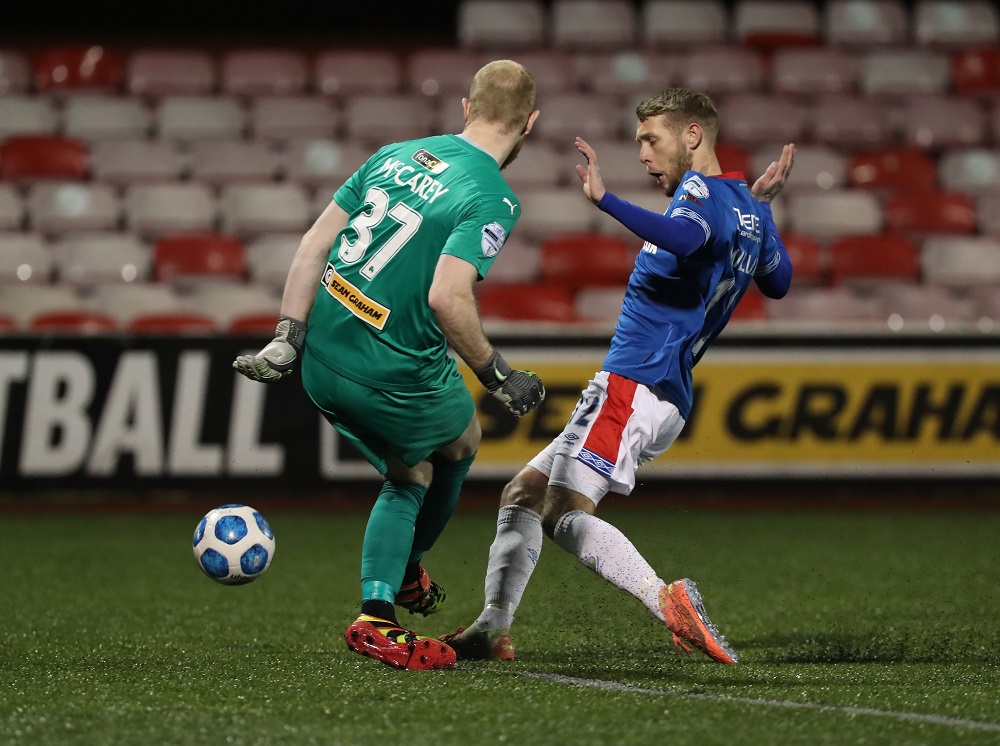