Coleraine made it five wins on the bounce with victory over title chasing Larne at Inver Park.
The Bannsiders moved in front as early as the sixth minute. Referee Shane Andrews pointed to the spot after ruling that Ronan Hale had pushed Stewart Nixon with Stephen Lowry duly stepping up to convert the subsequent penalty.
The visitors doubled their advantage just five minutes later. A poor pass from Fuad Sule left Albert Watson exposed, and dispossessed by James McLaughlin who comfortably knocked the ball beyond Conor Devlin.
In between the goals Larne had a chance with a John Herron header but it failed to trouble Gareth Deane.
As the first half progressed Larne did look the more likely to score with Tomas Cosgrove going close and then Davy McDaid finding the net only to see it ruled out offside while, right at the end, McDaid fired over after being played in by Mark Randall.
After the break substitute Johnny McMurray had two chances to bring Larne back into the game. He met a Martin Donnelly cross from the left but couldn't keep his header down before seeing another strike well saved at full stretch by Deane.
However, with just over a quarter-of-an-hour to go, Larne did pull one back through Watson who met a corner to send a thumping header into the net.
Then, on 81 minutes, McMurray came even closer to finding the net with an acrobatic effort from the edge of the box only for the ball to come crashing back off the crossbar.
Jeff Hughes then sent an effort wide as time ran out, but Coleraine held on to claim the points.
Larne: Devlin, Kelly, Watson, Robinson, Herron, Sule, Randall, Hale, McDaid, A. Mitchell, Cosgrove subs C. Mitchell (not used), Donnelly (replaced Hale 59), Scott (not used), Wade Slater (not used), Hughes (replaced A. Mitchell 46), Jarvis (not used), McMurray (replaced Randall 46)
Coleraine: Deane, Kane, Canning, Jarvis, Lowry, McLaughlin, McConaghie, O'Donnell, Glackin, Traynor, Nixon subs Gallagher (not used), Bradley (replaced McLaughlin 75), Carson (replaced Jarvis 75), Wilson (not used), Parkhill (replaced Nixon 85), Allen (not used), Beverland (not used) 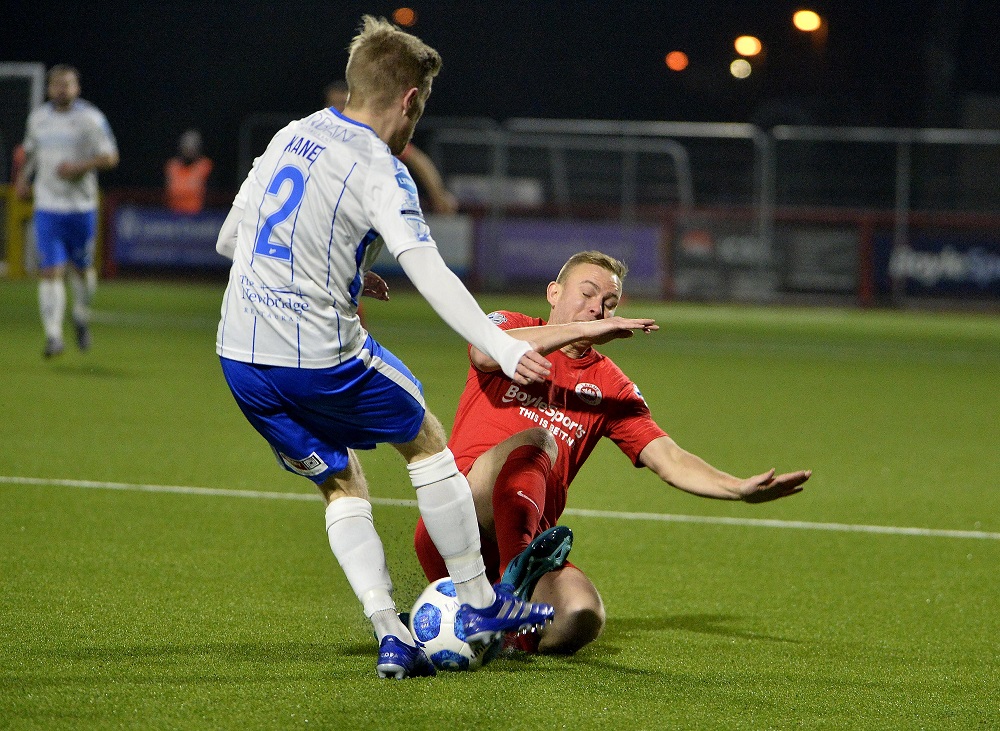 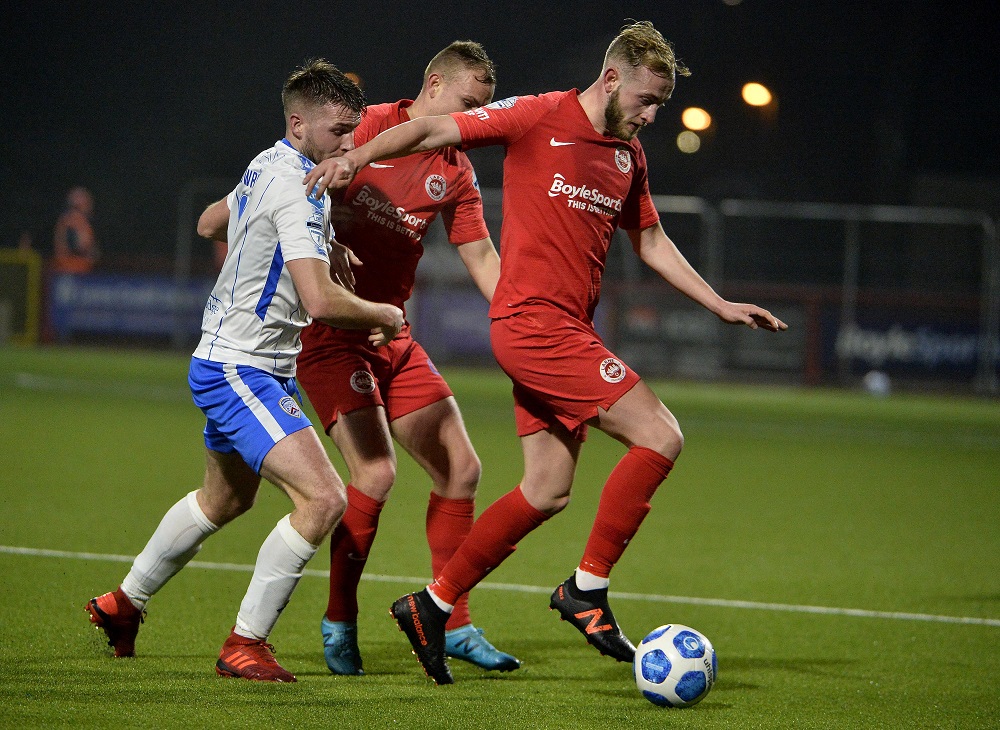 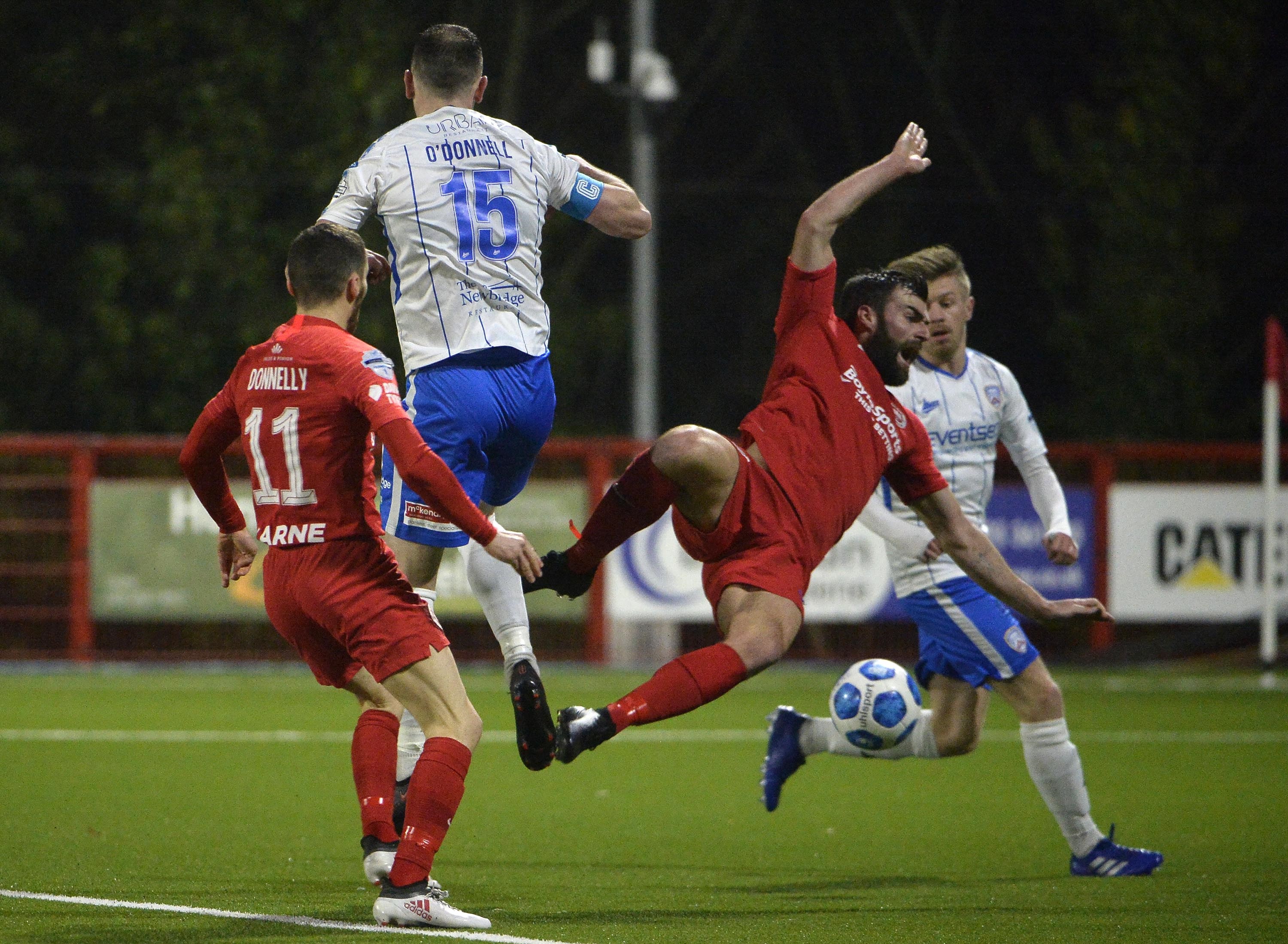 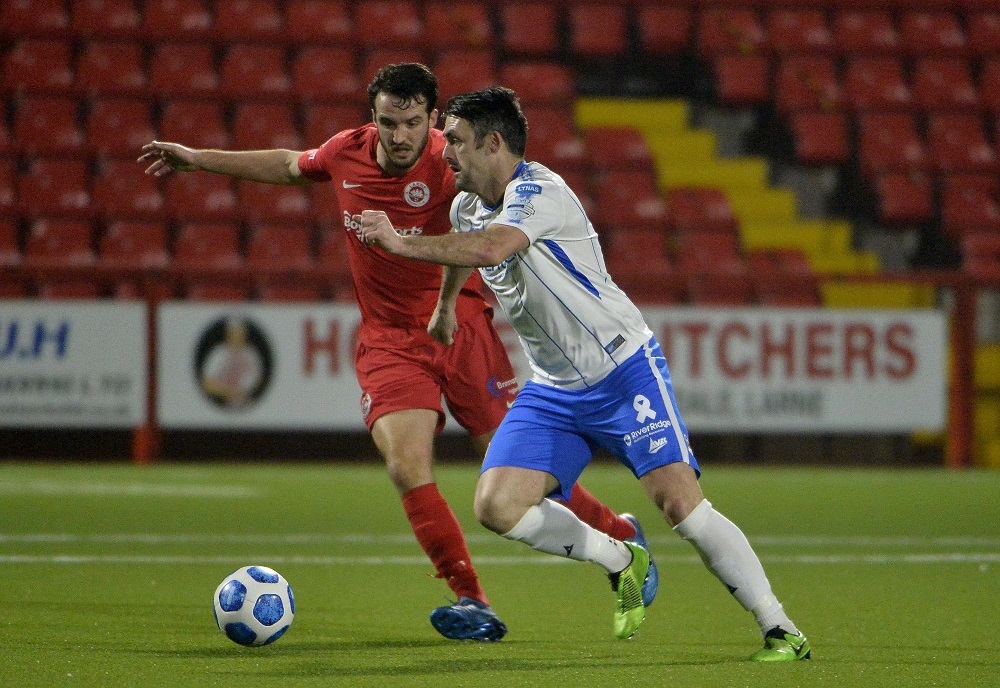 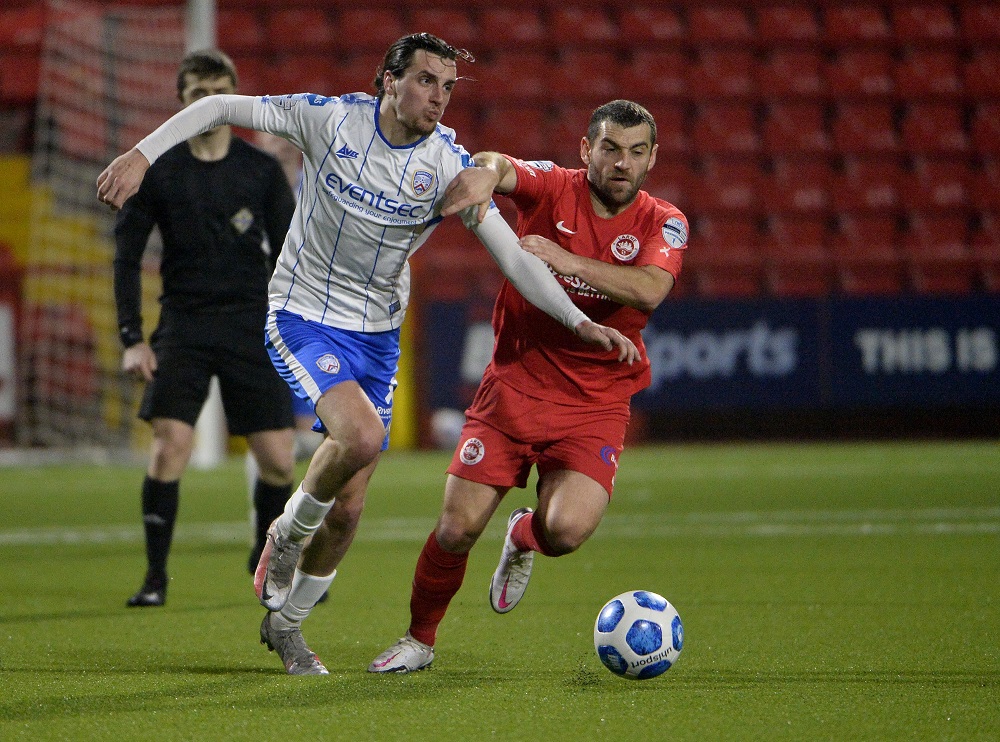 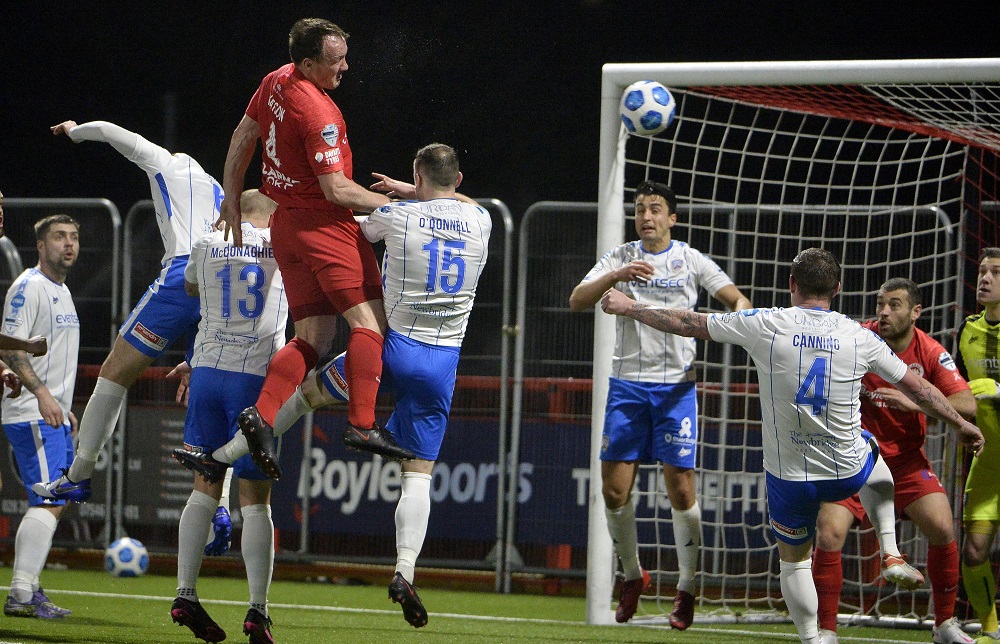