NOTHING BETWEEN LARNE AND GLENTORAN AT INVER PARK

Jeff Hughes and Robbie McDaid found the net as Larne and Glentoran couldn't be separated in the Friday night TV game at Inver Park.
After a scrappy opening period the first moment of note came with a quarter-of-an-hour on the clock when Tomas Cosgrove ran forward with the ball before having a go with his right foot just outside the box only for the ball to take a deflection to send it wide.
The deadlock was broken midway through the first half. Martin Donnelly delivered an inswinging corner from the right for Jeff Hughes, rushing in at the far post, to tap the ball home to hand Larne the advantage.
Glentoran had a chance not long after but Paul O'Neill's effort from almost 30 yards was saved by Conor Devlin.
On 35 minutes a good build up from Larne created an opening for Donnelly but his drive from outside the area was well dealt with by Dayle Coleing. John Herron then had a chance, with Coleing again coming to the rescue to push his fierce strike over for a corner.
At the other end Robbie McDaid poked the ball just wide from an excellent Chris Gallagher cross before, moments after that.
But McDaid went one better very early in the second half after touching the ball home from four yards after Marcus Kane had provided the cross from the left.
Larne almost regained the lead around the hour mark. Hughes combined with Lee Lynch before testing Coleing with an effort to the left side of the goal, followed swiftly by substitute Mark Randall sending a looping header from Cosgrove's cross onto the top of the crossbar.
Both sides pushed for the winner as the game progressed but that final touch in front of goal was lacking.
Hughes might have sealed it for Larne with five minutes remaining only to fire wide of the right post from around 30 yards, while the home side also had two penalty claims waved away but in the end there proved to be nothing between both camps.
Larne: Devlin, Watson, Robinson, Herron, Sule, Donnelly, Lynch, Cosgrove, Hughes, Jarvis, McMurray subs C. Mitchell (not used), Kelly (replaced Robinson 50), Randall (replaced Herron 61), Hale (not used), McDaid (replaced McMurray 78), Scott (not used), A. Mitchell (not used)
Glentoran: Coleing, Kane, McCullough, Bigirimana, Gallagher, O'Neill, McDaid, McClean, Marron, Plum, Marshall subs McDonagh (replaced Marshall 74), Gorman (replaced Plum 63), R. Donnelly (replaced O'Neill 66), Stewart (not used), Clucas (not used), Brown (not used), O'Connor (not used) 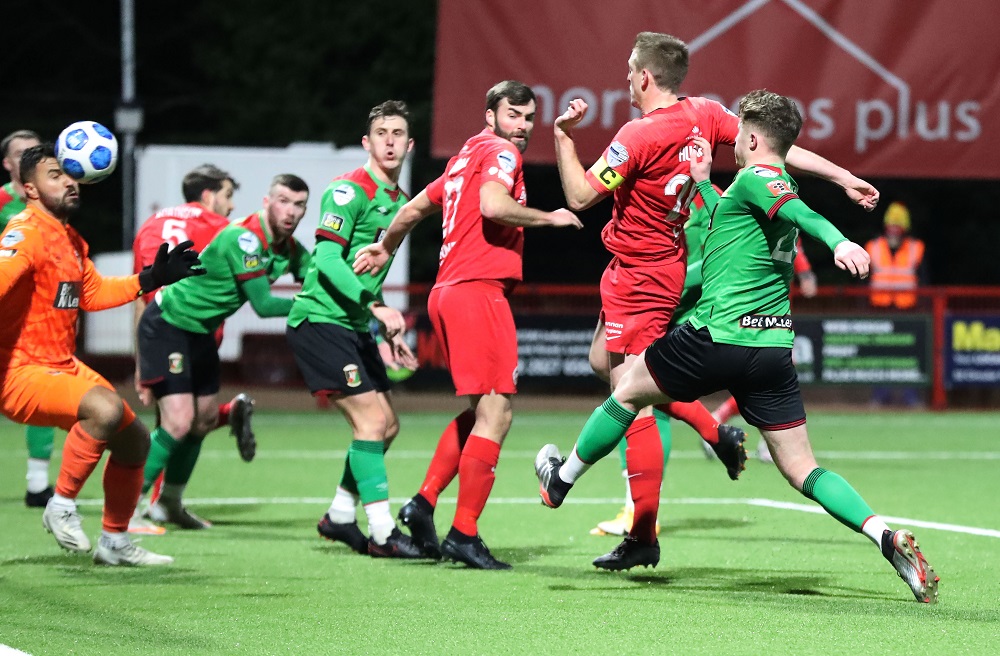 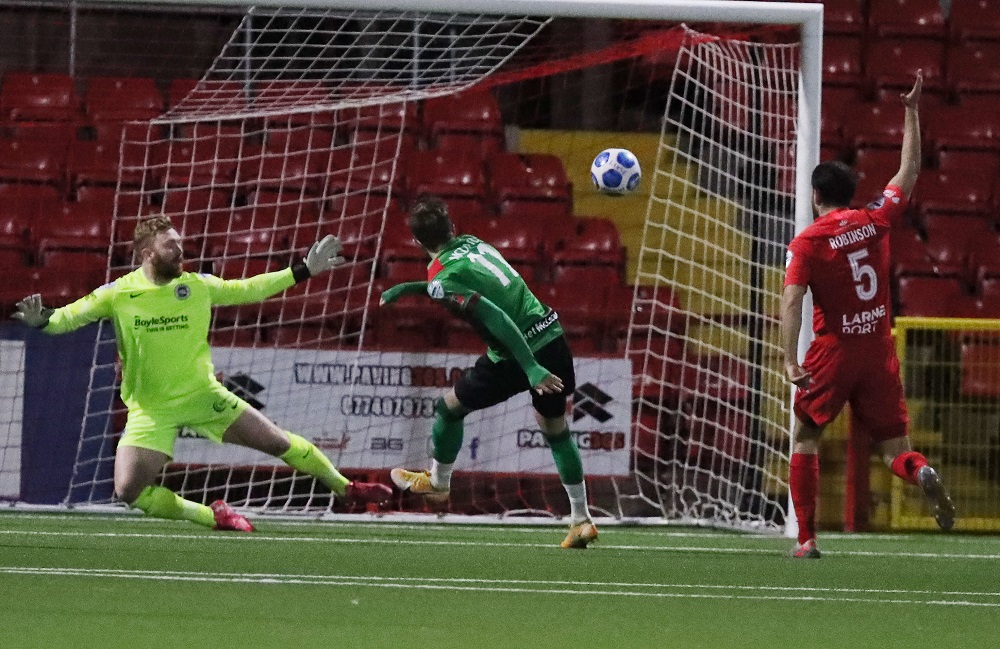 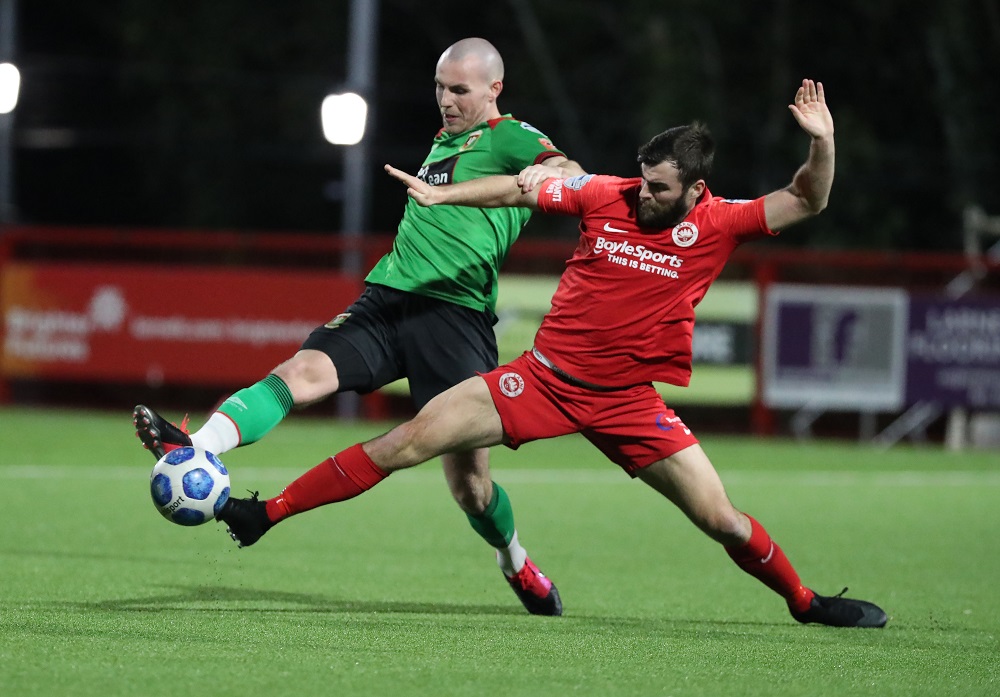 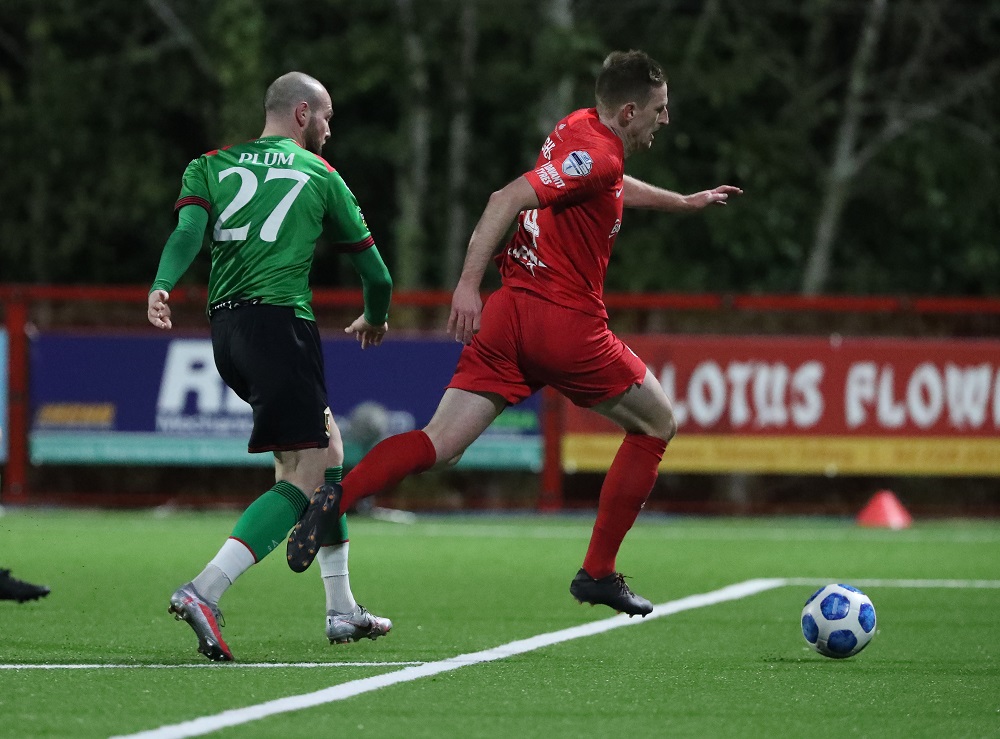 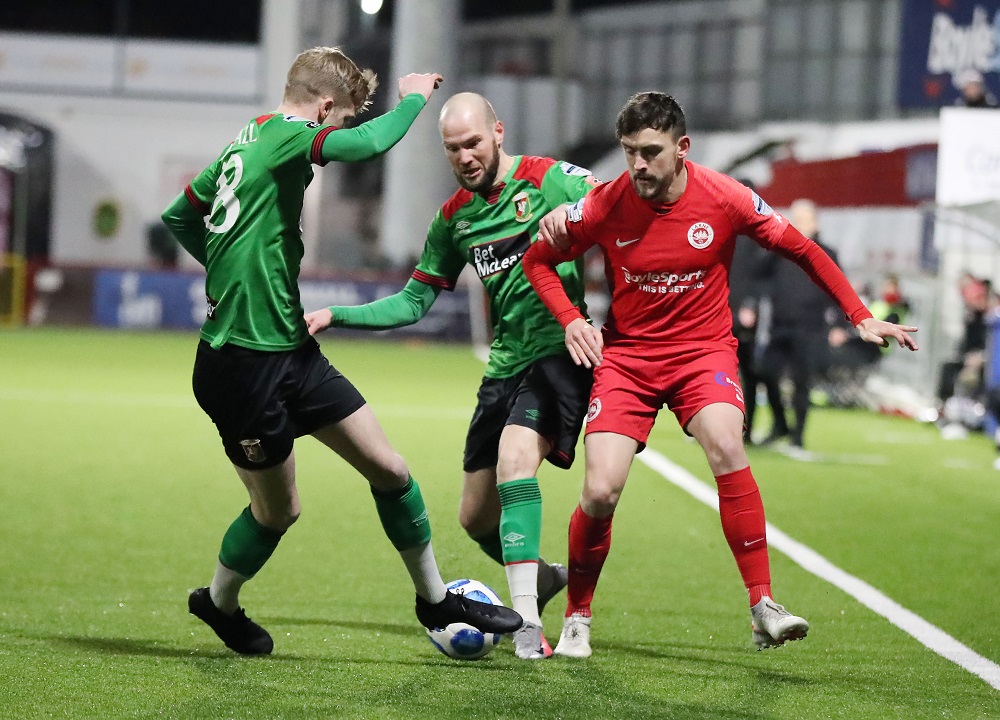 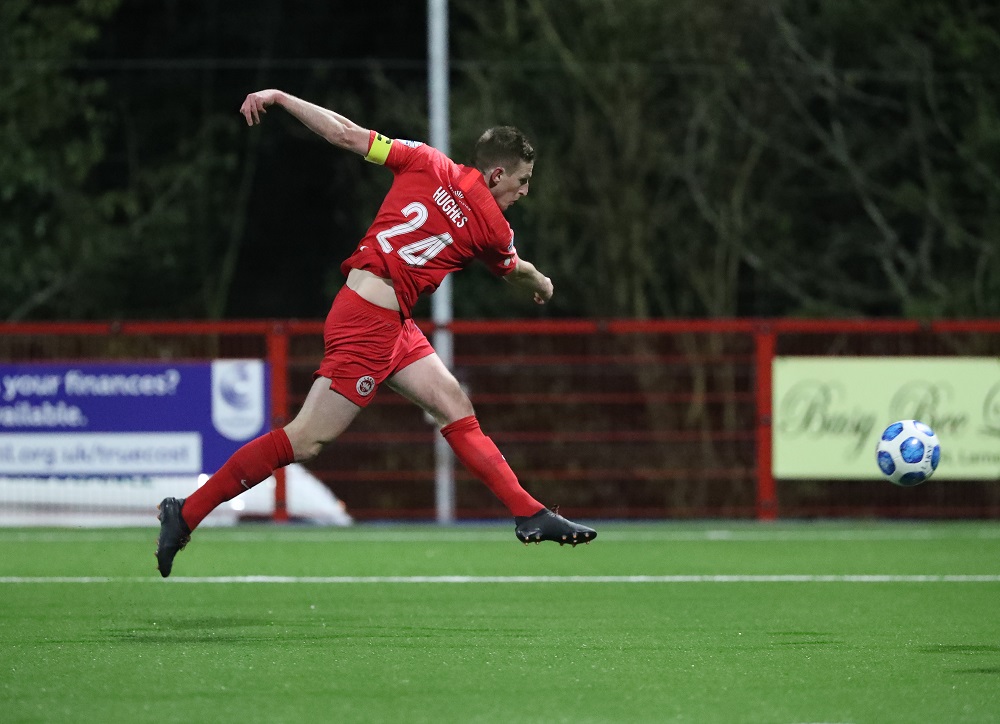