LITTLE BETWEEN REDS AND GLENAVON AT SOLITUDE

A late goal earned a share of the spoils for Cliftonville from Glenavon's visit to Solitude.
The first half proved to be one of few opportunities in front of goal.
Cliftonville started slightly on top with Rory Hale forcing an early save from Craig Hyland while Glenavon could only point to a Conor McCloskey effort that he couldn't keep on target.
Perhaps the best chance so far came on 35 minutes when Hale found Ryan Curran at the far post but he couldn't direct his header towards goal while, at the other end, Peter Campbell had a go from outside the box to produce a fine save from Aaron McCarey. Moments later Daniel Purkis delivered a looping cross which almost crept in before dipping over the bar.
Glenavon made much the better start after the break. Matthew Fitzpatrick fired into the side netting, and then had an effort blocked while a similar fate befell a Robert Garrett attempt.
The Reds came closest just before the hour after Ciaran O'Connor broke down the right before cutting the ball back for Hale but he could only fire over from a good position.
The deadlock was finally broken just after the hour in Glenavon's favour when Daniel Purkis converted from the spot after he had been brought down inside the box by Jamie Harney, sending McCarey the wrong way from the resultant penalty.
McCloskey had a chance to extend Glenavon's lead with a quarter-of-an-hour remaining after getting past Ronan Doherty but could only fire over.
Cliftonville thought they had levelled on 81 minutes when Thomas Maguire laid the ball off for Conor McMenamin, only for his sweeping finish to be ruled out offside.
But the Reds did earn a point right at the end through Ryan Curran after his strike from the edge of the box curled beyond Hyland into the far corner.
Cliftonville: McCarey, Breen, Harney, C. Curran, O'Connor, R. Curran, McCrudden, Donnelly, Bagnall, Doherty, Hale subs Dunne (not used), McMenamin (replaced Breen 46), Casey (not used), Maguire (replaced McCrudden 69), O'Brien (not used), Lowe (replaced C. Curran 46), Teggart (not used)
Glenavon: Hyland, Coates, Doyle, Purkis, Campbell, Snoddy, Fitzpatrick, McCloskey, Singleton, Garrett, Ward subs Tuffey (not used), Harmon (not used), O'Mahony (replaced Campbell 85), Norton (not used), McCaffrey (replaced Fitzpatrick 83), McNulty (replaced Coates 67) 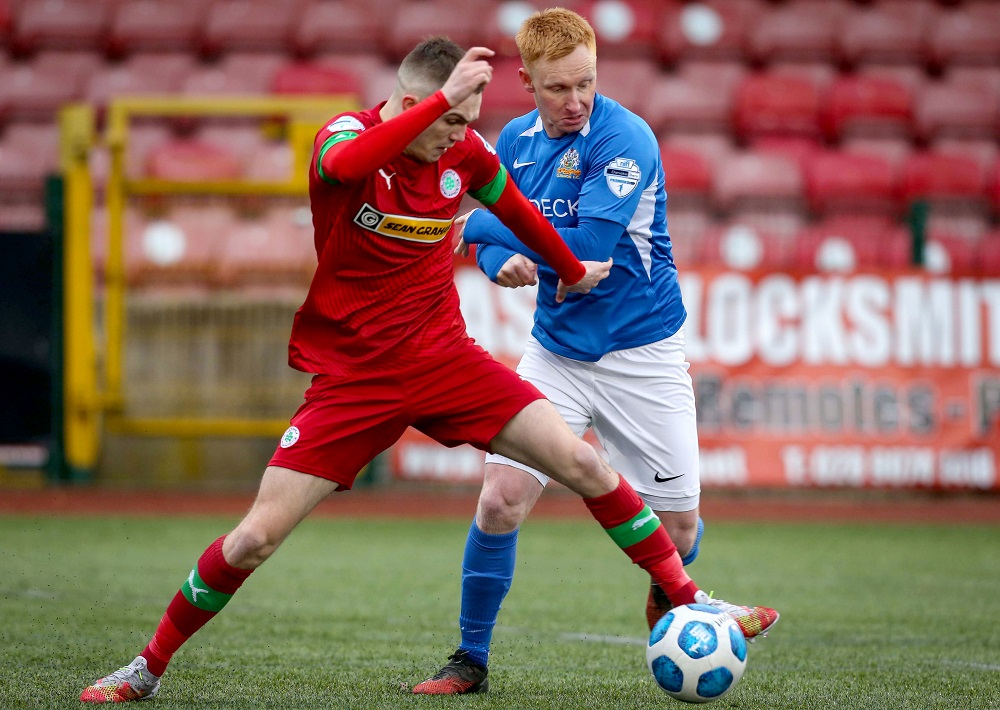 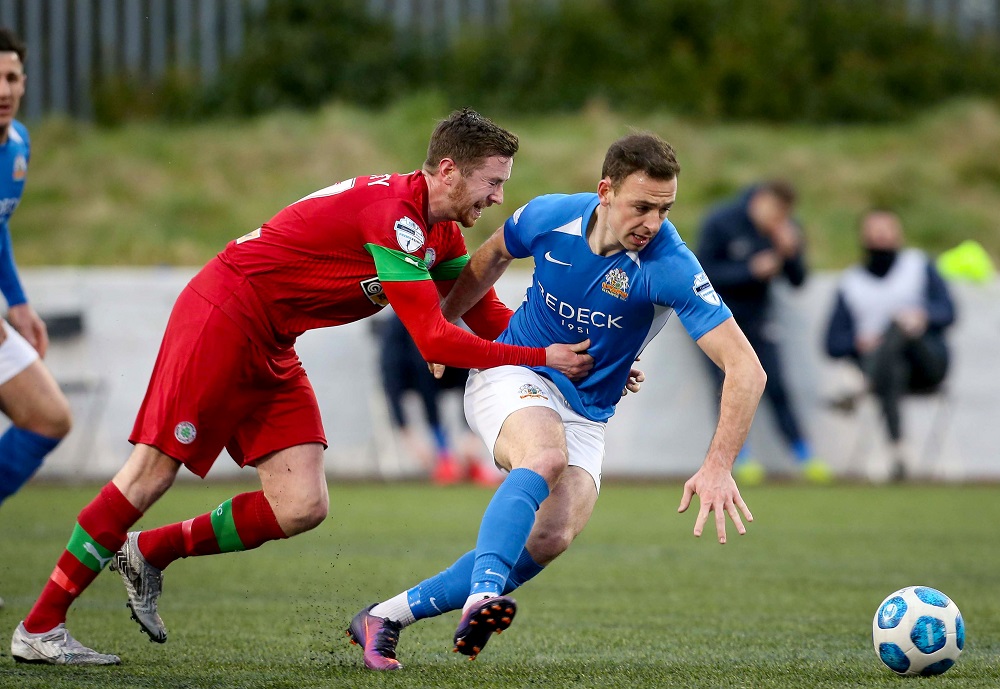 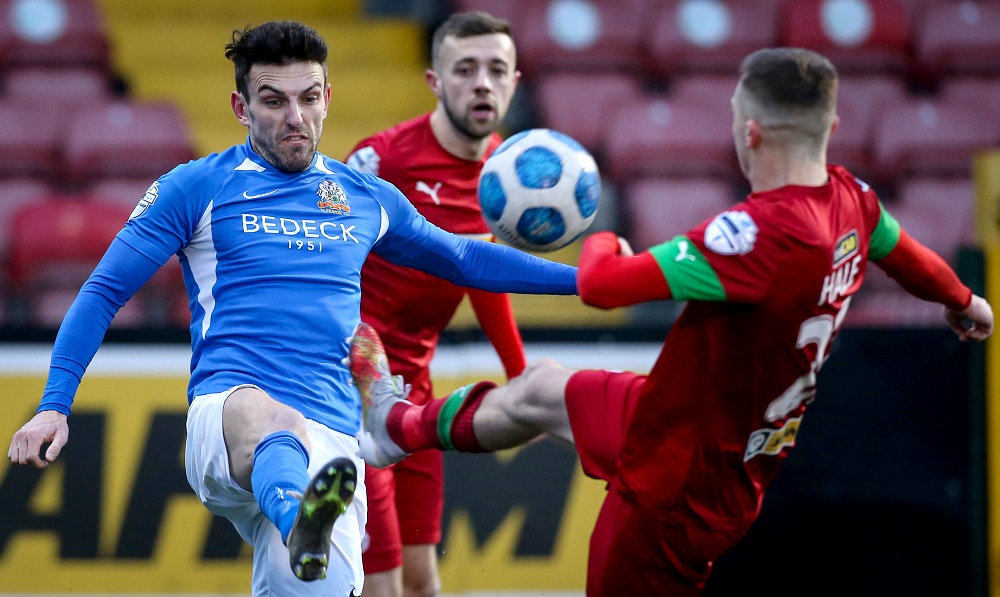 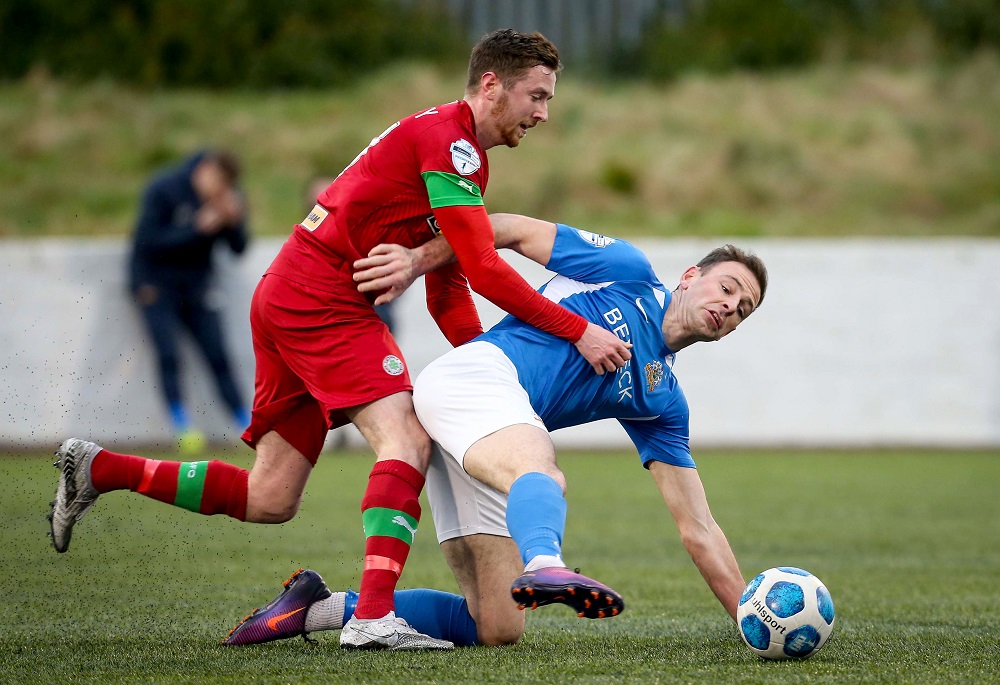 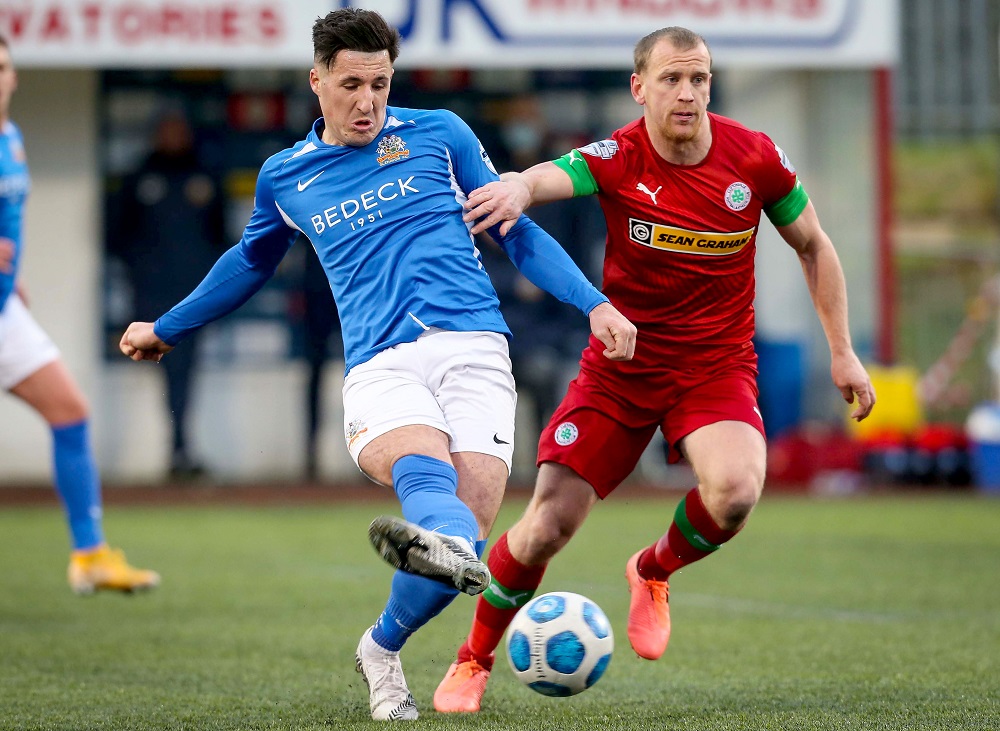 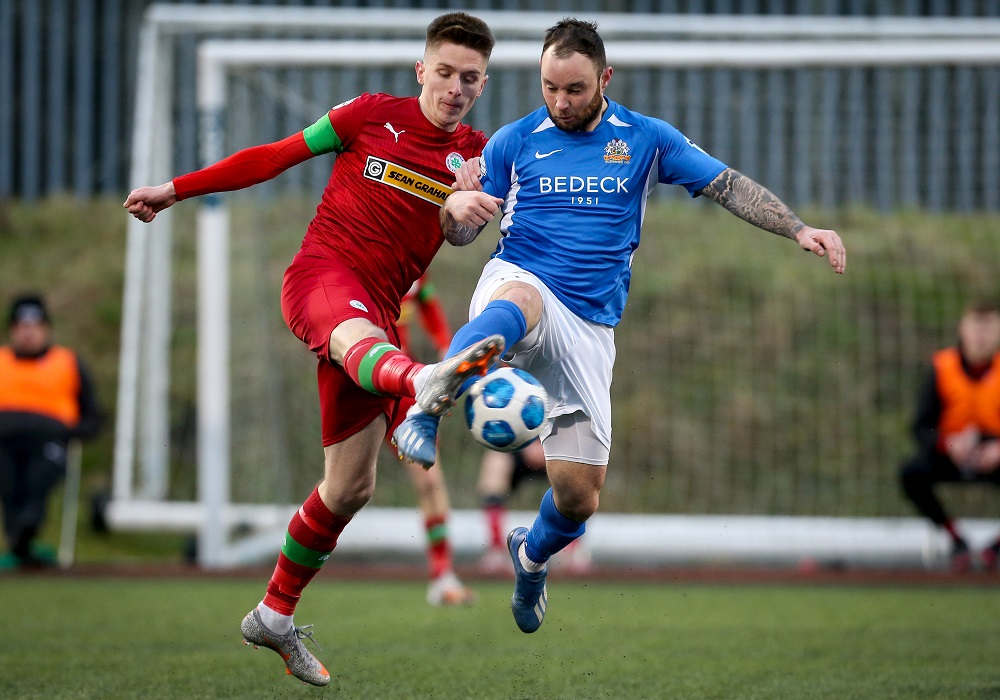