Larne produced a clinical performance to comprehensively defeat Glenavon at a damp Mourneview Park.
They got off to a bright start, almost taking the lead inside the first minute when David McDaid took the ball past keeper Craig Hyland only to see his effort cleared off the line.
Then, not long after that, Ronan Hale's curling shot was well kept out by Hyland before McDaid was denied again after finding space inside the box.
Larne did take the lead, however, on 21 minutes through Lee Lynch with a superb strike into the top left corner from the edge of the area.
But Glenavon levelled just five minutes after that. A Conor McCloskey cross was adjudged to have struck the hand of Albert Watson with Michael O'Connor stepping up to send Conor Devlin the wrong way from the penalty that followed.
However, Larne regained the advantage early in the second half after Mark Randall's cross from the left with met by Jeff Hughes who sent a looping header over Hyland.
And the visitors stretched their lead just before the hour after a superb through ball from Randall set Hale clear to slide the finish below Hyland from 15 yards.
Glenavon had a chance on 71 minutes but Aaron Harmon, just on the pitch, headed wide at the far post but the game was settled as a contest with seven minutes remaining when substitute Andy Mitchell bagged Larne's fourth from the spot after Andrew Doyle had brought down Hale inside the box.
Glenavon: Hyland, Doyle, Purkis, Campbell, Snoddy, O'Connor, Fitzpatrick, McCloskey, Singleton, Garrett, Ward subs Harmon (replaced Purkis 70), Taylor (not used), O'Mahony (replaced McCloskey 64), Norton (not used), McCaffrey (replaced O'Connor 70), McNulty (not used), Rea (not used)
Larne: Devlin, Kelly, Watson, Sule, Randall, Hale, McDaid, Lynch, Cosgrove, Hughes, Jarvis subs C. Mitchell (not used), Donnelly (not used), A. Mitchell (replaced Cosgrove 66), McKendry (replaced Hughes 83), Mottley-Henry (not used), McMurray (replaced McDaid 77), Wade Slater (not used) 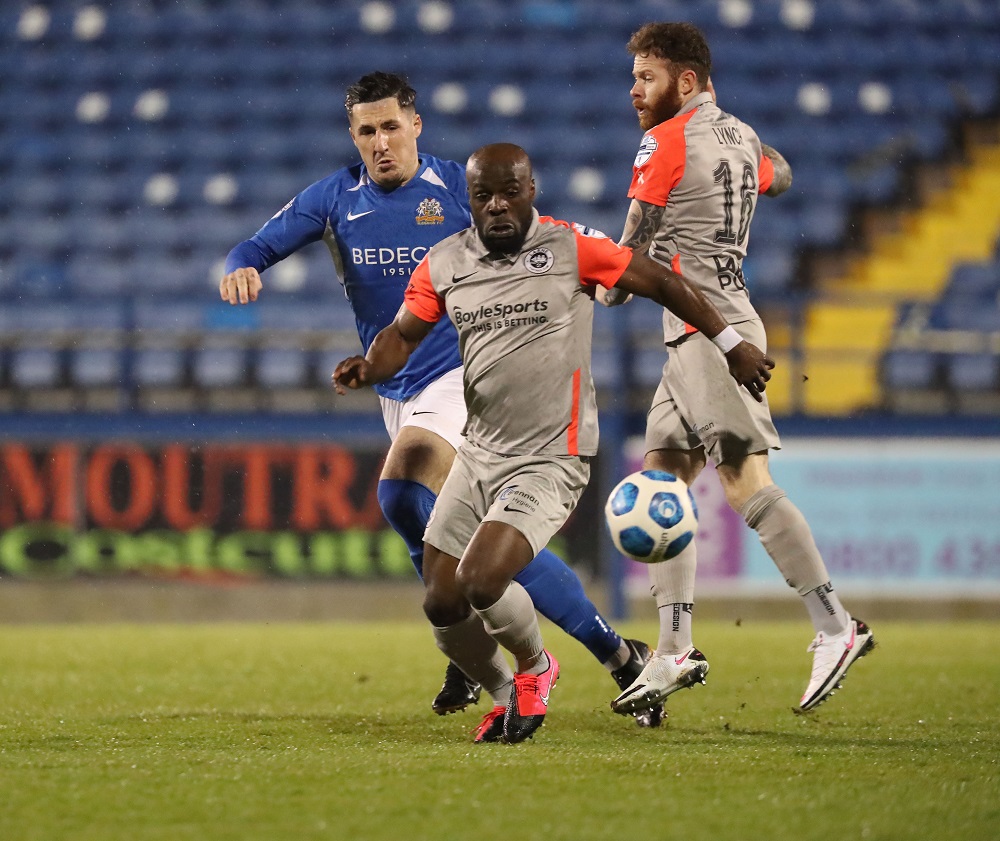 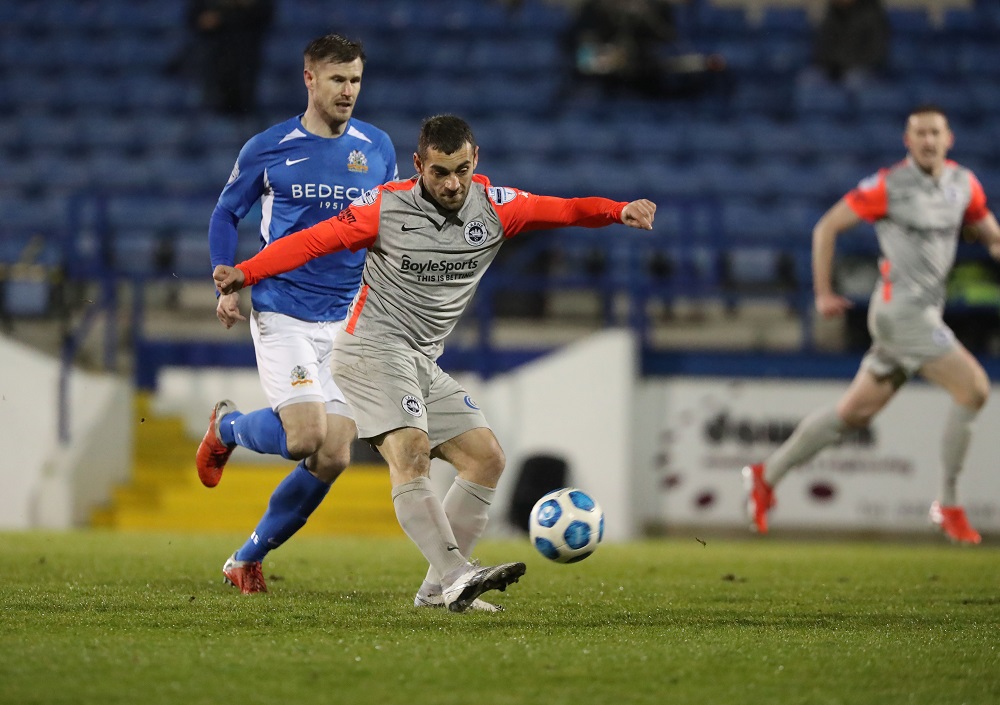 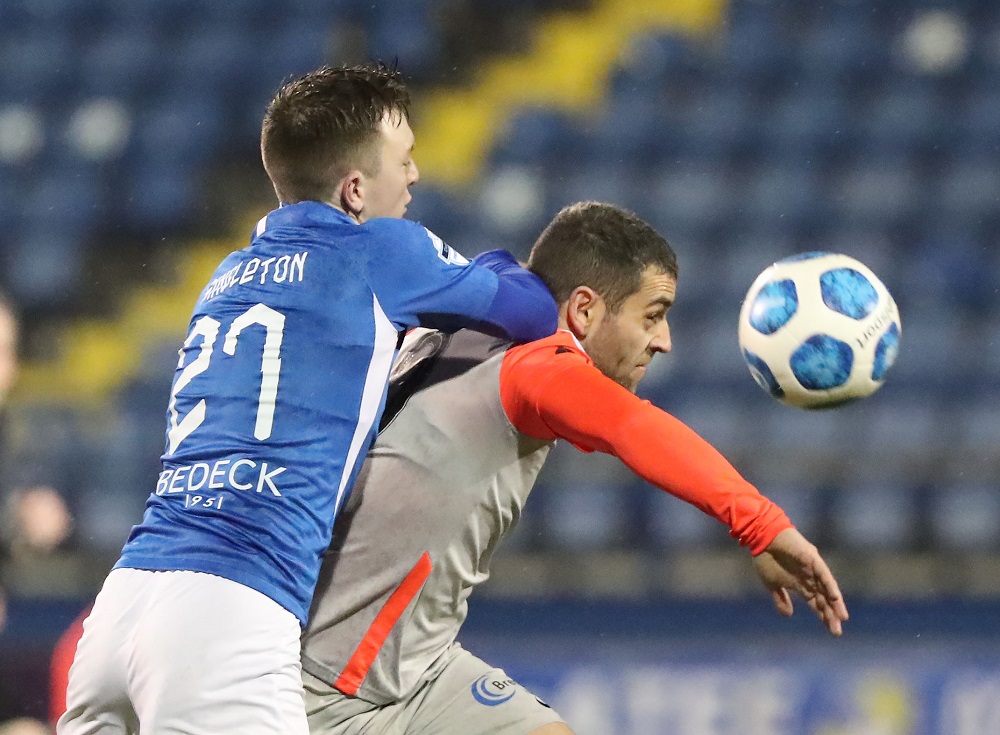 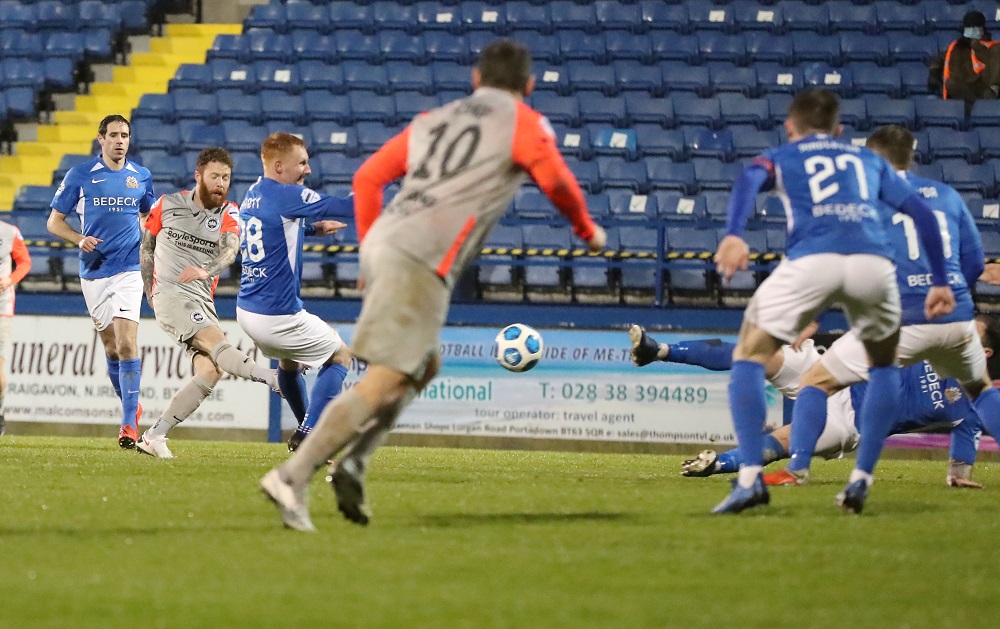 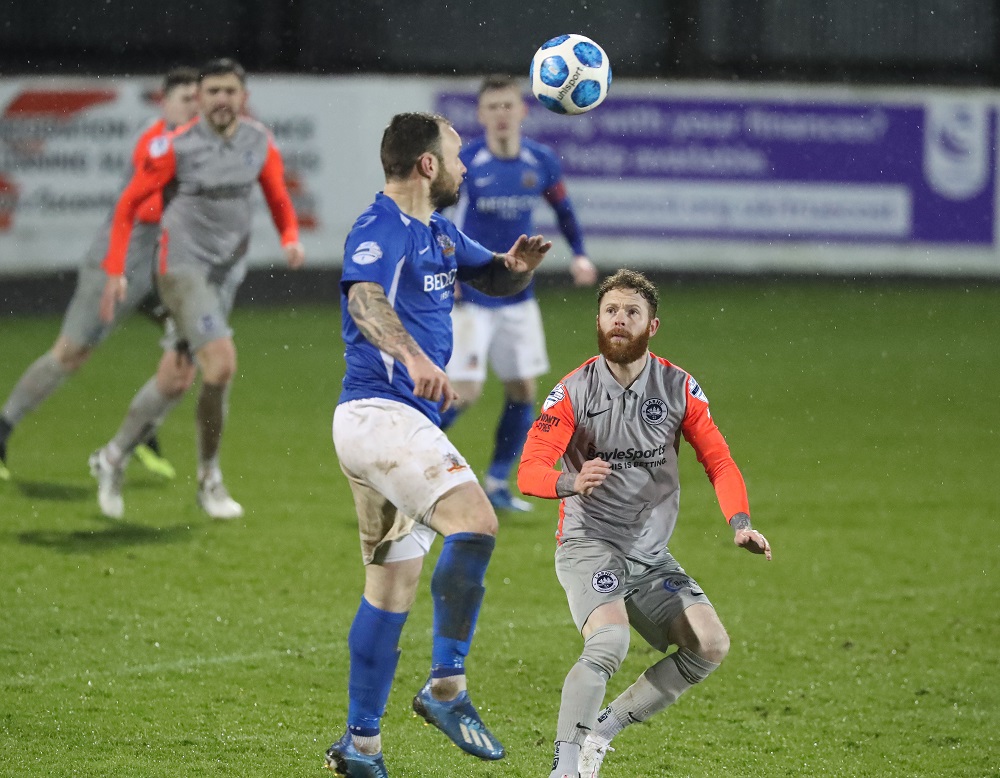 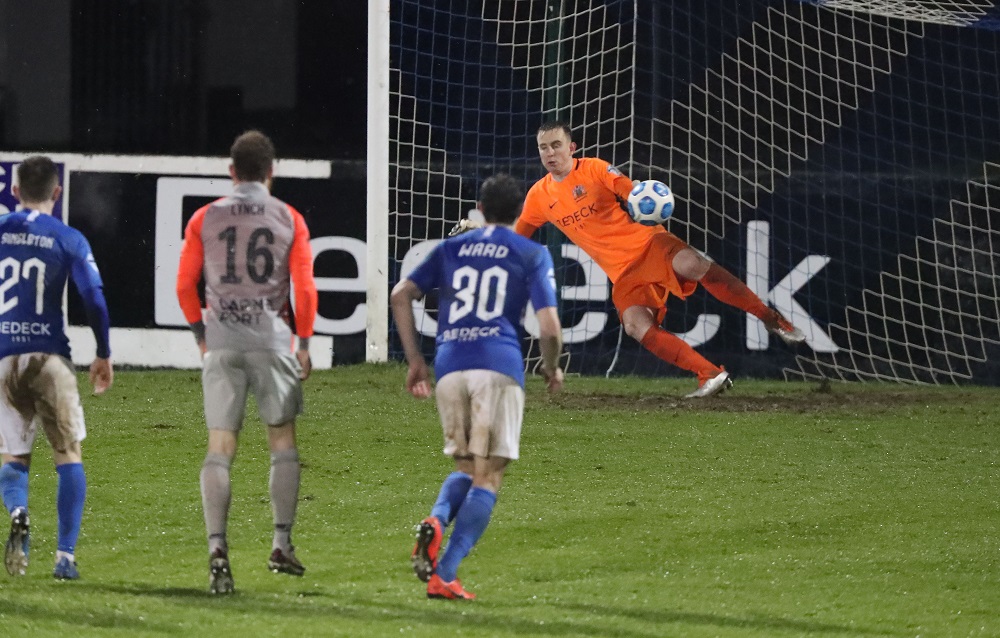