A superb Jamie McDonagh strike in the final minutes handed Glentoran all three points from Cliftonville's visit to The Oval.
Robbie McDaid might have opened the scoring as early as the third minute after being played through on goal by Rhys Marshall but Aaron McCarey did well to save.
McDaid had another chance midway through the half after a poor McCarey goal kick fell into his path via Ruaidhri Donnelly but he could only blaze over in front of goal.
And McDaid threatened again right on the stroke of half-time from Caolan Marron's cross into the box but his flicked header was tipped over by McCarey.
Cliftonville enjoyed more possession after the break but came closest to scoring in fortunate circumstances when Patrick McClean's attempted clearance came back off Rory Hale only for Dayle Coleing to make the save just as it looked like the ball might sneak over the line. Paul O'Neill and Ronan Doherty also had efforts, but neither troubled Coleing.
However, the Glens upped the pressure in the final quarter-of-an-hour with Rhys Marshall firing over and seeing another chance blocked while Conor McMenamin had a first time shot cleared to safety.
But Glentoran's winner came right at the end of normal time when McDonagh sparked life into the game with a stunning right-foot effort from distance past McCarey.
Then, deep into stoppage time, McMenamin won a penalty from Garry Breen - who was subsequently sent-off for what was his second booking of the game - but Chris Gallagher was unable to beat McCarey from the resultant spot-kick with the Reds keeper doing well to palm the ball away.
Glentoran: Coleing, Kane, McCullough, Gallagher, R. Donnelly, McDaid, McClean, McMenamin, Marron, Plum, Marshall subs Morris (not used), Bigirimana (not used), McDonagh (replaced R. Donnelly 68), Gorman (not used), Stewart (replaced McDaid 90+2), O'Connor (replaced Plum 78), Crowe (not used)
Cliftonville: McCarey, Breen, Harney, R. Curran, Donnelly, Bagnall, Doherty, Hale, Lowe, O'Neill, Coffey subs Dunne (not used), C. Curran (replaced Coffey 68), O'Connor (replaced Harney 90), McCrudden (not used), Casey (not used), Kearns (replaced O'Neill 70), Teggart (not used) 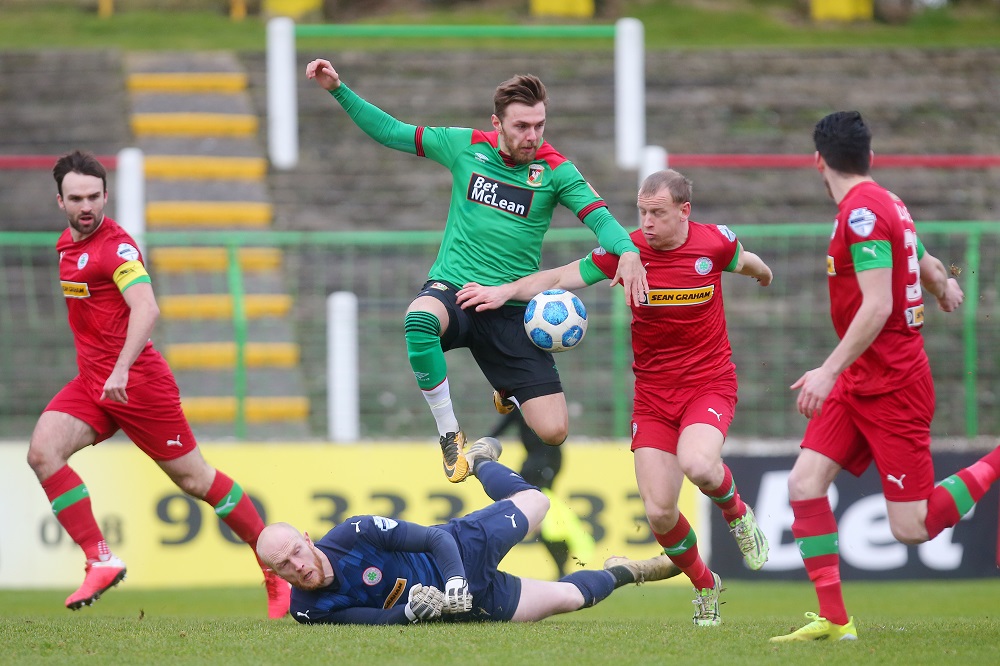 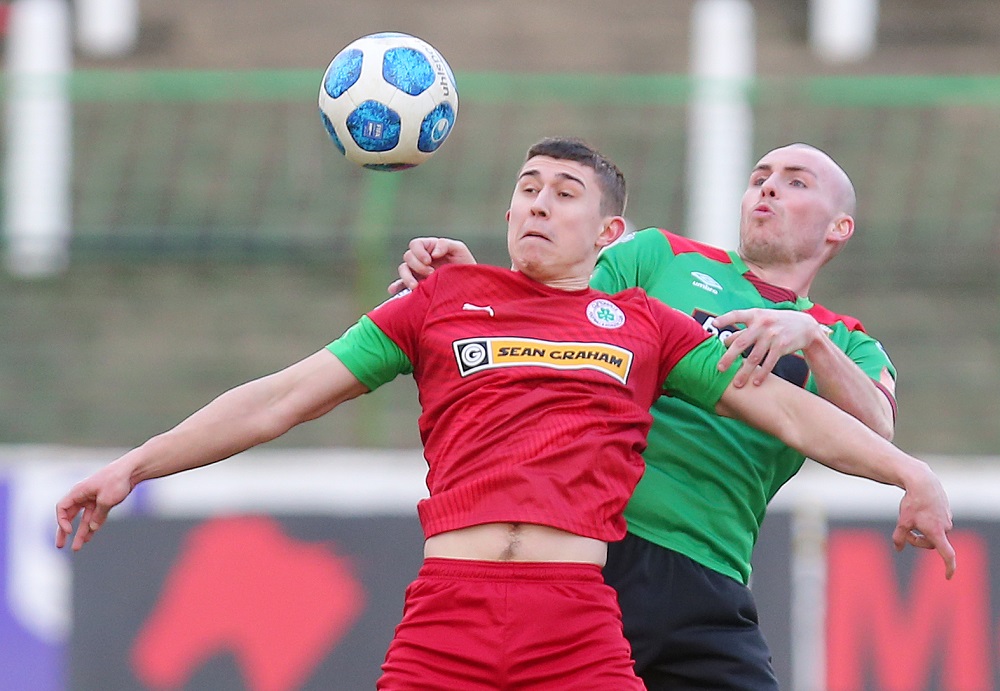 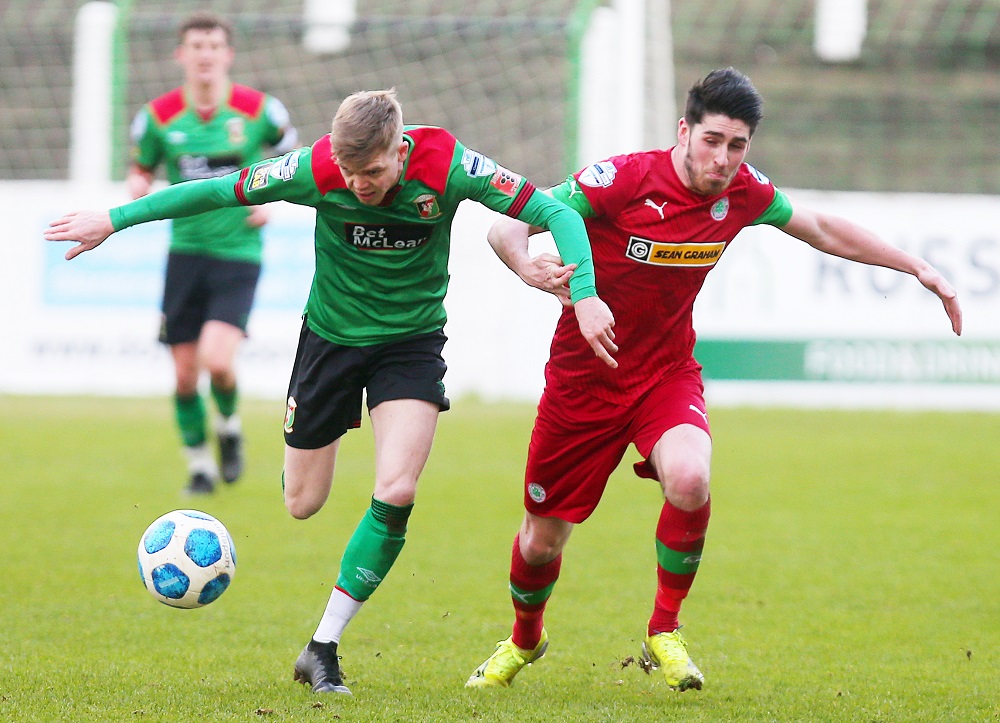 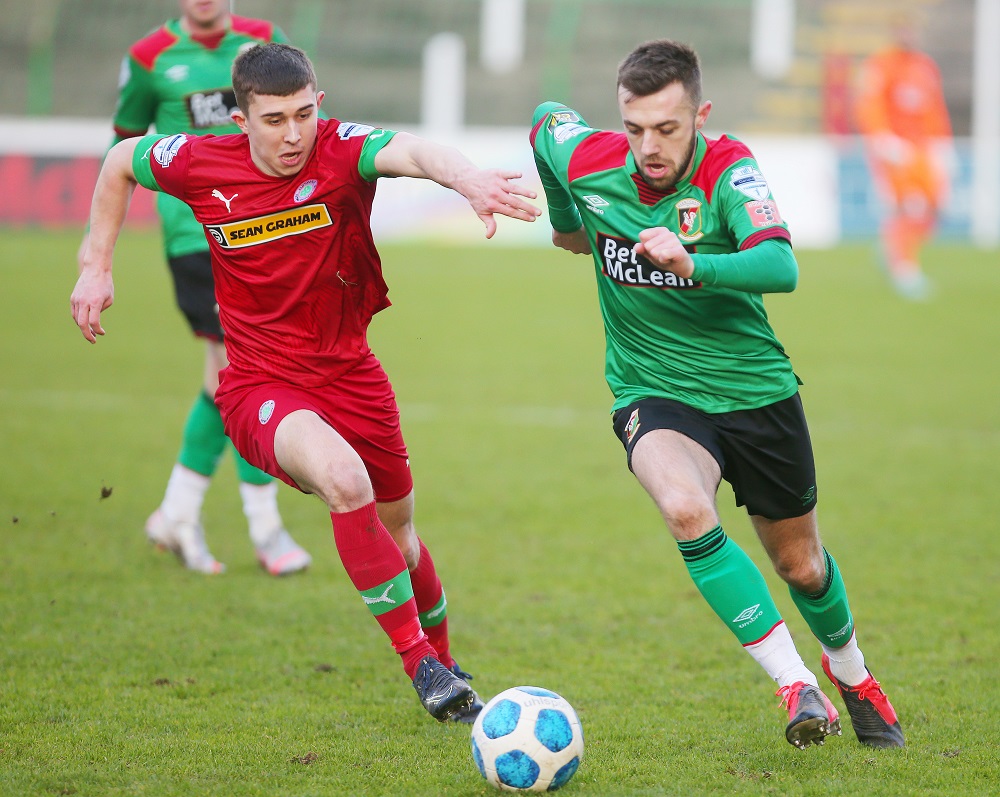 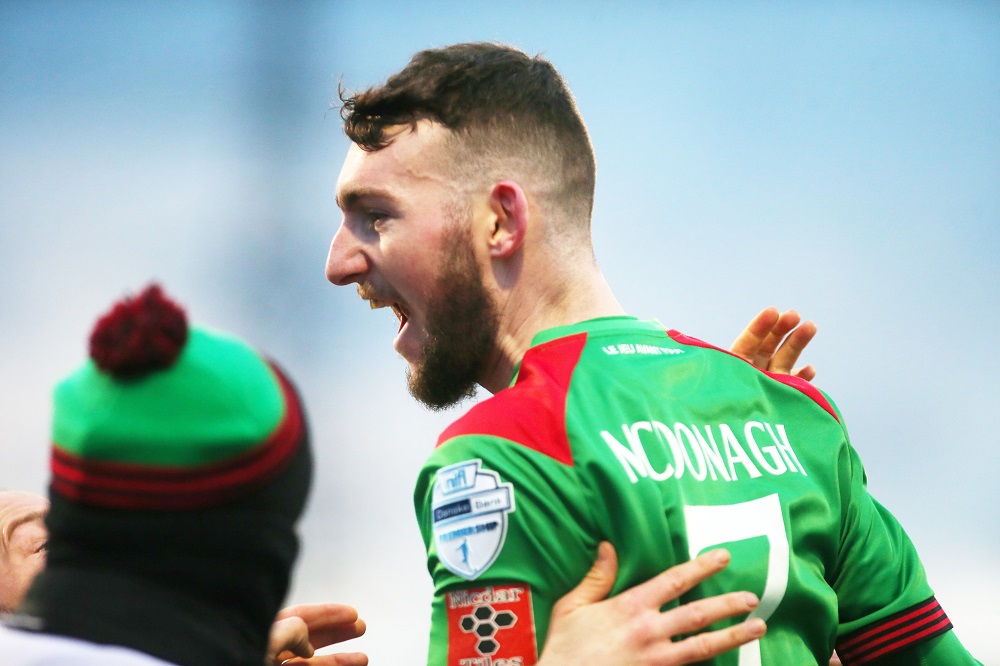 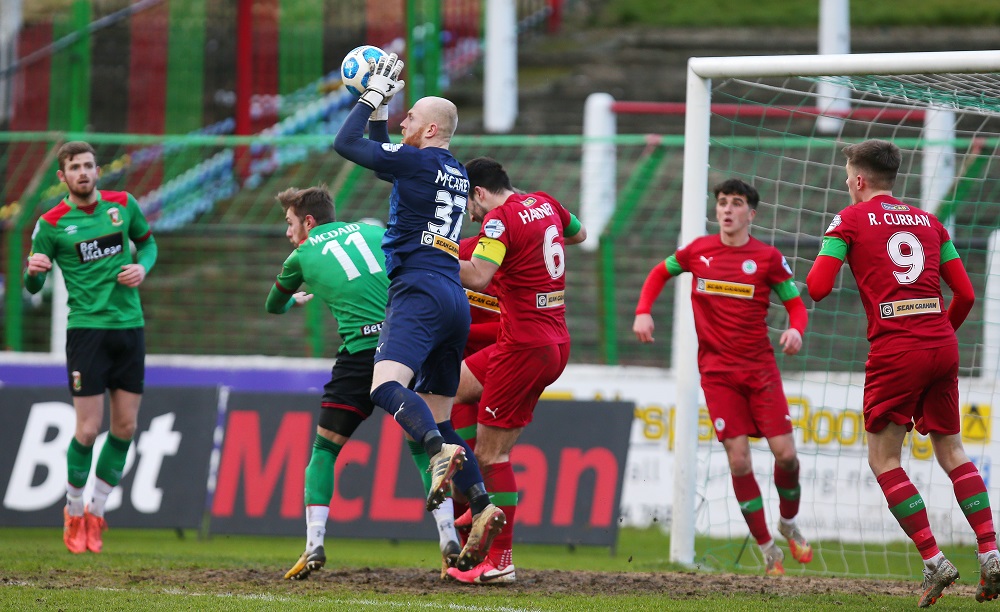