McGONIGLE AND HEATLEY HELP CRUES TO THE POINTS

Two goals either side of the break helped Crusaders come from behind to defeat Ballymena United at Seaview.
United started the brighter of the two sides, coming close on 11 minutes when Ryan Waide's cross evaded Jonny Tuffey only to strike an upright.
Then, a minute later, Joe McCready fired the visitors in front with a close range finish after James Knowles' cross dropped in the box.
Ballymena continued to create the better chances, Knowles also caught Tuffey out with a free-kick while Paul McElroy just failed to reach Waide on the counter attack.
However, just before the break, the Crues got back on level terms in somewhat fortuitous circumstances when Jamie McGonigle found the net after his cross into the area seemed to be caught in the wind and curled past Ross Glendinning.
Buoyed by this, the Crues struck again in the opening moments of the second half when Paul Heatley showed great skill with his back to goal to send a superb overhead effort beyond Glendinning.
Heatley almost struck again just after the hour, he spotted Glendinning off his line but his effort from distance ultimately sailed wide of the target.
Looking to find a way back into the game, the visitors came close when Conor Keeley worked his way into the box only to fire wide.
Then, with just over ten minutes to go, Keeley was thwarted again when his header from Ross Redman's corner looked to be going in only to be cleared on the line by Chris Hegarty and Jordan Owens.
Crusaders: Tuffey, Burns, Wilson, Weir, Lowry, McGonigle, Caddell, O'Rourke, Owens, Heatley, Larmour subs Shields (not used), Hegarty (replaced Larmour 46), Kennedy (not used), Cushley (not used), Lecky (not used), Ruddy (not used), McGinley (not used)
Ballymena United: Glendinning, Redman, Knowles, McElroy, Waide, Hume, Ervin, Keeley, Kelly, Wylie, McCready subs D. Graham (not used), Kane (not used), McGrory (not used), Keenan (not used), S. Graham (replaced Waide 73), Beattie (replaced Ervin 90), Mathieson (not used) 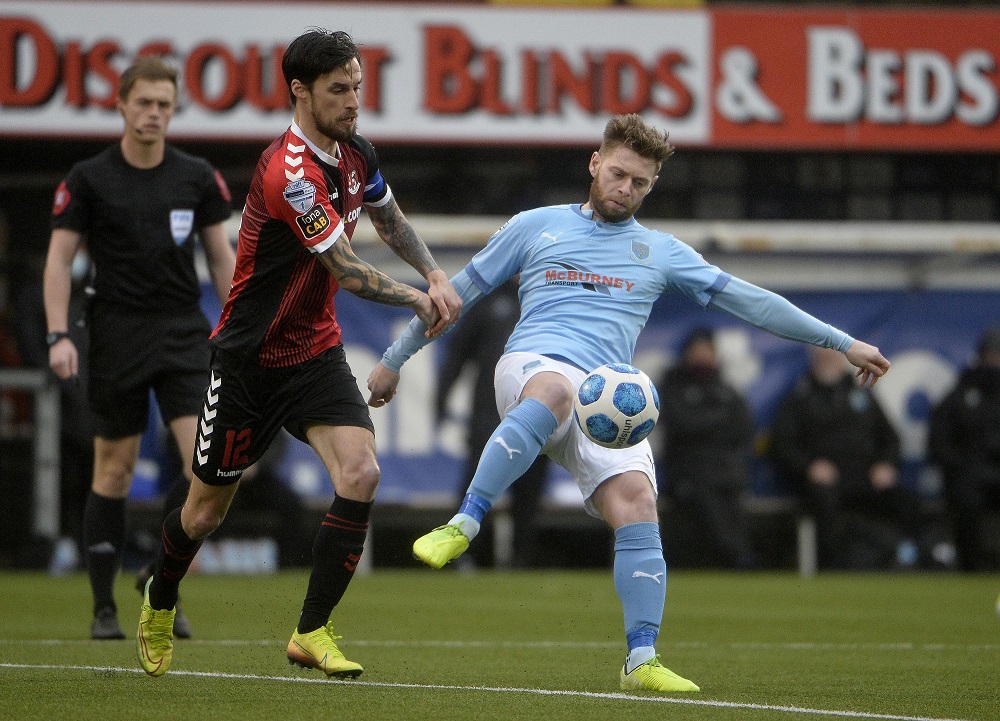 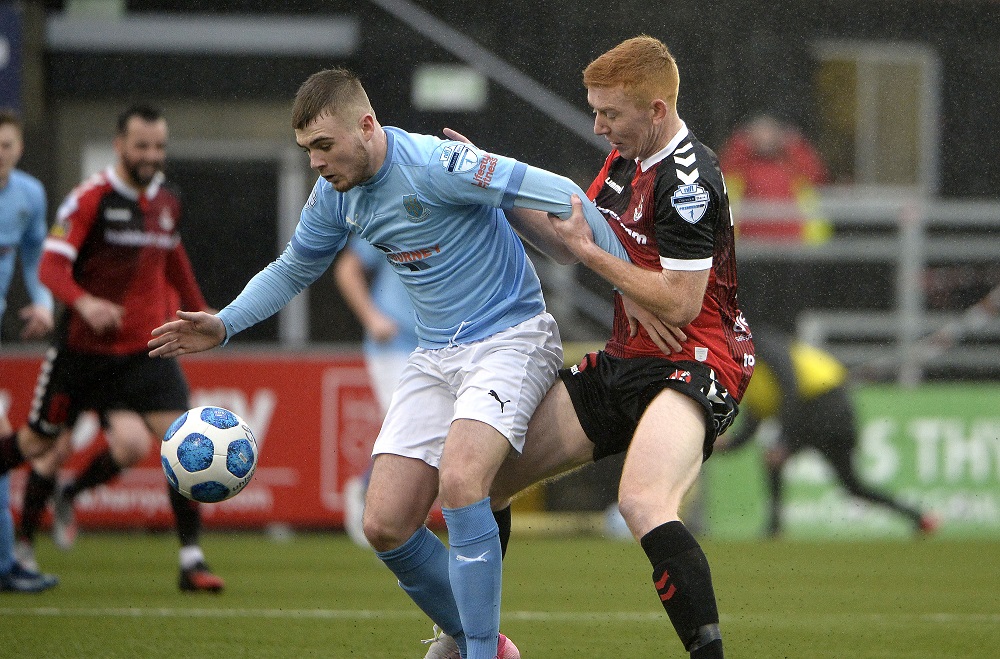 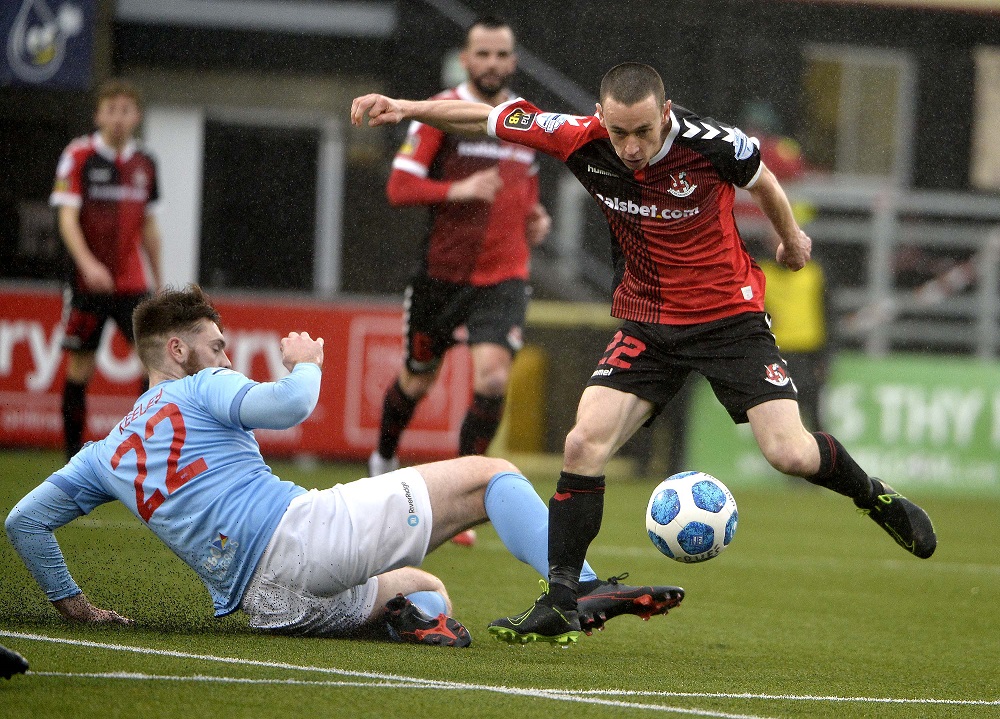 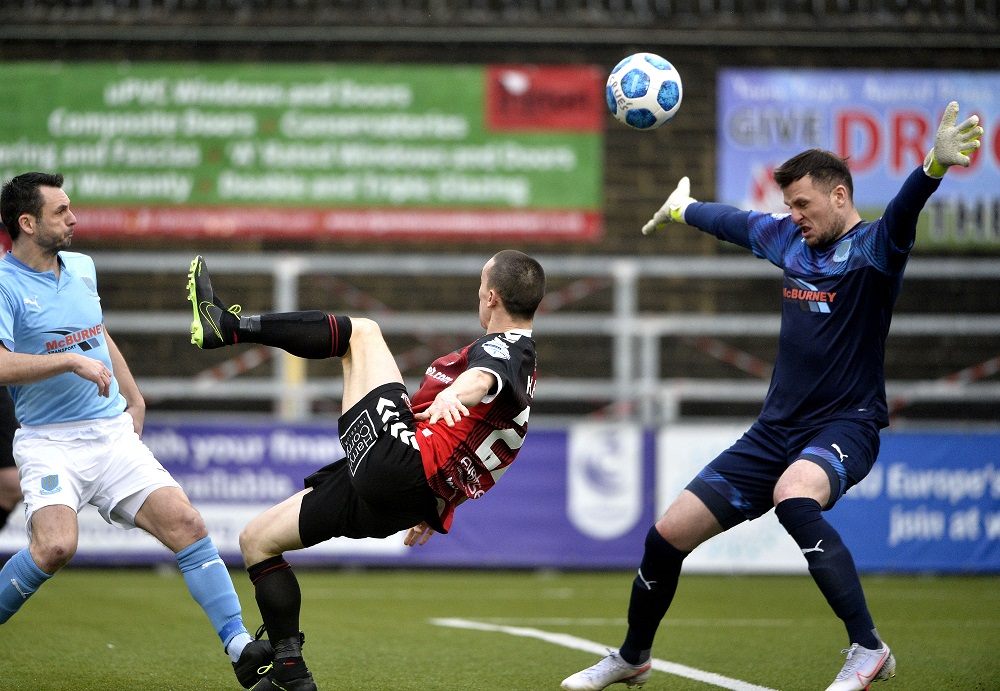 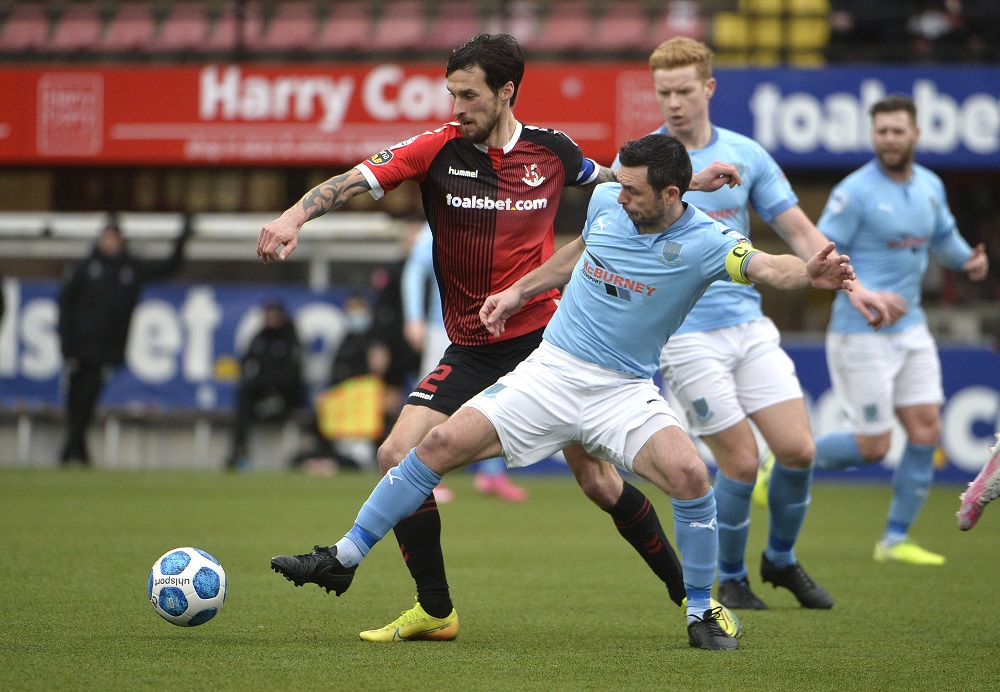 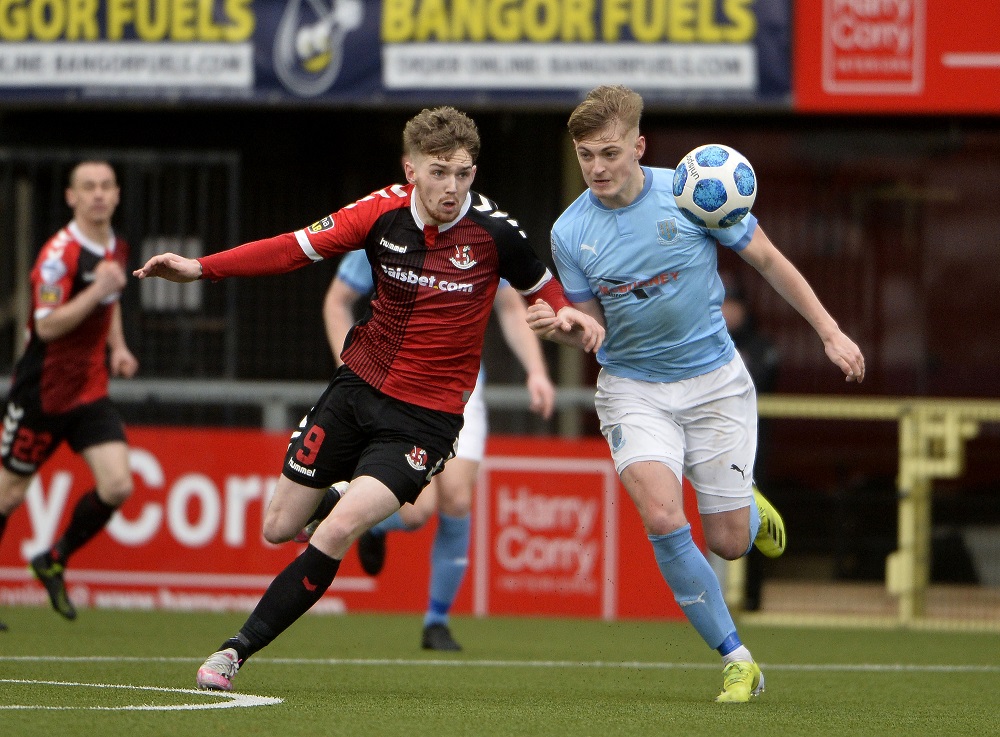