Shayne Lavery grabbed both goals for leaders Linfield as they defeated Larne 2-1 in the big top of the table clash at Windsor Park.
The first notable chance of the game came after 11 minutes when Larne's Lee Lynch beat Jimmy Callacher to send Dylan Mottley-Henry through on goal but home keeper Chris Johns made a great block to deny the close range effort.
Linfield's had an opportunity midway through the first half when Kirk Millar's half volley was punched away by Conor Devlin before being cleared.
The deadlock was broken on 29 minutes. Kyle McClean worked his way into the box, but was brought down by Dean Jarvis prompting Jamie Robinson to point to the spot, and from the subsequent penalty Lavery clinically sent Devlin the wrong way.
Larne came close to levelling twice before the break. Jarvis sent over a low cross from the left to which Hale and Mottley-Henry both just missed connecting while, in stoppage time, Albert Watson headed over from a Jeff Hughes header.
Lavery wasn't far away from doubling Linfield's lead early in the second half but could only head wide from a Millar corner while, a few minutes later, Stephen Fallon stabbed the ball the wrong side of the upright.
However, Linfield did extend their advantage on 73 minutes when, on the counter all, Conor Pepper slipped the ball to Fallon who then found Lavery who duly slotted home from 12 yards.
Larne pulled one back on 89 minutes. Conor McKendry did well to find Hughes, and the Larne skipper sent a powerful finish past Johns to set up a somewhat tense finish but Linfield held on to claim an important three points.
Linfield: Johns, Haughey, Callacher, Millar, Lavery, Clarke, McClean, Fallon, Mulgrew, Pepper, Cooper subs Moore (not used), Newberry (not used), Waterworth (replaced Lavery 76), Stewart (not used), Nasseri (not used), Quinn (not used), Palmer (replaced Fallon 87)
Larne: Devlin, Watson, Robinson, Sule, Hale, McDaid, Lynch, Mottley-Henry, Cosgrove, Hughes, Jarvis subs C. Mitchell (not used), Kelly (not used), Randall (replaced Mottley-Henry 57), A. Mitchell (not used), McKendry (replaced Hale 77), Wade Slater (not used), McMurray (replaced McDaid 67) 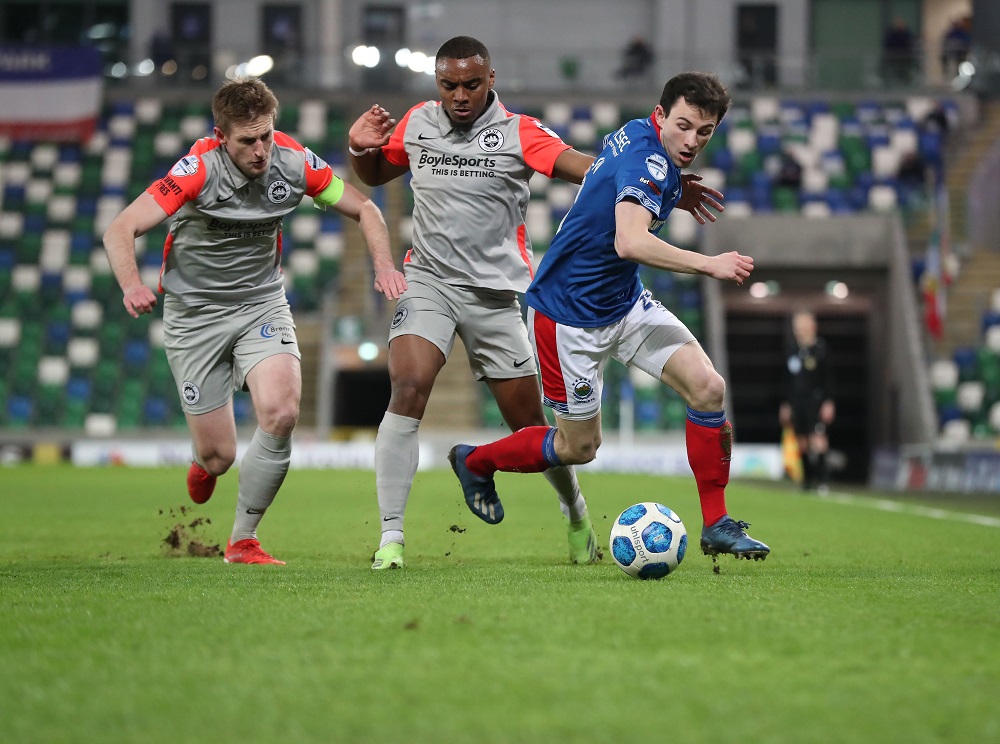 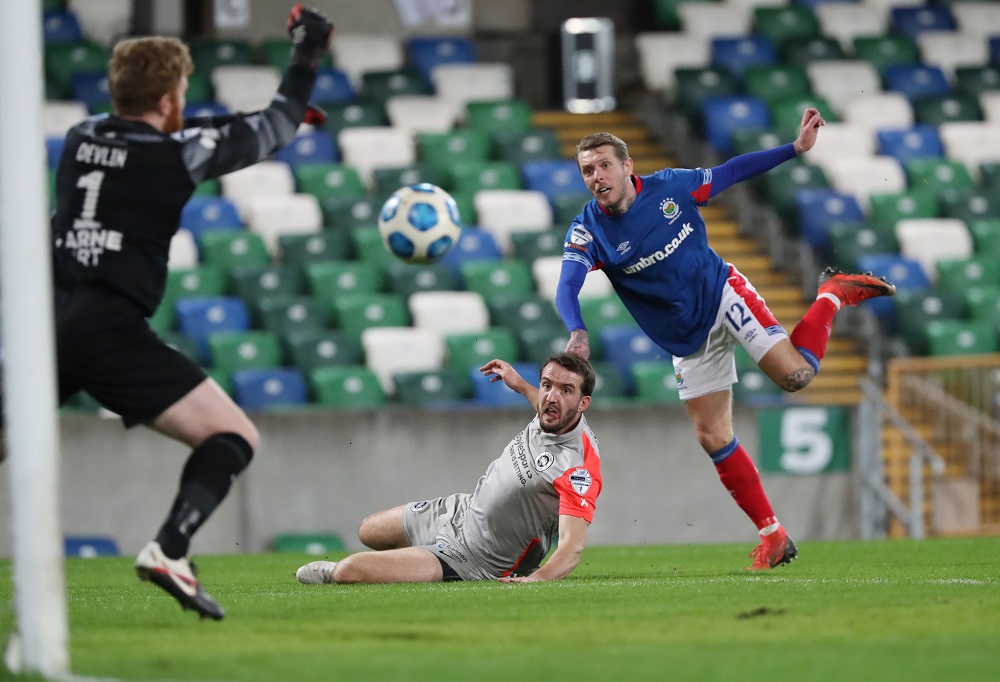 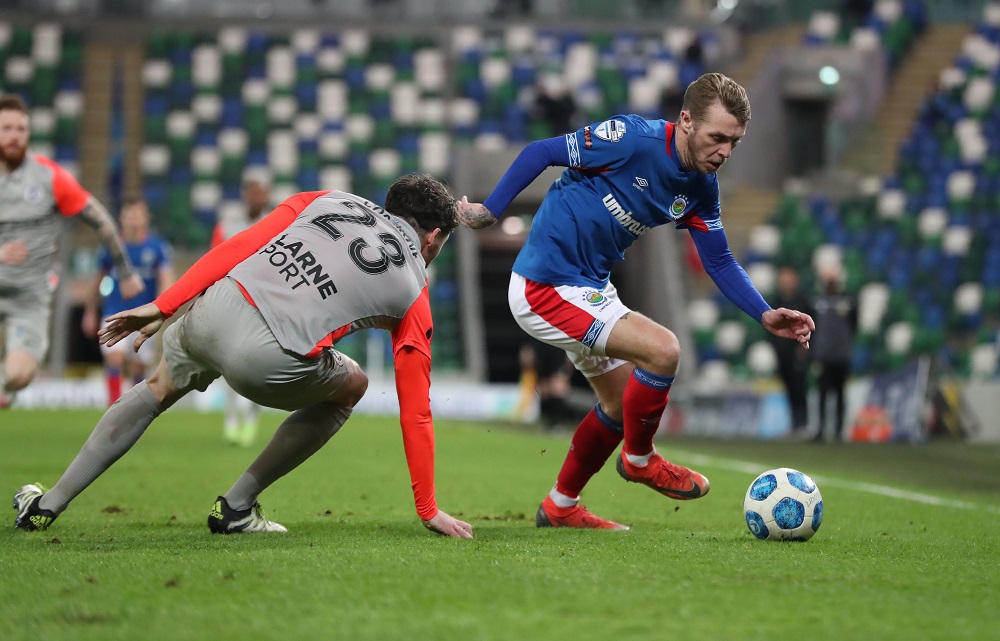 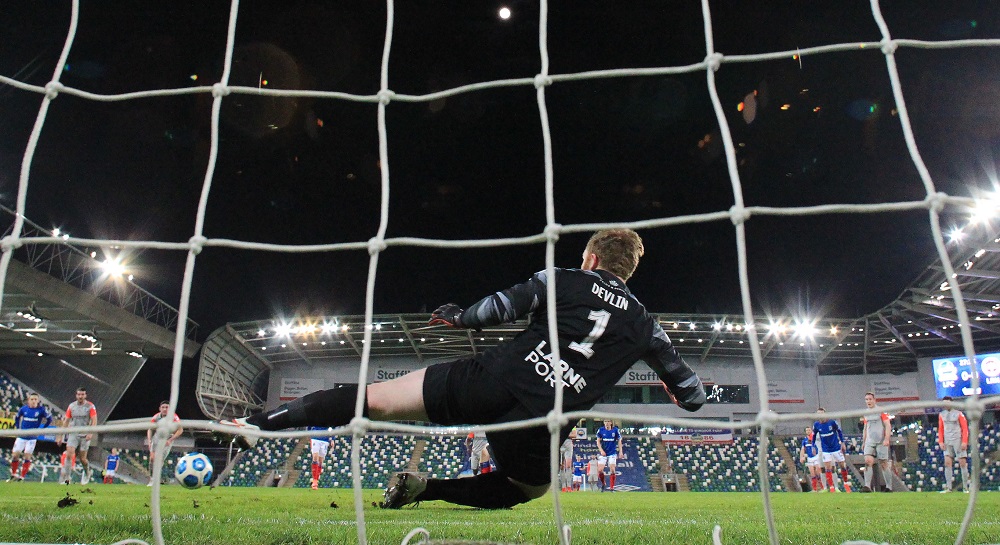 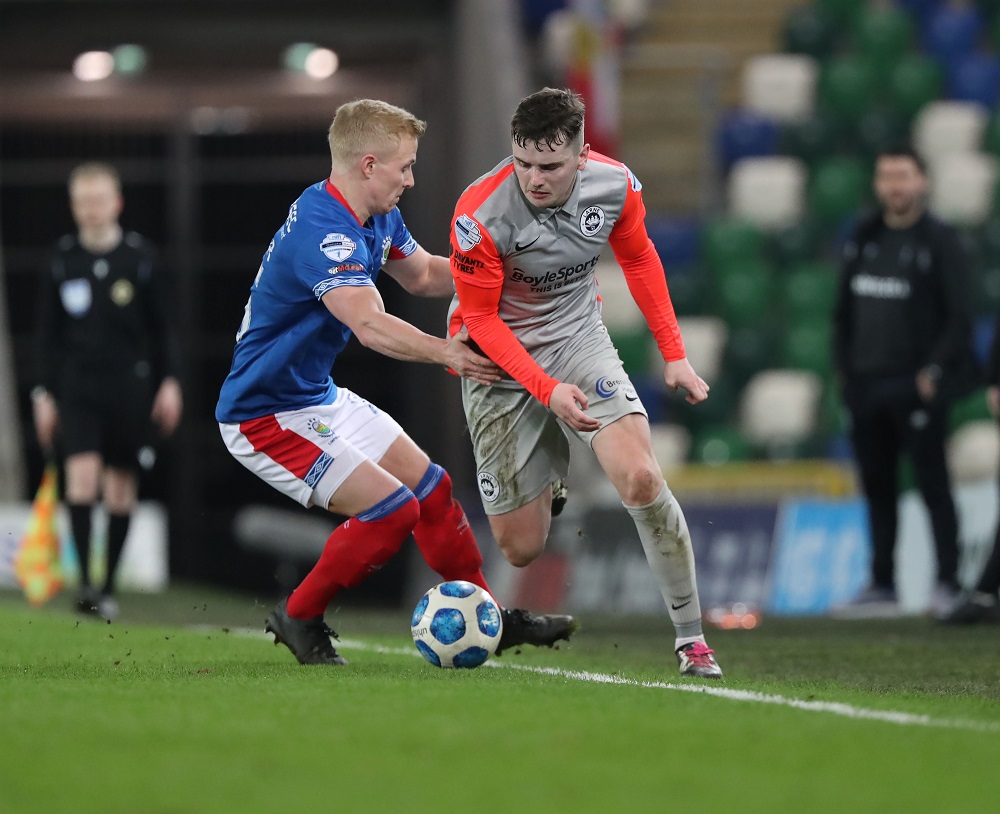 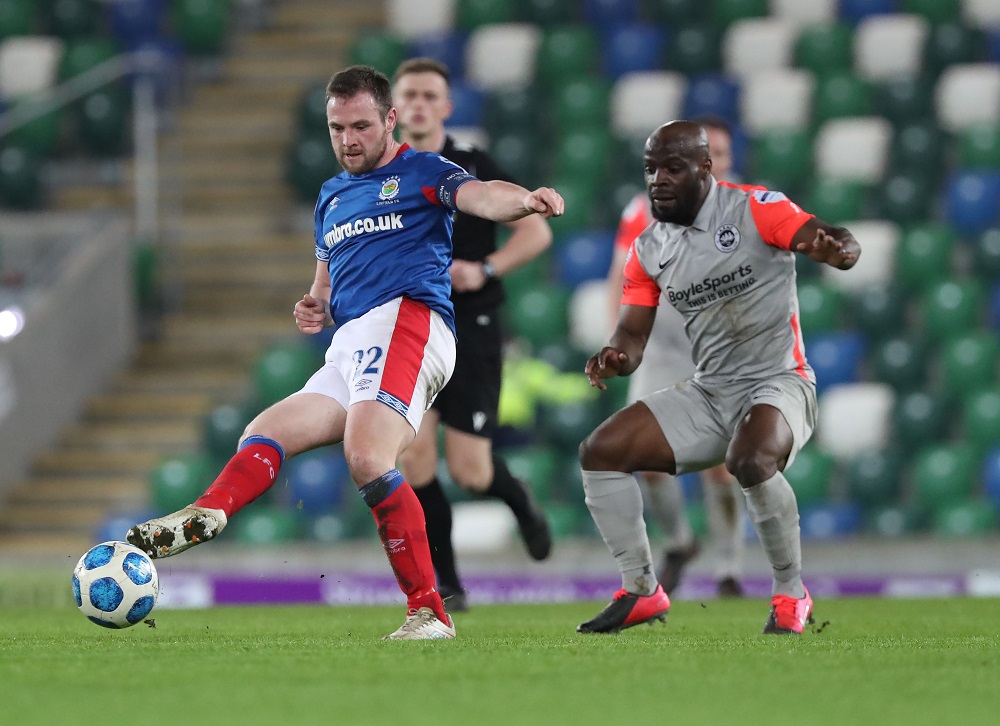