Coleraine moved into second spot after Curtis Allen's early double guided them to victory over Warrenpoint Town at The Showgrounds.
Warrenpoint started with promise, threatening twice early on with efforts from Stuart Hutchinson and Kealan Dillon.
However Coleraine moved in front on ten minutes after Matthew Shevlin laid the ball off for Ian Parkhill who then found Allen to open the scoring.
Then, on 19 minutes, Allen doubled up with a turn and finish from six yards after once again being teed up by Parkhill.
And there was almost a third for the Bannsiders moments after that but Kealan Dillon was on hand to clear Jamie Glackin's effort off the line.
'Point pulled one back on the half-hour mark through skipper Fra McCaffrey with finished well after Jake O'Connor had swept down the right to create the opening.
After a relatively quiet start to the second half Warrenpoint almost levelled when, on 70 minutes, Adam Carroll and then Brandon Doyle was denied by two superb reaction saves one after the other by Gareth Deane.
Coleraine came within a whisker of restoring their two-goal cushion with a quarter-of-an-hour remaining only for John Carson's cross to come back off the crossbar.
Both sides had their chances later in the game with Deane doing well to deny Adam Evans while, at the other end, Parkhill got on the end of Eoin Bradley's cross but was thwarted by Sava.
Coleraine: Deane, Canning, Lowry, Carson, Wilson, McConaghie, Tweed, Parkhill, Glackin, Allen, Shevlin subs Gallagher (not used), Jarvis (not used), Doherty (replaced Glackin 73), Bradley (replaced Shevlin 66), Nixon (replaced Allen 66), Beverland (not used), Brennan (not used)
Warrenpoint Town: Sava, Deasy, Ball, McVeigh, Dillon, O'Connor, McCaffrey, Swan, Hutchinson, Byrne, Doyle subs Coleman (not used), O'Sullivan (replaced Dillon 78), Carroll (replaced Swan 64), Mullen (not used), Cowan (not used), Evans (replaced O'Connor 64), Forsythe (not used) 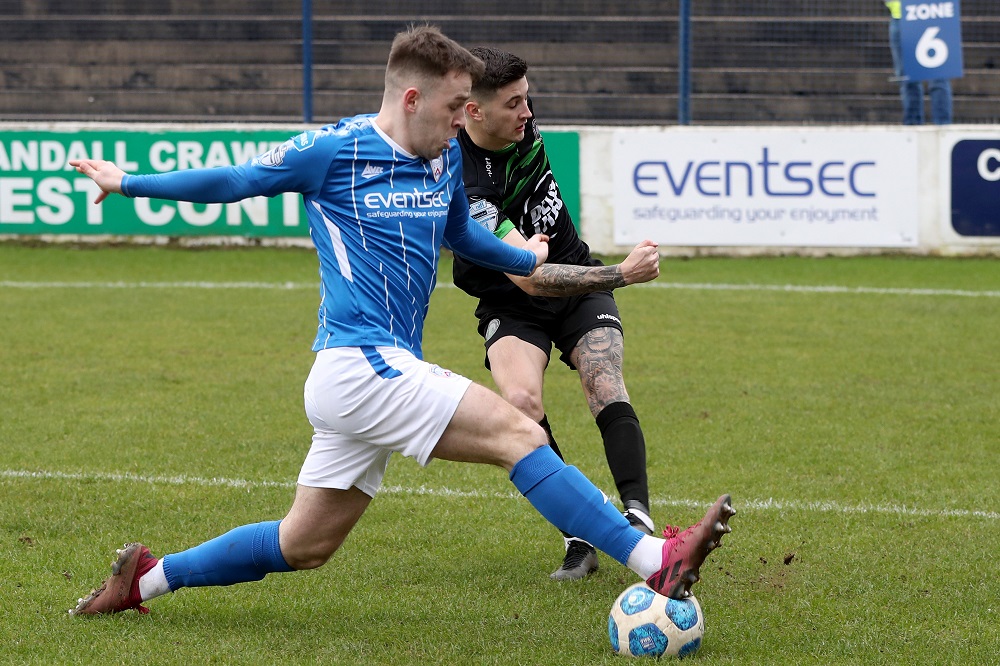 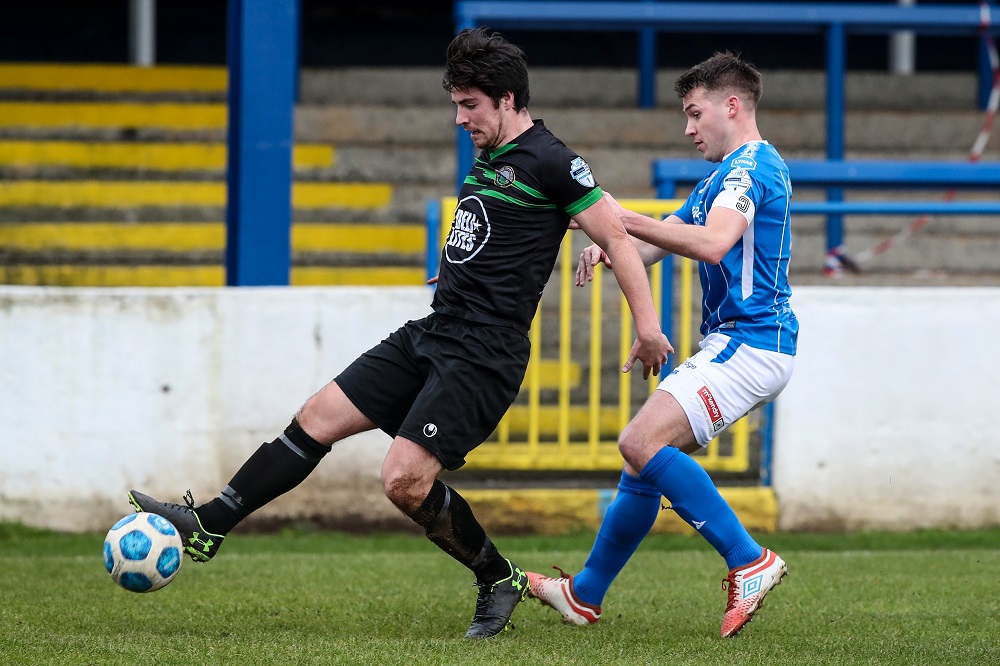 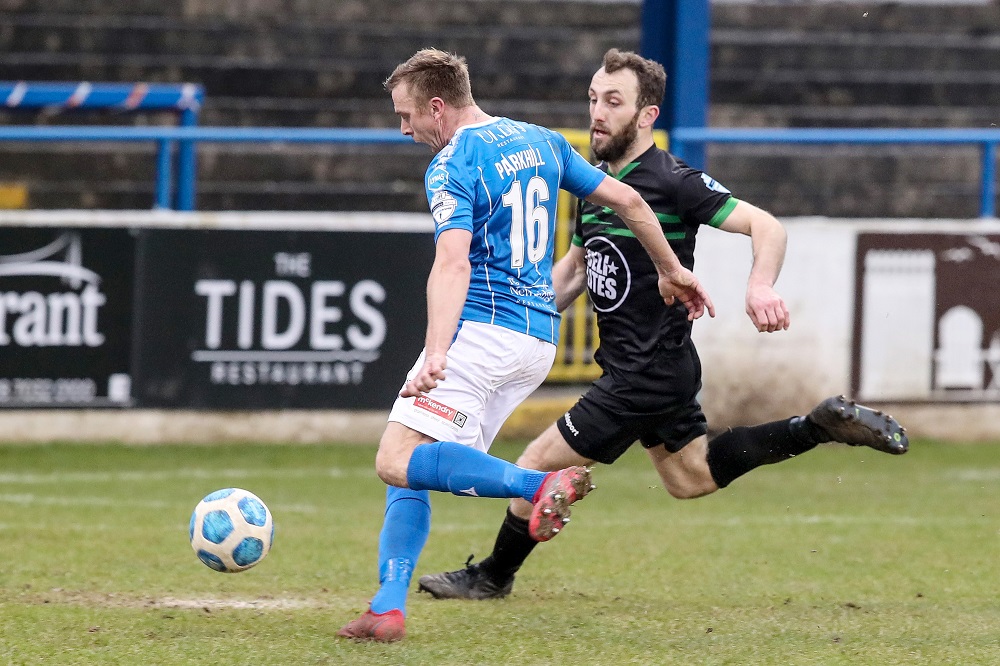 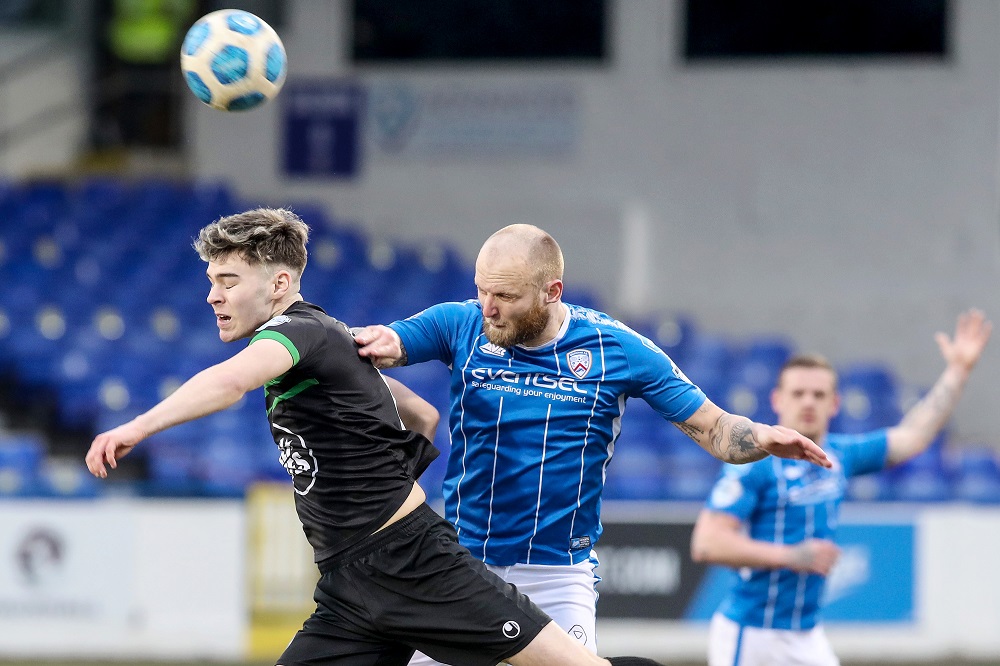 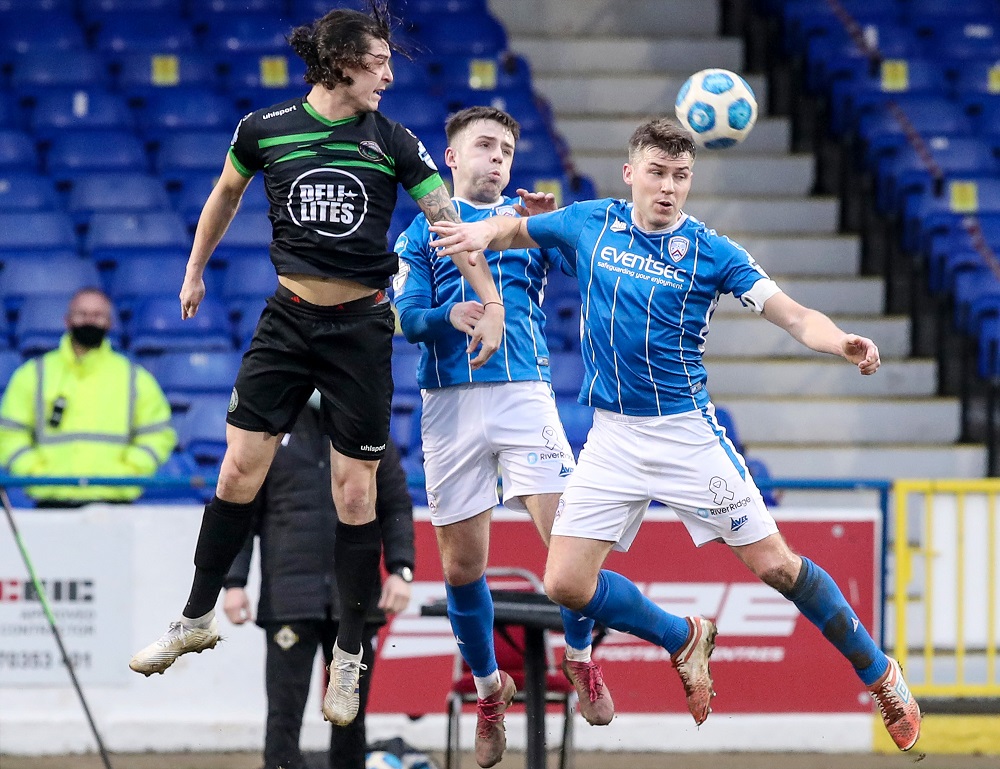 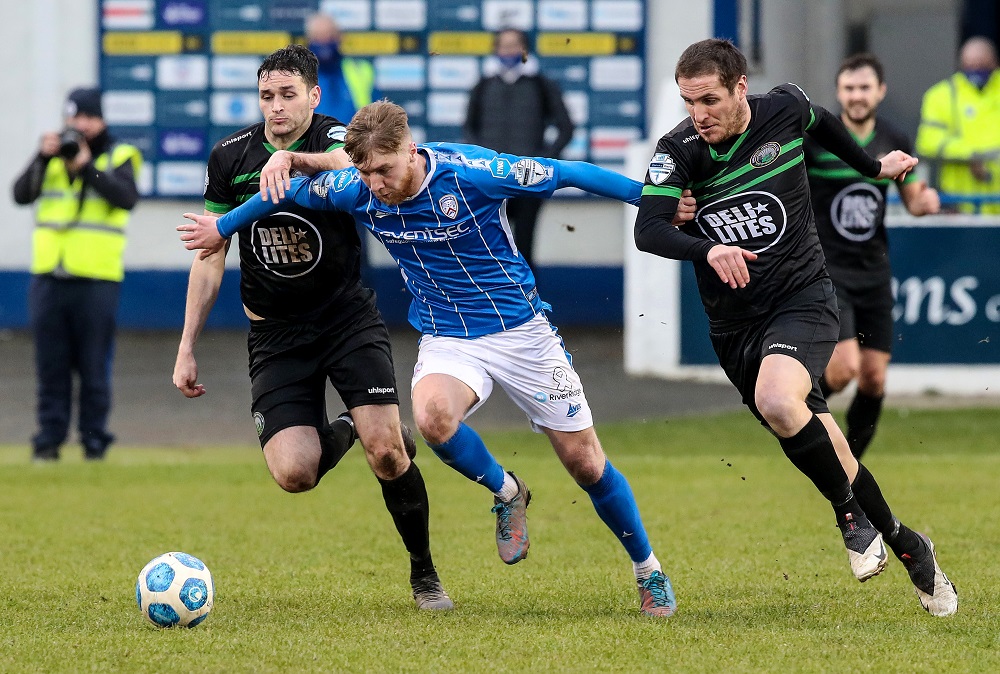