LAVERY AT THE DOUBLE FOR LINFIELD

Two Shayne Lavery goals ensured Linfield claimed the points from Cliftonville's visit to Windsor Park.
A quiet start to proceedings produced little action in front of goal at either end before, on 27 minutes, a powerful Lavery effort drew a save from Aaron McCarey.
The Cliftonville keeper was called into action again soon after with a diving save after Mark Stafford headed Niall Quinn's free-kick towards goal while, a few minutes later, Joel Cooper dragged the ball wide at the near post.
Linfield continued to look the more likely to score with Jordan Stewart and Jamie Mulgrew both producing goal bound efforts before the break.
It took a while for the second half to warm up before Cooper came close with two attempts either side of the hour, one tipped over by McCarey and another saved by his legs.
McCarey continued to come to Cliftonville's rescue, denying Lavery and then Jimmy Callacher.
But he was finally beaten on 73 minutes when Cooper's cross from the right was nodded home by Lavery from close range.
Cliftonville might have levelled with three minutes to go after Paul O'Neill squared the ball to Barry Coffey but he hesitated at the crucial moment to allow Stafford to make a sliding clearance.
However, Lavery made sure of the points for Linfield deep into stoppage time with a driven finish after Kirk Millar had played the ball into his path.
Linfield: Johns, Stafford, Newberry, Callacher, Stewart, Lavery, Nasseri, Fallon, Mulgrew, Quinn, Cooper subs Moore (not used), Waterworth (replaced Stewart 69), Millar (replaced Nasseri 69), Clarke (not used), McGivern (not used), Pepper (not used), Palmer (replaced Fallon 57)
Cliftonville: McCarey, Breen, O'Reilly, C. Curran, R. Curran, Donnelly, Bagnall, Doherty, Hale, Lowe, O'Neill subs Dunne (not used), Harney (replaced Breen 76), O'Connor (replaced Doherty 60), McCrudden (not used), Casey (not used), Kearns (not used), Coffey (replaced Hale 72) 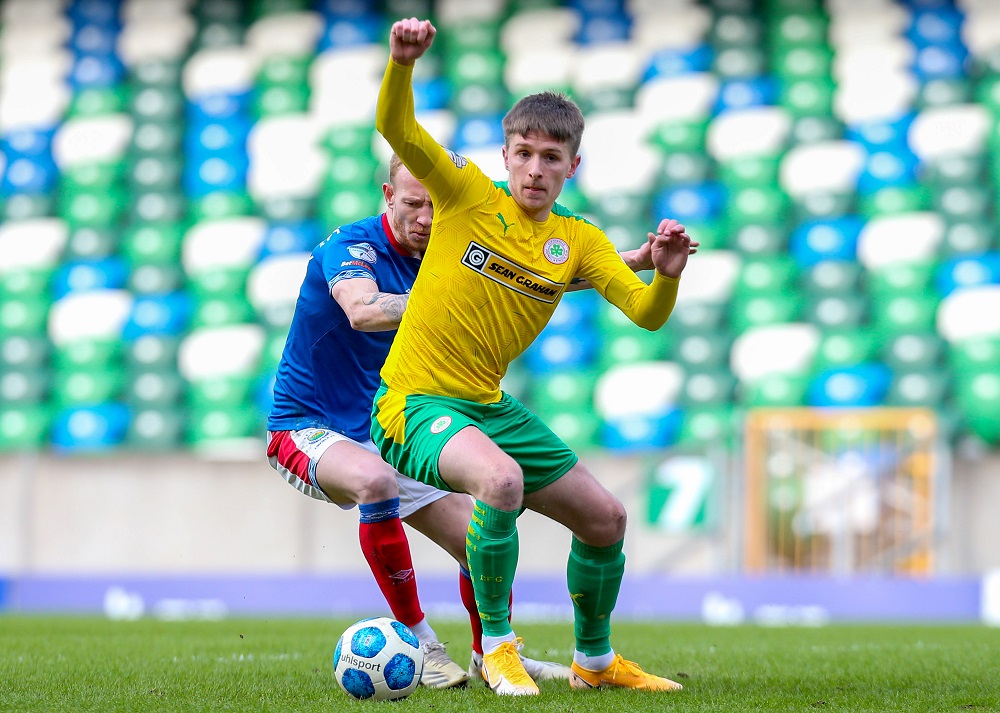 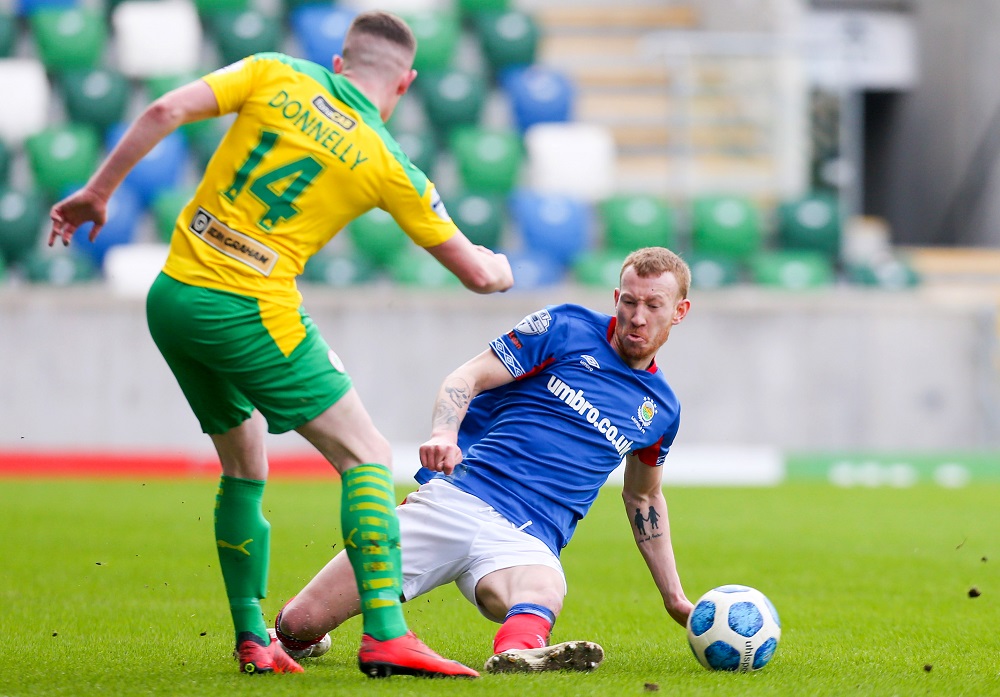 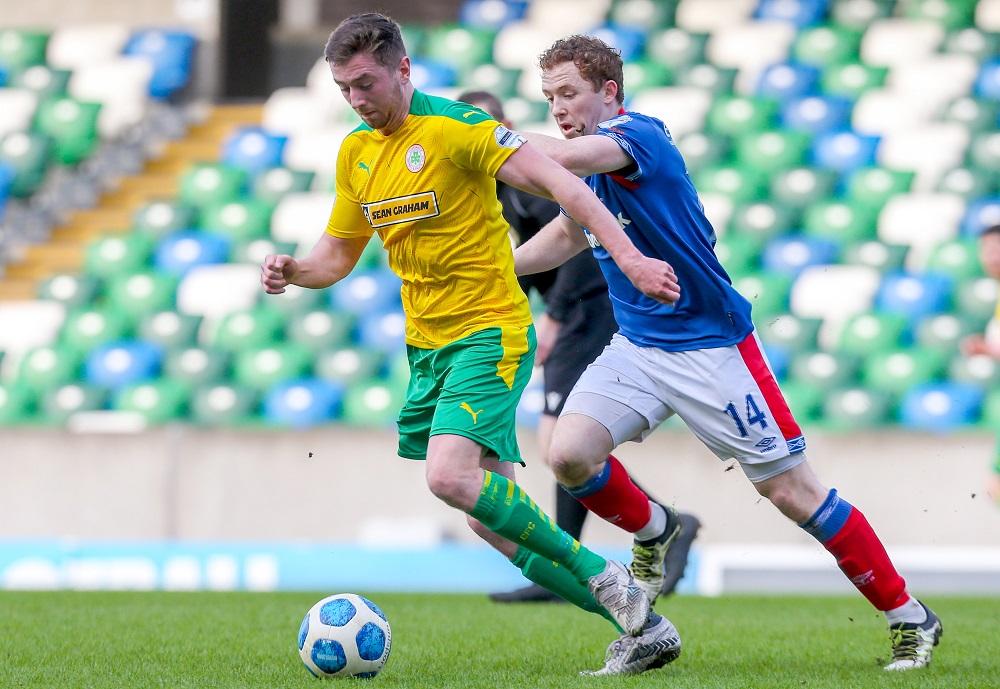 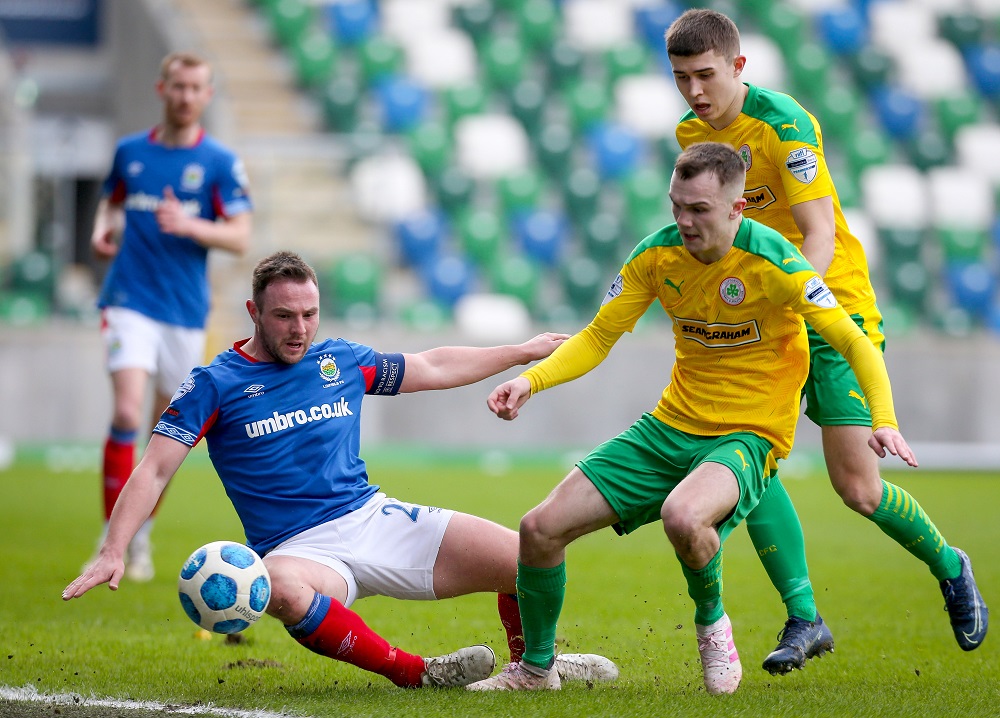 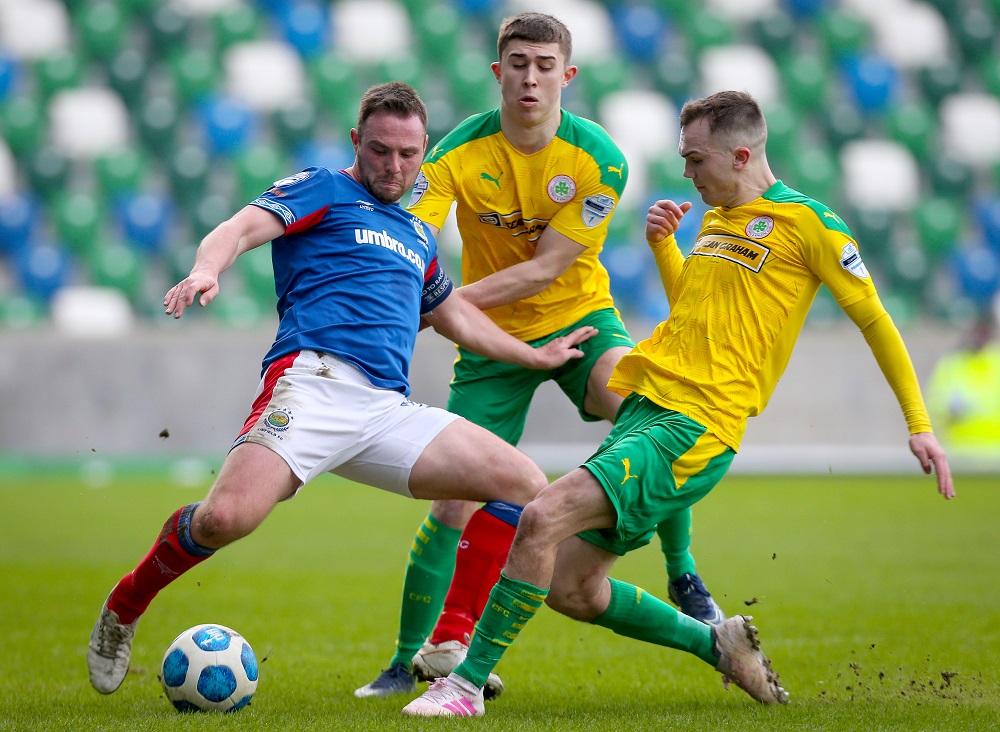 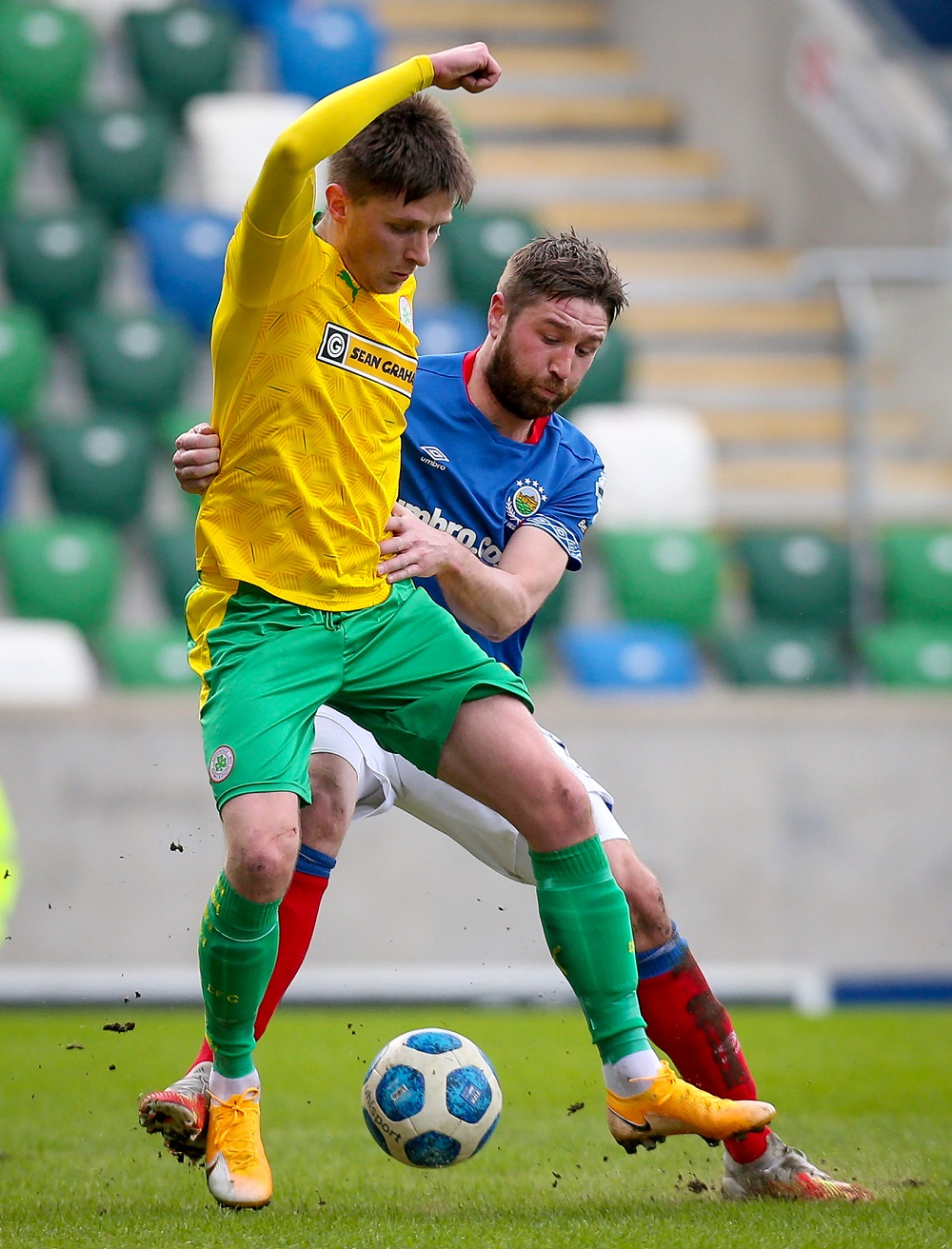