Ballymena United brought Glentoran's recent winning streak to a crashing halt with a two-goal victory at The Oval.
After a quiet start to the game Glentoran almost moved in front on 26 minutes when Conor McMenamin's long range effort was brilliantly held by United keeper Jordan Williamson.
And McMenamin was denied again just a few minutes later when Jim Ervin was on hand to make a block to deny his attempt from close range
Ballymena moved in front on 36 minutes somewhat against the run of play, albeit in fortuitous circumstances after Tony Kane's wind assisted corner from the left evaded everyone in the box before ending up in the net.
James Knowles came close to doubling United's lead five minutes after that but his 30-yard drive fell just wide.
But it was 2-0 to the Sky Blues just after the hour. Again Kane was involved with another corner being flicked on at the near post for Ross Redman to touch home from close range.
McMenamin had a chance to pull one back for the Glens on 70 minutes but he could only direct his header wide while, at the other end, Paul McElroy went one-on-one with Dayle Coleing only to send the ball the wrong side of the post.
Glentoran: Coleing, Kane, McCullough, Gallagher, R. Donnelly, McClean, McMenamin, Marron, Plum, Marshall, J. Donnelly subs Bigirimana (not used), McDonagh (not used), Gorman (replaced Plum 82), McDaid (replaced Gallagher 64), Stewart (not used), Brown (not used), O'Connor (replaced Marron 56)
Ballymena United: Williamson, T. Kane, Redman, Knowles, McElroy, Waide, Hume, Ervin, Keeley, Graham, McCready subs Glendinning (not used), Winchester (replaced Knowles 65), McCartan (not used), McGrory (not used), Kelly (replaced Kane 86), Wylie (not used), Beattie (not used) 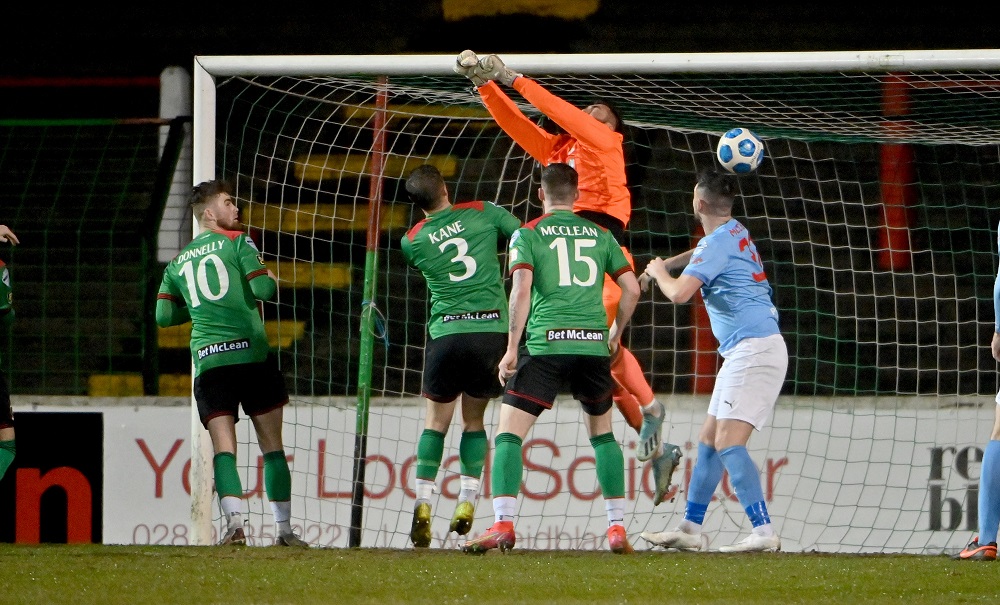 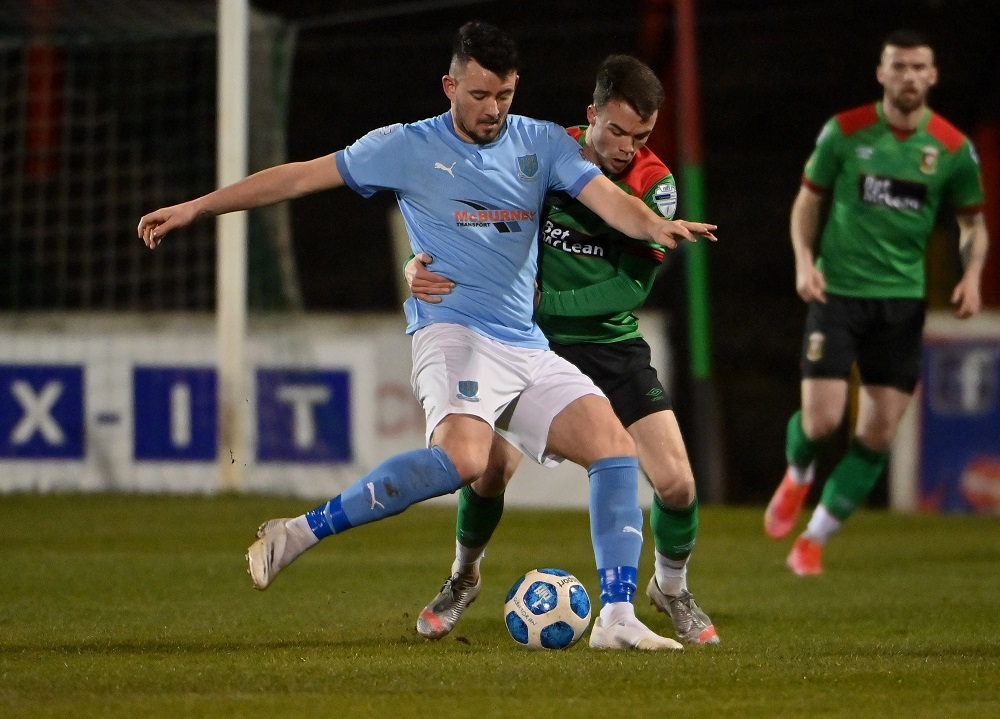 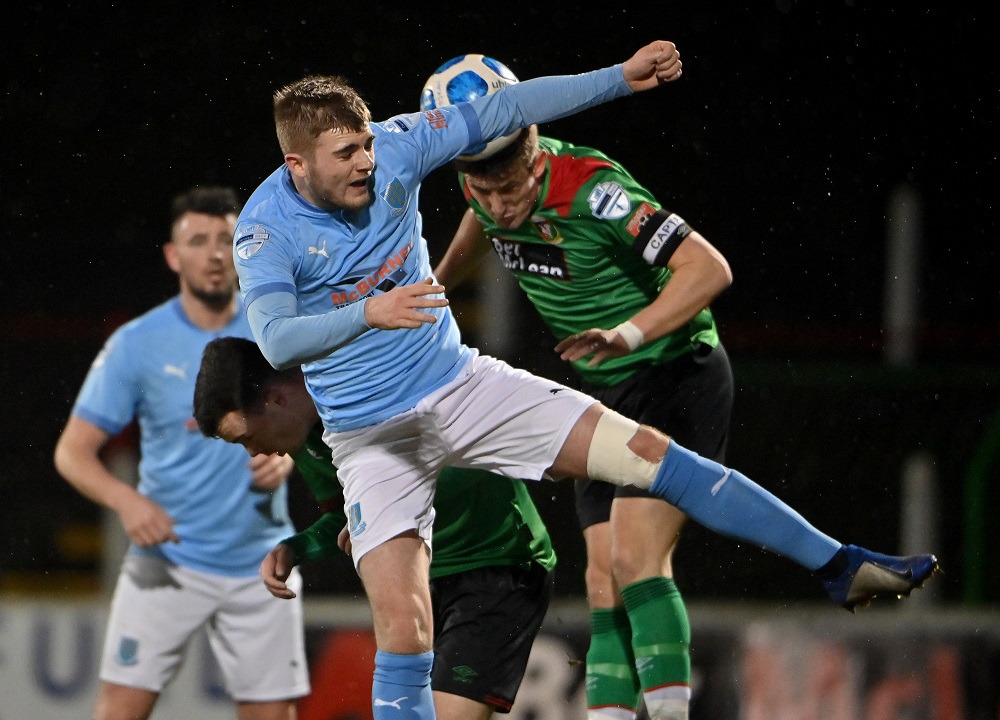 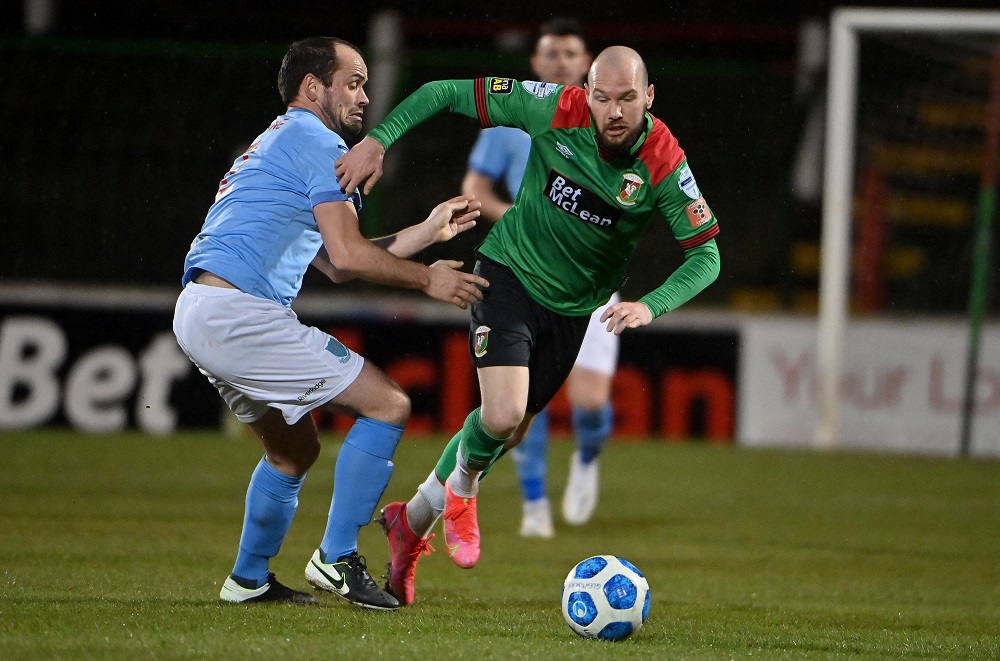 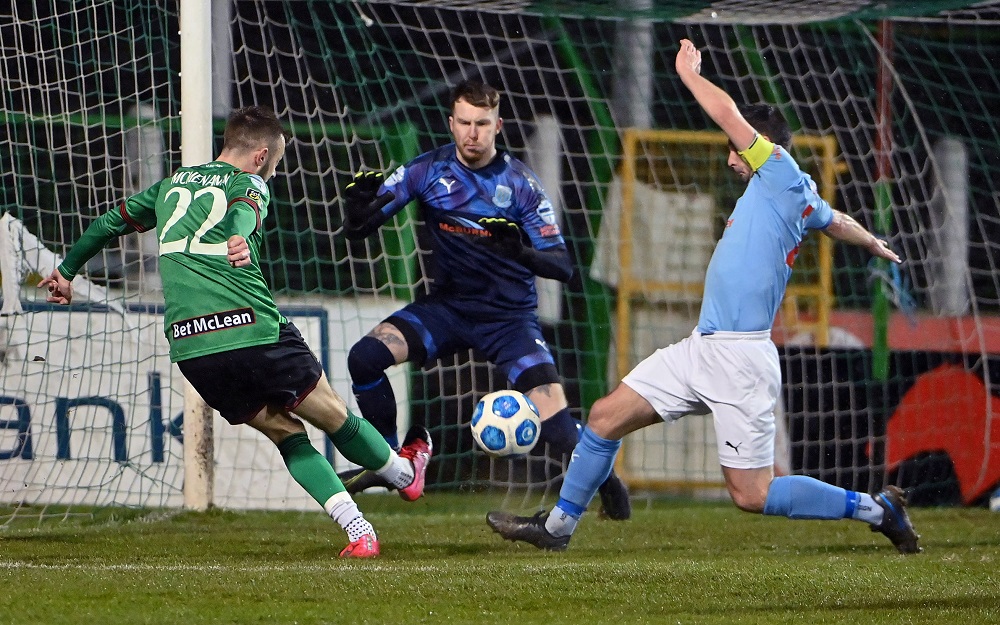 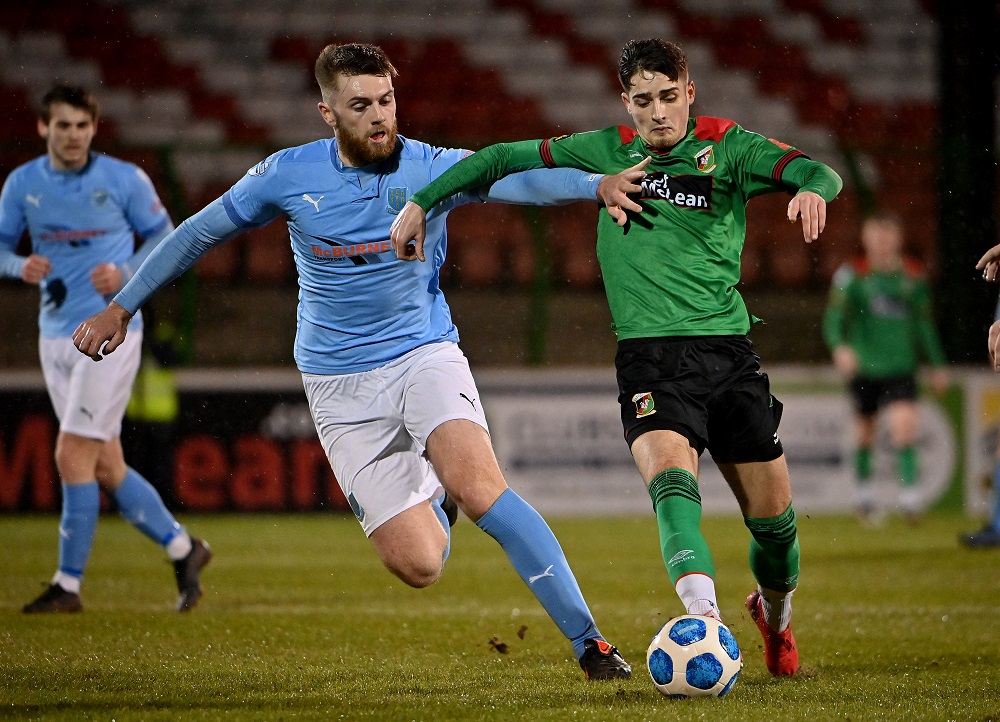