BLUES ON POINT AT WINDSOR

Linfield cruised to a comprehensive victory over Warrenpoint Town at Windsor Park with no fewer than five different players getting their names on the scoresheet.
Three first half goals put Linfield into a commanding position at the break.
Jordan Stewart opened the scoring on 22 minute. Shayne Lavery showed great pace to get past his marker before delivering the ball across the area from the left for Stewart to touch past Andy Coleman.
Lavery found the net himself four minutes after that in fortunate circumstances. He received the ball from Stewart and sent a volley goalwards but it took a huge deflection off Luke Gallagher and looped over Coleman before going in off the far post.
And it was 3-0 a couple of minutes from the break after Niall Quinn sent over a great cross from the left for Joel Cooper to guide home into the opposite corner.
Number four arrived five minutes into the second half. Lavery was again involved, this time firing over a cross for Jimmy Callacher to comfortably head past Coleman.
Then, with a quarter-of-an-hour remaining, Andy Waterworth bagged Linfield's fifth when he got the final touch to Stewart's drive into a crowded goalmouth.
Linfield: Johns, Newberry, Callacher, Stewart, Millar, Lavery, McClean, Mulgrew, Pepper, Quinn, Cooper subs Moore (not used), Waterworth (replaced Lavery 71), Nasseri (not used), Clarke (replaced Pepper 65), McGivern (not used), Palmer (replaced McClean 16)
Warrenpoint Town: Coleman, Deasy, McVeigh, Byrne, Ball, Hutchinson, McCaffrey, Evans, Dillon, Swan, O'Sullivan subs Sava (not used), O'Connor (not used), Gallagher (replaced Byrne 25), Mullen (replaced Deasy 41), Cowan (not used), Wallace (replaced Hutchinson 55), Forsythe (not used) 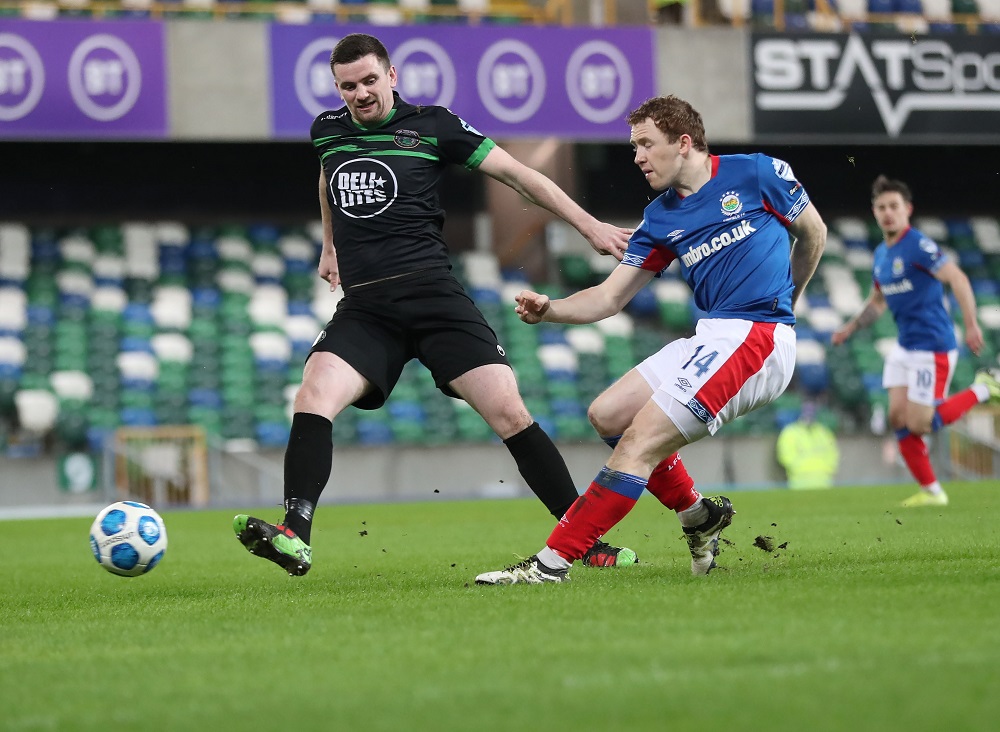 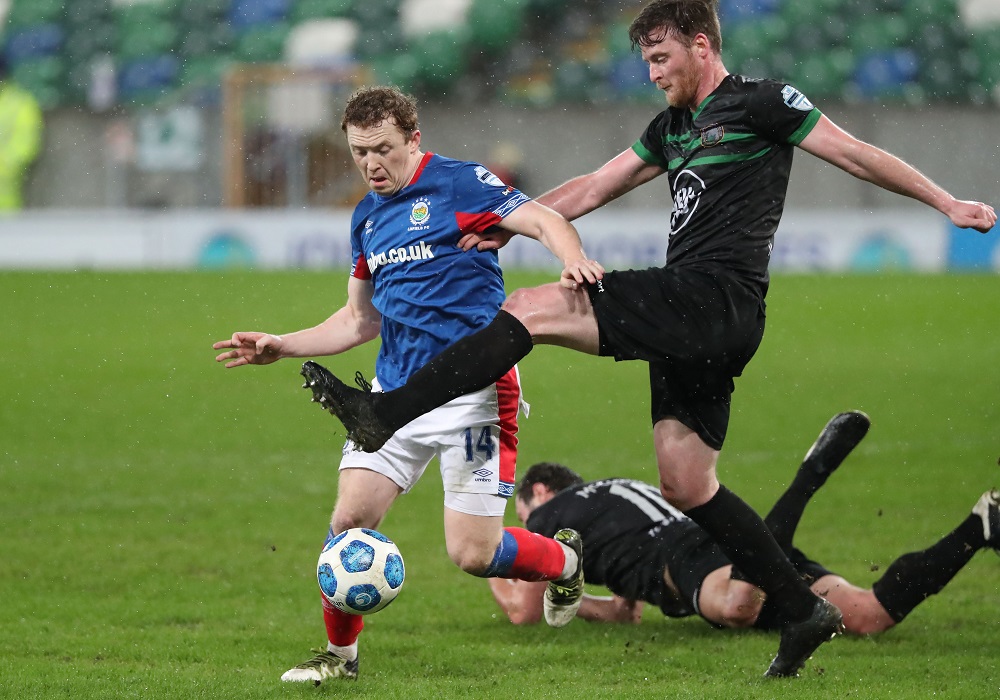 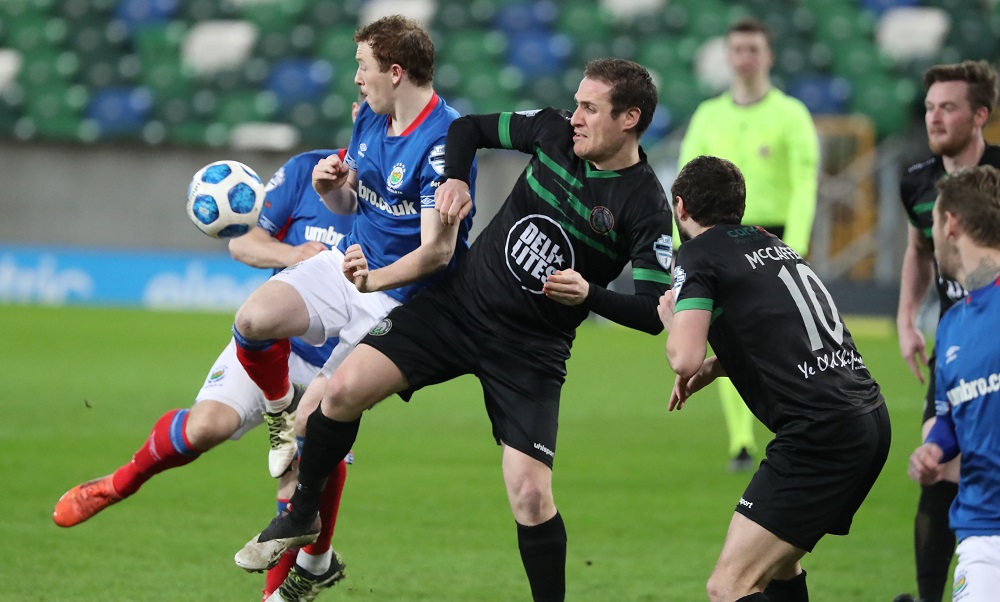 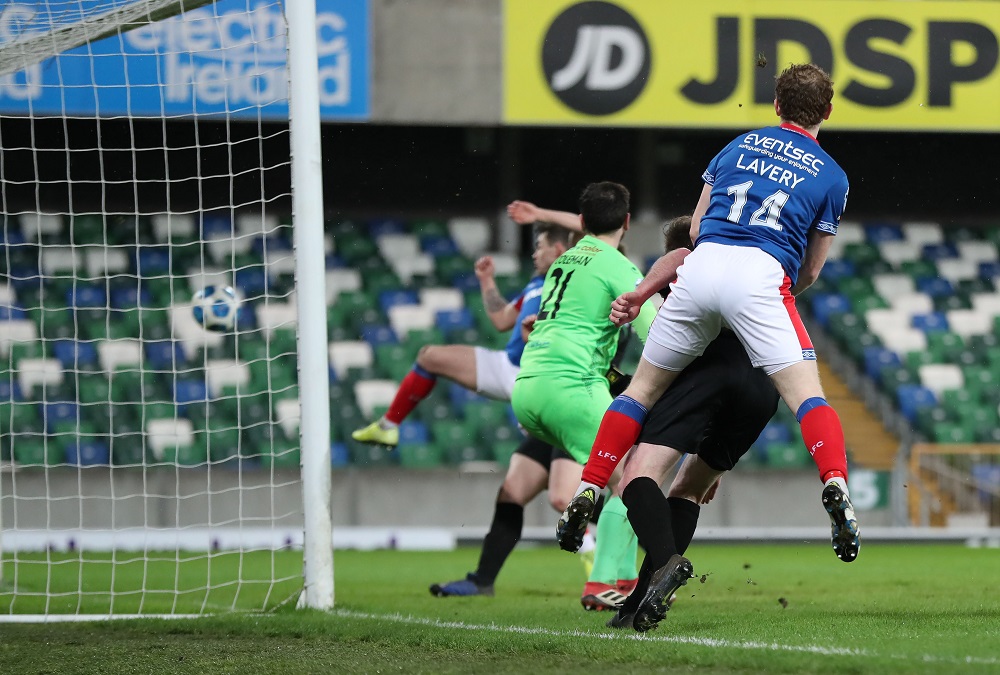 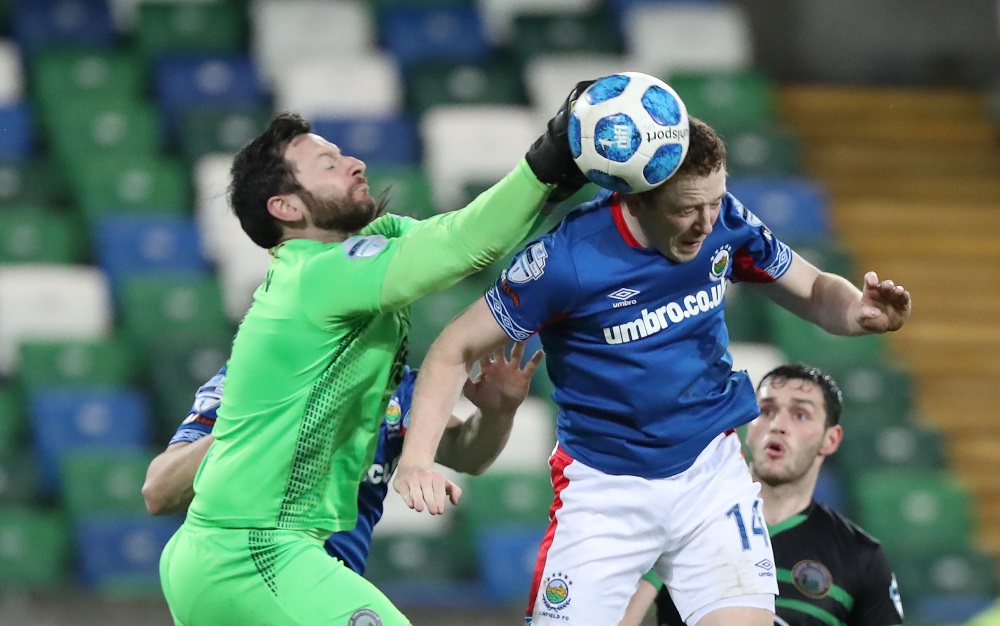 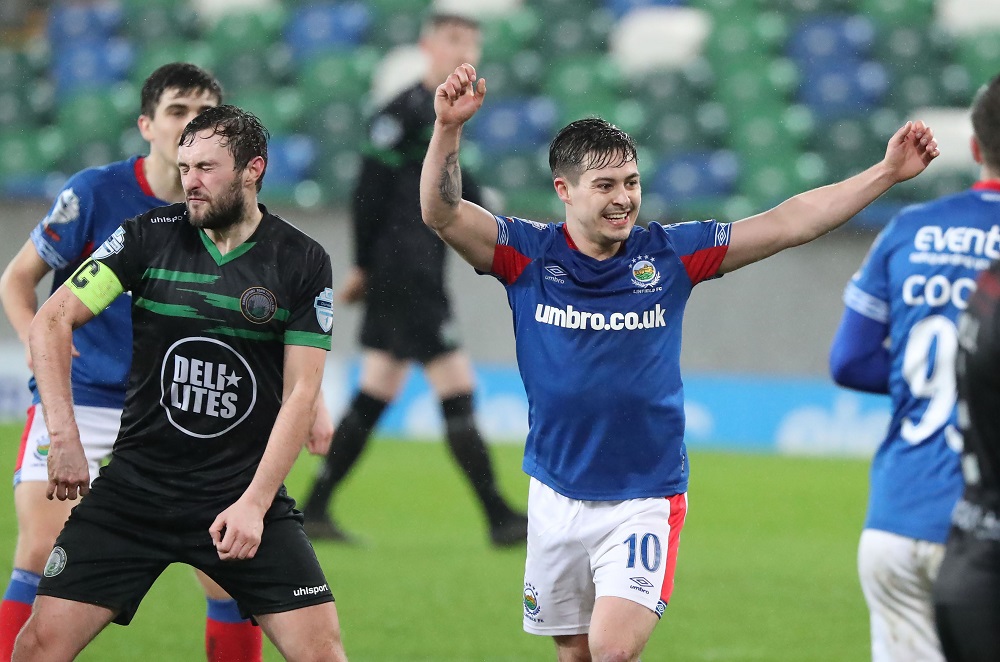