Larne moved back into third spot with victory over Dungannon Swifts, playing under new boss Dean Shiels for the first time, at Stangmore Park.
Ronan Hale had a couple of early chances to edge Larne in front, firing one effort straight at Roy Carroll with the other dropping wide of an upright.
Dungannon had an opportunity midway through the first half when Rhyss Campbell pounced on a loose ball but his attempt to chip Conor Devlin was only marginally not high enough. Caolan McAleer also had a chance after that but he could only fire wide.
The visitors moved in front on 39 minutes. Tomas Cosgrove collected the ball from Andy Mitchell and crossed into the six yard box for David McDaid to knock home from close range.
Larne might have extended their advantage early in the second when first Hale produced a great save from Carroll while McDaid's follow up was also kept out before, moments later, Albert Watson failed to find the net with a back post volley.
But Dungannon had their chances too, with Ryan Mayse scooping the ball over from 15 yards while a later curling effort drifted just wide.
However, Larne made sure of the points with nine minutes remaining when, from 20 yards, Martin Donnelly sent a low free-kick below the all and beyond Carroll.
Dungannon Swifts: Carroll, Teggart, Wilson, McAleer, Campbell, Carvill, Convie, Glenny, McGee, M. Smyth, Patterson subs Johnston (not used), Coyle (not used), Hughes (replaced Patterson 77), Patton (not used), Gallagher (replaced Campbell 77), Mayse (replaced Convie 62), Teelan (not used)
Larne: Devlin, Watson, Robinson, Herron, Hale, McDaid, Lynch, A. Mitchell, Cosgrove, Hughes, Jarvis subs C. Mitchell (not used), Kelly (not used), Randall (not used), Donnelly (replaced Hale 71), McKendry (not used), Wade Slater (not used), McMurray (replaced McDaid 77) 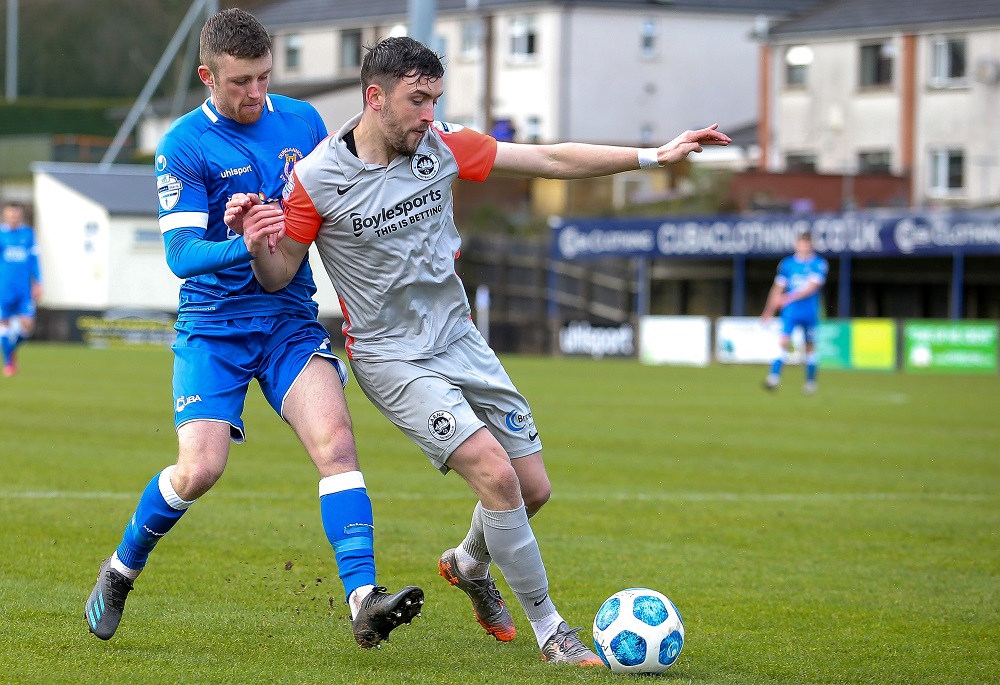 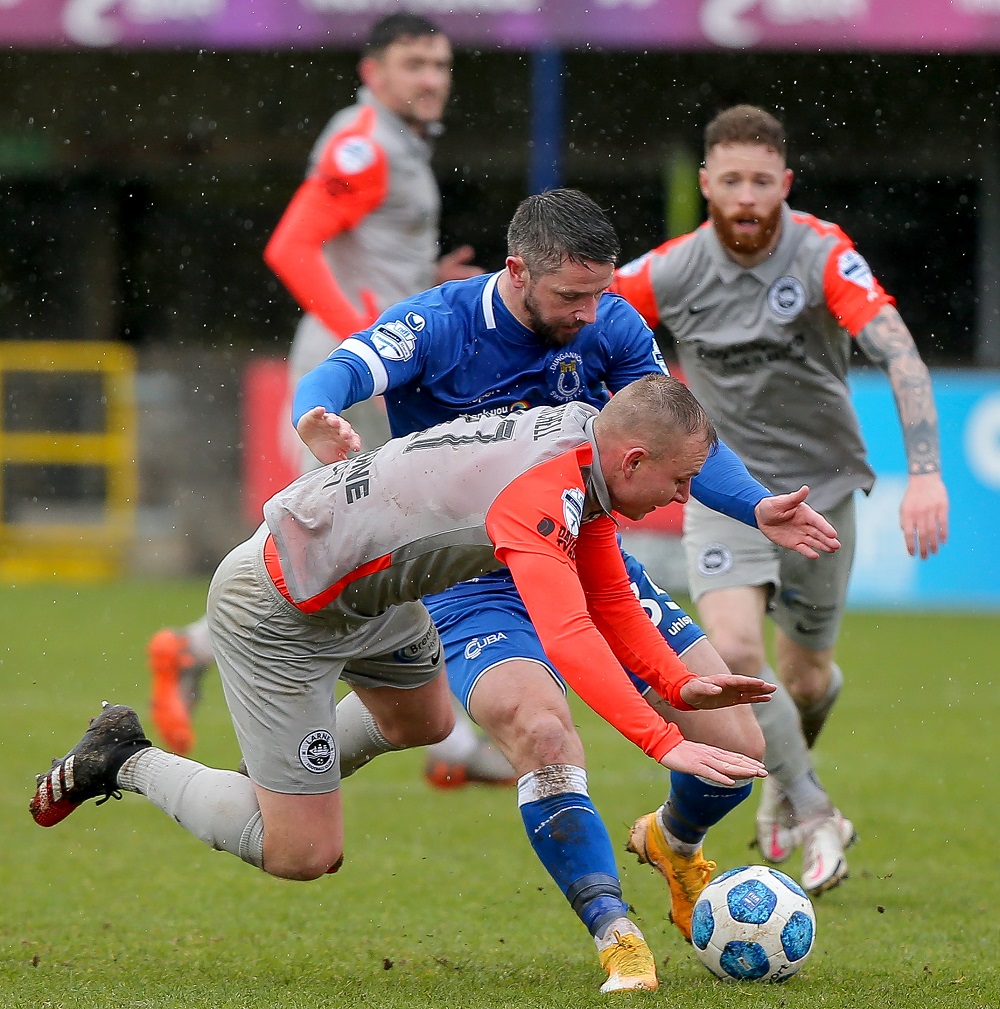 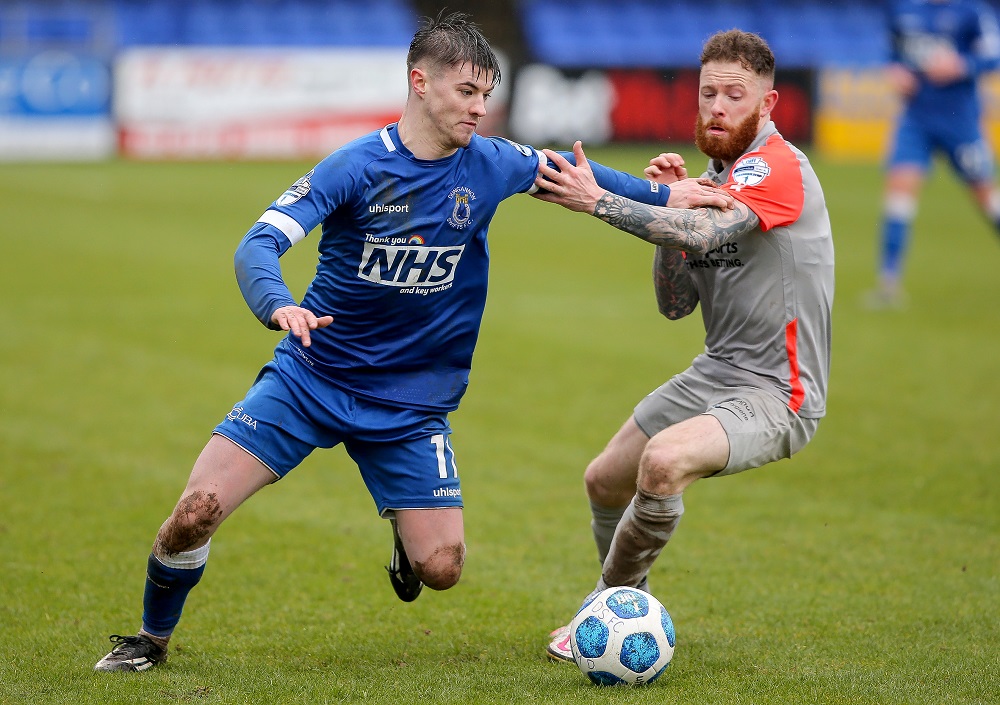 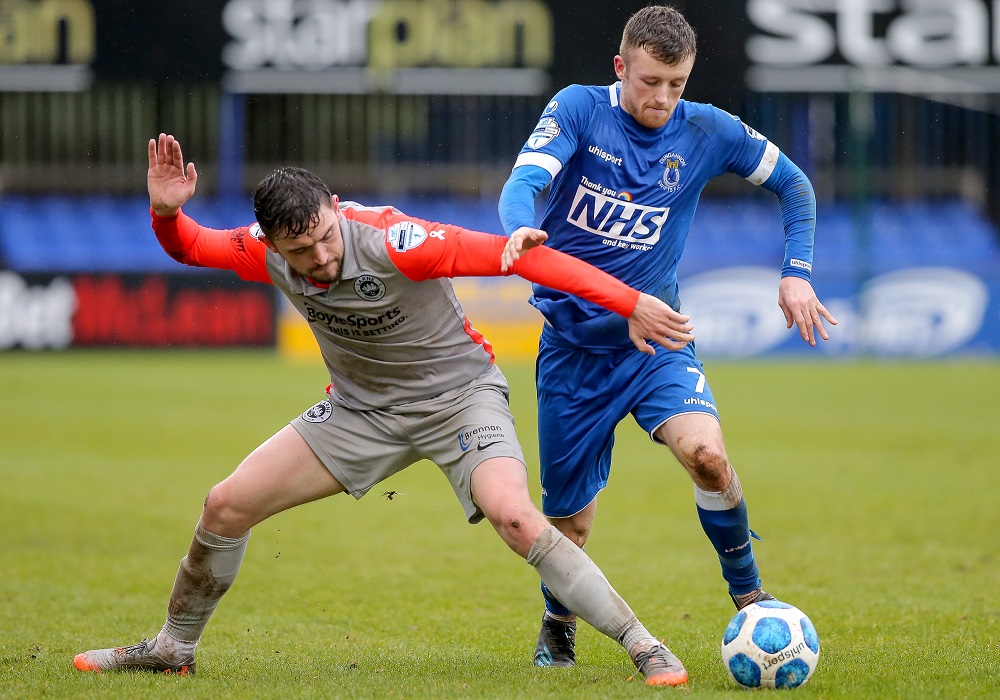