Goals from Jamie Harney and Paul O'Neill at Solitude helped Cliftonville end Coleraine's long unbeaten run.
A frantic start to the game produced an early penalty shout for Coleraine after the visitors claimed Curtis Allen had been upended by Ryan O'Reilly while, at the other end, Paul O'Neill saw a rasping drive turned behind by Gareth Deane.
Coleraine might have edged in front with after a quarter-of-an-hour but Eoin Bradley's effort from Aaron Canning's cross was scrambled off the line by Kris Lowe.
The Bannsiders had another chance on 32 minutes but Allen could only send his half volley dipping over the crossbar.
For Cliftonville Rory Hale came close when his goalbound effort took a deflection off Canning before falling the wrong side of the post.
But the Reds did edge into the lead a couple of minutes before the break. Aaron Donnelly lifted over a superb cross to the back post for Jamie Harney to power home past Deane.
And it was 2-0 just after the hour. Paul O'Neill was on target on this occasion with a sharp turn inside the box to beat Deane with his right foot despite Josh Carson's best efforts at a goalline clearance.
Coleraine pulled a goal back just five minutes later, however, after Harney was adjudged to have brought down Eoin Bradley with Ben Doherty stepping up to rifle home the penalty.
But their hopes of salvaging something from the game were dealt a blow with a quarter-of-an-hour remaining when Bradley was dismissed for a challenge on O'Reilly, his second bookable offence.
Cliftonville: McCarey, O'Reilly, Harney, O'Connor, R. Curran, Donnelly, Bagnall, Hale, Lowe, Kearns, O'Neill subs D. Breen (not used), G. Breen (not used), McCrudden (replaced Kearns 80), Doherty (replaced O'Connor 68), Casey (not used), Teggart (not used), Coffey (not used)
Coleraine: Deane, Kane, Canning, Jarvis, Doherty, Lowry, Bradley, Carson, O'Donnell, Glackin, Allen subs Gallagher (not used), McLaughlin (replaced Jarvis 80), Wilson (not used), Tweed (not used), Parkhill (not used), Beverland (not used), Shevlin (replaced Allen 55) 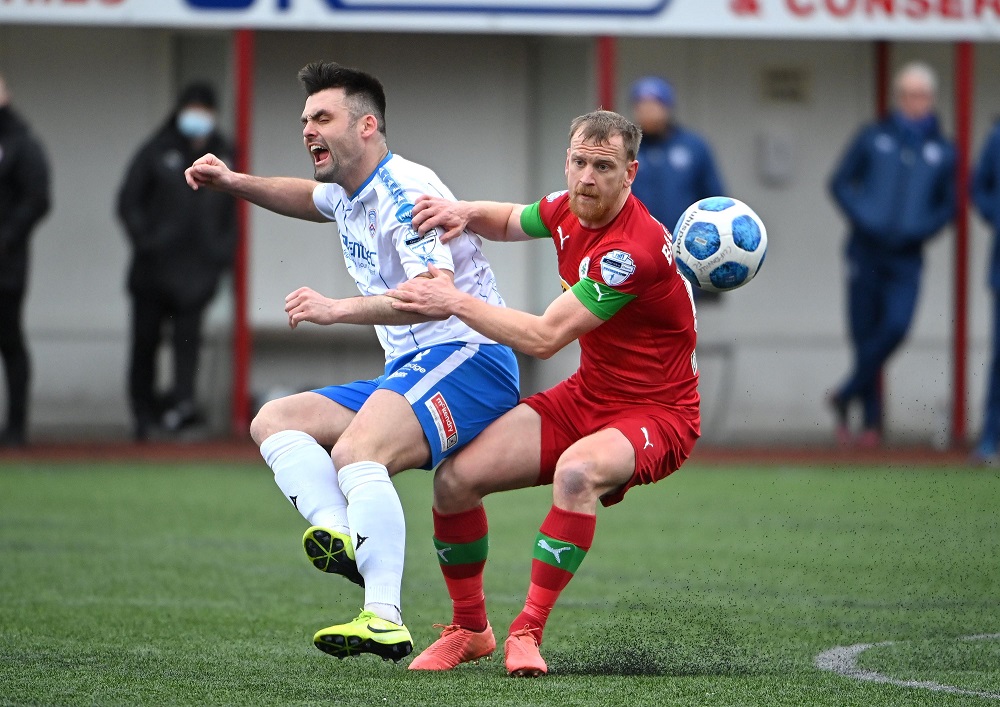 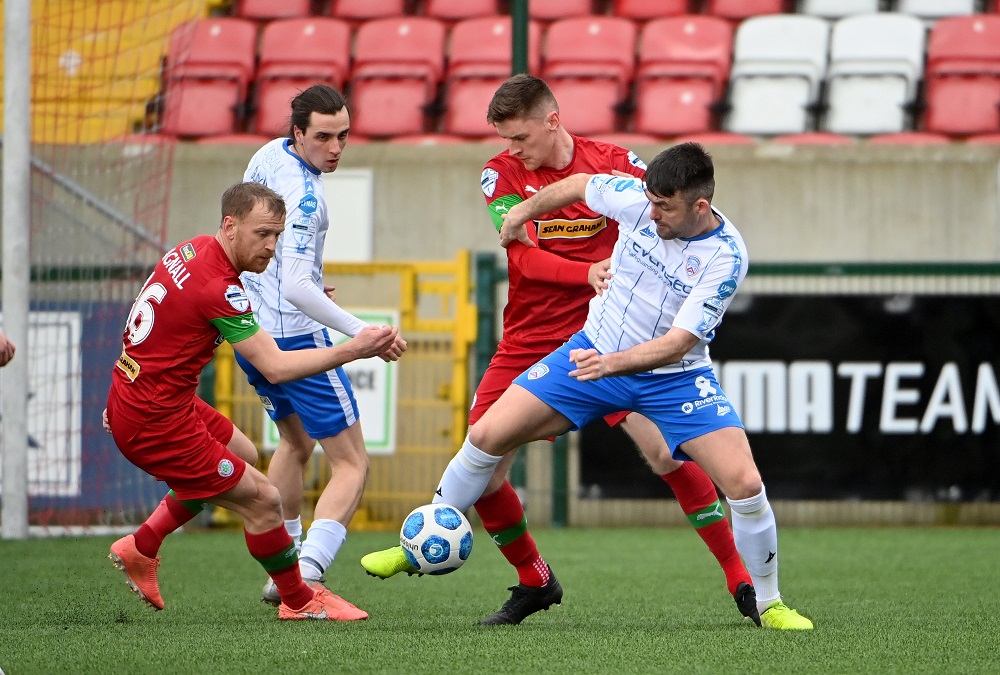 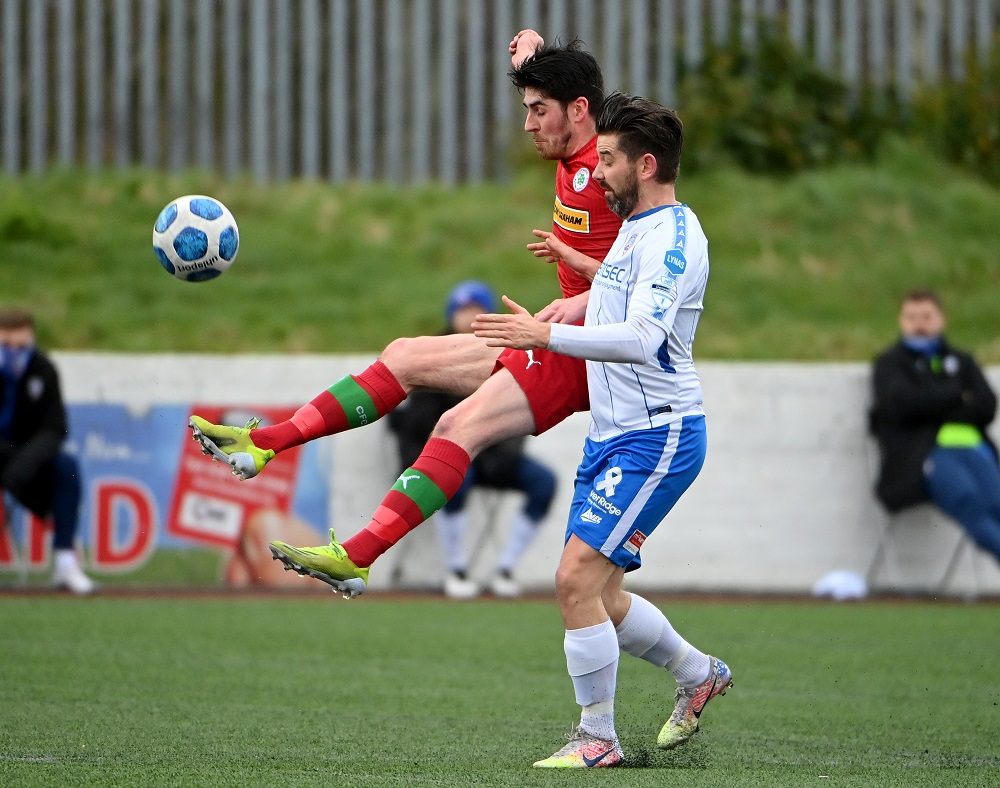 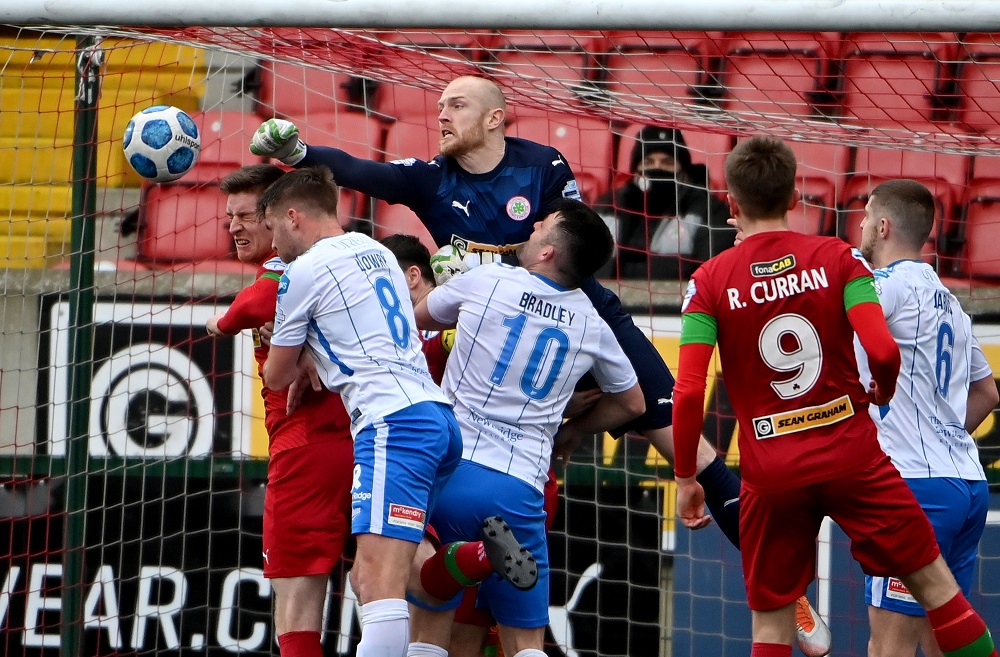 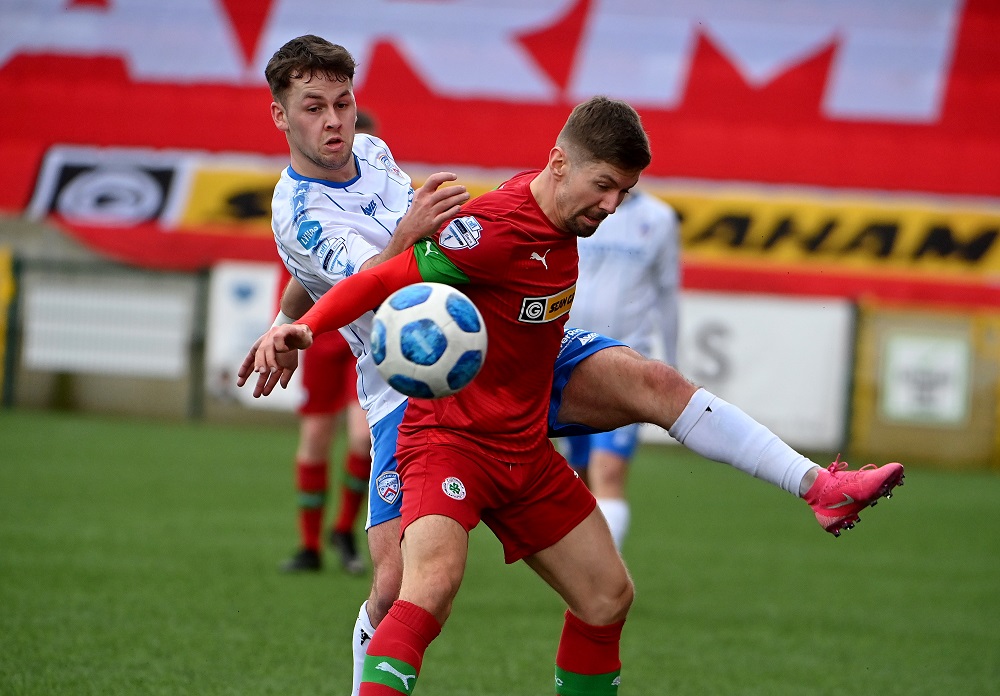 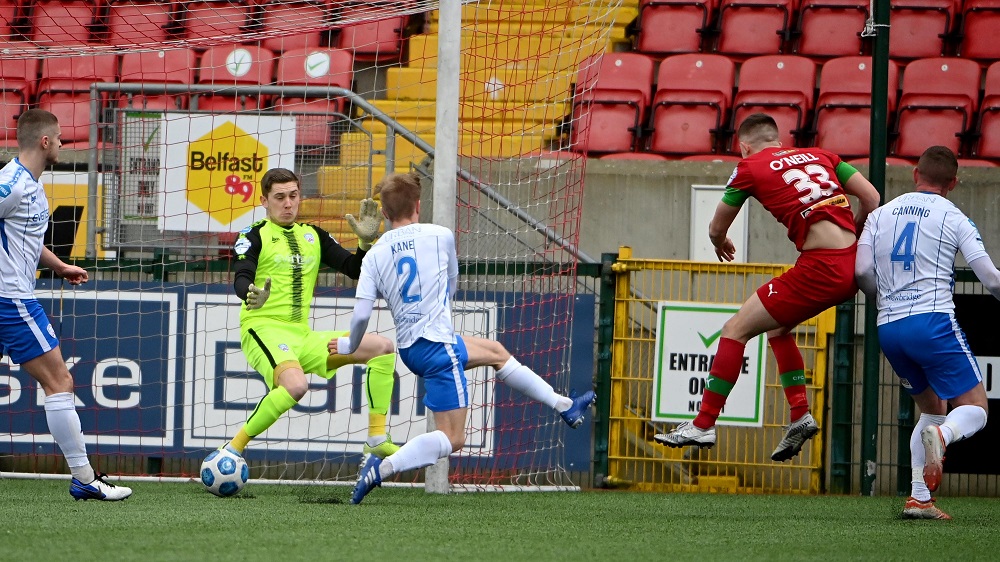