ALLEN AND McLAUGHLIN ON TARGET FOR BANNSIDERS

Coleraine picked up an important three points with a two-goal defeat of Larne at The Showgrounds.
The first chance of the game fell to David McDaid on ten minutes but his effort from Aaron Jarvis' ball was fired over.
Coleraine came close to open the scoring on 23 minutes through Ben Doherty but his thumping 25-yard effort smashed back off the crossbar before being cleared to safety.
But, just a couple of minutes after that, the Bannsiders did move in front when Ronan Wilson's cross from the right found Curtis Allen who rose to nod past Conor Devlin.
Larne might have levelled just after the half-hour mark after Jeff Hughes found Ronan Hale but despite slipping the ball past Gareth Deane he could only look on as it came back off the inside of the post.
The visitors came close again soon after with McDaid testing Deane from the right side of the box but the home keeper did well to tip over.
It took Coleraine just 29 seconds to double their advantage straight after the break when half-time substitute James McLaughlin ran onto a through ball to slide the finish past Devlin from an acute angle.
Rocked by this, it took Larne some time to mount a response but they never really looked like clawing their way back into the game with perhaps a Johnny McMurray effort on 80 minutes from inside the box representing their best chance. 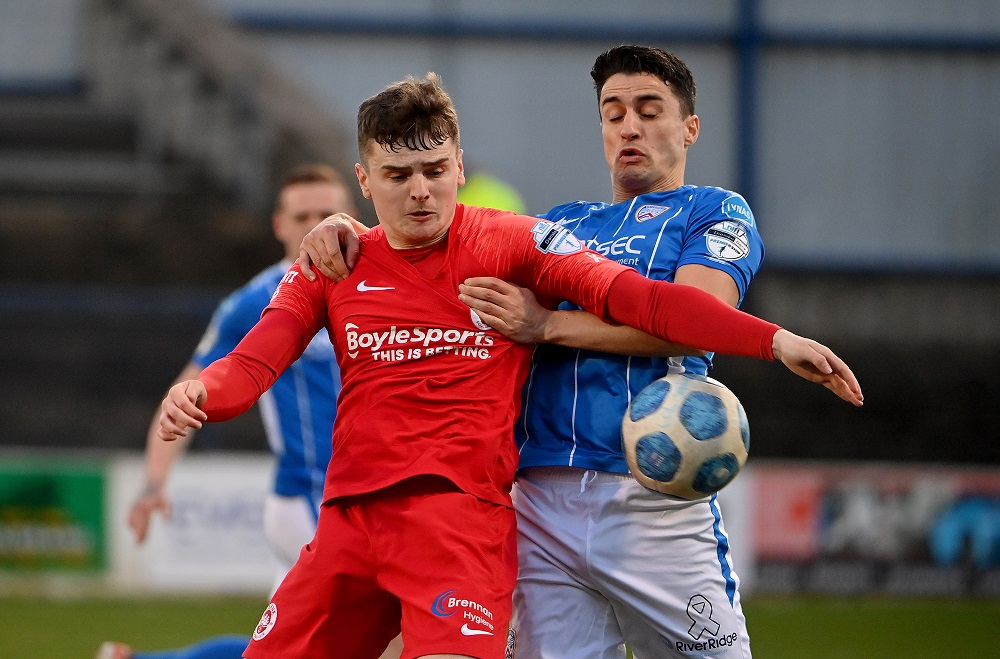 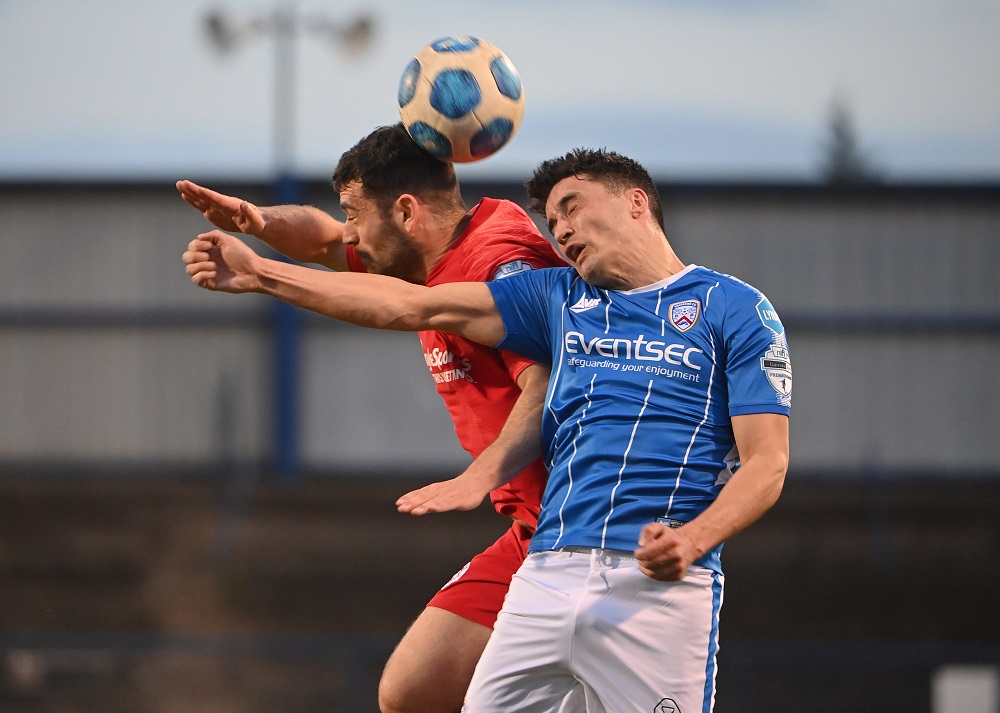 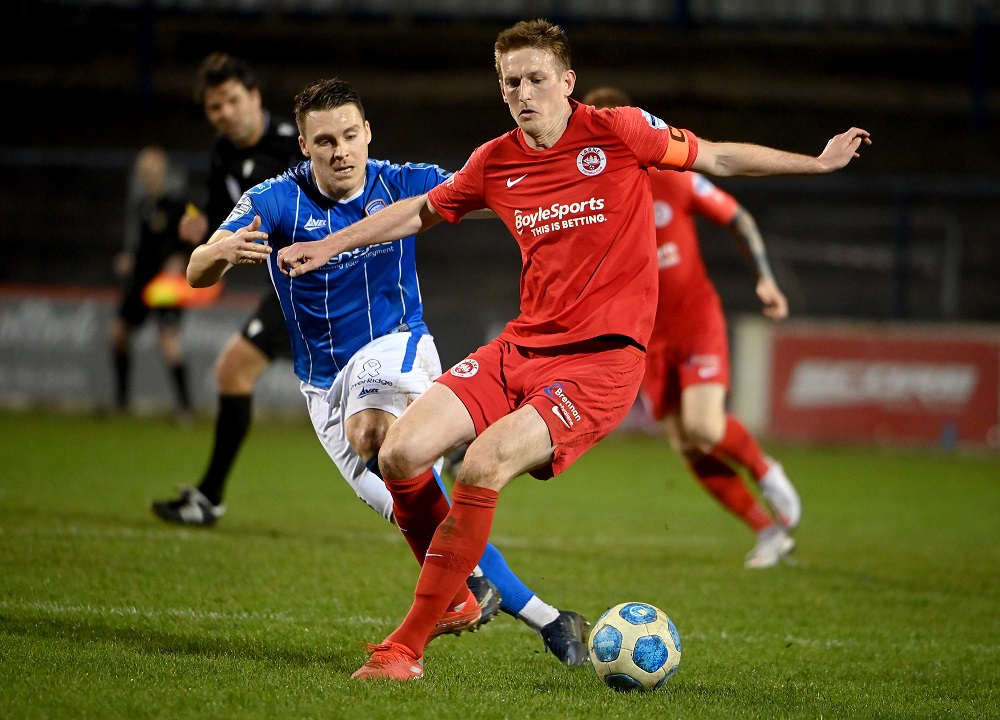 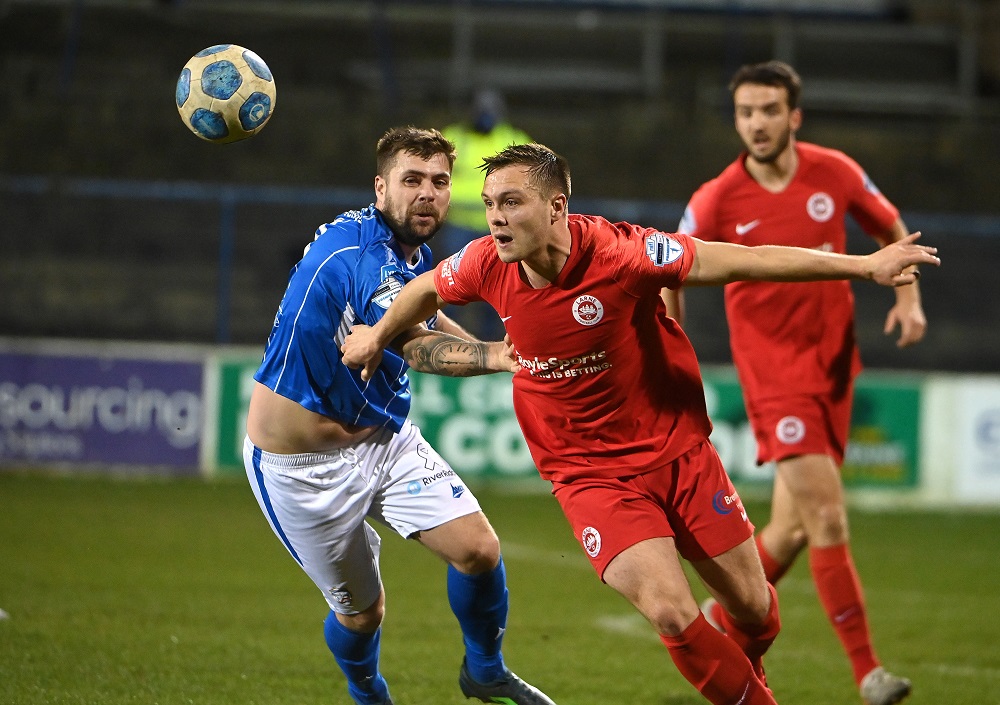 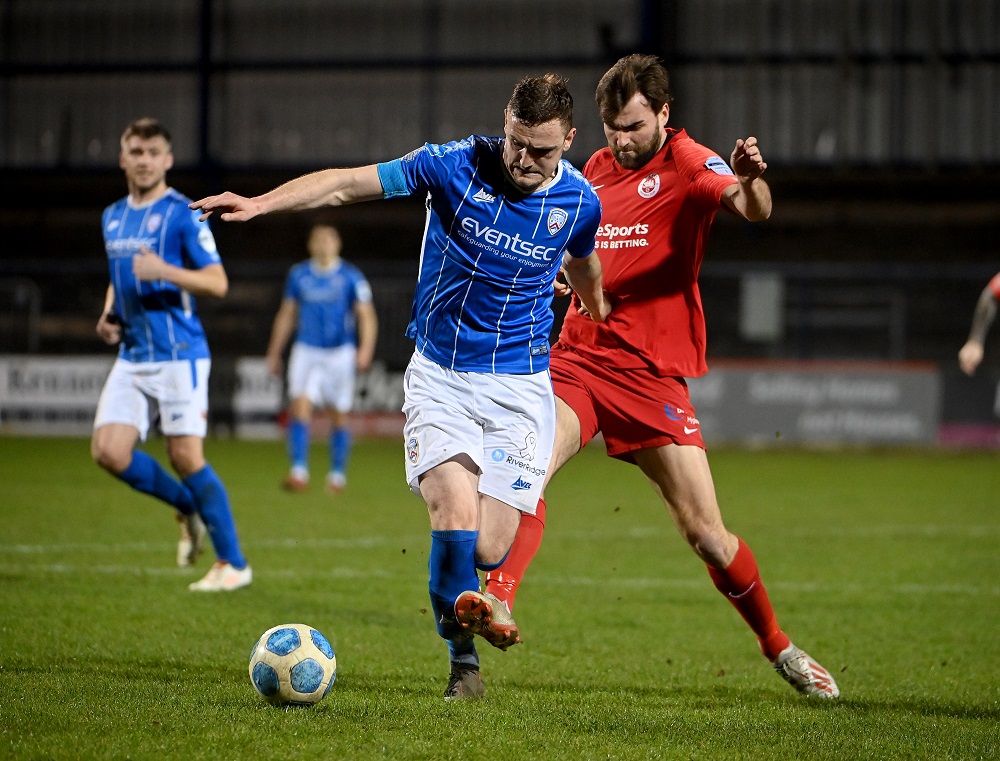 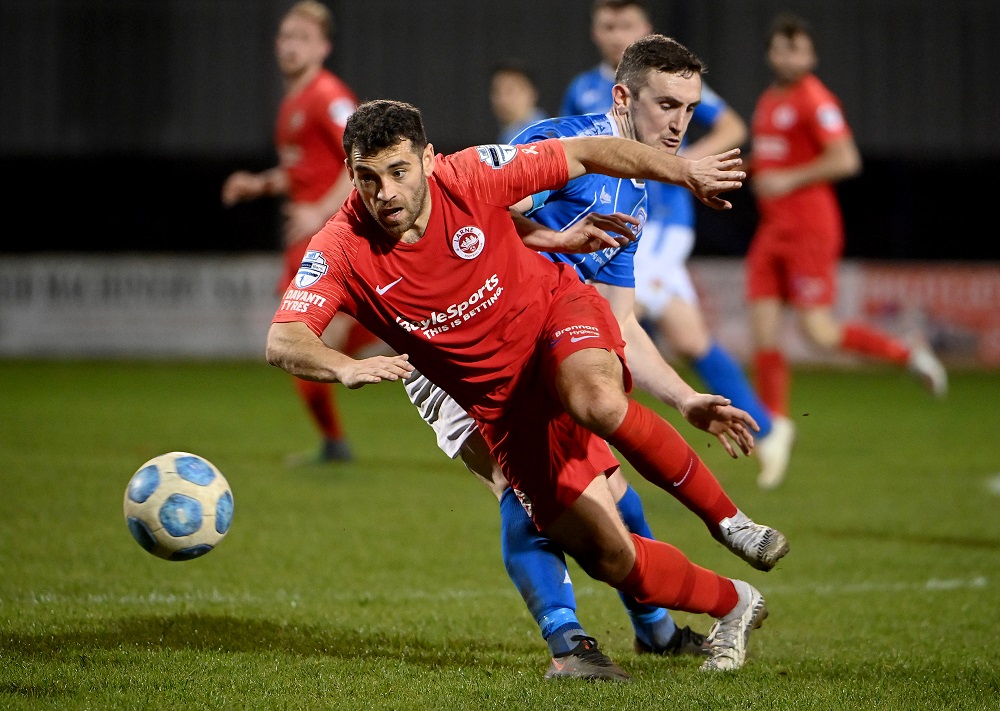