An Aidan Wilson goal with a quarter-of-an-hour remaining handed Crusaders victory from their trip to face Ballymena United at The Showgrounds.
A cautious opening to the game produced few clear cut opportunities at either end.
Philip Lowry fired straight at Jordan Williamson without really testing the keeper with a Ben Wylie effort at the other end met a similar fate.
Jordan Forsythe had a great chance for the Crues midway through the first half with a free header but couldn't keep the ball on target  before, a couple of minutes later, Lowry nodded the ball crashing against the crossbar.
Ryan Waide tested O'Neill just after the half-hour mark before the ball was then deflected for a corner before, moments from the break, Jamie McGonigle volleyed over from the edge of the box.
By contrast, the second half was a much livelier affair.
Ballymena had the ball in the net on 50 minutes. Waide had an effort saved by O'Neill with the ball falling loose for Ryan Harpur to touch over the line at the near post but he had strayed offside before Waide's initial effort.
Crusaders tested Williamson on a number of occasions, denying Jamie McGonigle, Forsythe and Adam Lecky before, on 75 minutes, eventually moving in front through Wilson with a near post finish poked past the keeper.
United were presented with a great opportunity to level just four minutes later. Referee Lee Tavinder pointed to the spot after ruling that Shay McCartan's effort was stopped by Rodney Brown's arm but, from the penalty, Paul McElroy could only drag the ball wide of the post.
Ballymena United: Williamson, Redman, Addis, McKeown, Harpur, Knowles, Waide, Hume, Kelly, Wylie, McCready subs D. Graham (not used), T. Kane (replaced Harpur 86), McElroy (replaced McCready 61), McCartan (replaced Knowles 61), Ervin (not used), Beattie (not used), Farquhar (not used)
Crusaders: O'Neill, Burns, Wilson, Weir, Lowry, McGonigle, Forsythe, O'Rourke, Lecky, Brown, Clarke subs Tuffey (not used), Cushley (not used), Caddell (replaced Forsythe 90), Ruddy (not used), Owens (replaced Clarke 64), Thompson (not used), Larmour (not used) 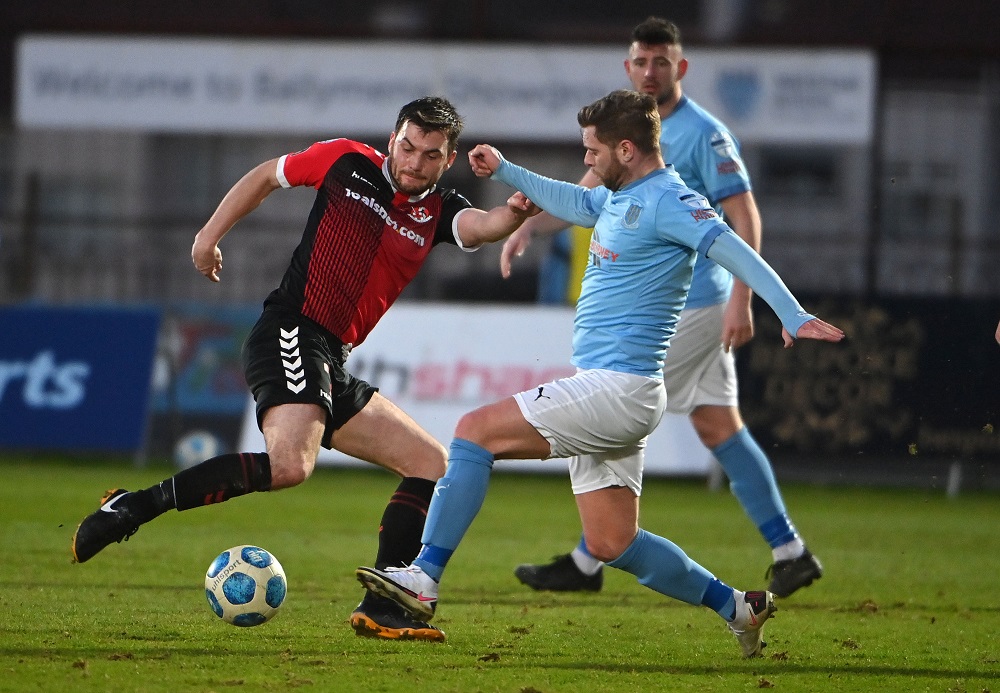 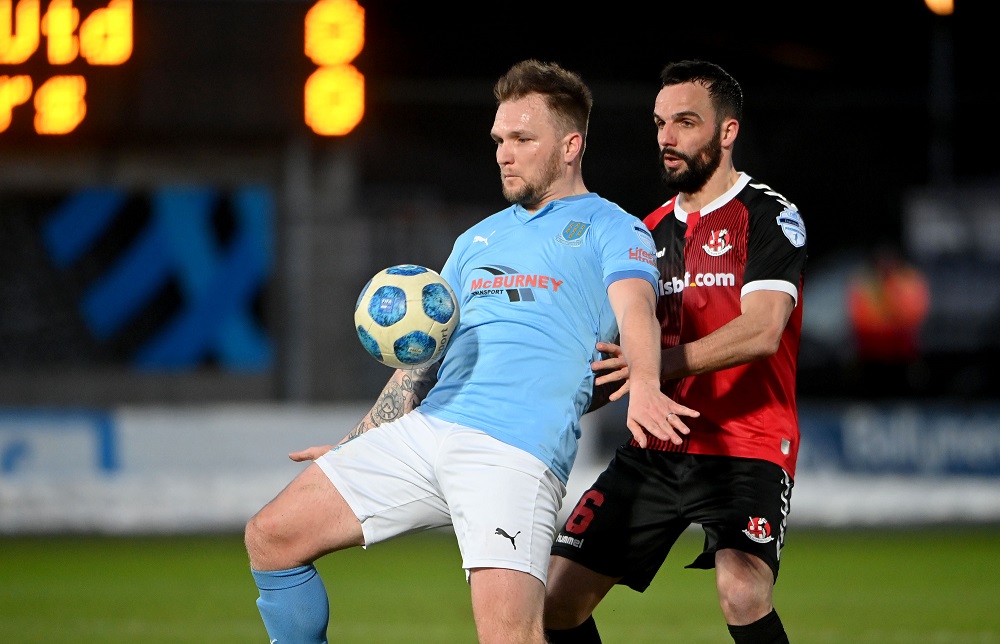 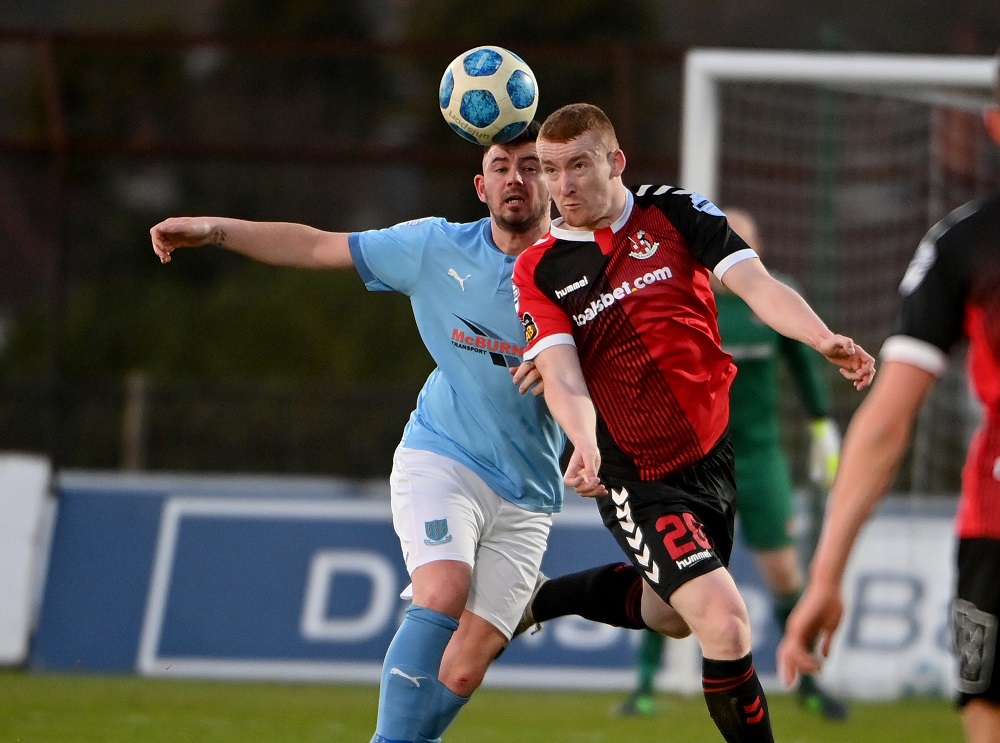 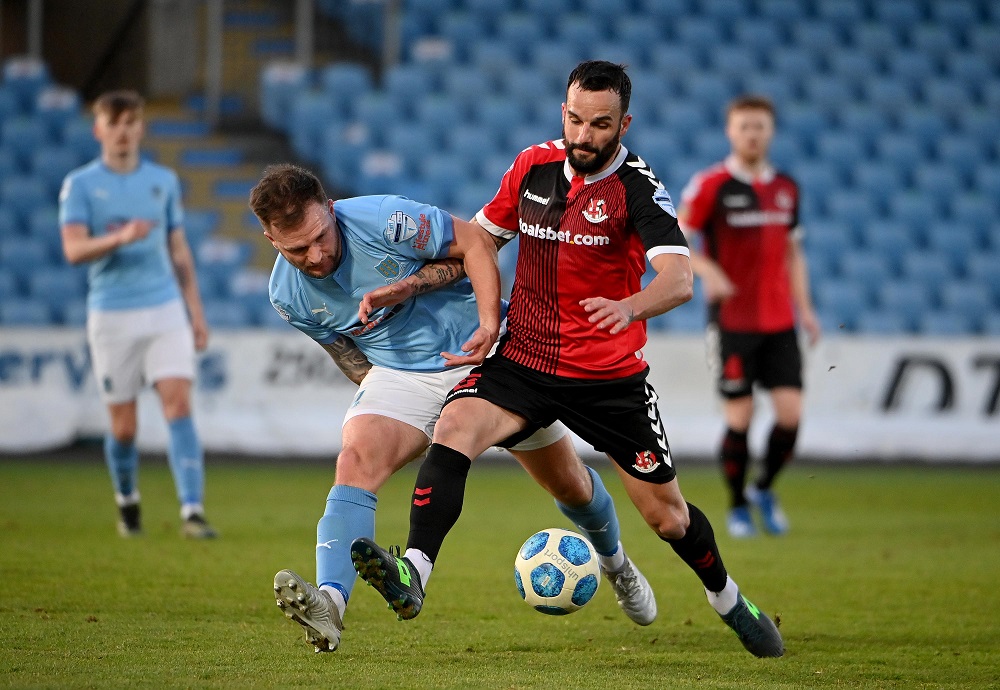 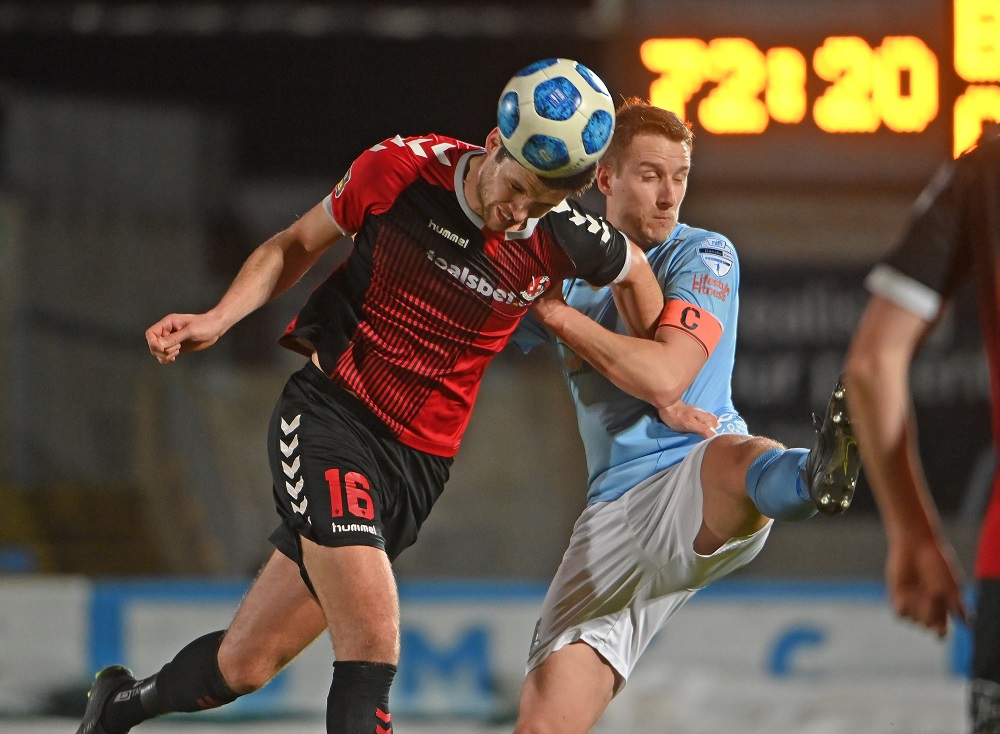 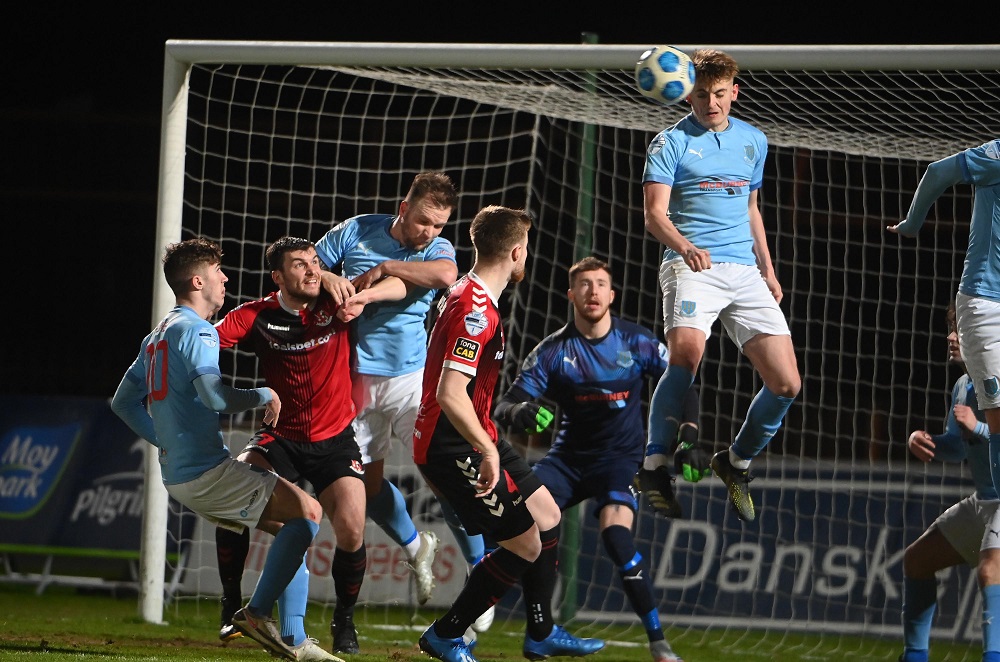