Ballymena United came back from two goals down to earn a point from Glentoran's visit to The Showgrounds.
Glentoran moved in front on 14 minutes. Seanan Clucas got past the injured Tony Kane down the left and brought the ball forward to the near post to beat United's 16-year-old debutant Dylan Graham with a low shot between his legs.
Ballymena had a chance to level soon after when Ross Redman's delivery fell for Ryan Waide at the post but his scuffed effort under pressure from the Glentoran defence went over.
At the other end Robbie McDaid was presented with a great chance to double Glentoran's lead but his shot in front of goal went over.
Glentoran twice went close early in the second half. On 54 minutes a Jay Donnelly header evaded Graham but Jim Ervin was on hand to clear the effort off the line while, a few minutes after that, a long ball over the top was knocked away by Jonny Addis.
The visitors eventually doubled their lead with just over a quarter-of-an-hour remaining with Clucas' second of the evening. He did well to dispossess Josh Kelly on the left and then worked his way into the box to knock home a curling finish from a tight angle into the far corner.
But Ballymena pulled one back just four minutes after that courtesy of Shay McCartan creating some space in the box and squeezing the ball into the bottom corner.
And McCartan almost levelled on 84 minutes with a free-kick cleared off the line and under his own crossbar by Patrick McClean.
However, the former Northern Ireland international did bag Ballymena's equaliser just a couple of minutes after that from the spot after Chris Gallagher was adjudged to have fouled Sean Graham, a controversial decision that provoked protests from the Glentoran camp.
Ballymena United: D. Graham, T. Kane, Redman, Addis, McElroy, McCartan, Waide, Hume, Ervin, Kelly, Wylie subs McKeown (not used), Harpur (not used), Knowles (not used), S. Graham (replaced T. Kane 17), Beattie (not used), McCready (not used), Farquhar (not used)
Glentoran: Brown, Kane, McCullough, Bigirimana, R. Donnelly, McDaid, McClean, Clucas, Marron, Marshall, J. Donnelly subs Morris (not used), Gallagher (replaced Kane 80), McDonagh (not used), Mitchell (replaced J. Donnelly 81), O'Connor (not used), Crowe (not used), Plum (not used) 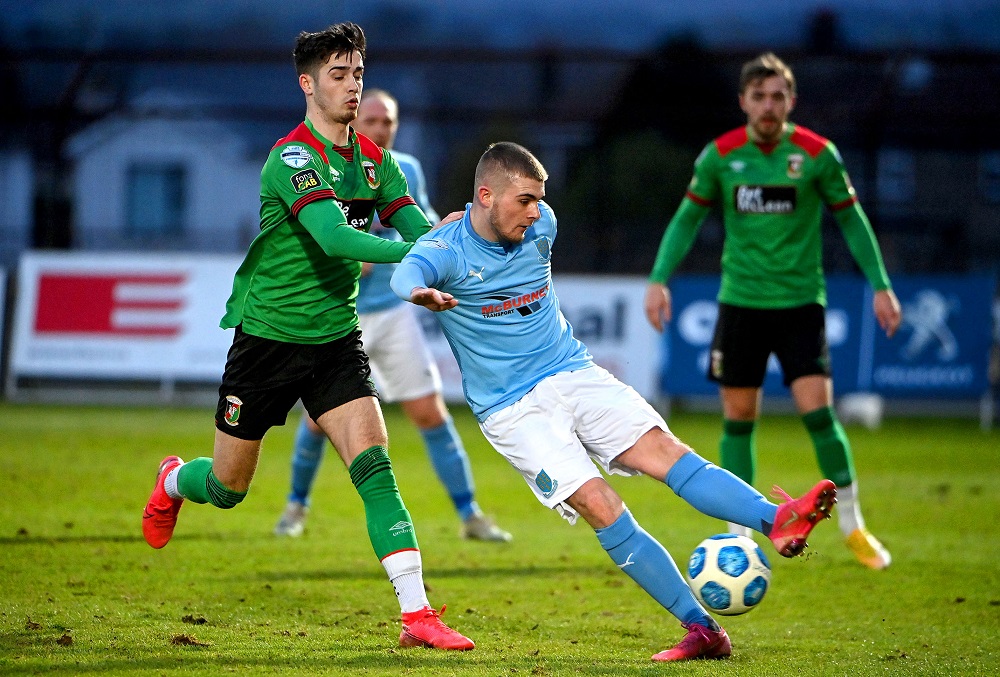 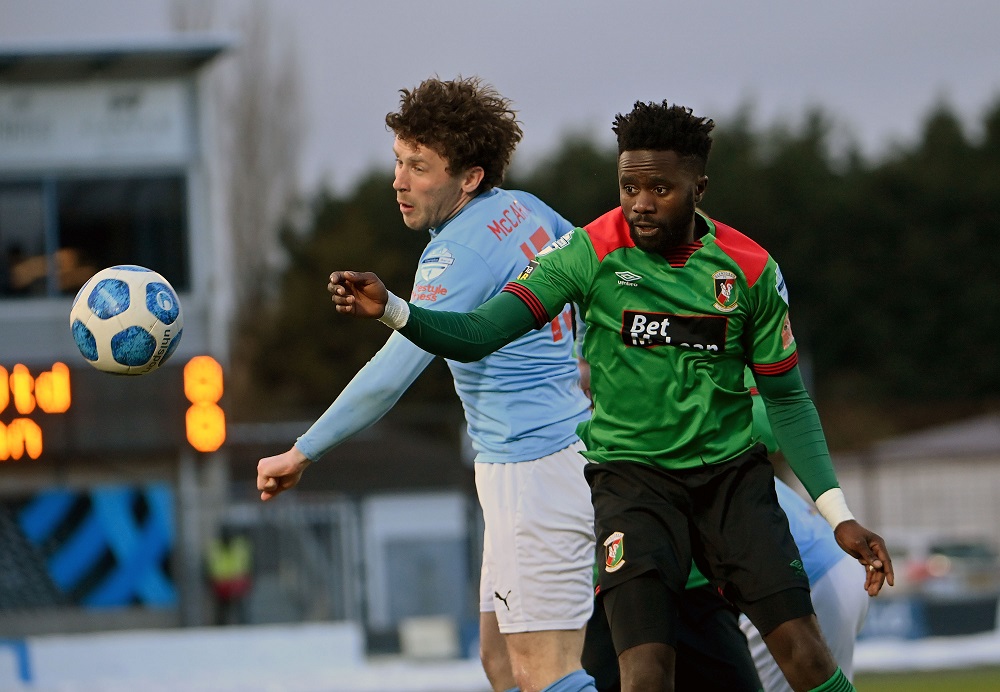 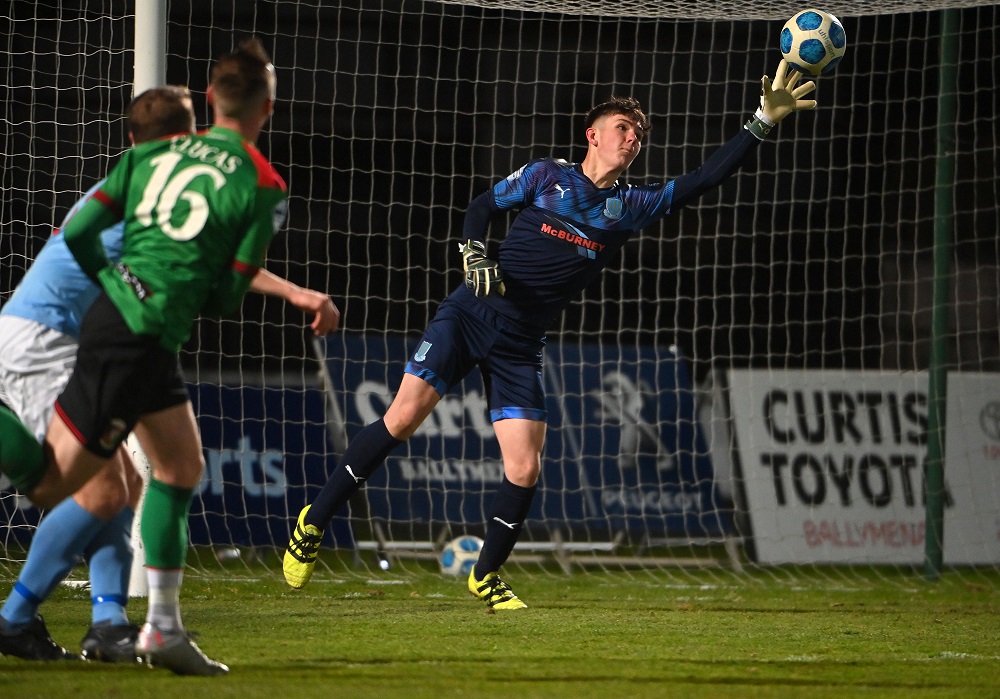 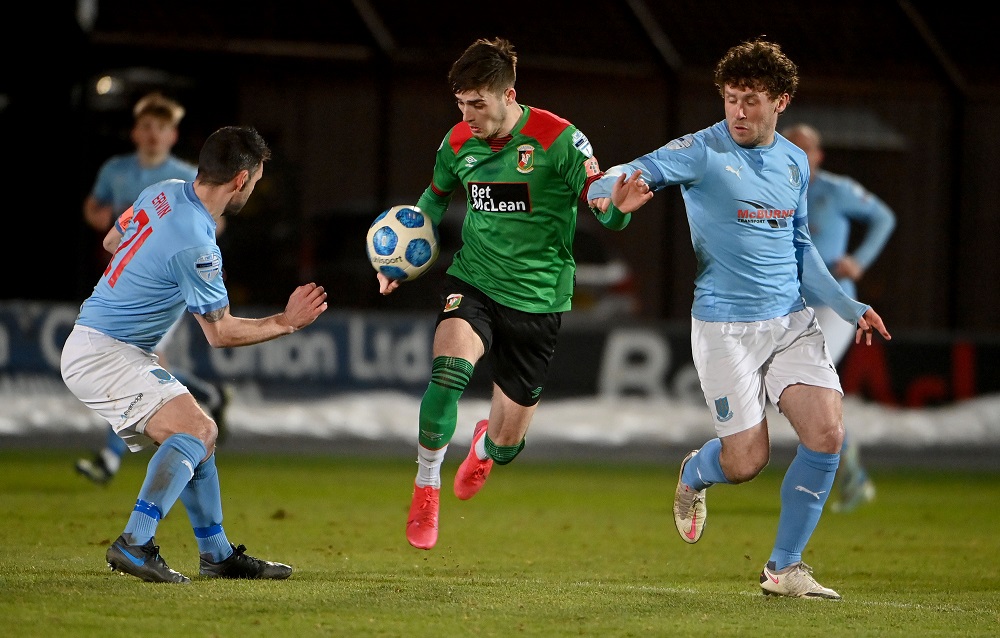 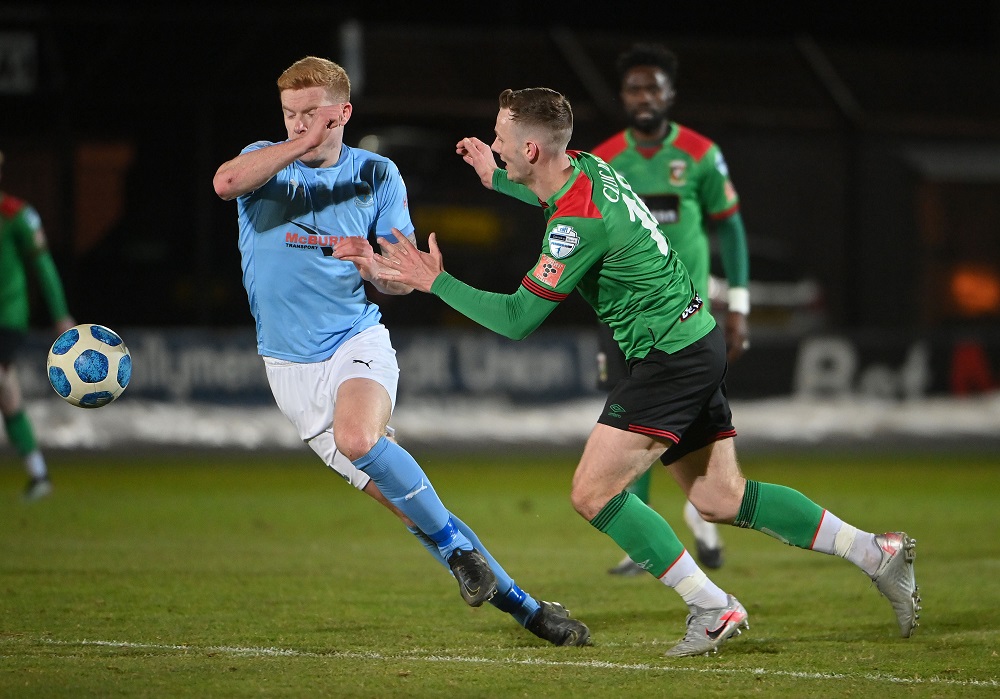 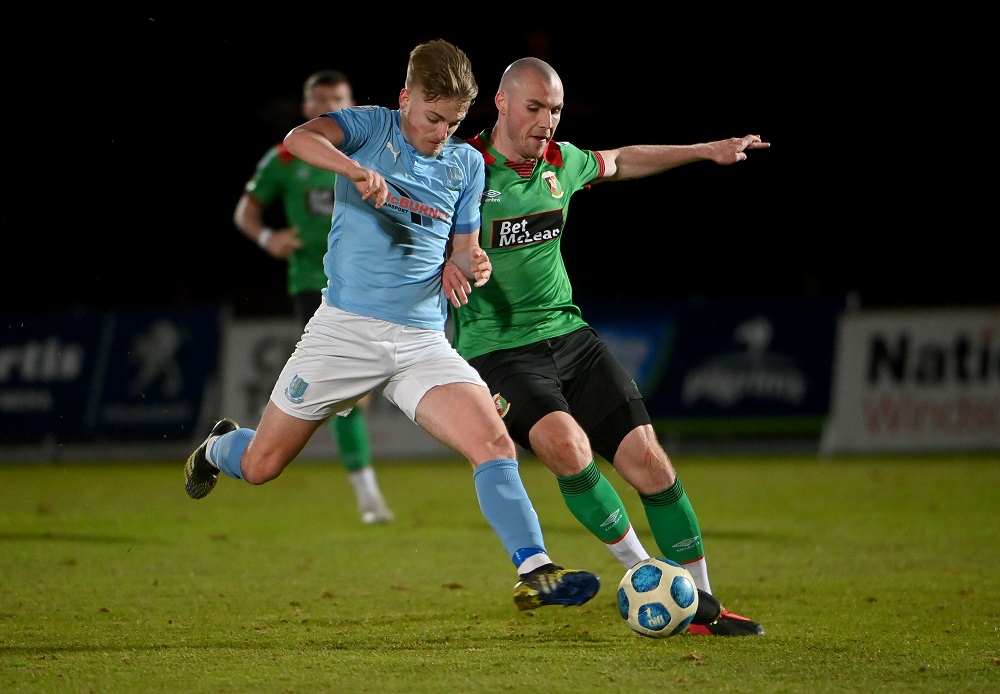