FOUR GOALS BUT NO WINNERS IN THE NORTH BELFAST DERBY

Crusaders and Cliftonville shared the spoils from a four-goal North Belfast derby at Seaview.
Cliftonville started brightly, creating the first effort of note after five minutes when Michael McCrudden drew a low save from Sean O'Neill while, a few minutes later, Aaron Donnelly clipped the top of the bar with a free-kick.
The Crues might have edged in front midway through the first half when Paul Heatley broke through but Aaron McCarey rushed out quickly to deal with the threat.
However, the home side did take the lead just a few minutes later when, from a Jarlath O'Rourke corner, Jordan Forsythe rose highest to nod home at the near post.
Cliftonville levelled on 55 minutes. McCrudden created the opening with a well delivered cross from the right which Ryan Curran rose highest to meet and direct the ball from close range.
And McCrudden brought his personal goal tally to six in three games on 67 minutes to give the visitors the lead with a volley below O'Neill after getting on the end of a long punt forward.
Rory Hale came close to adding a third for Cliftonville after lifting the ball over O'Neill but he was denied by a goalline clearance from Billy Joe Burns.
It proved to be a vital stop when, with two minutes remaining, Burns knocked the ball on for Philip Lowry to backheel the equaliser into the net.
Crusaders: O'Neill, Burns, Wilson, Lowry, McGonigle, Caddell, Forsythe, O'Rourke, Lecky, Heatley, Clarke subs Tuffey (not used), Weir (not used), Cushley (replaced Clarke 70), Ruddy (not used), Brown (replaced Heatley 80), Thompson (replaced Caddell 70), Larmour (not used)
Cliftonville: McCarey, O'Reilly, Harney, C. Curran, O'Connor, R. Curran, McCrudden, Donnelly, Bagnall, Hale, Lowe subs Dunne (not used), G. Breen (not used), Doherty (not used), O'Neill (replaced McCrudden 82), Casey (not used), Kearns (replaced O'Connor 88), Coffey (not used) 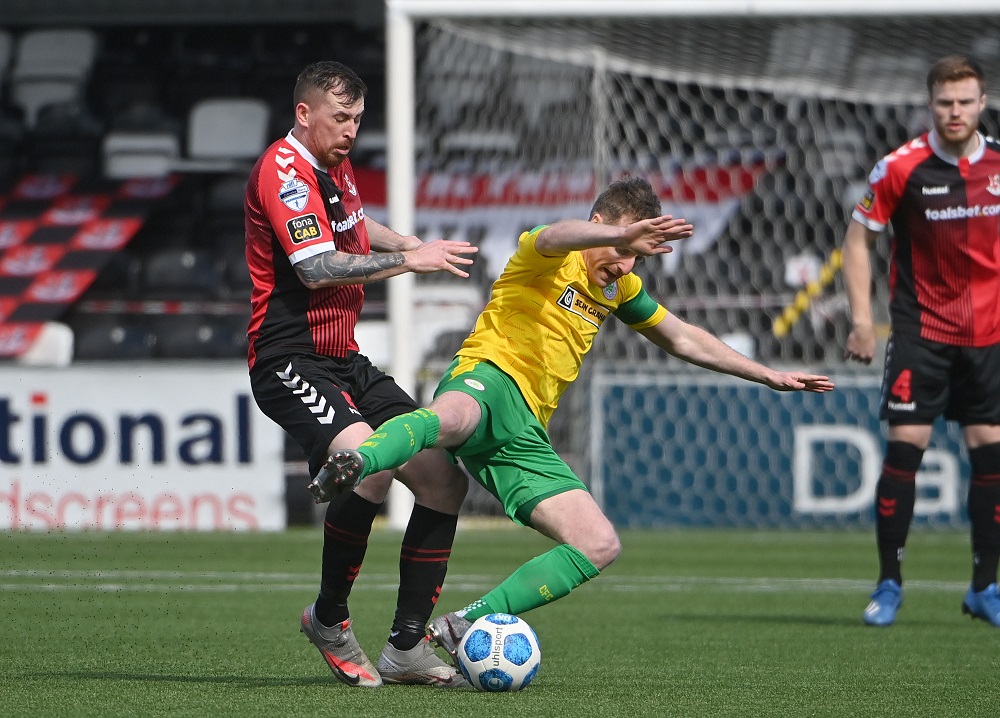 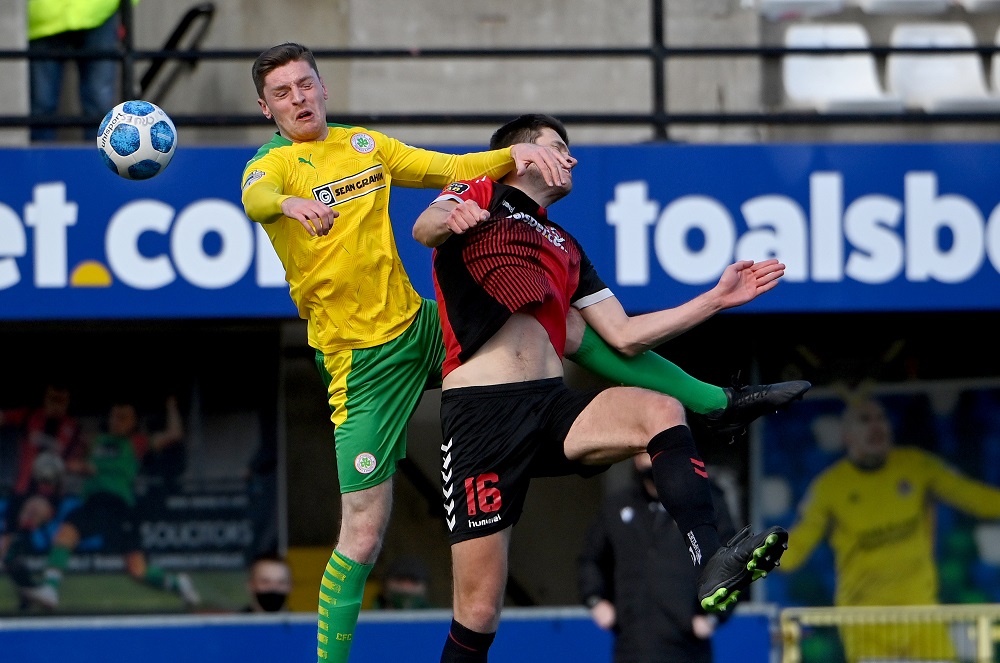 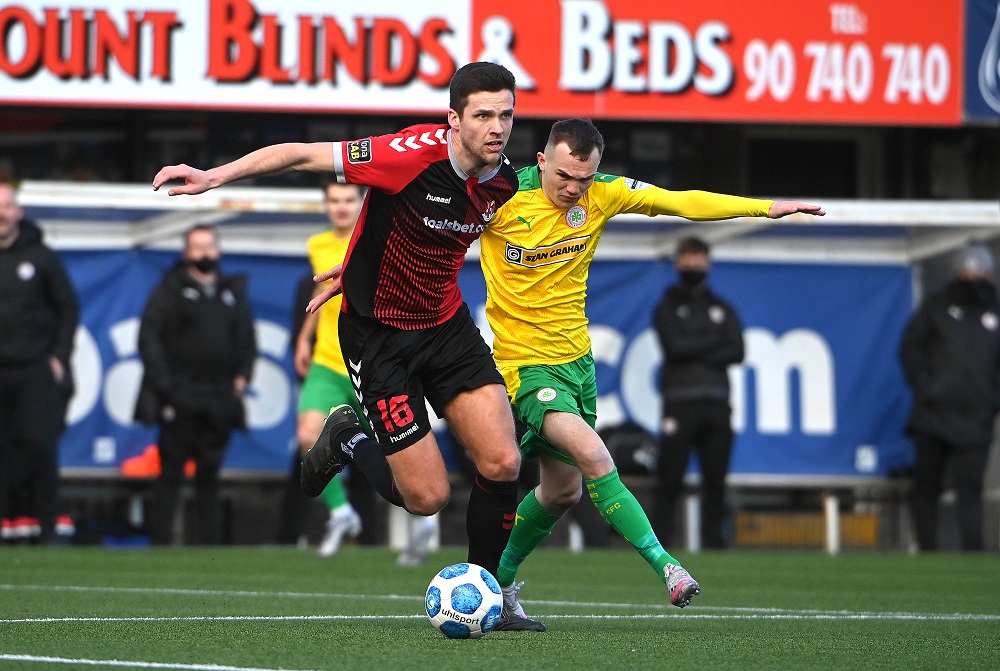 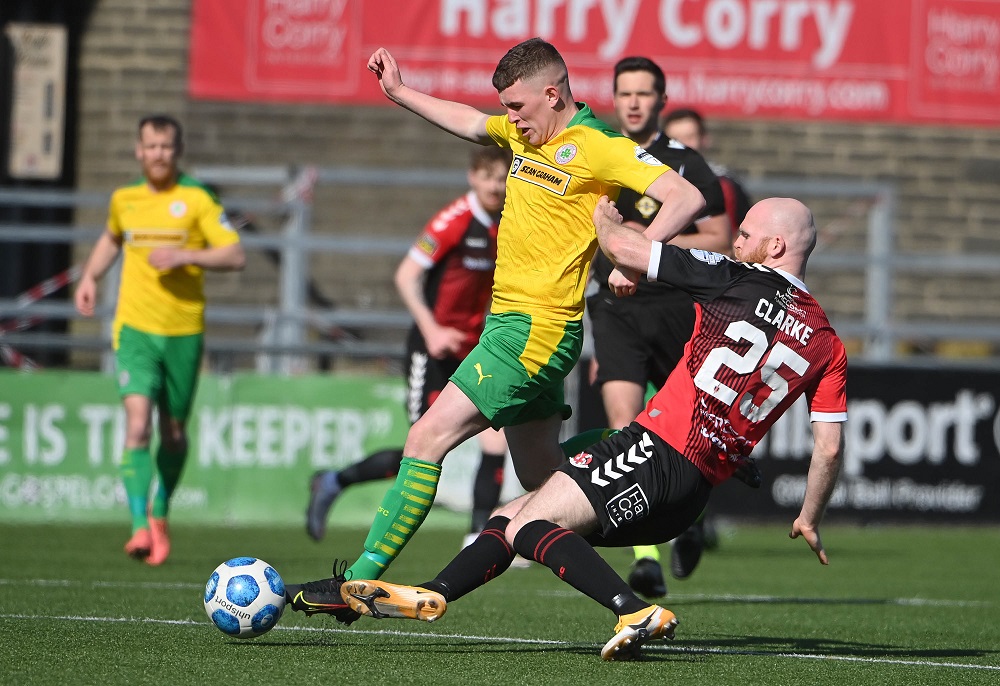 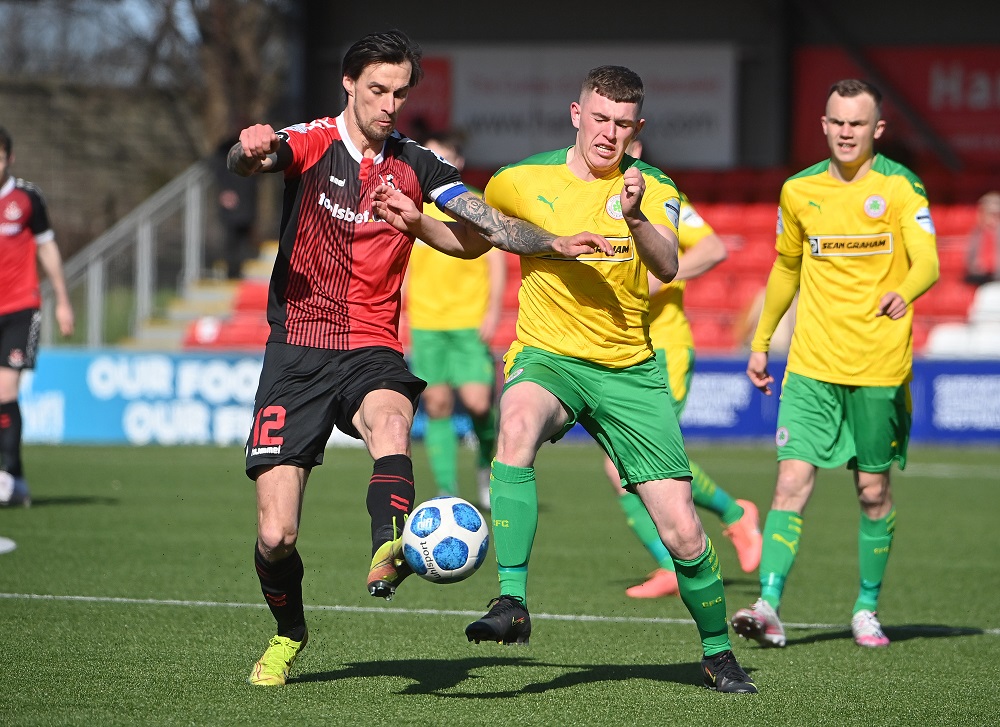 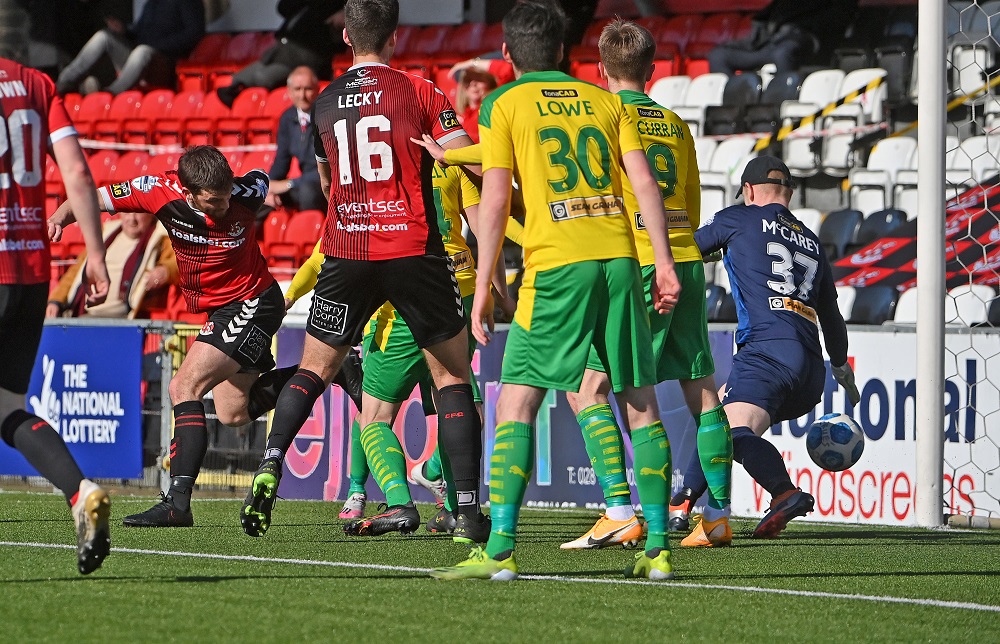