A late equaliser saw leaders Linfield salvage a point from this visit to Inver Park to face Larne.
The home side created all the early running, crafting the first chance with barely 30 seconds on the clock when Martin Donnelly found Ronan Hale but he couldn't beat Chris Johns after two attempts.
Lee Lynch then had a chance a short time later but this was deflected the wrong side of the post.
Larne continued to enjoy possession with Josh Robinson and John Herron having chances before, on the half-hour mark, Ronan Hale opened the scoring with a finish from inside the area after Donnelly had done well to beat a couple of defenders before supplying the telling ball.
Linfield might have levelled moments later after Kirk Millar delivered a low cross for Shayne Lavery but Conor Devlin did well to keep the effort out.
Lynch had another opportunity early in the second half with an angled effort that he dragged just the wrong side of the post before a Donnelly cross was clawed away by Johns.
The Linfield keeper was called into action again to thwart Donnelly once more from a quickly taken free-kick with David McDaid then seeing an effort deflected over.
However, the visitors salvaged a point with five minutes remaining through substitute Andy Waterworth with a near post header after Ross Larkin had knocked on a long ball forward.
Larne came close to snatching a late winner when Fuad Sule sent a strike towards the top corner but Johns responded well to produce a superb save to keep the ball out.
Larne: Devlin, Robinson, Herron, Sule, Hale, Donnelly, Lynch, A. Mitchell, Cosgrove, Hughes, Jarvis subs C. Mitchell (not used), Randall (not used), McDaid (replaced Hale 69), Scott (not used), McKendry (not used), Mottley-Henry (not used), Wade Slater (replaced Lynch 69)
Linfield: Johns, Larkin, Haughey, Callacher, Stewart, Millar, Lavery, Nasseri, Clarke, Fallon, Palmer subs Moore (not used), Stafford (not used), Newberry (not used), Waterworth (replaced Stewart 77), Manzinga (replaced Millar 77), Pepper (not used), Cooper (replaced Nasseri 65) 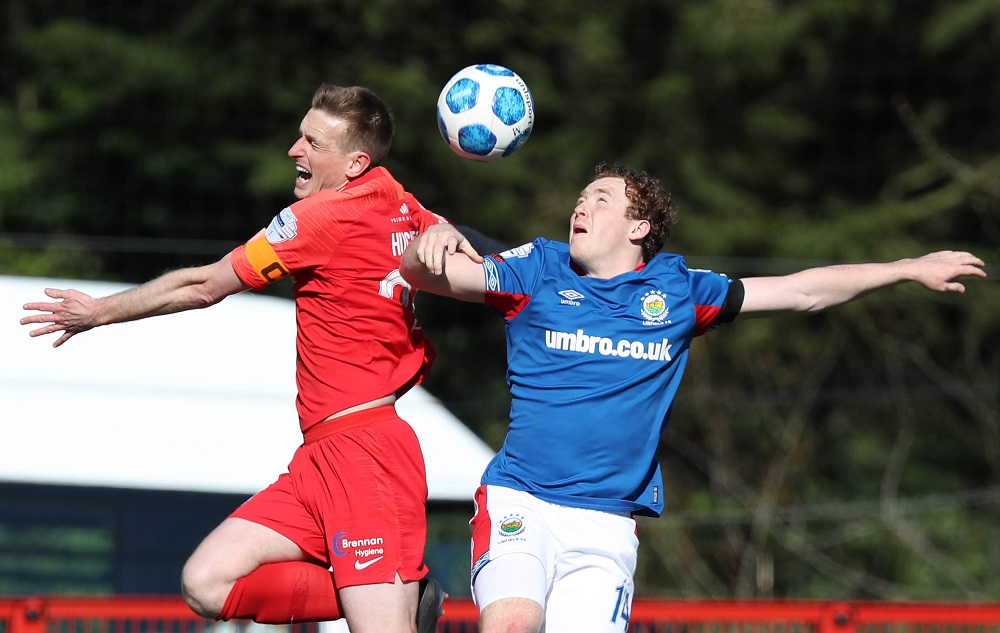 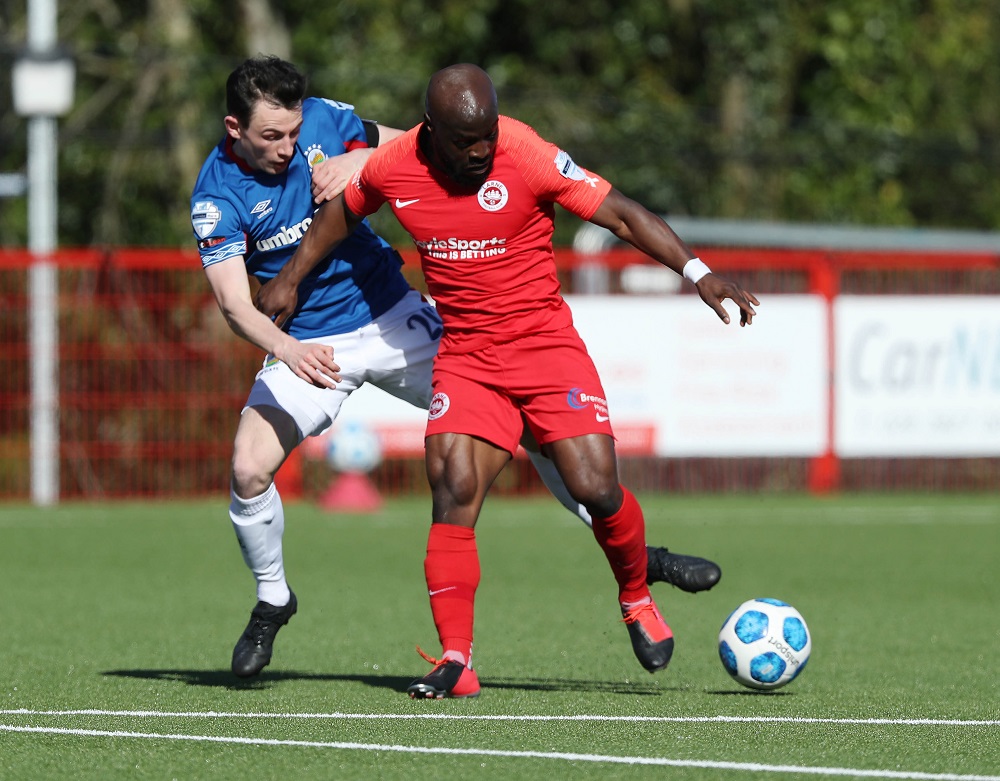 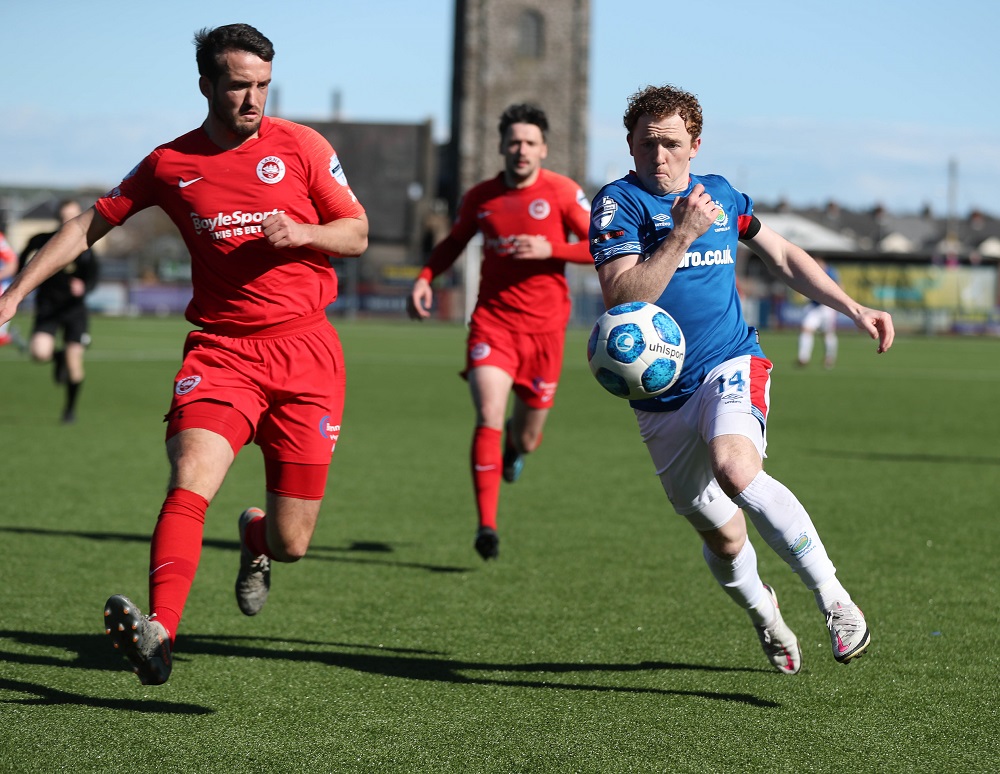 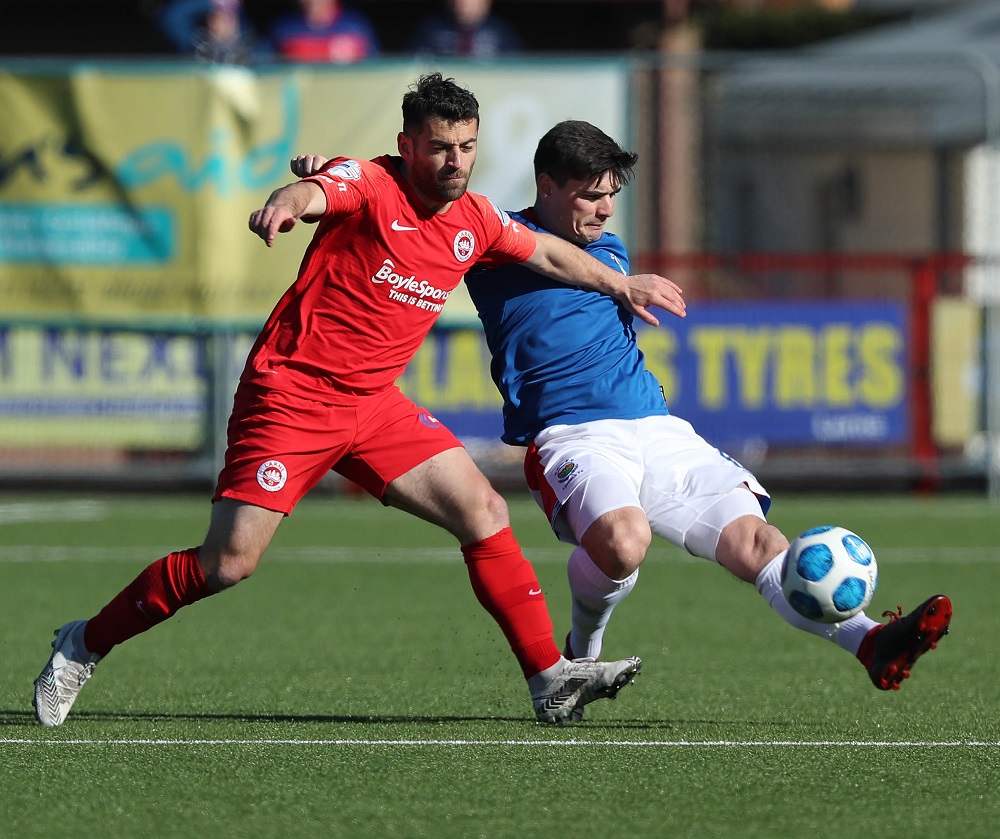 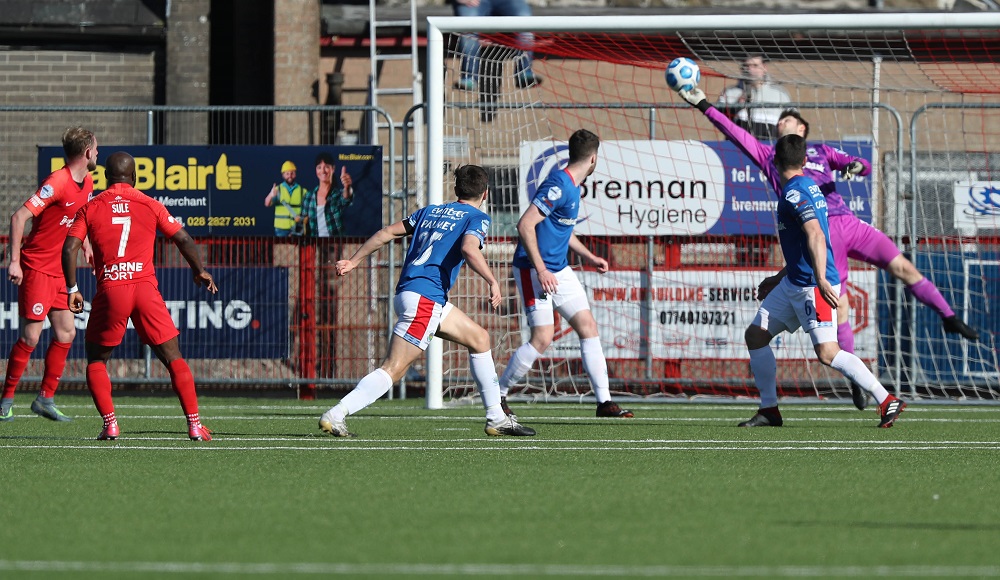 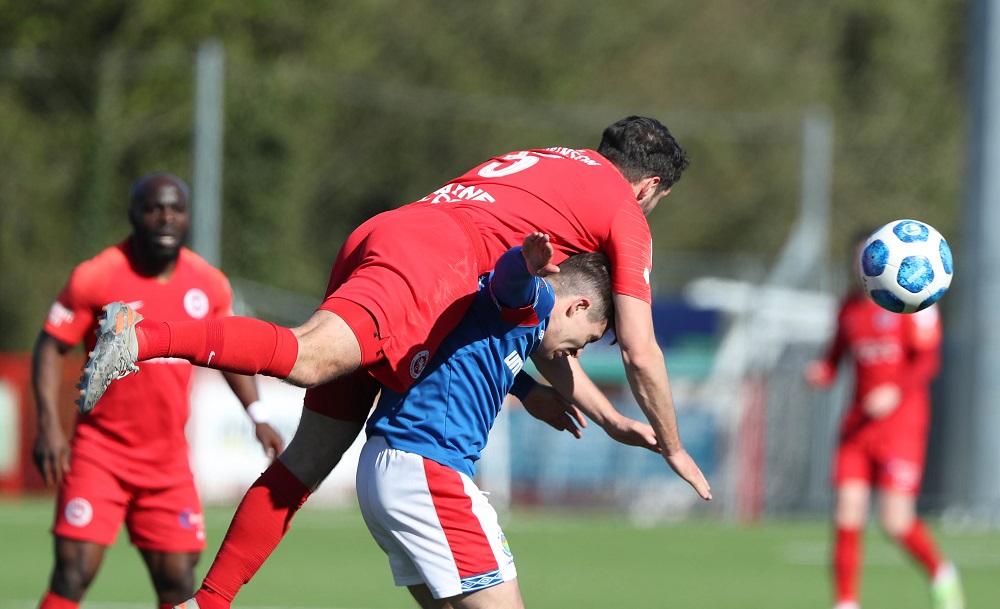