DONNELLY AND O'CONNOR ON TARGET AS GLENS GO SECOND

Glentoran moved into second spot in the table thanks to a two-goal victory over Cliftonville at Solitude.
Scoreless at the break, Cliftonville's Rory Hale had the first effort on five minutes but his snapshot failed to trouble Glentoran keeper Rory Brown before, at the other end, Jay Donnelly saw a header deflected over for a corner.
Then, with just over a quarter-of-an-hour gone, Donnelly was denied when his well struck left-foot shot was blocked by Garry Breen while a later chance went over following a promising period of play.
Hale had a chance for the Reds early in the second half but his low effort was dragged the wrong side of the target.
The deadlock was broken just before the hour. A good move involving Robbie McDaid and Jay Donnelly saw the ball reach Andy Mitchell who, in turn, sent a low effort across the face of goal for Rory Donnelly to touch home.
Jay Donnelly had a chance to make it 2-0 on 78 minutes with a long range drive which sailed just over, and moments later at the other end Joe Crowe was on hand to head clear a Kris Lowe delivery to the back post.
But Glentoran made sure of the points with a couple of minutes remaining through substitute Ciaran O'Connor who pounced on the loose ball after a low Jay Donnelly effort was initially kept out by Aaron McCarey.
Cliftonville: McCarey, Breen, O'Reilly, C. Curran, O'Connor, R. Curran, McCrudden, Donnelly, Bagnall, Hale, Lowe subs Dunne (not used), Foster (not used), Doherty (replaced O'Reilly 46), Casey (not used), Kearns (replaced McCrudden 64), O'Neill (replaced C. Curran 64), Coffey (not used)
Glentoran: Brown, Bigirimana, Gallagher, McDonagh, R. Donnelly, Mitchell, McClean, Crowe, Marron, Marshall, J. Donnelly subs Morris (not used), Gorman (not used), McDaid (replaced McDonagh 56), Stewart (not used), O'Connor (replaced Plum 84), Plum (replaced Mitchell 62), Cowan (not used) 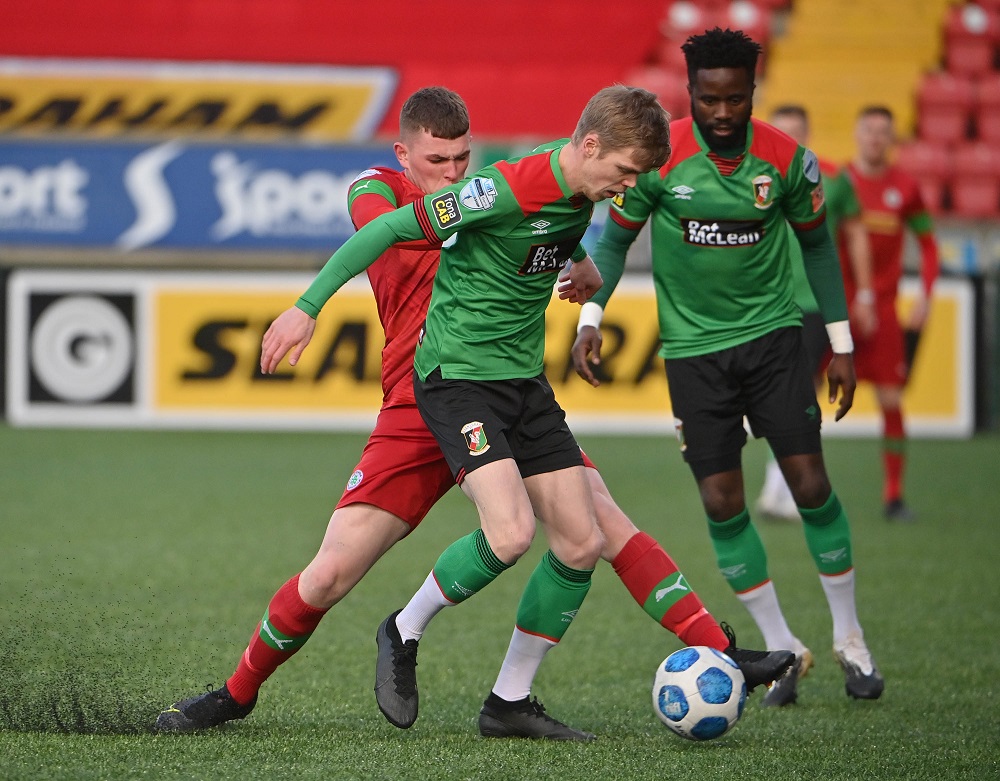 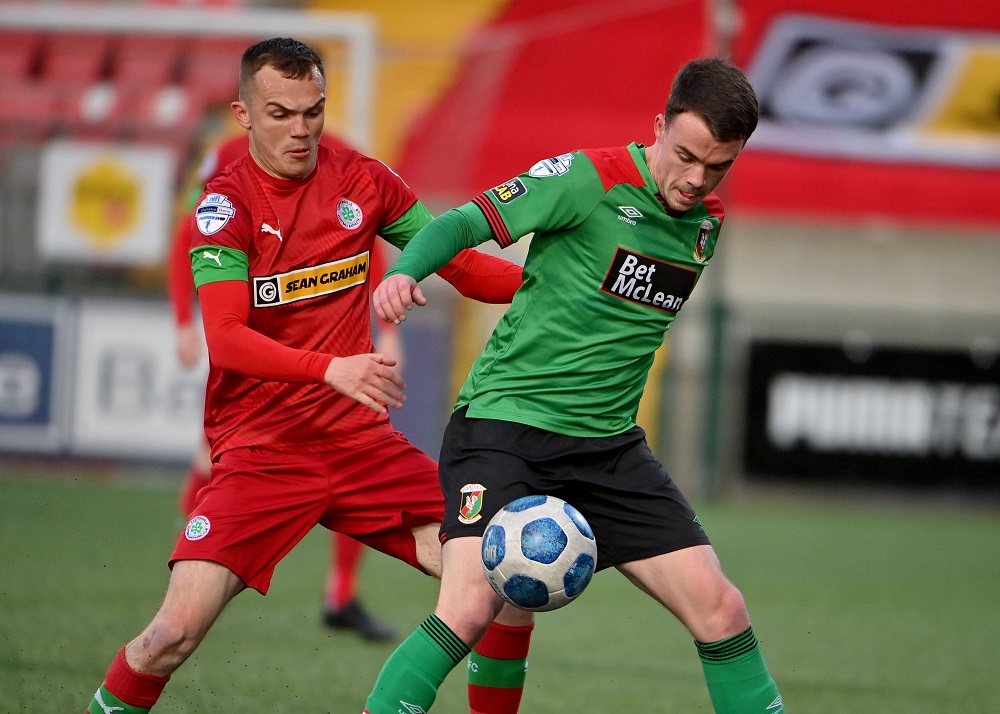 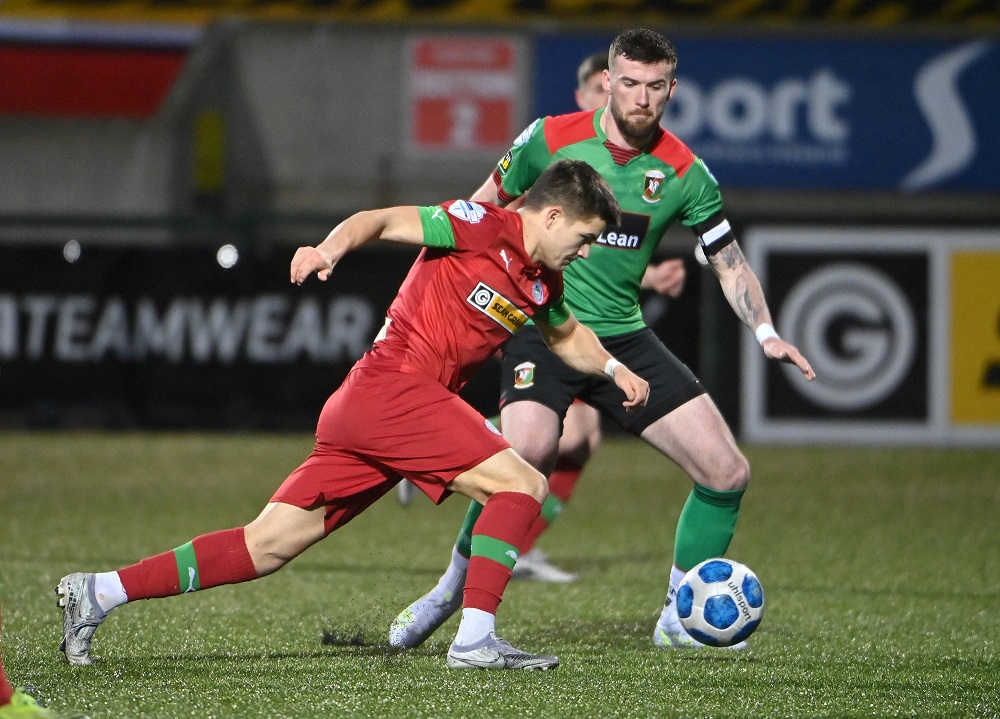 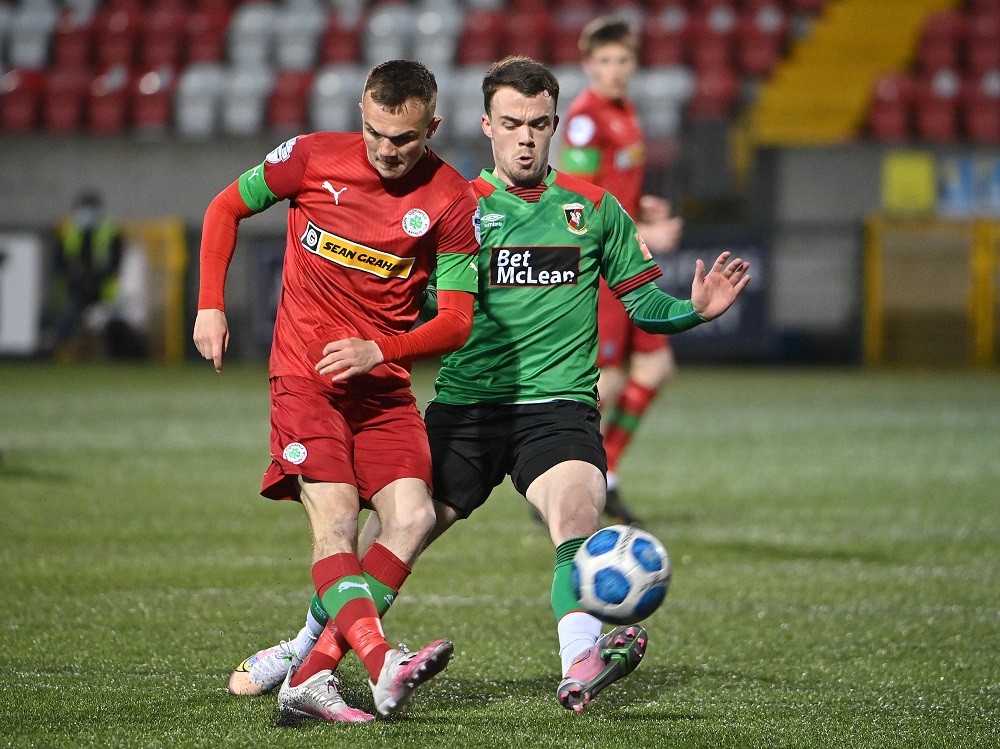 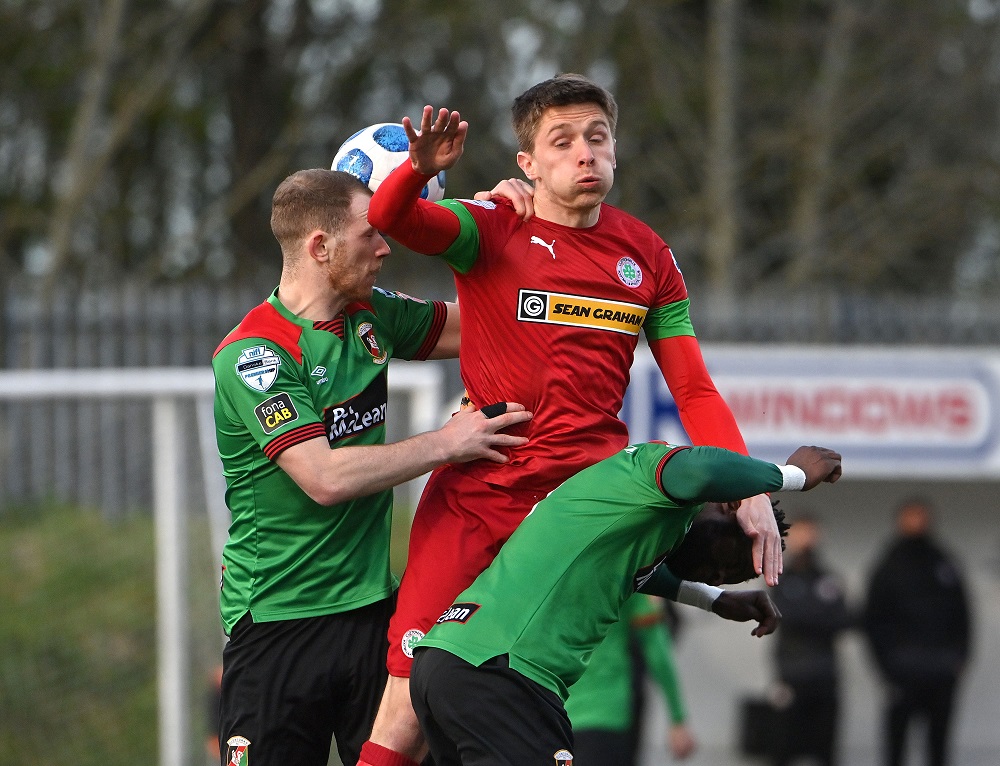 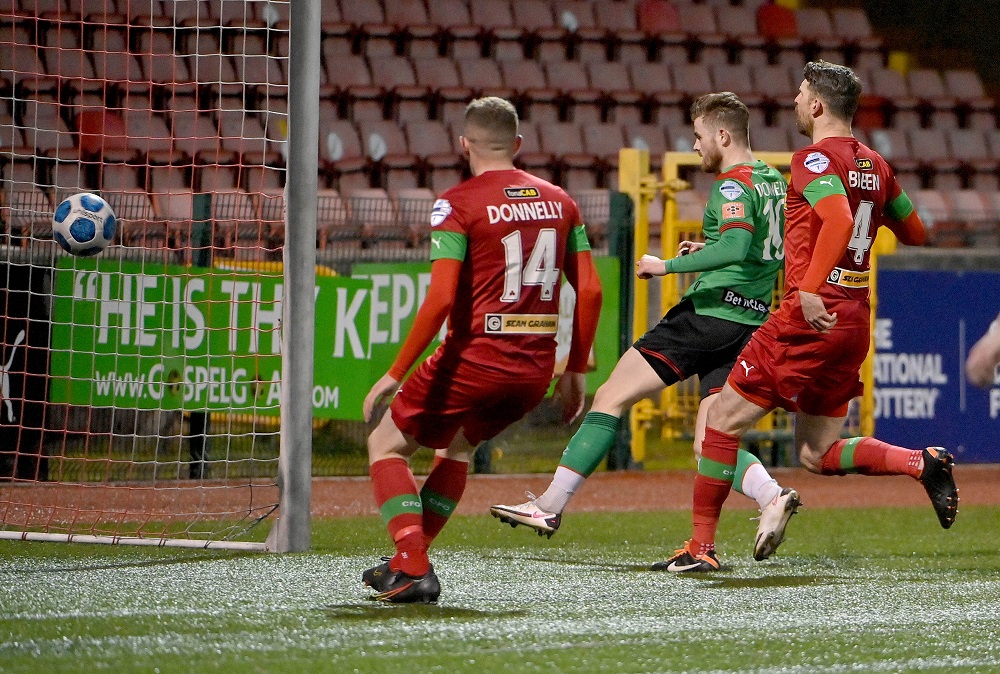