GLENS CLOSE GAP AT THE TOP

Glentoran closed the gap at the top to seven points with victory over Larne in the Friday night game at The Oval.
The Glens needed just nine minutes to move in front when Rhys Marshall sent a fiercely struck right-foot shot past Conor Mitchell after the Larne keeper had blocked Chris Gallagher's initial effort.
Larne levelled on 20 minutes through Mark Randall. David McDaid did well to initiate the move with a run down the left before finding Martin Donnelly who, in turn, laid it off for Tomas Cosgrove.
After bringing the ball to the touchline Cosgrove backheeled it back into the box, John Herron had a shot on goal blocked but the rebound fell for Randall to drill home.
Then, three minutes after that, Cosgrove got his name on the scoresheet after collecting the ball outside the area and finishing well past Rory Brown.
Ciaran O'Connor might have brought Glentoran back into the game early in the second but was thwarted by a Donnelly goalline clearance while, at the other end, David McDaid had a couple of opportunities to extend Larne's lead.
Glentoran equalised with 20 minutes remaining after Jay Donnelly latched onto a long through ball to face down Mitchell one-on-one before finding the net.
Fuad Sule almost restored Larne's lead with a well struck long range drive which Brown did well to tip over.
But, with ten minutes to go, Glentoran's winner arrived when Andy Mitchell sent over a corner which was headed on inside the box before coming off Sule's foot and into his own net.
Glentoran: Brown, Kane, McCullough, Bigirimana, Gallagher, R. Donnelly, McDaid, McClean, Marron, Marshall, J. Donnelly subs Morris (not used), McDonagh (not used), Gorman (replaced McDaid 82), Mitchell (replaced Gallagher 61), Stewart (not used), O'Connor (replaced Marron 29), Crowe (not used)
Larne: C. Mitchell, Watson, Herron, Sule, Randall, McDaid, Donnelly, McKendry, Cosgrove, Hughes, Jarvis subs Hale (not used), Scott (not used), Lynch (not used), A. Mitchell (replaced Randall 46), Mottley-Henry (replaced Donnelly 82), Wade Slater (replaced McKendry 61), D'Sena (not used) 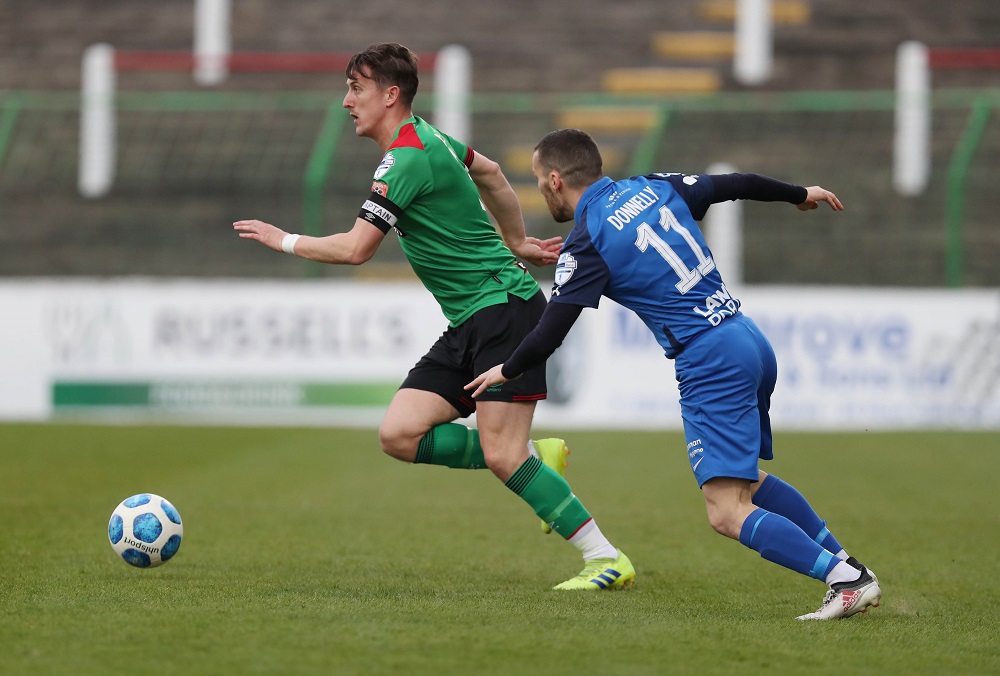 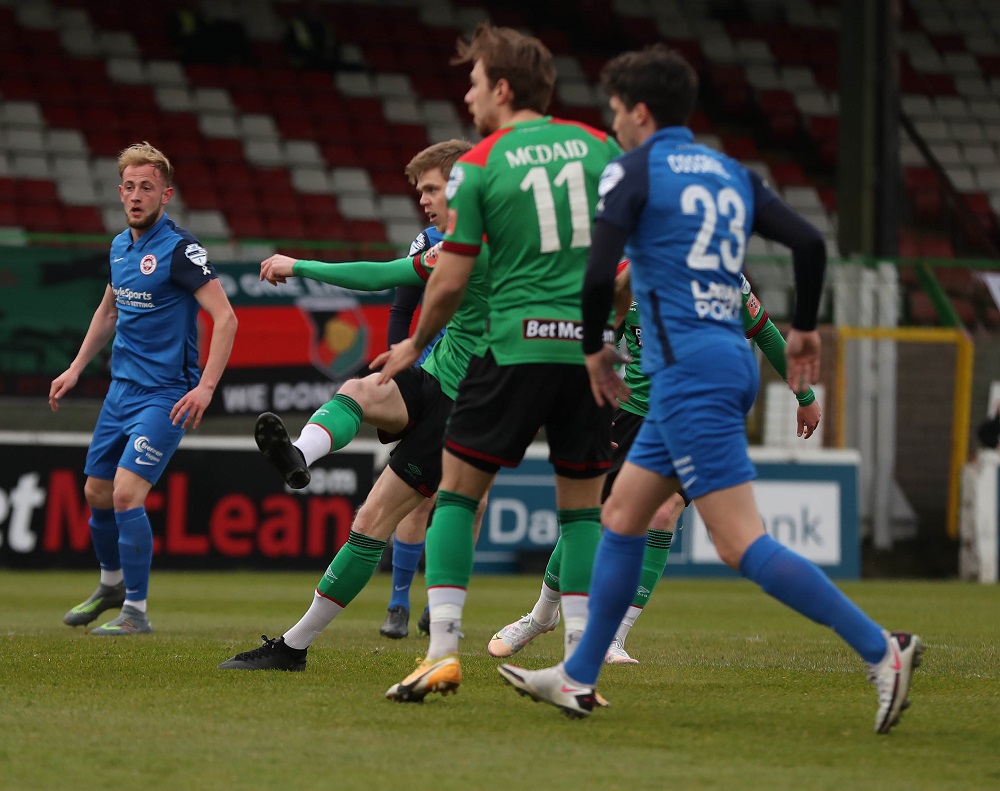 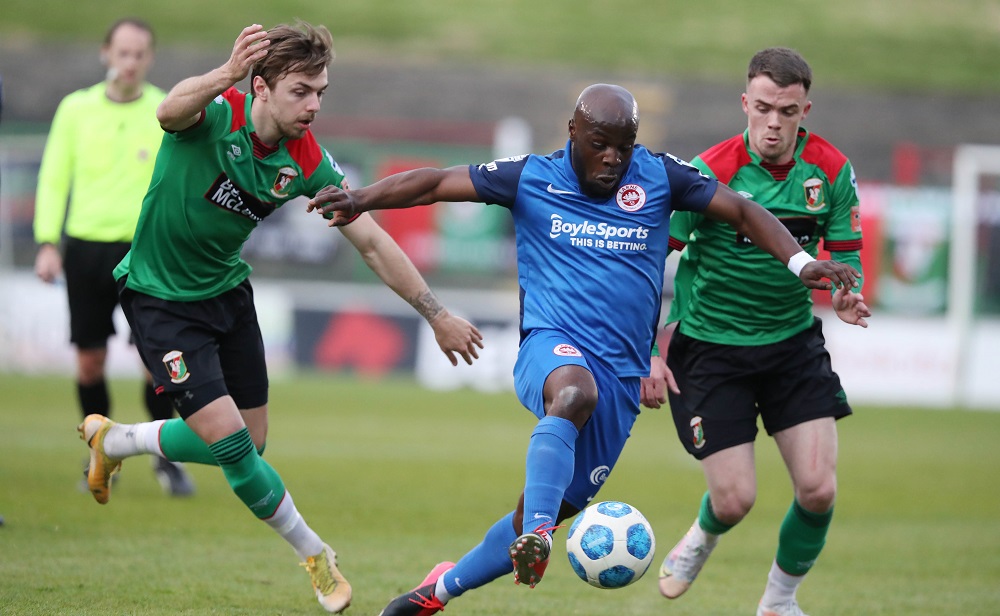 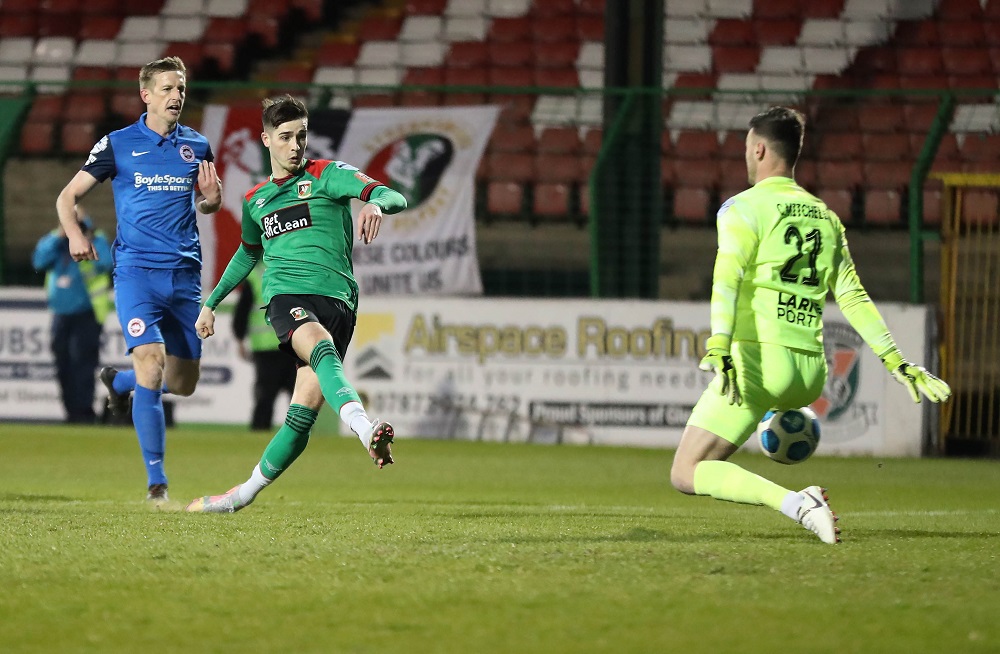 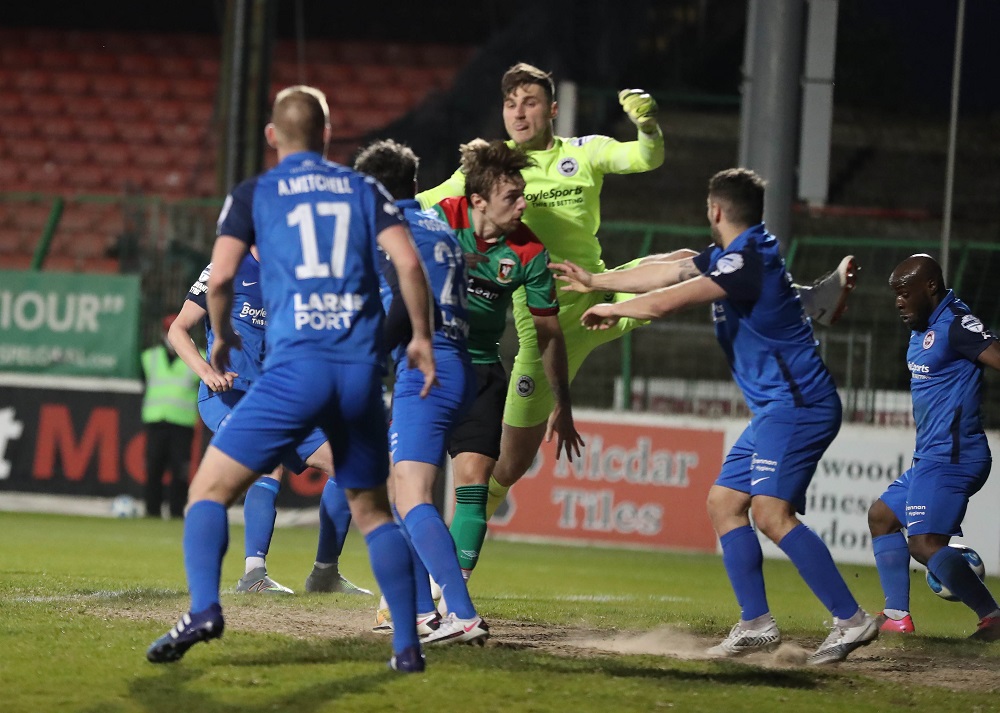 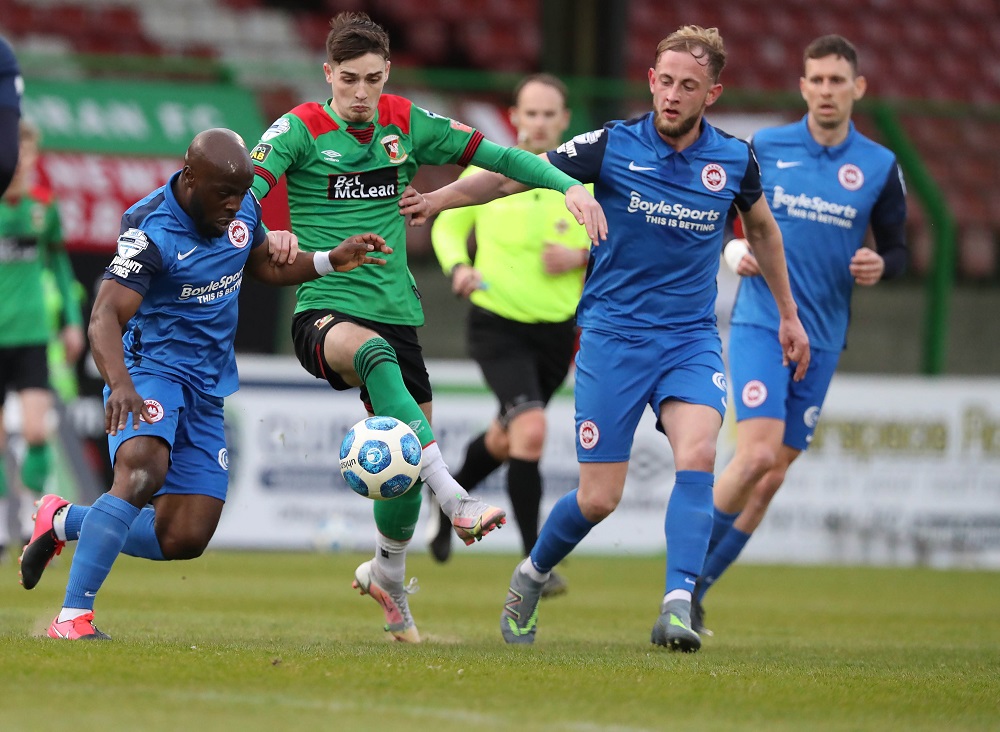