Two goals either side of the break handed Coleraine the local bragging rights from this visit to derby rivals Ballymena United.
A cagey start to the game produced few chances although Josh Kelly did test Martin Gallagher with a first time effort from the edge of the box while Eoin Bradley nodded an Aaron Traynor cross wide.
As the first half progressed Coleraine created more opportunities with Ben Doherty's cross just failing to connected with Matthew Shevlin at the back post followed by Bradley and Shevlin both being denied by keeper Jordan Williamson.
The deadlock was broken in Coleraine's favour with four minutes of the first half remaining when Stephen Lowry combined with Traynor for the latter to fire past Williamson at the second attempt.
The Bannsiders got off to a great start after the break, doubling their lead on 47 minutes after Bradley held the ball up for Stephen Lowry to finish into the corner.
Josh Kelly might have pulled one back for Ballymena just after the hour but his powerful effort fell just a couple of inches wide while, for Coleraine, Bradley's free-kick looked destined for the net only to take a deflection and come back off an upright.
Trai Hume had a chance on 68 minutes but he could only head wide after being unmarked from a corner just before Leroy Millar tested Gallagher.
Ross Redman then twice struck the woodwork before, on 79 minutes, he eventually found the net with a guided header from Shay McCartan's cross.
Both sides had late chances - McLaughlin firing wide and McCartan testing Gallagher from distance - but the visitors held on to claim the points.
Ballymena United: Williamson, Redman, Addis, McKeown, McElroy, McCartan, Hume, Ervin, Kelly, Graham, Wylie subs Harpur (not used), Knowles (not used), Waide (not used), McGrory (replaced McKeown 55), Balmer (not used), Millar (replaced Graham 55), McCready (replaced Wylie 55)
Coleraine: Gallagher, Kane, Canning, Doherty, Lowry, Bradley, Carson, O'Donnell, Glackin, Traynor, Shevlin subs Henderson (not used), Mullan (not used), Jarvis (replaced Shevlin 69), McLaughlin (replaced Glackin 81), Wilson (not used), Tweed (not used), Allen (not used) 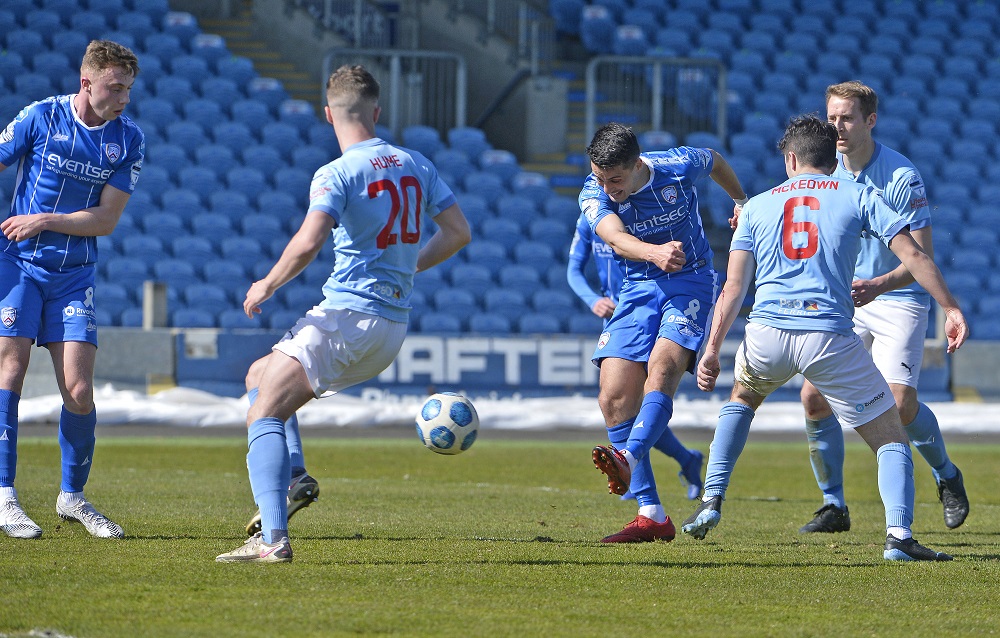 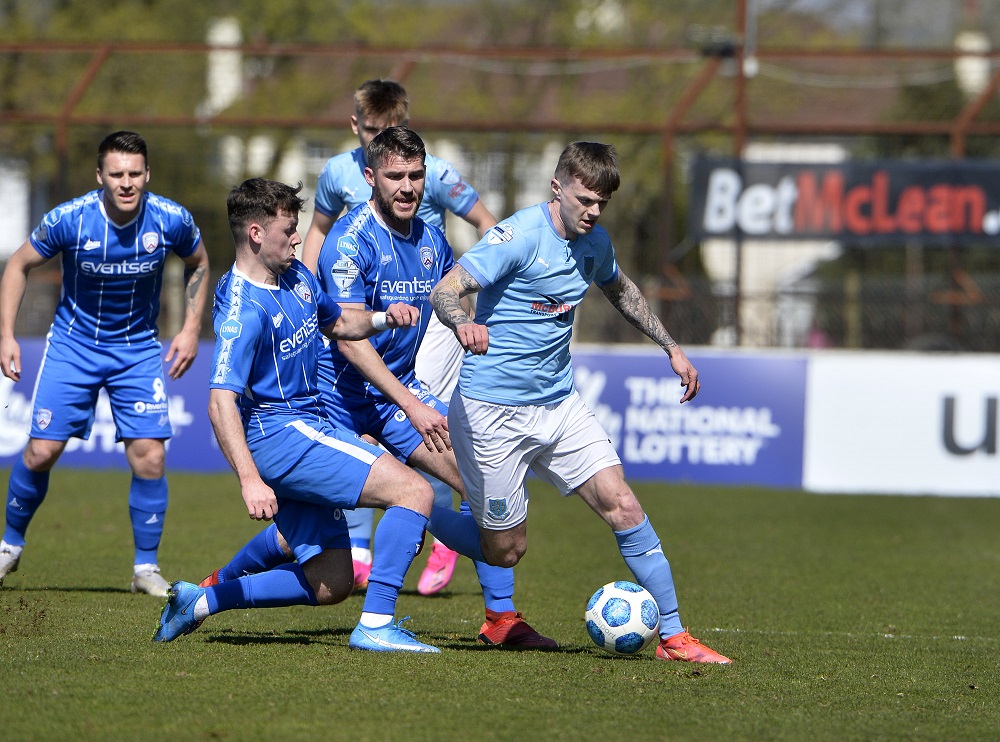 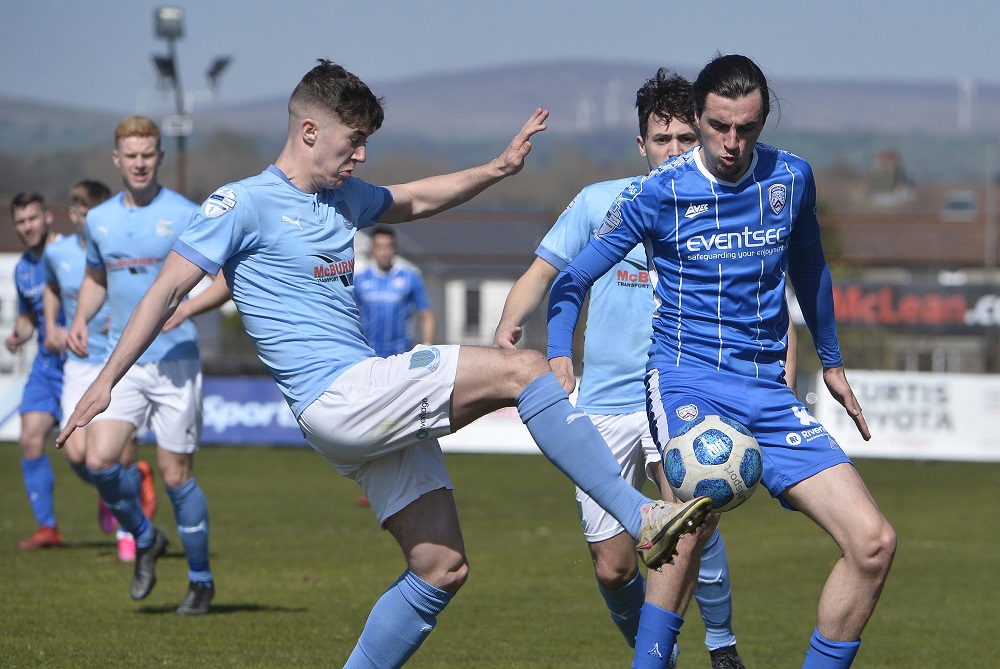 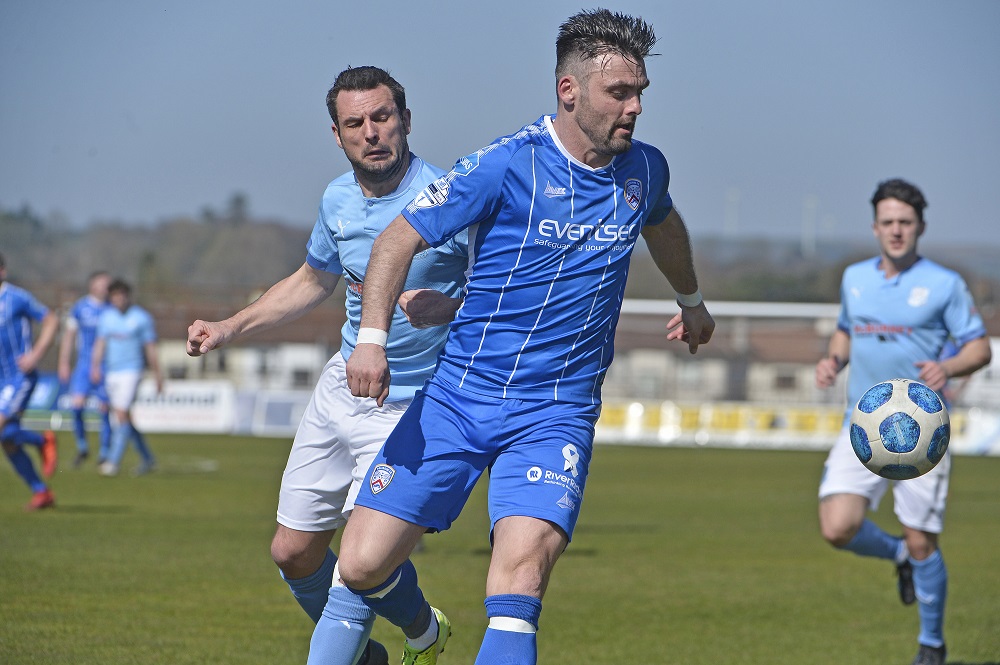 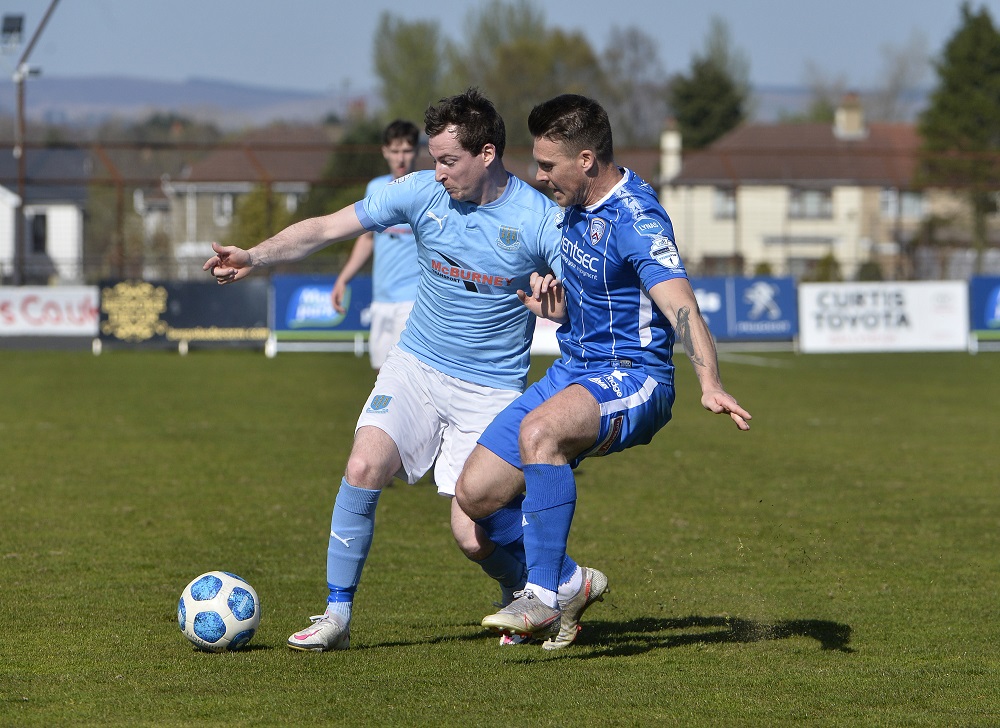 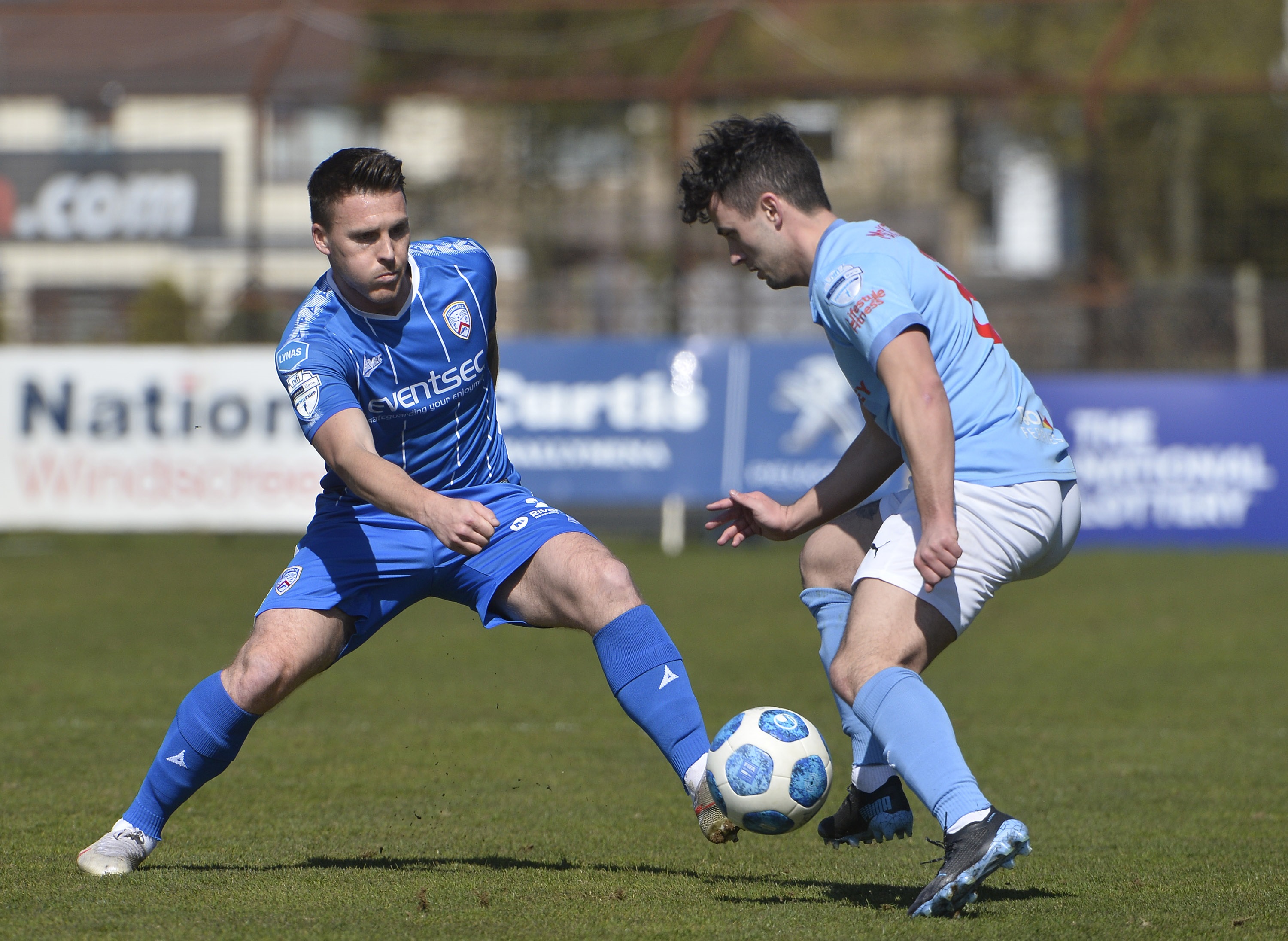