Larne came from behind to record a 3-1 win over Crusaders at Seaview.
The Crues had an early chance to grab the advatange when Billy Joe Burns failed to get a proper connection to the ball six yards from goal while, soon after, Paul Heatley fired across the face of goal and just wide.
Jamie McGonigle then came close with a header from Ben Kennedy's cross but his effort was directed straight at Conor Mitchell before later sending a volley the wrong side of the upright.
But Crusaders did move in front on the stroke of half-time when Kennedy's dipping shot was only parried by Mitchell as far as Ross Clarke who promptly returned it low into the net from ten yards.
Heatley had another opportunity early in the second half but Mitchell did well to get down to block the effort.
Larne levelled just after the hour through substitute Johnny McMurray after he was teed up by Jeff Hughes to drill the ball between Sean O'Neill's legs.
Then, seven minutes later, the visitors took the lead courtesy of Ronan Hale's curling ten yard finish from John Herron's pass.
And, ten minutes after that, it was 3-1 when another substitute, Dylan Mottley-Henry, headed over the onrushing O'Neill - a pivotal point in the game coming just after Mitchell had pulled off a double save to thwart Heatley and Jordan Owens.
Crusaders: O'Neill, Burns, Kennedy, McGonigle, Caddell, Forsythe, O'Rourke, Thompson, Heatley, R. Clarke, Larmour subs Tuffey (not used), Lowry (not used), Cushley (replaced Clarke 86), Lecky (replaced Thompson 73), Ruddy (not used), Owens (replaced McGonigle 73), A. Clarke (not used)
Larne: C. Mitchell, Watson, Herron, Sule, Hale, McDaid, Donnelly, A. Mitchell, Cosgrove, Hughes, Jarvis subs Robinson (replaced Hale 75), Scott (not used), McKendry (not used), Mottley-Henry (replaced McDaid 69), Wade Slater (not used), D'Sena (not used), McMurray (replaced A. Mitchell 55) 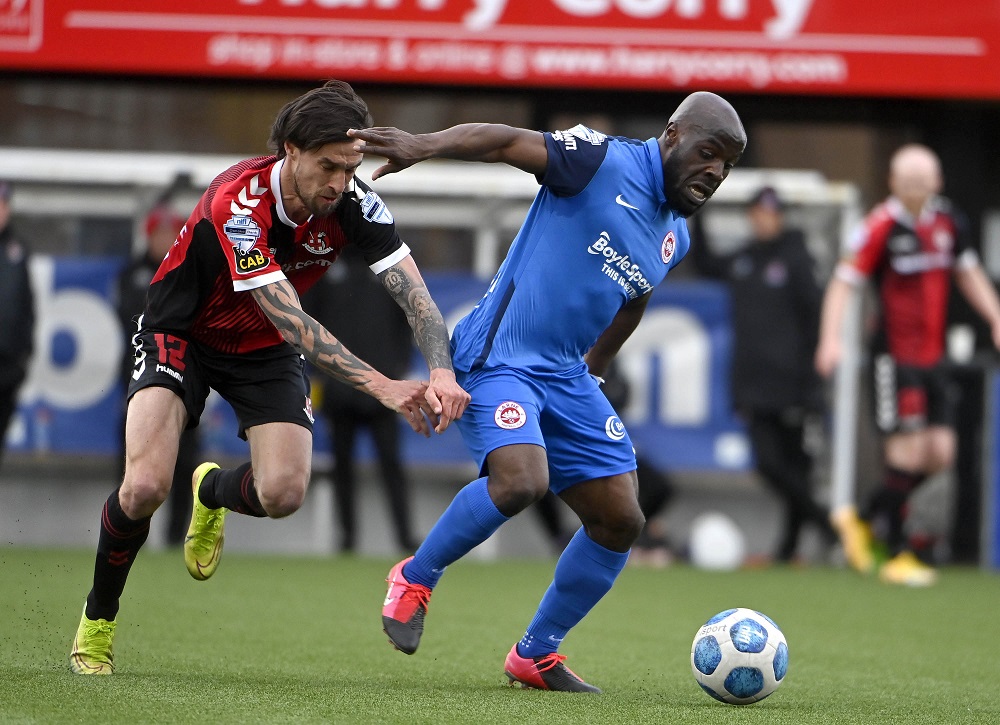 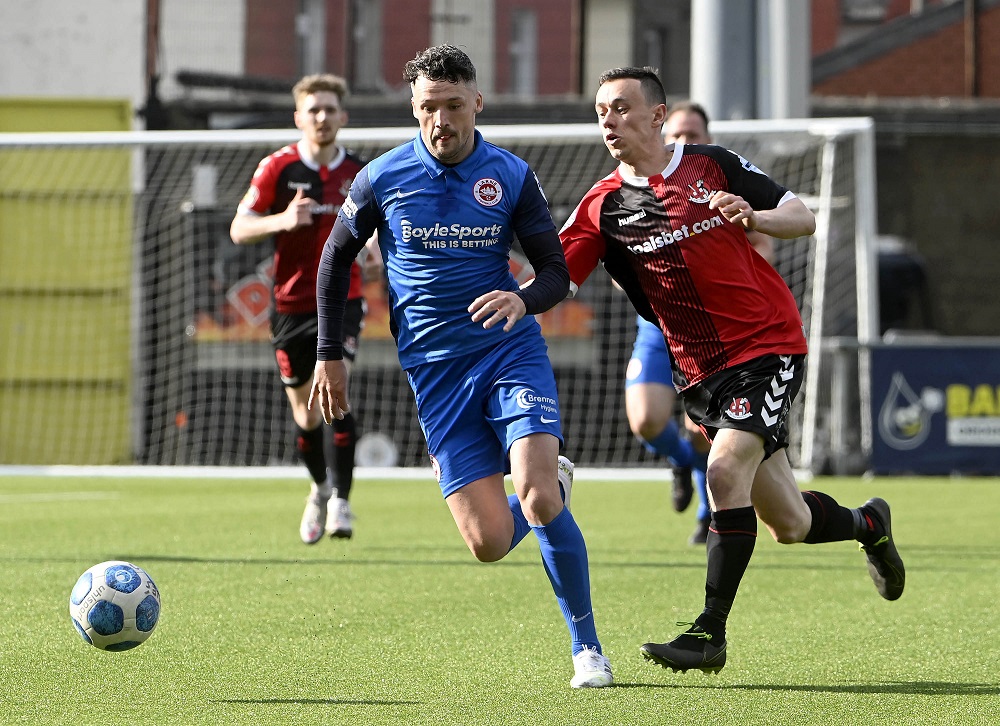 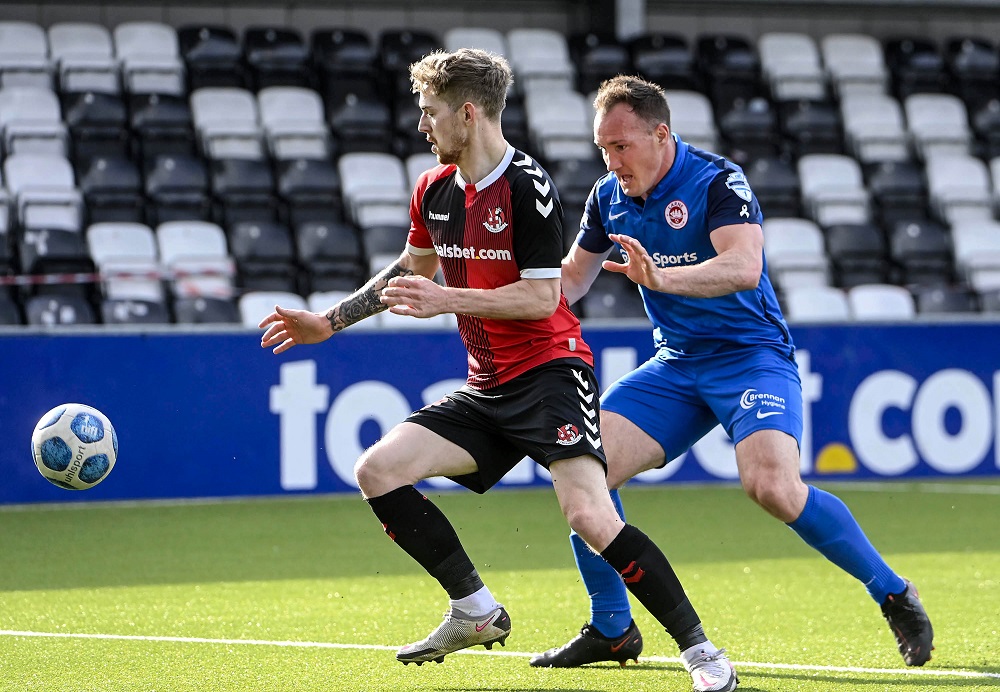 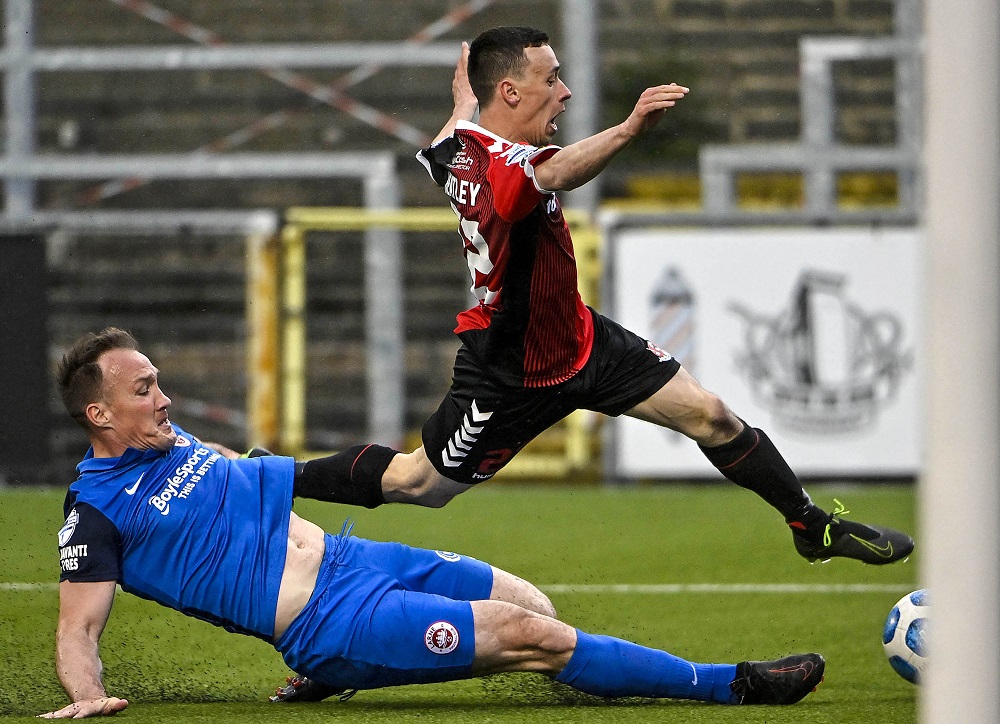 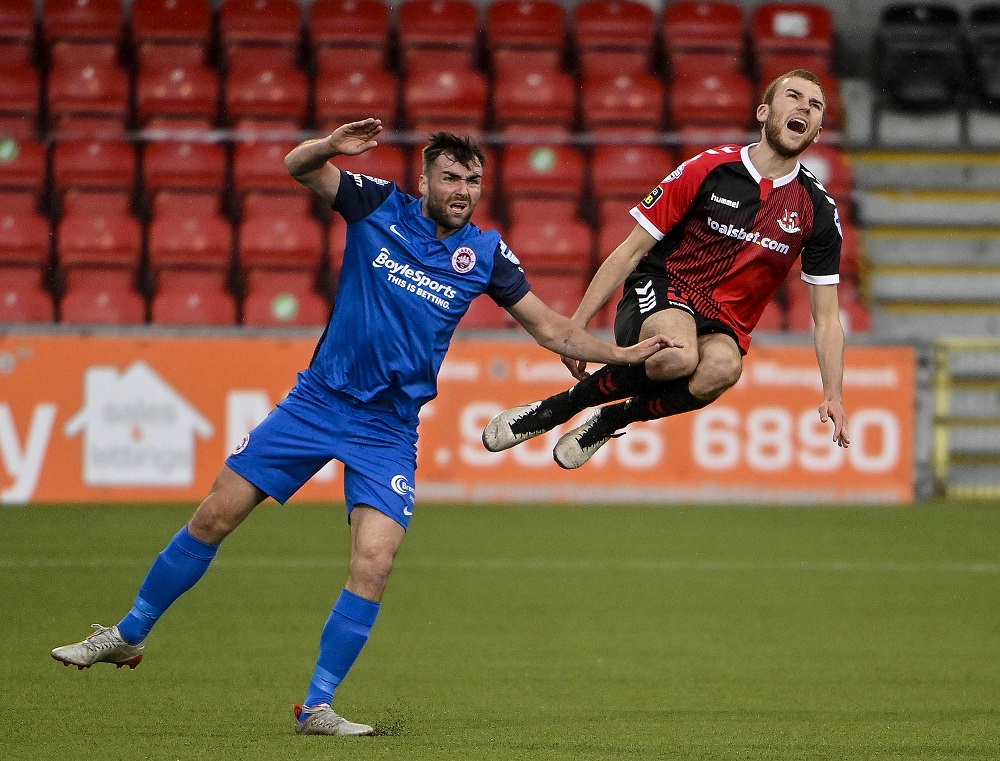 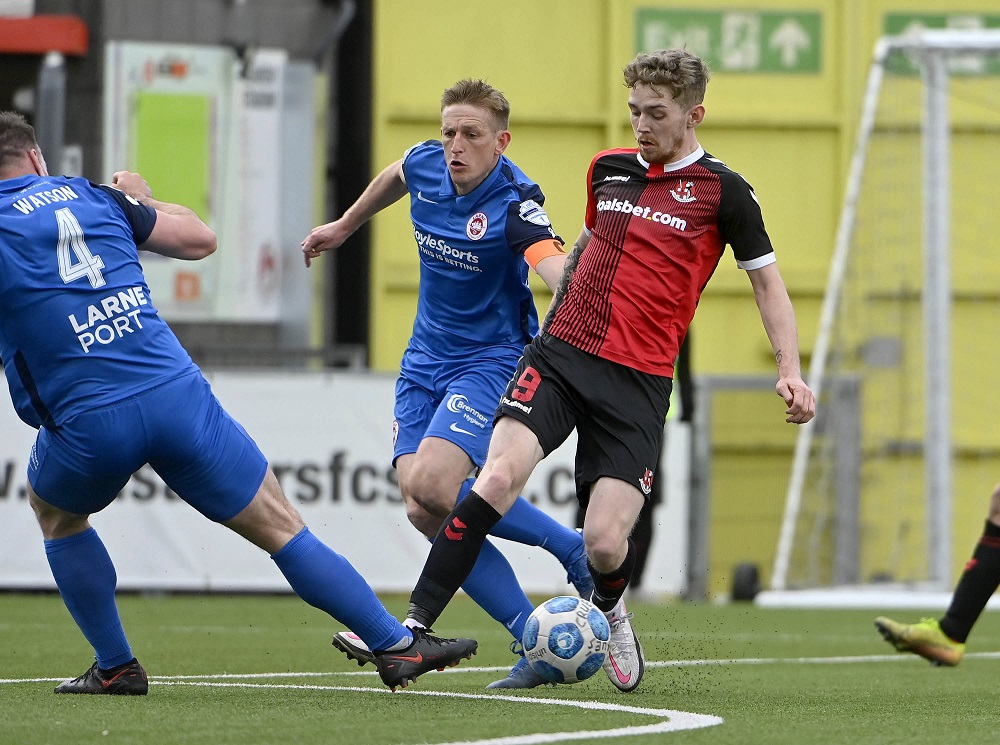