HALE AND McCRUDDEN ON TARGET FOR REDS

Two second half goals helped Cliftonville to victory over Glentoran at The Oval.
The sides traded chances during the opening quarter-of-an-hour. Daire O'Connor had an early shot straight at Rory Brown while Conor McMenamin had a goalbound effort blocked by Liam Bagnall.
Kris Lowe was then denied by Brown from a Michael McCrudden before, at the other end, Patrick McClean saw a header deflect off Lowe before being gathered by Aaron McCarey.
After a bit of a lull midway through the half the tempo increased again towards the break with McCarey doing well to tip a Dale Gorman effort over before the Reds keeper was called into action again to save from Rory Donnelly at the near post.
Cliftonville had a couple of chances early in the second half, with O'Connor firing over after getting past Luke McCullough while McCrudden curled an effort wide a few minutes later.
But the Reds did find a way through just after the hour. The ball reached Rory Hale on the edge of the area to which he responded with a strong finish into the top corner in off the crossbar.
Glentoran almost levelled moments later after Rhys Marshall played McMenamin through but he could only fire over from close range.
Ryan Curran thought he had doubled Cliftonville's lead on 83 minutes but his 'goal' was ruled out offside.
However, Cliftonville's second did arrive moments after that courtesy of McCrudden's close range finished after O'Connor had squared the ball into his path.
Glentoran: Brown, McCullough, Bigirimana, Gorman, R. Donnelly, Mitchell, McClean, McMenamin, Marron, Marshall, J. Donnelly subs Morris (not used), Gallagher (not used), McDonagh (replaced Bigirimana 82), Clucas (not used), O'Connor (replaced Mitchell 58), Crowe (not used), Cowan (not used)
Cliftonville: McCarey, Ives, Breen, Harney, C. Curran, O'Connor, McCrudden, Donnelly, Bagnall, Hale, Lowe subs Dunne (not used), R. Curran (replaced Ives 72), Foster (replaced Bagnall 46), Doherty (replaced Breen 59), Kearns (not used), O'Neill (not used), Coffey (not used) 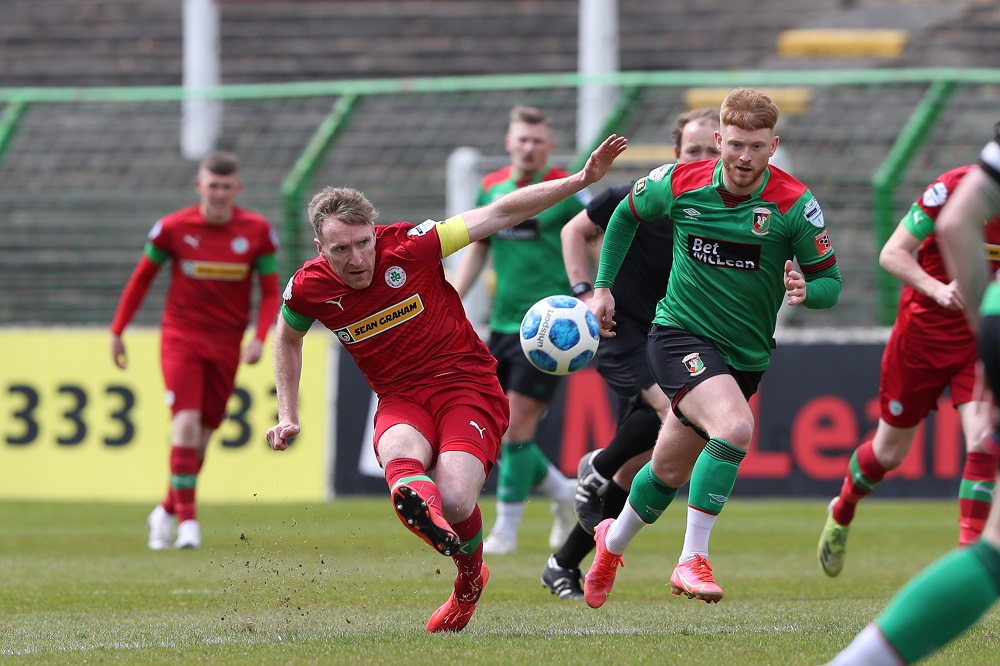 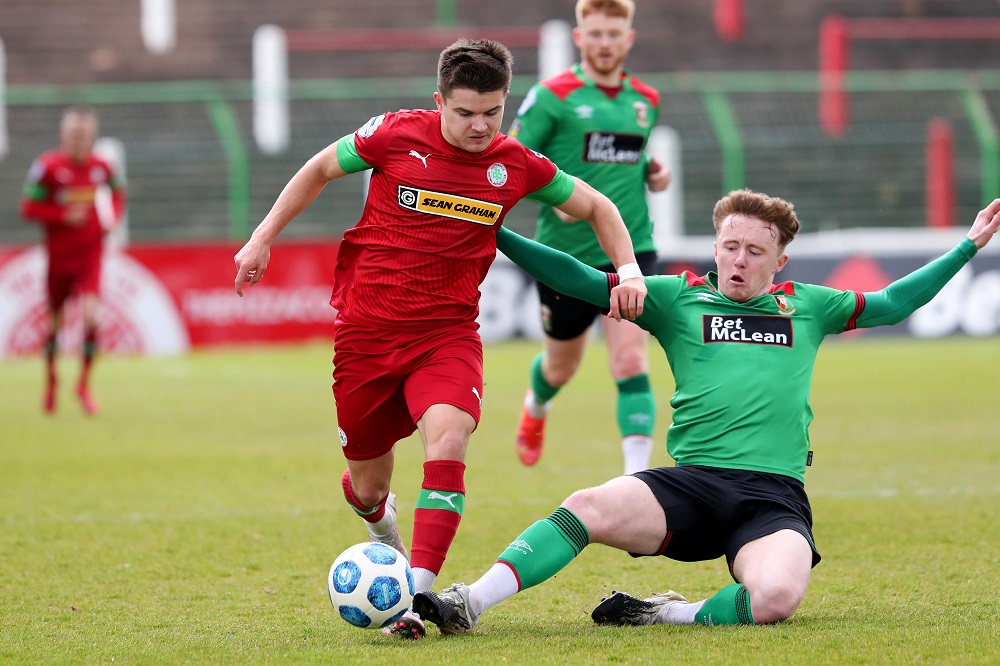 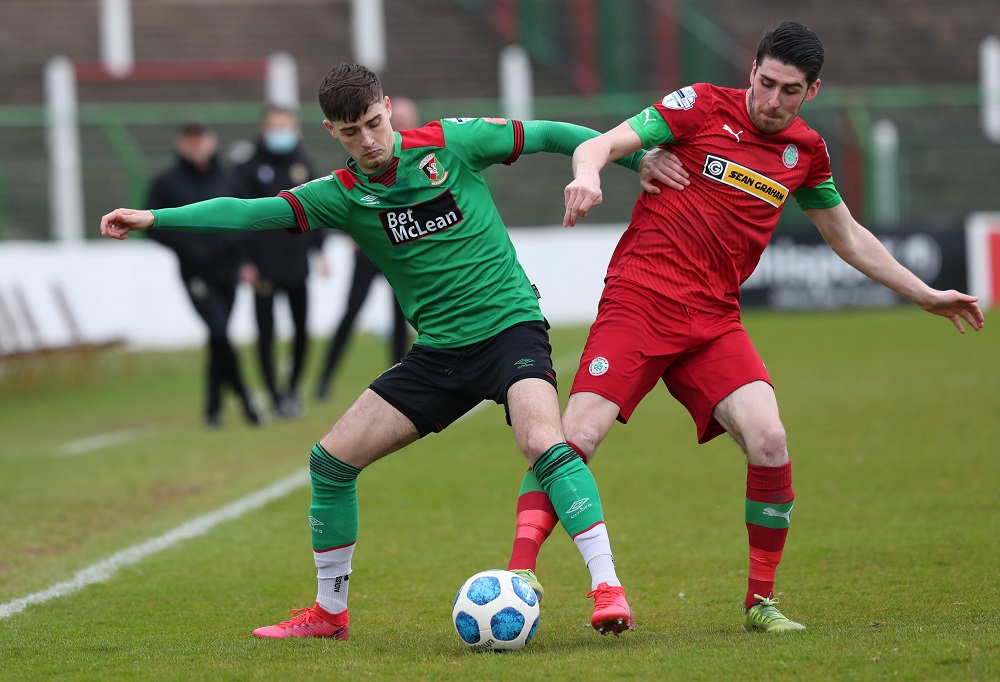 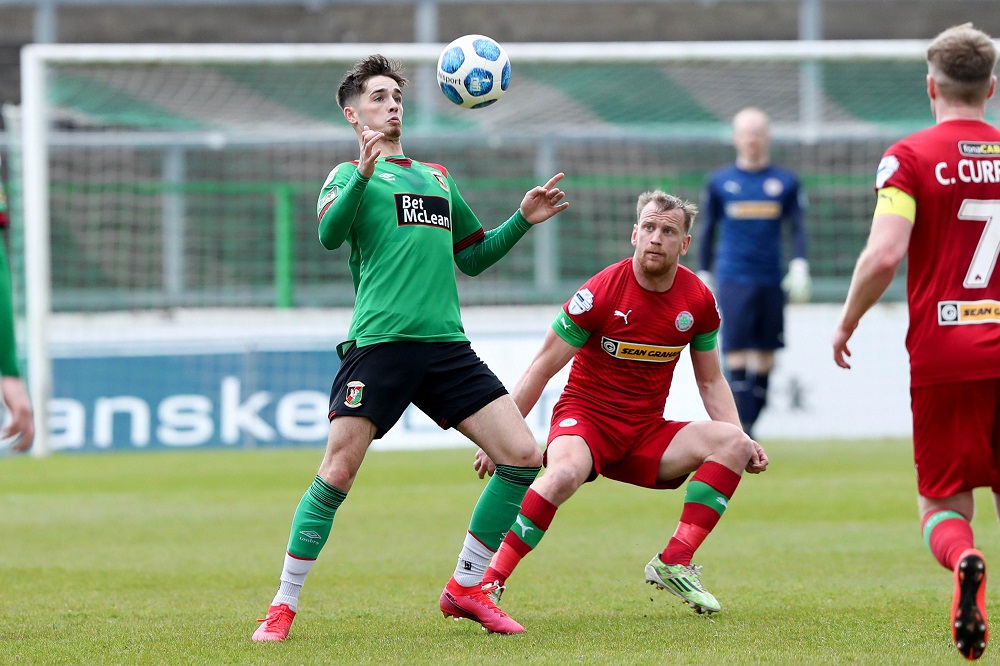 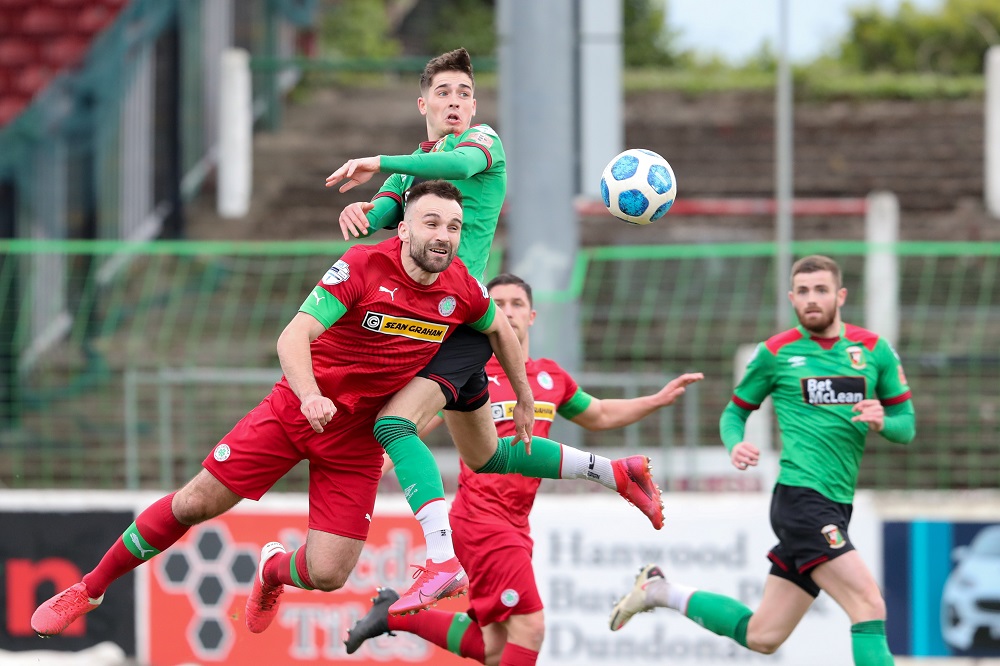 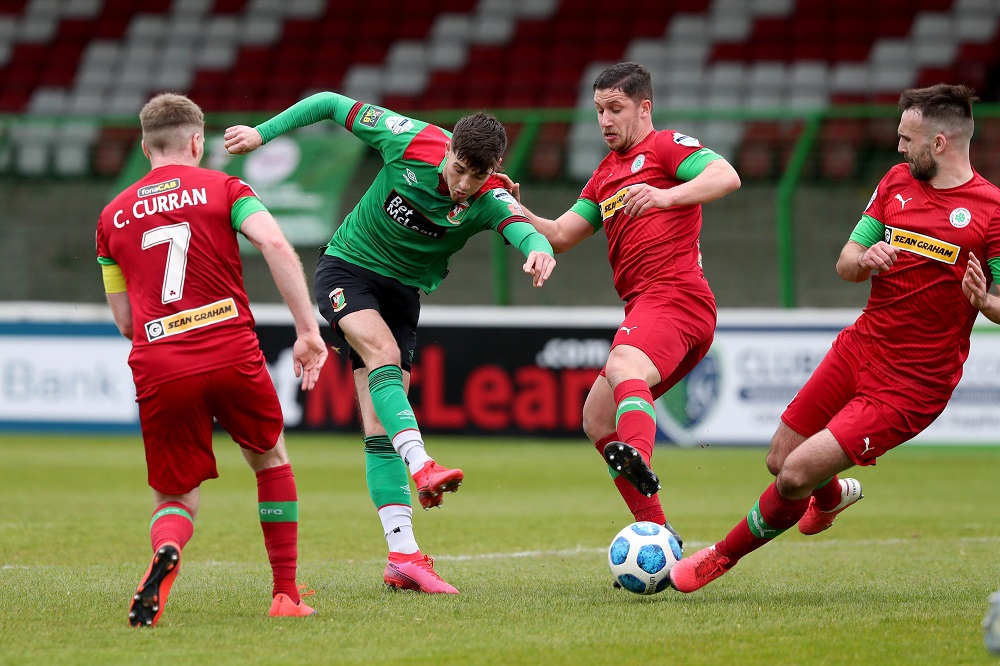