There was late drama at Windsor Park as Larne defeated Linfield to throw new light on a title race that many thought would have been settled at the conclusion of today's games.
Larne's Mark Randall created perhaps the first noteworthy chance of the game when, with just under a quarter-of-an-hour on the clock, he forced Chris Johns into a good save to push his 20-yard effort around the post.
The first half was a largely uneventful affair with chances at a premium, although there was a lot flurry for Linfield when Niall Quinn played Shayne Lavery behind the visiting defence only for the Northern Ireland international to fire over from inside the box.
Kirk Millar had a chance for the Blues early in the second half after cutting in from the left to test Conor Mitchell from 20 yards, and this was followed soon after by another Mitchell stop to deny Shayne Lavery from close range after Joel Cooper had supplied the cross.
However, the deadlock was broken in Larne's favour just before the hour when Randall sent in a superb half volley which from outside the box with Ronan Hale on hand to tuck home the rebound after Johns had initially saved.
Pressing for the equaliser, Linfield came close when Lavery found himself through one-on-one but Mitchell again came to Larne's rescue with an important stop.
The Blues looked to have secured a point with four minutes remaining when Quinn sent a low effort past Mitchell into the bottom right corner.
But, right at the end of normal time, Josh Robinson dramatically bagged Larne's winner with a scrambled, poked finish from close range to keep the title race very much alive.
Linfield: Johns, Stafford, Haughey, Callacher, Stewart, Millar, Lavery, Fallon, Mulgrew, Quinn, Cooper subs Moore (not used), Newberry (not used), Waterworth (replaced Stewart 70), Manzinga (replaced Cooper 79), Nasseri (replaced Millar 79), Clarke (not used), Pepper (not used)
Larne: C. Mitchell, Watson, Robinson, Herron, Sule, Randall, Hale, Mottley-Henry, Cosgrove, Hughes, Jarvis subs McDaid (replaced Hale 65), Donnelly (not used), Scott (not used), Lynch (replaced Randall 76), A. Mitchell (not used), Wade Slater (not used), McMurray (replaced Mottley-Henry 24) 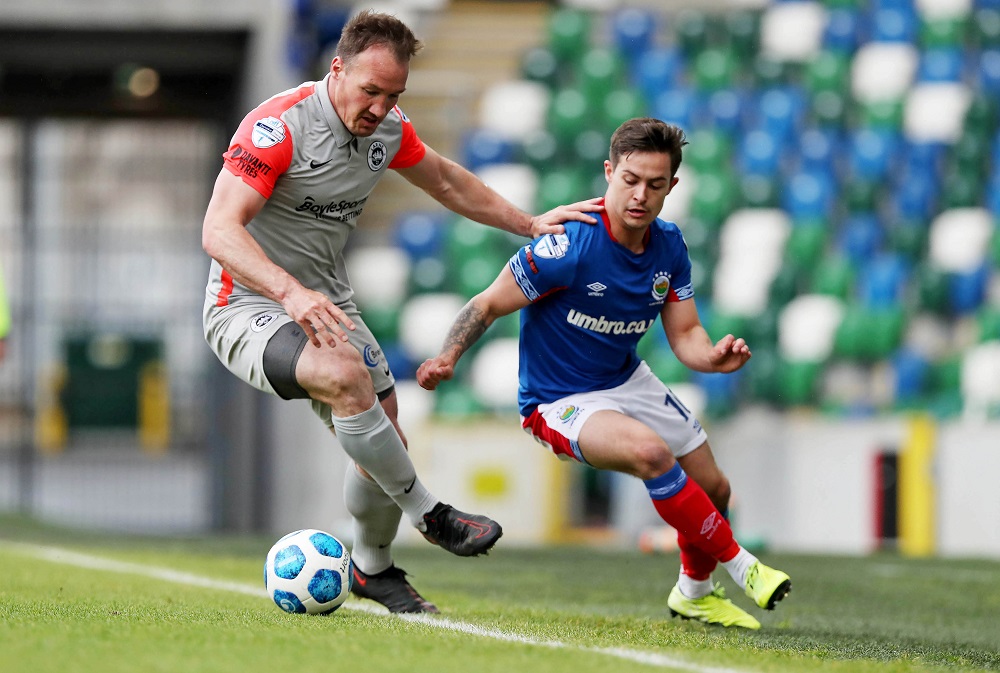 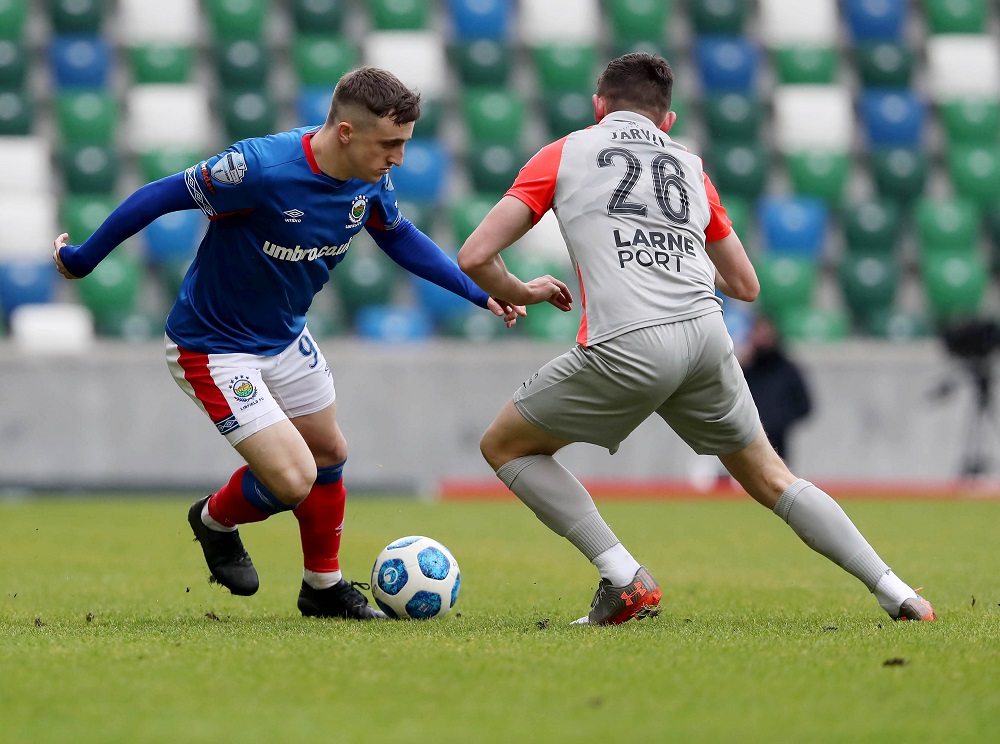 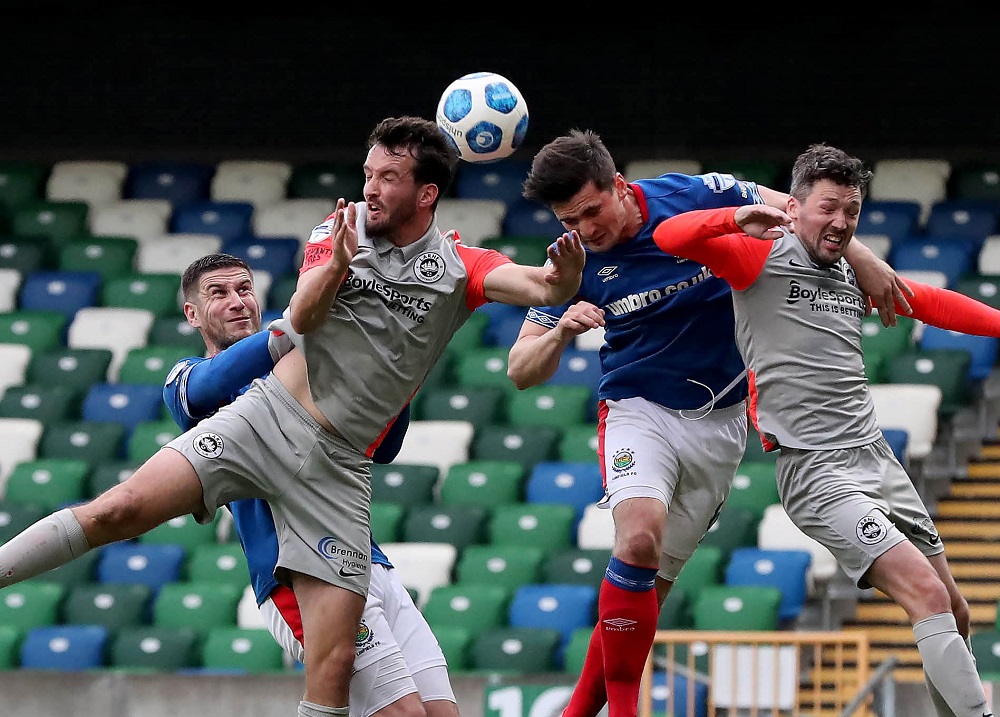 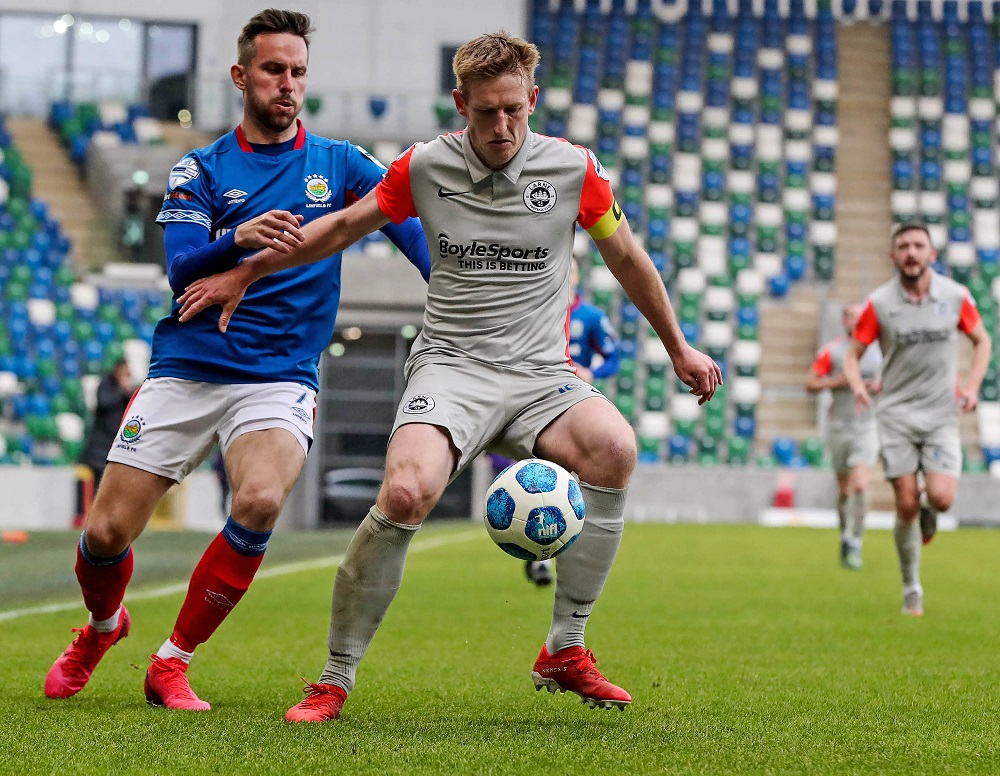 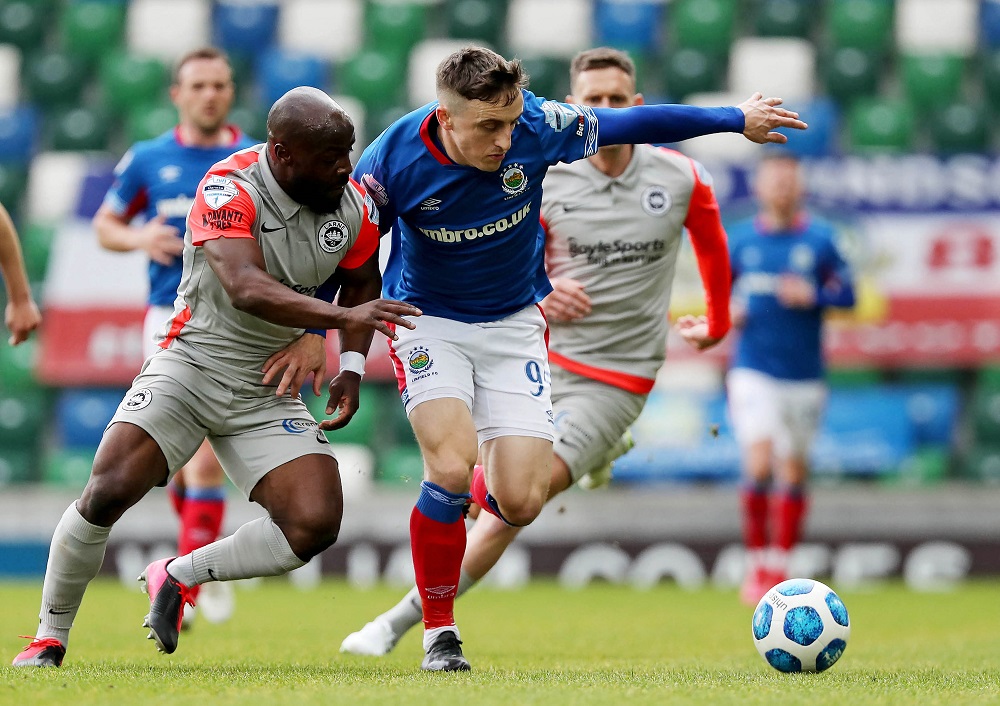 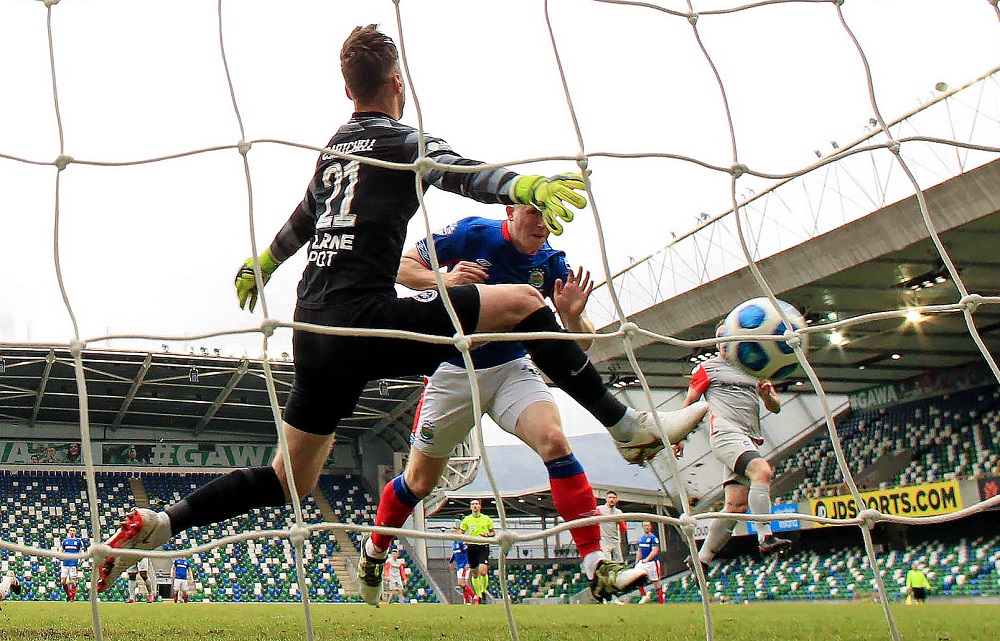