Coleraine clinched second spot in the Danske Bank Premiership with a final day defeat of Larne at Inver Park.
Despite how it end, it was Larne that moved in front when, as early as the ninth minute, Matthew Lusty found the net with a rifled 20-yard finish across the face of goal into the bottom corner.
In an entertaining encounter Ben Doherty might have levelled midway through the first half only to see the ball cleared off the line by Graham Kelly before play switched to the other end when Johnny McMurray just failed to get a touch to a Lusty cross.
Curtis Allen was then denied by the woodwork when he turned an effort against an upright with the follow up blocked.
Larne could have doubled their lead last in the first half but Lusty was thwarted by keeper Martin Gallagher who kept out a header destined for the top corner.
Coleraine did get back on level terms on 49 minutes, however, when James McLaughlin controlled a cross from Ben Doherty before turning the ball home at the far post.
Their tails up, Coleraine almost grabbed a second goal soon after but Josh Carson's powerful strike was kept out by Conor Mitchell.
But what proved to be the winner came just before the hour with Allen heading the ball down and into the net from Doherty's perfectly delivered cross.
Then, not long after that, Adam Mullan almost turned the ball into his own net when a cross deflected off him onto the post while the woodwork once again denied Larne from an Andy Scott effort.
Larne: C. Mitchell, Kelly, Scott, Lynch, A. Mitchell, McKendry, Wade Slater, D'Sena, McMurray, Lusty, Greer subs Mottley-Henry (not used), Wood (replaced Scott 78), Adair (replaced Kelly 44), Sloan (replaced Greer 65), Curran (not used), Foster (not used)
Coleraine: Gallagher, Kane, Mullan, Canning, Jarvis, Doherty, Lowry, McLaughlin, Carson, Glackin, Allen subs Douglas (replaced Doherty 90+2), Wilson (replaced Allen 81), Parkhill (not used), Nixon (replaced Jarvis 46), Beverland (not used), Brennan (not used), Kelly (not used) 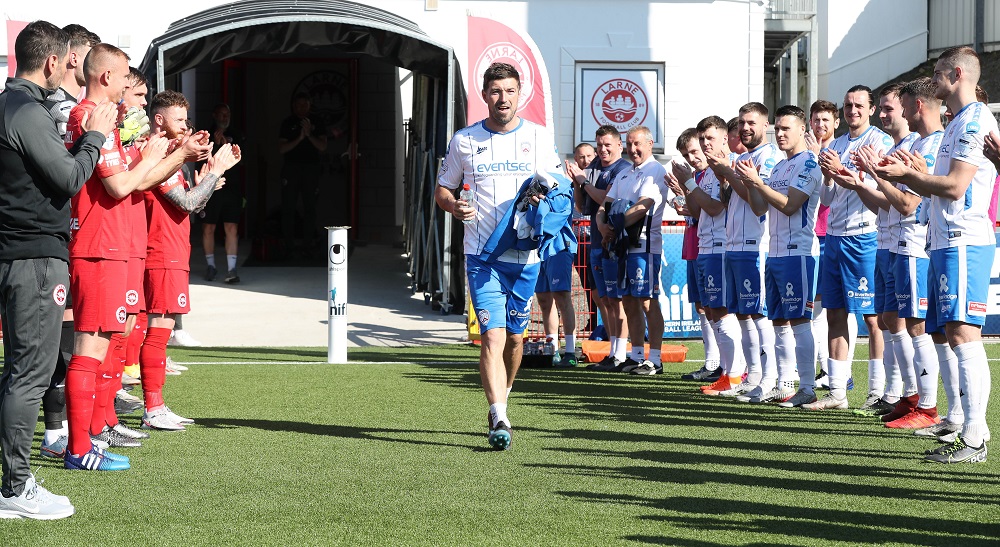 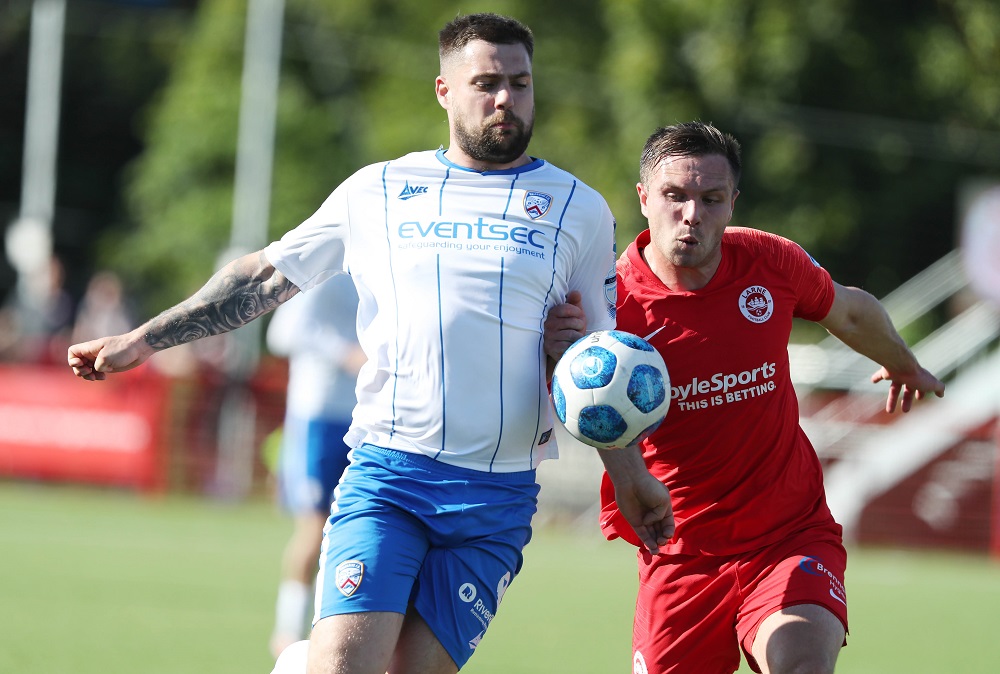 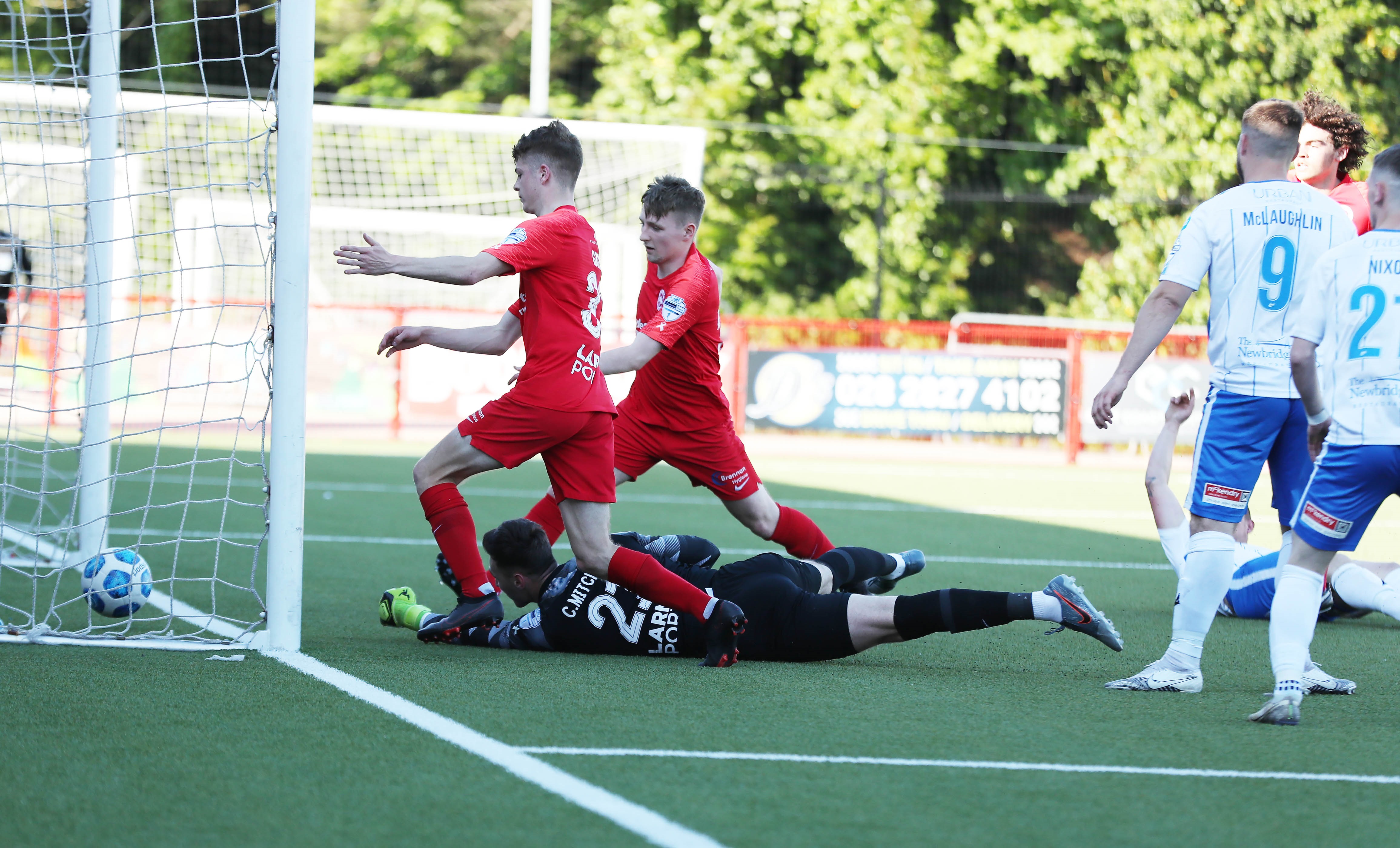 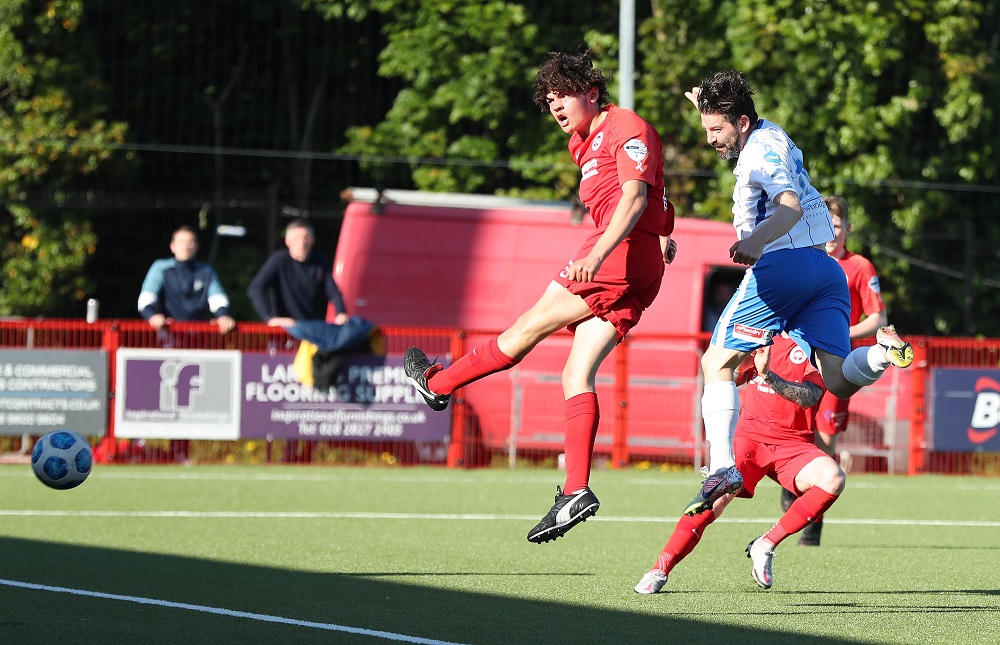 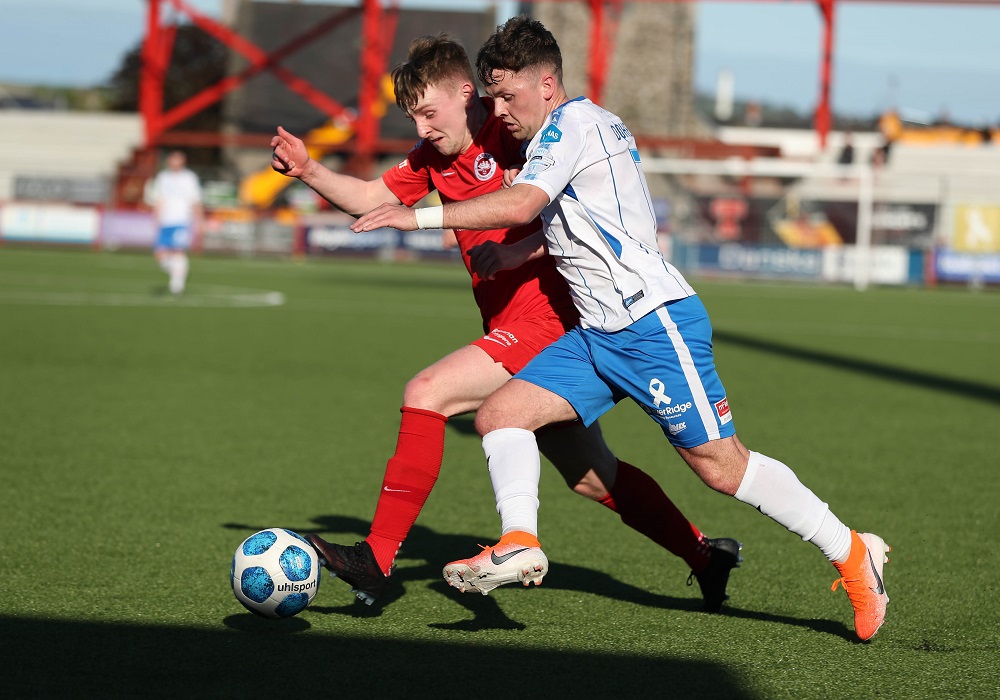 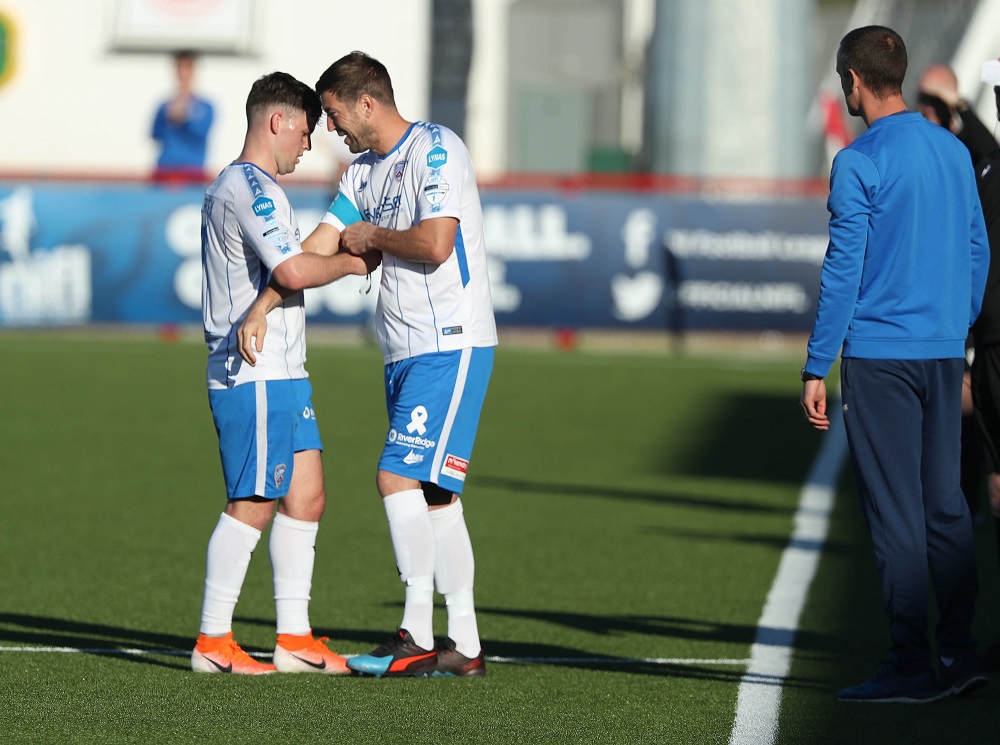