Cliftonville made it two wins from two at the start of the new season with victory over Coleraine at Solitude.
A quiet opening to the game saw the sides trade half chances before, on 18 minutes, the Reds almost moved in front through Ryan Curran who blasted against an upright before Joe Gormley's follow up header was kept out by Gareth Deane.
At the other end Matthew Shevlin was teed up by substitute Aaron Jarvis but his effort was fired over as the first half ended scoreless.
The Bannsiders almost found a way through just after the hour, however Eoin Bradley's effort was headed off the line by Levi Ives while, just before that, Gormley had another attempt kept out by Deane.
But Gormley wasn't to be denied with 11 minutes remaining when he connected with Jamie McDonagh's cross to finally direct a header past Deane.
And it was 2-0 just a couple of minutes after that when McDonagh worked his way into the box and saw his shot reach the net via a deflection off Coleraine skipper Stephen O'Donnell.
Coleraine pulled one back in the closing moments through Aaron Traynor who crept in unnoticed at the back post to head Lyndon Kane's cross past Declan Dunne but it wasn't enough to spark a late comeback.
Cliftonville: Dunne, Ives, Harney, C. Curran, Hale, R. Curran, McDonagh, Addis, Doherty, Gormley, Gallagher subs Breen (not used), Foster (replaced McDonagh 82), McCurry (not used), Casey (not used), Turner (not used), Lowe (replaced Hale 86), Kearns (not used)
Coleraine: Deane, Kane, Brown, Jarvis, McKendry, Lowry, Tweed, O'Donnell, Glackin, Traynor, Shevlin subs Gallagher (not used), Bradley (replaced Tweed 60), Carson (replaced Jarvis 24), Wilson (not used), Kelly (not used), Friel (replaced Shevlin 76) 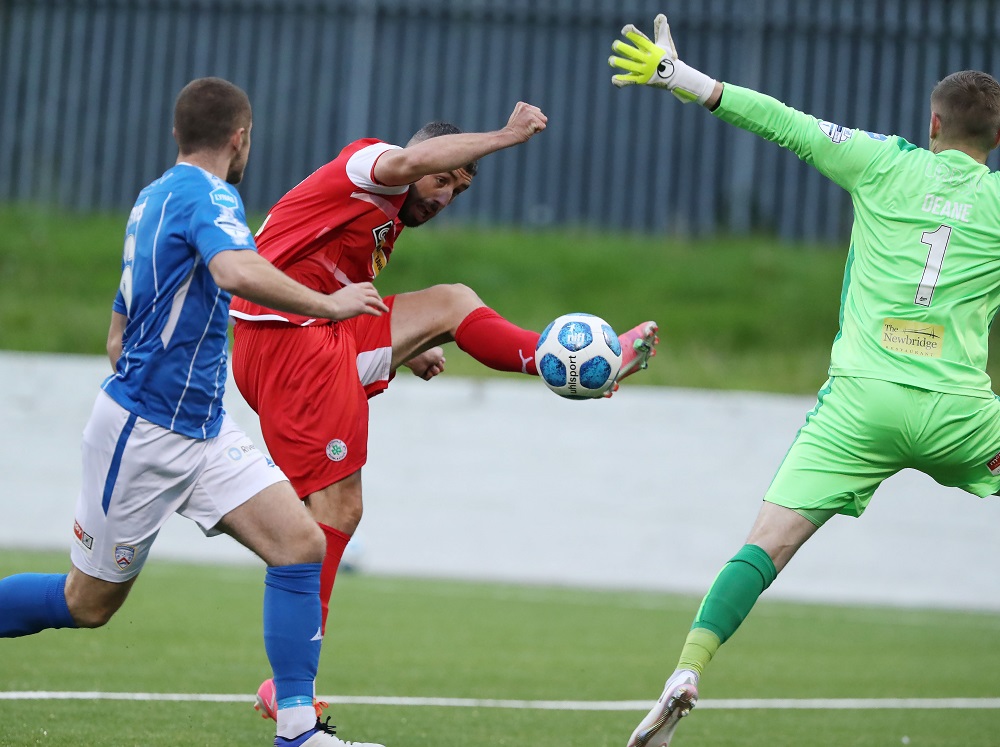 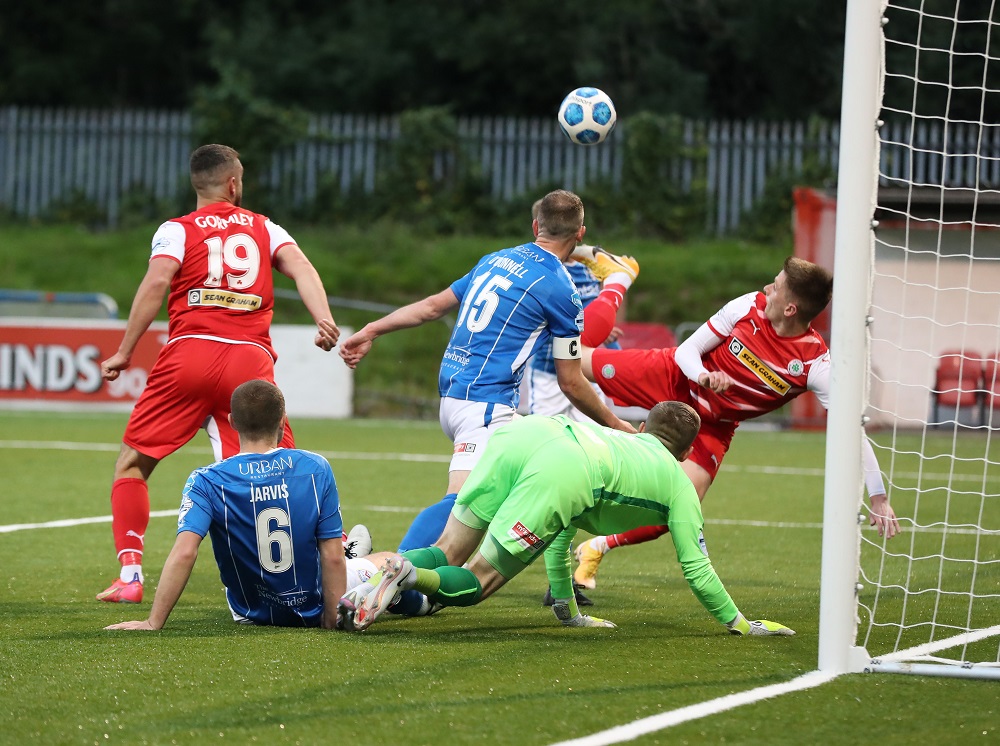 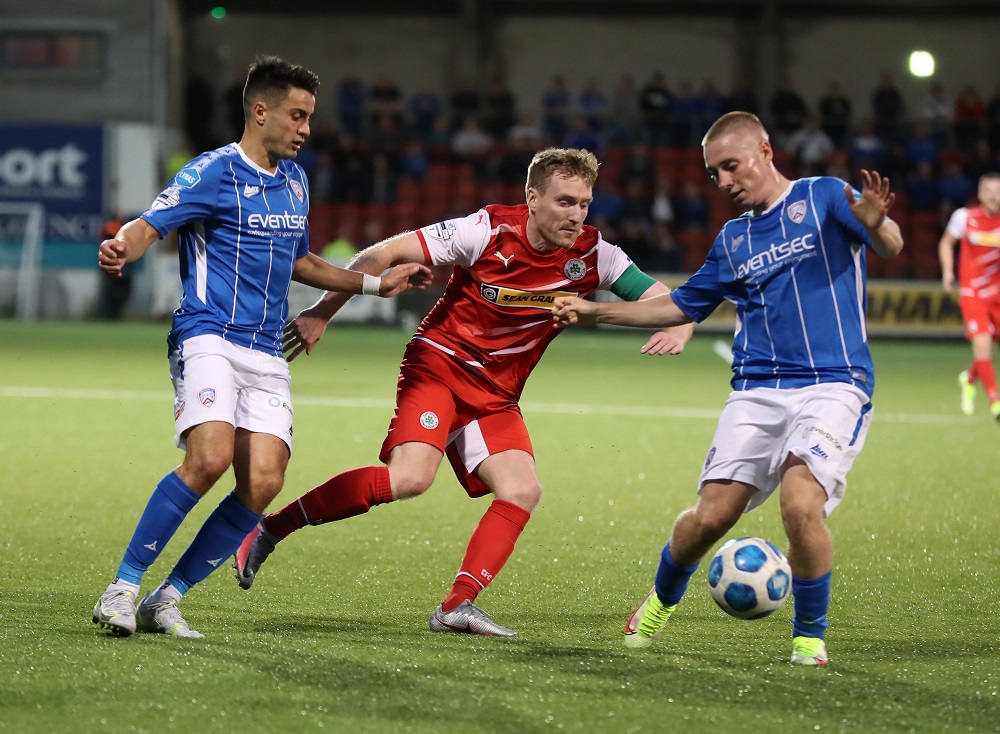 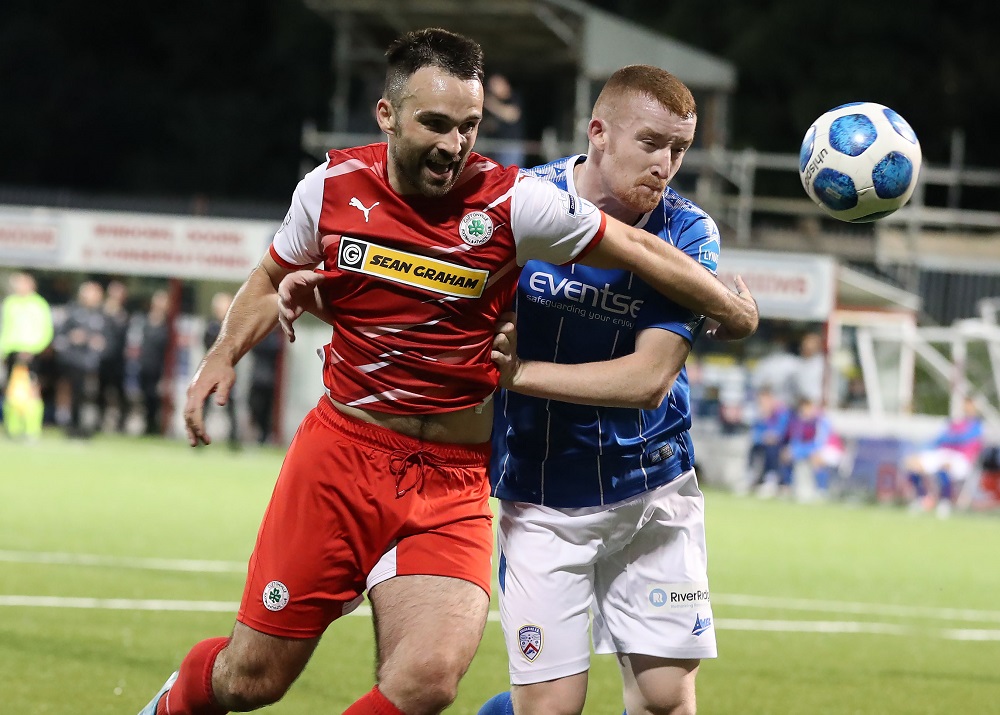 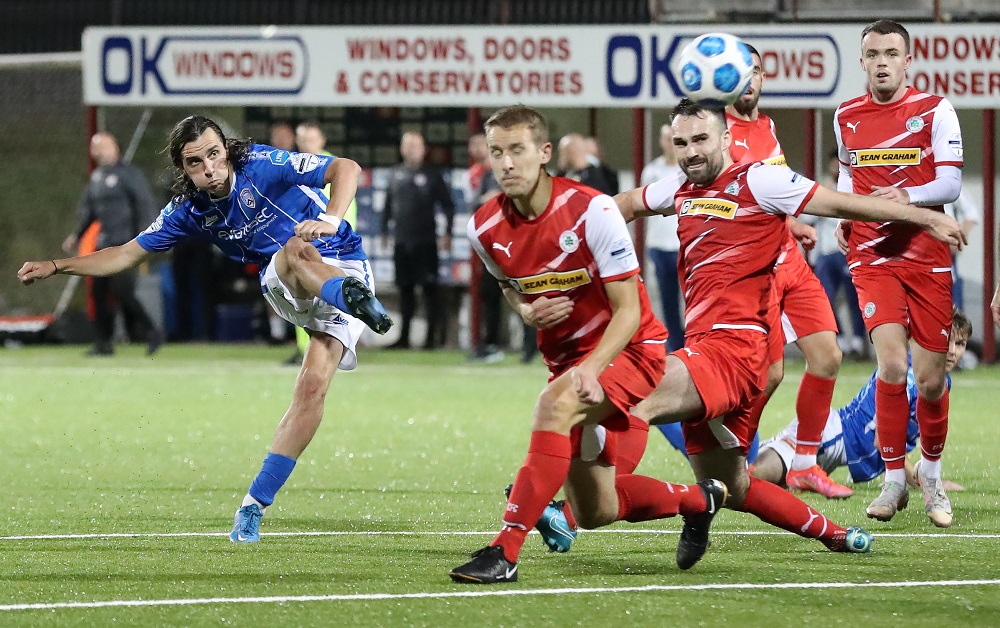 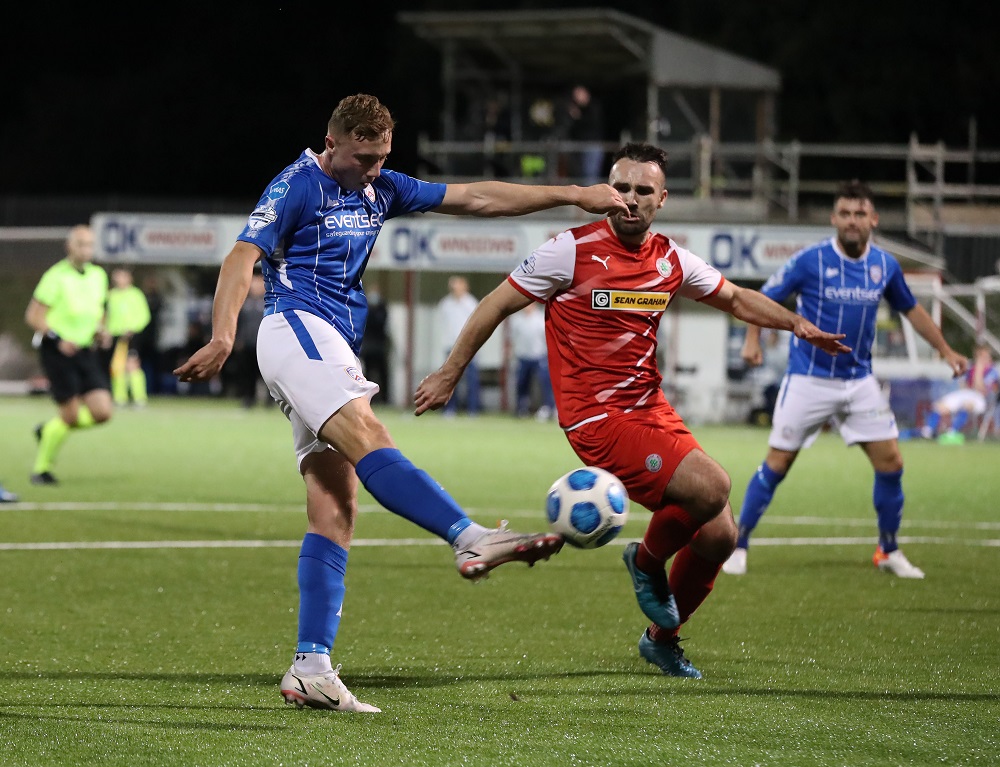