FRIDAY NIGHT HONOURS EVEN AT WINDSOR

League leaders Cliftonville and defending champions Linfield cancelled each other out at Windsor Park and kept their respective unbeaten records intact.

Linfield raced into an early lead when, after just seven minutes, Jordan Stewart opened the scoring with a decisive strike past Declan Dunne after being teed up by Billy Chadwick on the edge of the area.

Stewart tried to double his tally as the first half progressed but hooked his left foot effort over, while Cliftonville defender Jonny Addis managed to get a vital touch to divert the ball to safety as it looked destined to find Jimmy Callacher at the back post.

Cliftonville's best effort came just after the half-hour mark when Jamie McDonagh headed over after Kris Lowe had clipped the ball back into the danger zone.

Linfield continued to offer the greatest threat. Stephen Fallon fired over from 12 yards after being found unmarked by Kirk Millar while Matthew Clarke sent a header wide of the target from a Trai Hume cross.

Clarke had another opportunity early in the second half, with Hume also going close soon after with a left foot effort straight at Dunne.

However, Cliftonville levelled on 57 minutes. Chris Gallagher found McDonagh out on the right flank who, in turn, fired the ball in for Joe Gormley to head past the outstretched arms of Chris Johns.

The sides traded chances in search of the winner. Cameron Palmer sent a sliding effort over with the visitors responding through Ryan Curran but he too was unable to find the target.

Cliftonville had the last chance as time ticked away. Ryan Curran looked to have found Paul O'Neill but the ball was intercepted by Michael Newberry, only for it to come off the Linfield man and almost find the bottom corner but Johns was alert to deal with the threat with a dive to his right. 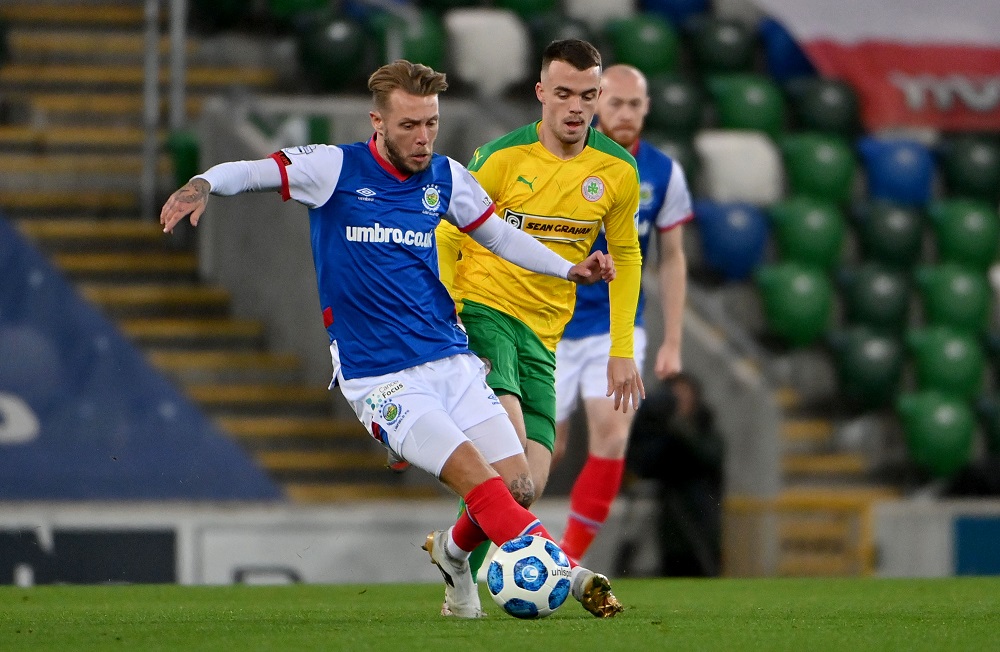 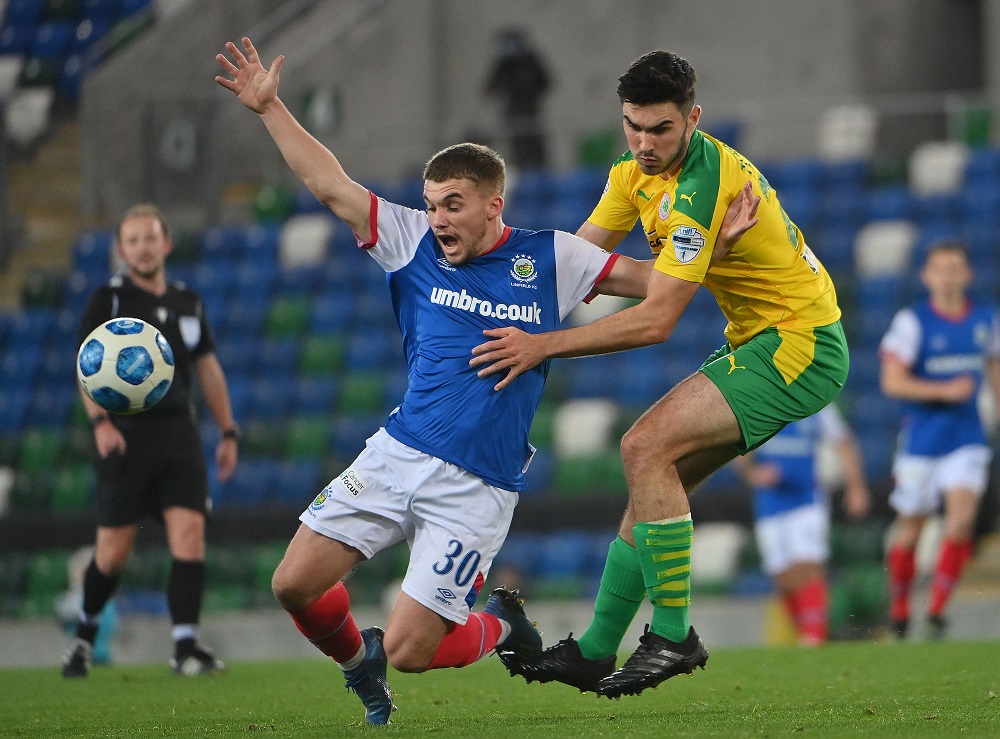 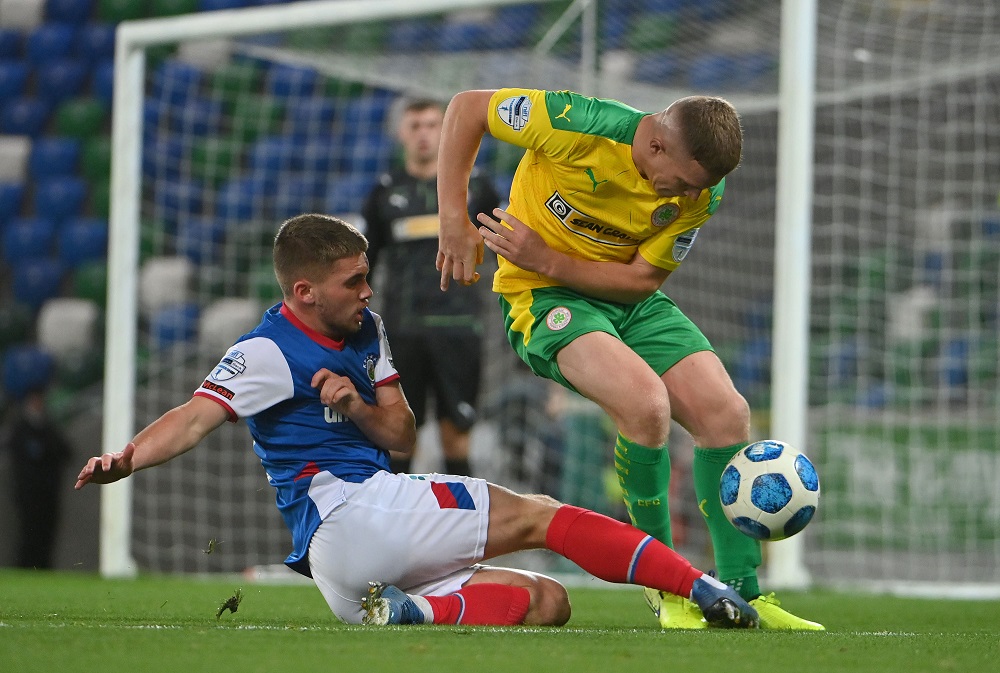 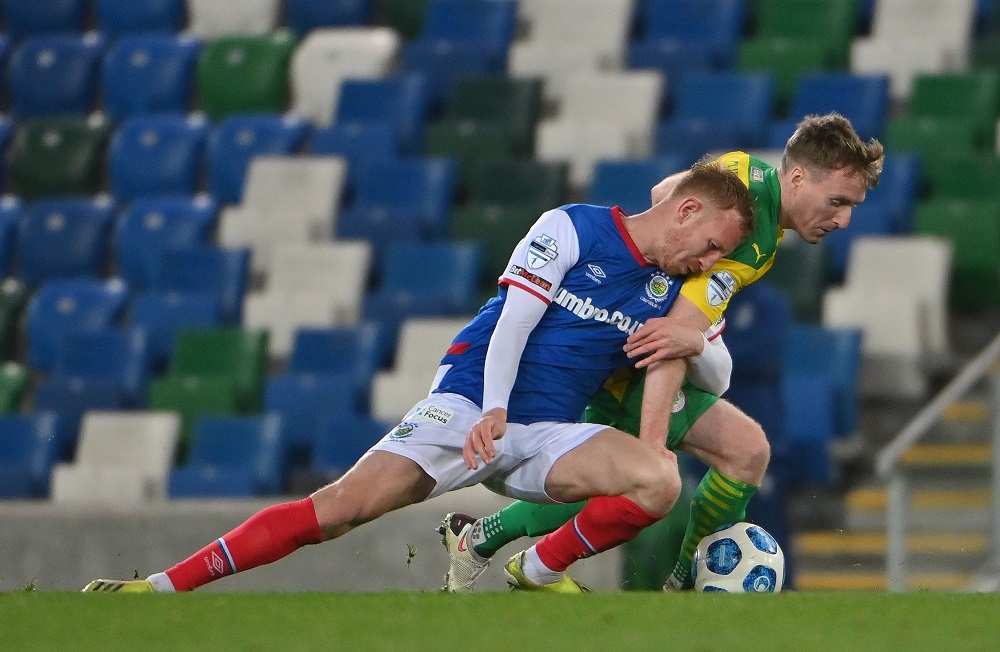 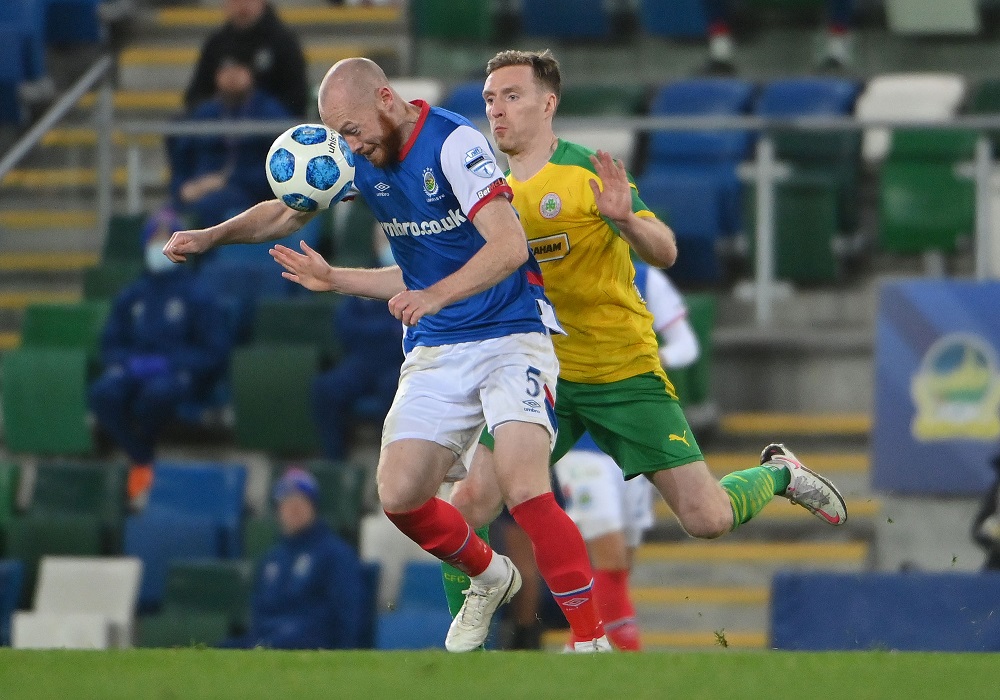 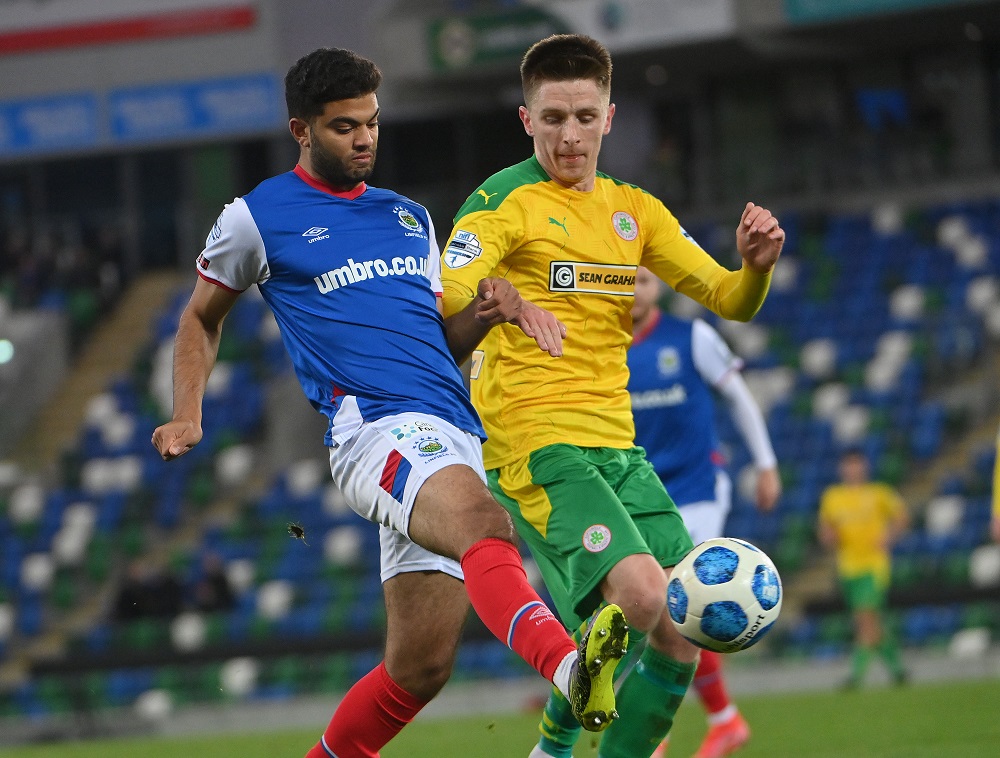