O'ROURKE HEADER THE DIFFERENCE AT THE SHOWGROUNDS

A Jarlath O'Rourke goal early in the first half was enough for Crusaders to defeat Ballymena United at The Showgrounds.

What proved to be the only goal of the game came after just 13 minutes when O'Rourke nodded home at the back post after the United defence failed to deal with a Jordan Forsythe cross.

Johnny McMurray might have added a second for the Crues ten minutes later only to fire into the side netting under pressure from Conor Keeley.

And the visitors had another chance to extend their lead just before the break only for Aidan Wilson to send a free header over from inside the box.

Ballymena looked a better proposition in the second half with Owen McKeown sending in a dangerous ball across goal with keeper Johnny Tuffey punching clear before any home players could take advantage.

The visitors continued to pose a threat, however, and were denied a third when Keeley was on hand to clear a Paul Heatley shot off the line.

But, chasing something from the game, the Sky Blues pressed forward. Paul McElroy sliced an effort wide, Jonte Smith failed to connect with a McKeown ball into the area and Keeley appeared to head onto the crossbar from a corner.

Both sides had chances late in the game. Adam Lecky just missed out on reaching a ball into the box which would surely have led to a goal while, in stoppage time, Ballymena skipper Leroy Millar laid on an inviting ball but no-one was on hand to convert. 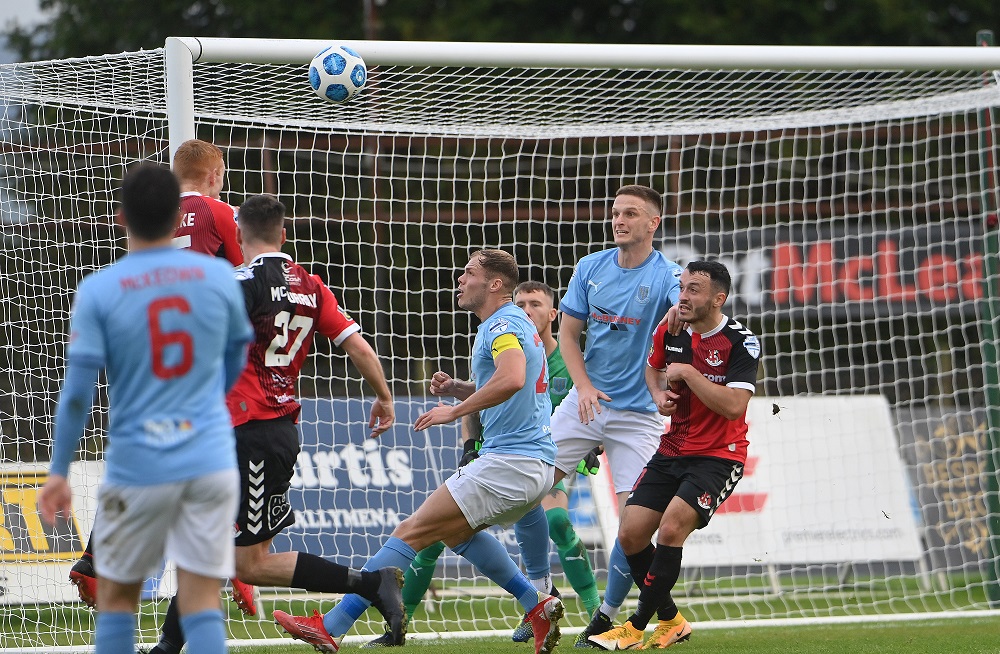 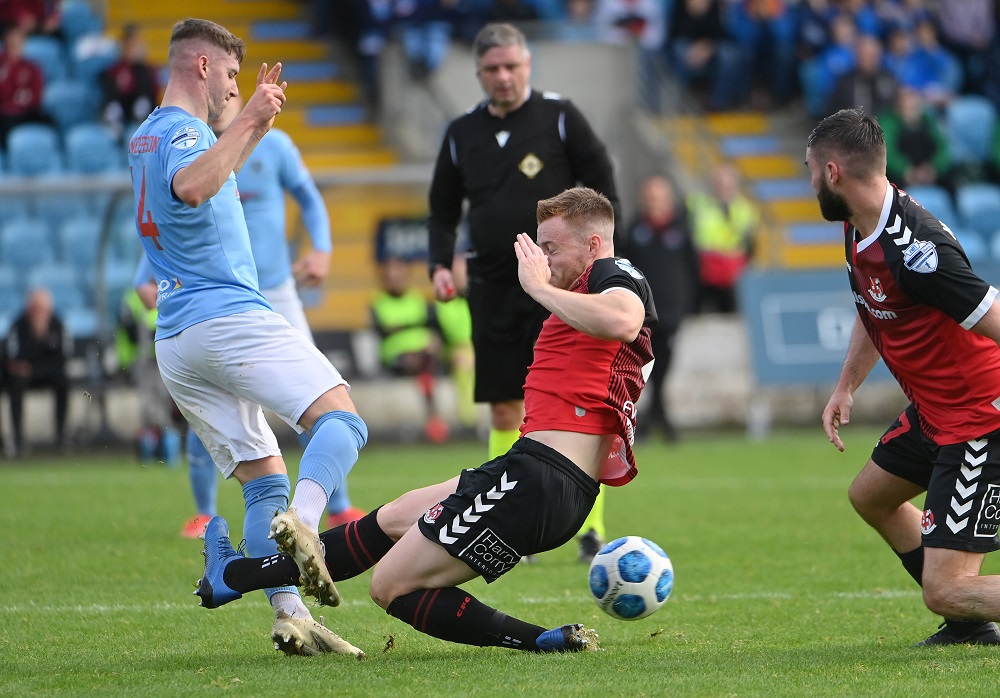 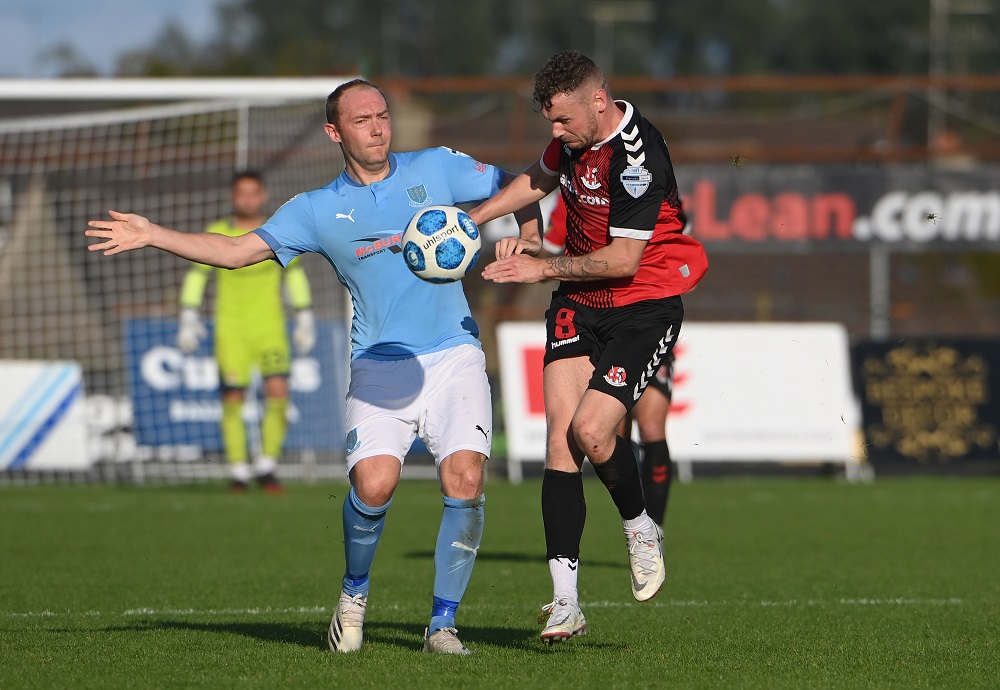 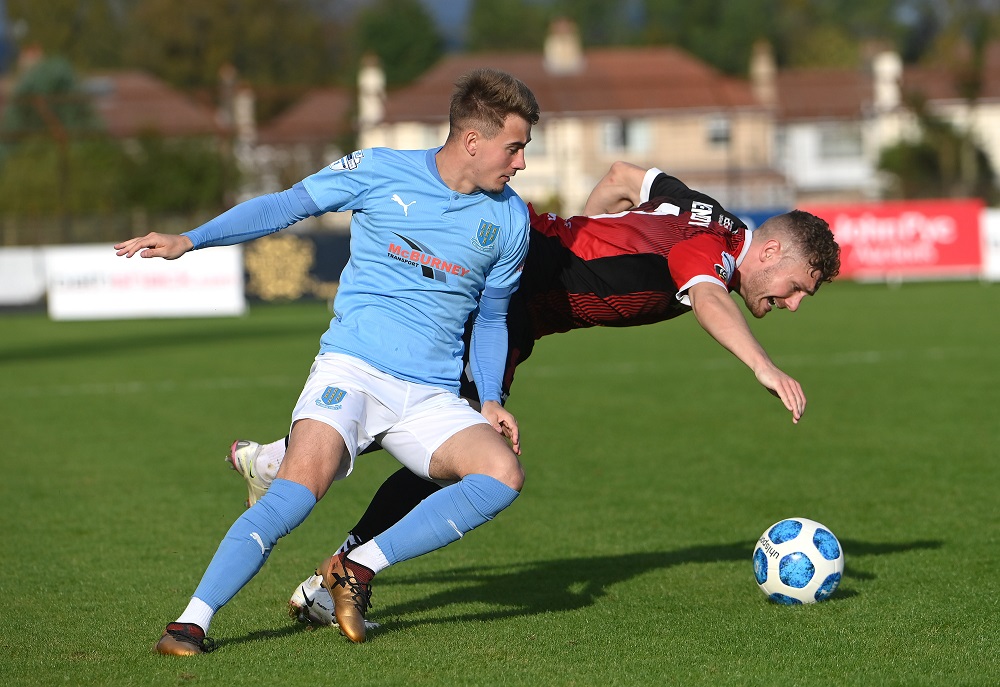 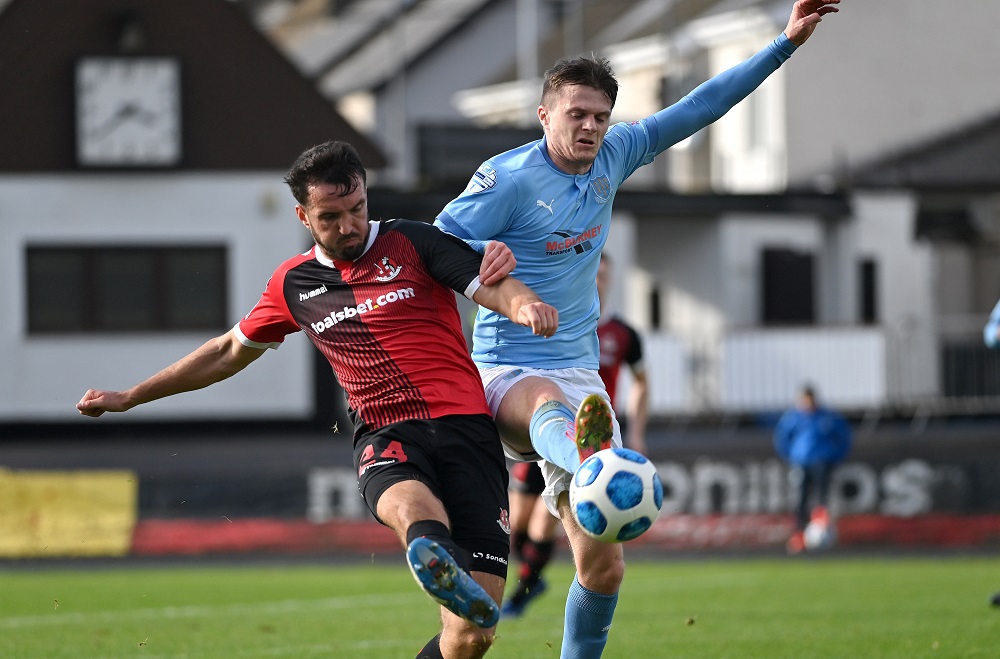 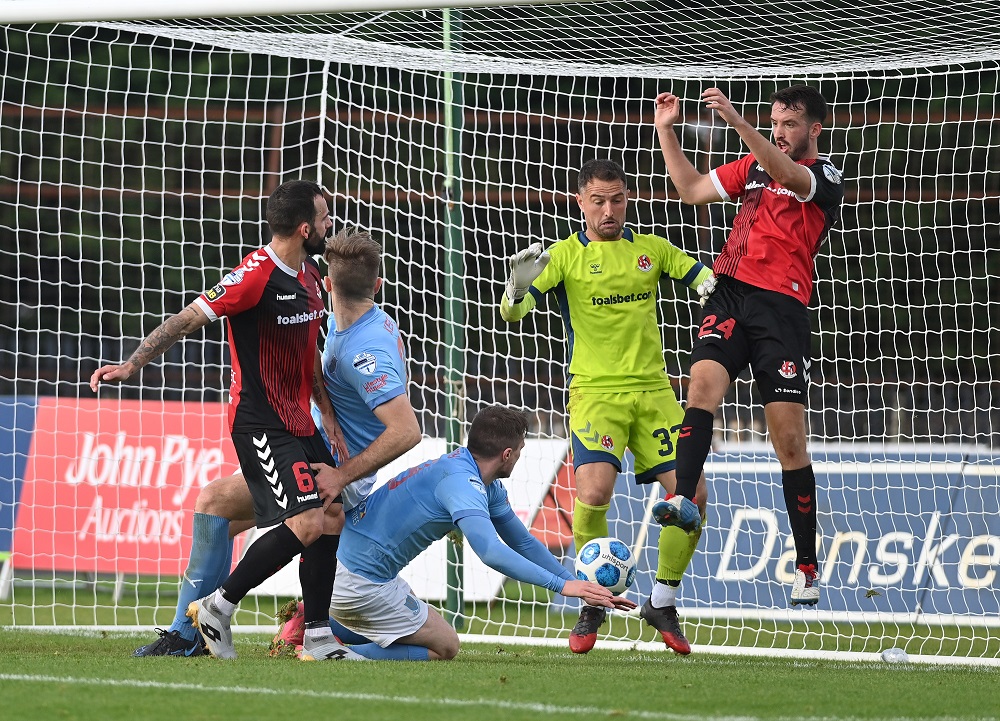