All the damage was done inside the opening half-an-hour or so with the first goal coming after just 15 minutes when Chris Shields converted from the spot, sending Conor Mitchell the wrong way, after Christy Manzinga had been brought down inside the area by Dermot McVeigh.

Prior to that 'Point had created a couple of opportunities with Jonathan Leddy sending a snapshot just off target before Luke Gallagher's header fell narrowly wide.

Linfield doubled their advantage on 28 minutes. A defensive error by Luke Wade Slater allowed Kirk Millar to intercept and calmly slot past Mitchell into the bottom corner.

And it was 3-0 just after that. On this occasion Jordan Stewart laid the ball off for Manzinga on the edge of the area and the on form striker wasted no time in finishing beyond the 'Point keeper.

The visitors almost added a fourth before the break when Matt Green went close from a Matthew Clarke cross, before Michael Newberry saw a close range effort blocked at the back post.

Although effectively over as a contest, Warrenpoint did try to salvage something from the game in the second half, most notably through a Steven Ball effort into the side netting and then a Gallagher volley which went just over. 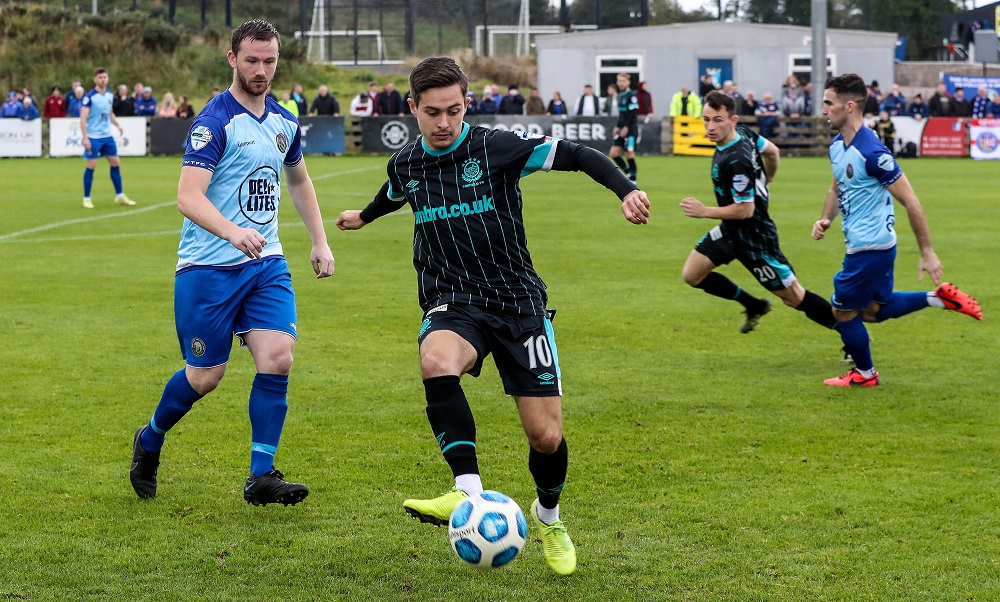 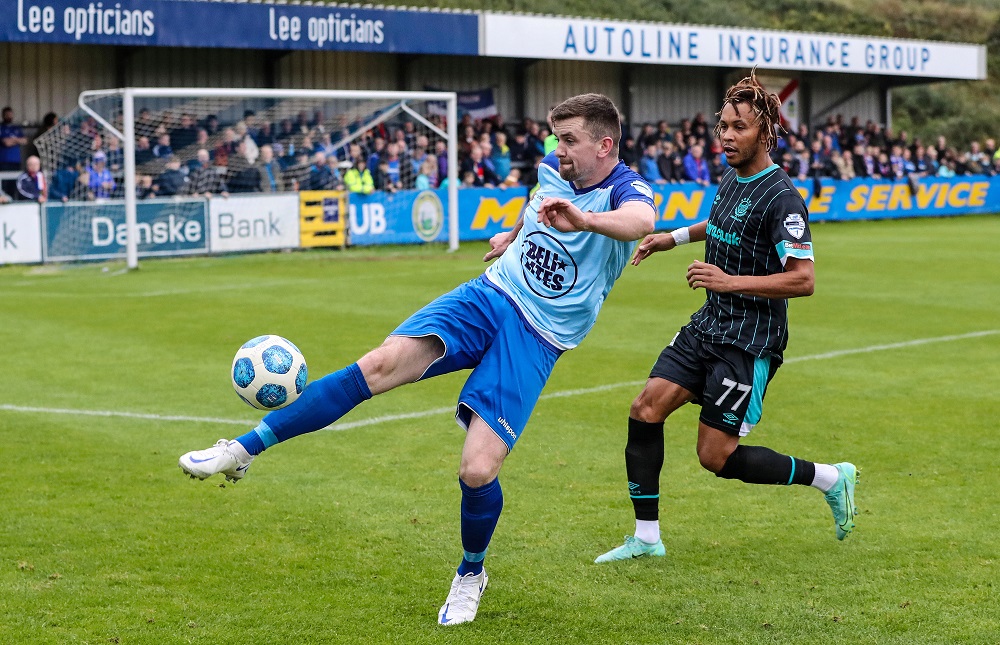 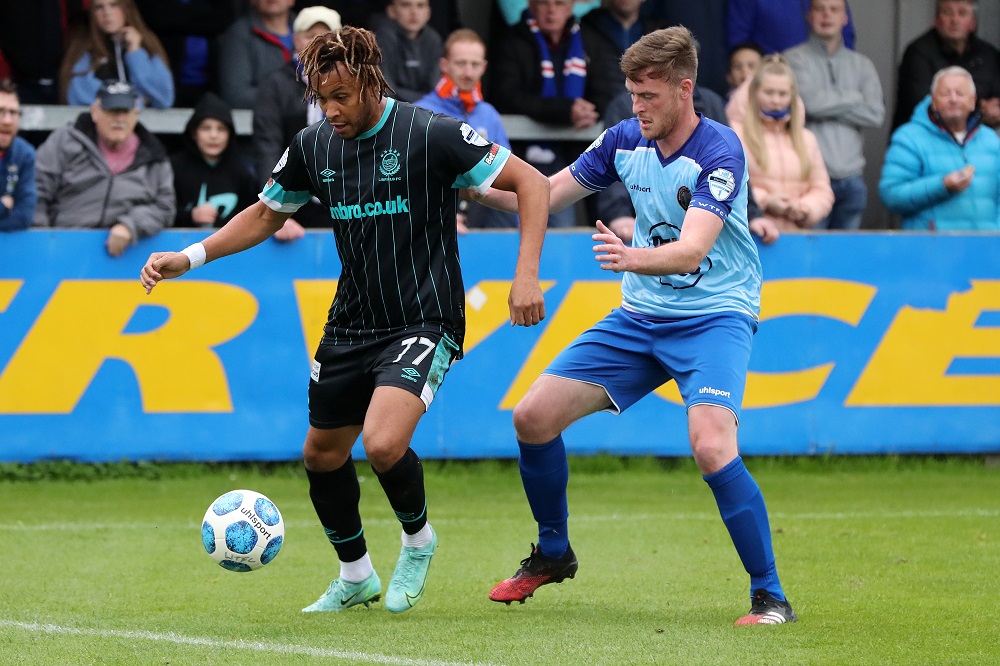 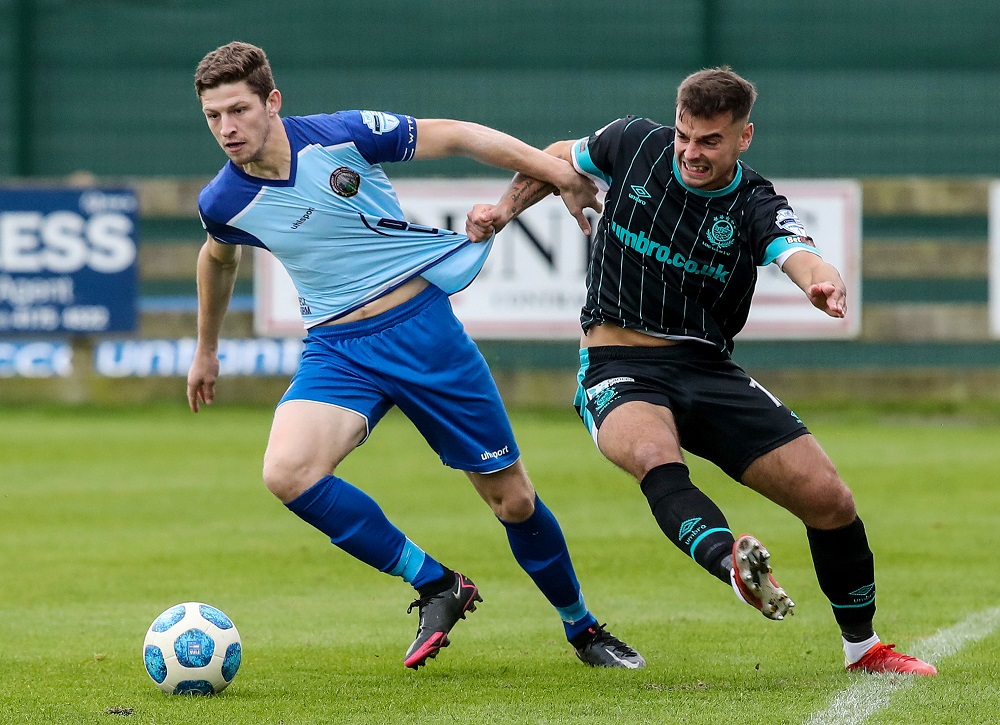 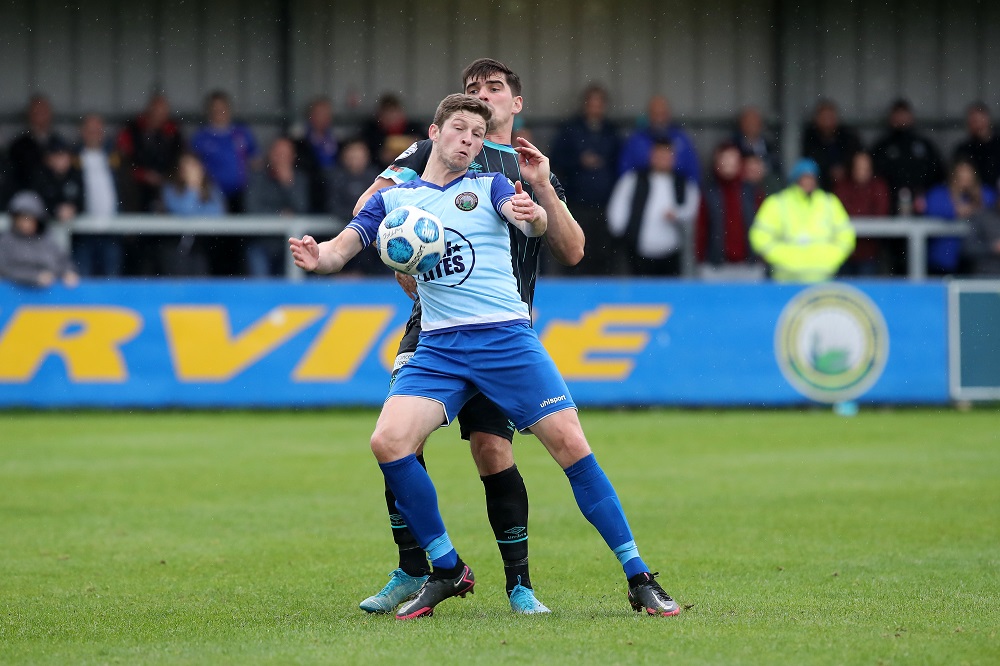 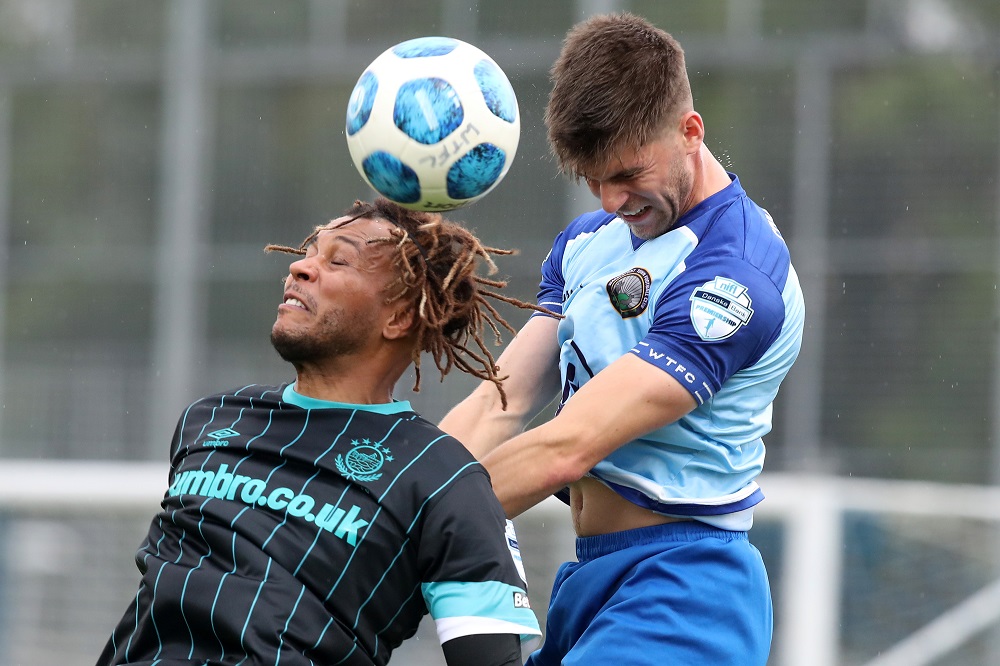