Super sub Lee Lynch came off the bench to bag Larne's winner over Crusaders at Inver Park, a result which moves the East Antrim side into second spot overnight.

A bright start to the game produced chances at either end early on. Mark Randall found space in the box but his effort was blocked with play then switching for Paul Heatley to have a go from outside the box.

Adam Lecky then snatched a shot wide with Randall then having another effort but he could only hook this past the target. Aidan Wilson then turned a header wide as the chances continued, followed by a Lecky header over from a corner.

For Larne Ben Doherty created perhaps the best chance to date with a well struck left-foot drive which Crues keeper Sean O'Neill superbly tipped over while John Herron and Rohan Ferguson combined to thwart Lecky at the other end.

Larne ended the first half with a Navid Nasseri effort which was fired just wide, and the home side started the second half on a positive note too albeit largely restricted to a series of half chances.

The chances continued. Billy Joe Burns offered up a half volley from distance which curled away from the target before Randall had another effort which O'Neill again tipped over.

Ben Kennedy was the next to have a go, but his 20-yard left foot twisted just over the top.

But the deadlock was finally broken with little under a quarter-of-an-hour remaining when a great run from Andy Scott saw him feed the ball through to Lynch, only on the pitch just over ten minutes, who responded with a crisply taken finish past O'Neill.

Crusaders almost levelled straightaway but Johnny McMurray was denied by Ferguson's low save to his right before Kennedy then turned his corner onto the crossbar.

The visitors had a late chance to salvage something from the game when, in stoppage time, Kennedy delivered a dangerous ball into the box which Ferguson eventually gathered at the second attempt under pressure from Jordan Forsythe. 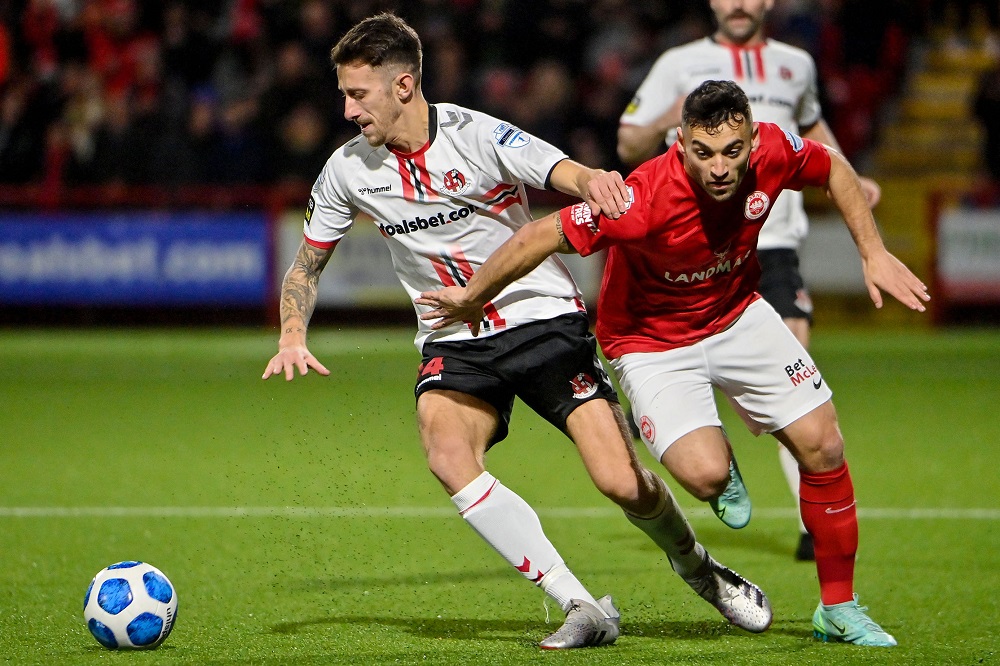 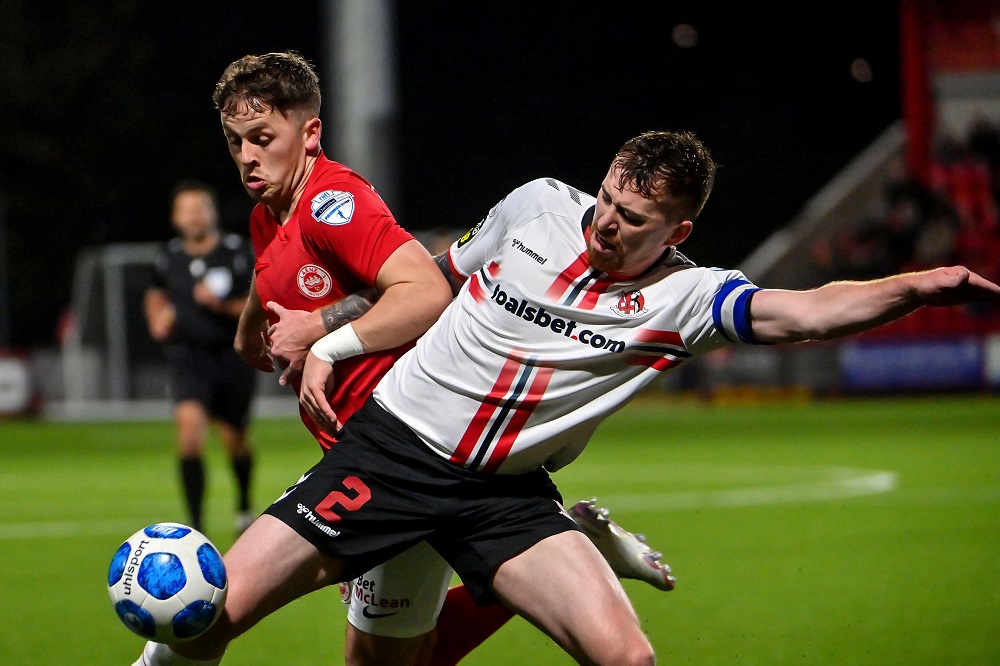 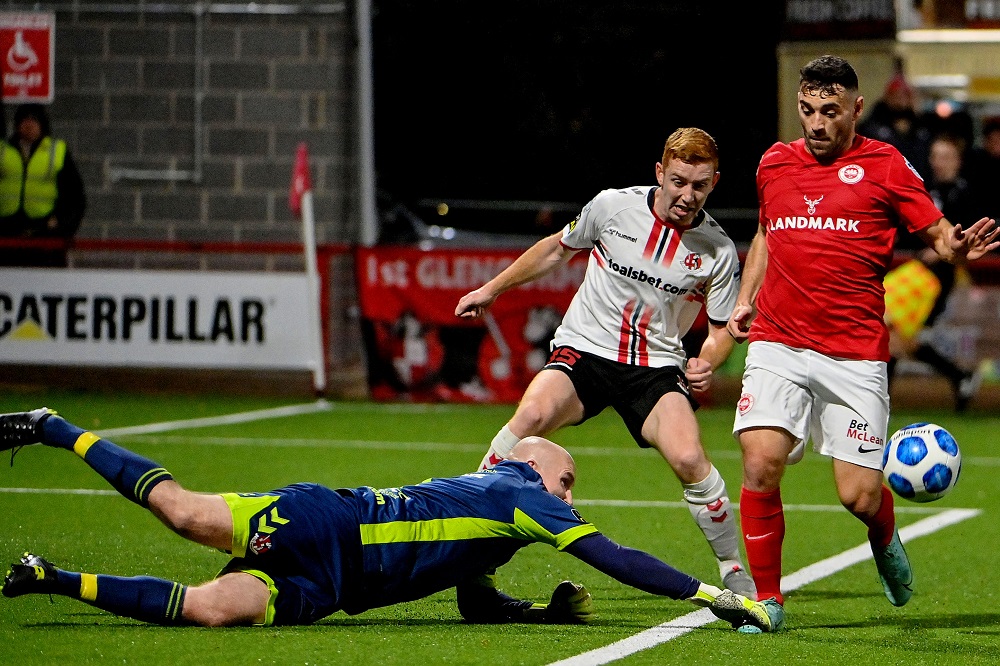 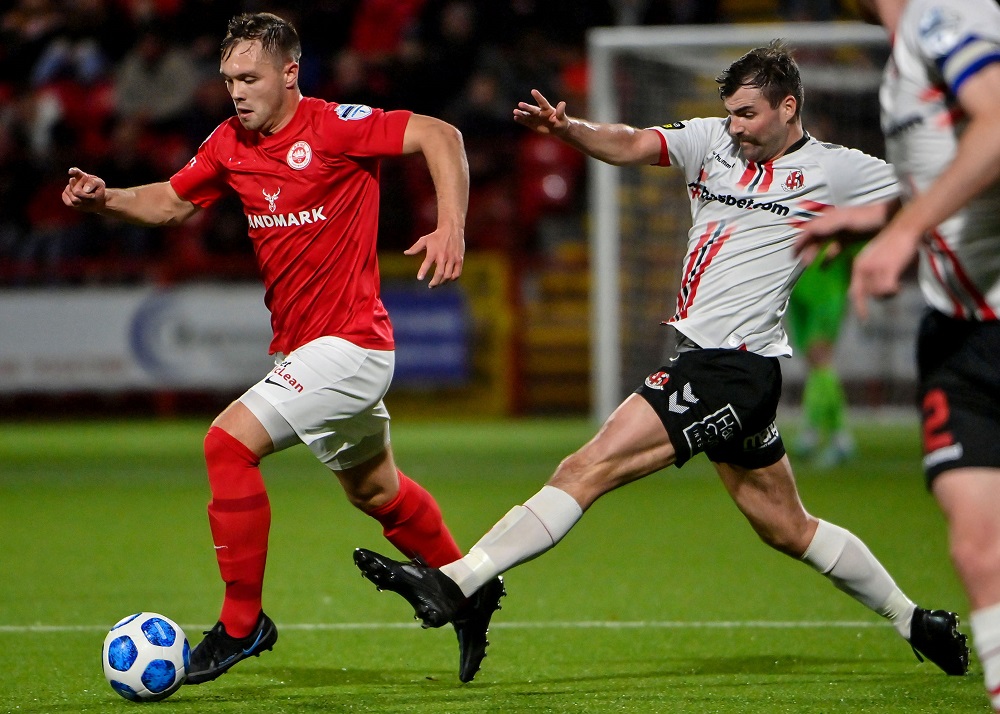 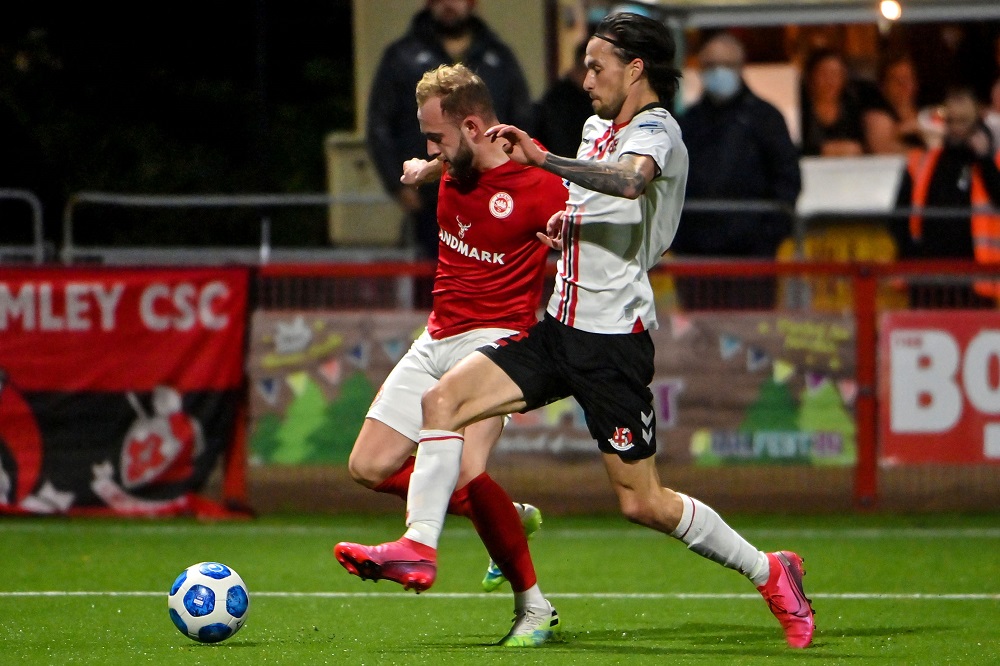 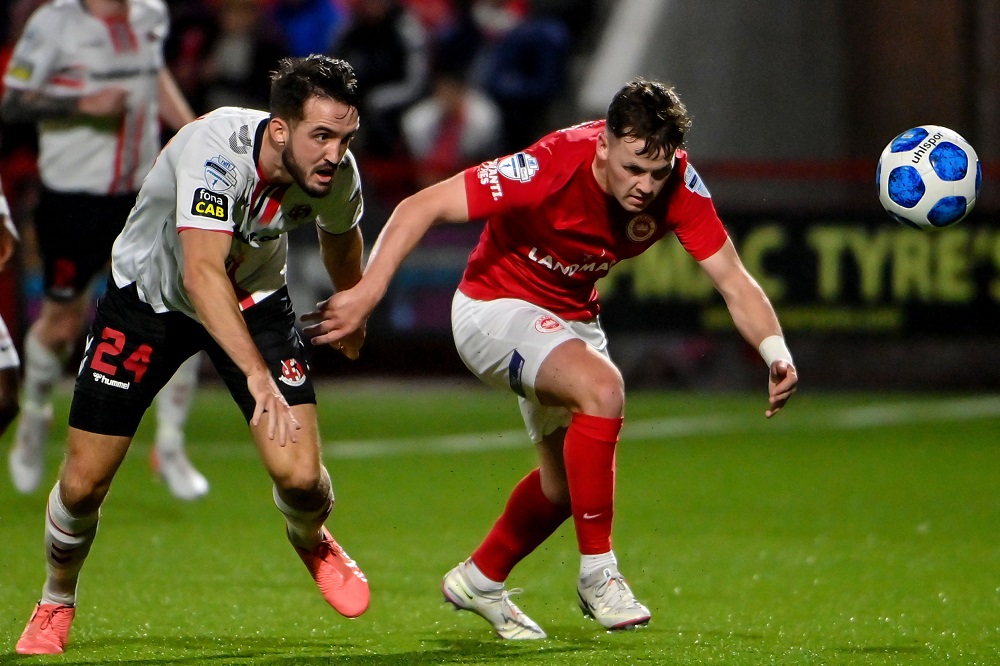