Linfield were held at Windsor Park by a dogged Warrenpoint Town who themselves had chances to win the game.

The Blues created a few early chances with Christy Manzinga seeing a third minute effort palmed away before, not long after that, Jordan Stewart's chip clipped the crossbar before falling to safety.

But Linfield did move in front on 14 minutes after Stewart threaded the ball through for Manzinga to race clear and finish with a right-foot effort into the bottom corner.

However Warrenpoint levelled midway through the first half courtesy of Jonathan Leddy's powerful left-foot free-kick from just outside the area delivered low into the bottom corner.

'Point keeper Conor Mitchell was called into action to deny Kirk Millar around the half-hour mark while, at the other end a little later, Steven Ball sent a cross just past the far post.

The visitors had the first real chance of the second half when Linfield keeper Chris Johns had to save at full stretch to turn away Thomas Maguire's volley before play switched for Ahmed Salam to send an effort back off the post after Jimmy Callacher had flicked on Martin Donnelly's corner.

This pattern continued with Millar being denied by a timely Daniel Byrne tackle just as he was about to shoot with Alan O'Sullivan then seeing Johns tip his effort around the post.

Johns had to be at the top of his game again with around a quarter-of-an-hour remaining to thwart Luke Wade-Slater's deflected effort with Linfield then going close when Donnelly's free-kick was well saved by Mitchell.

Linfield then were somehow denied a second goal soon after when Callacher's header from Millar's left-sided corner was kept out, and in stoppage time, Matthew Clarke scuffed a close range with only Mitchell to beat. 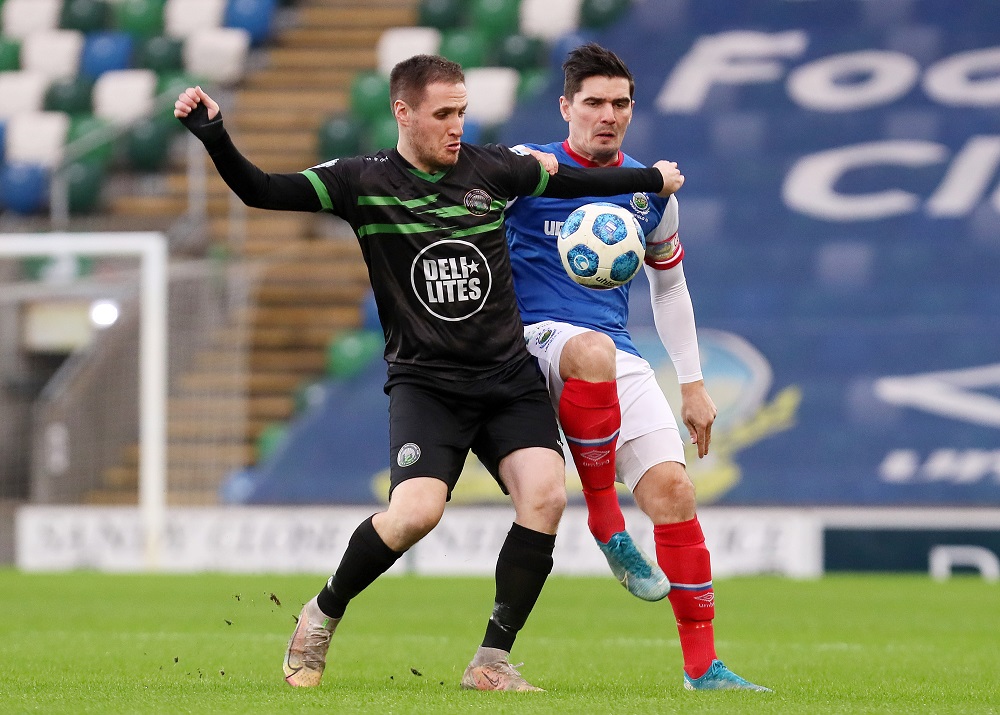 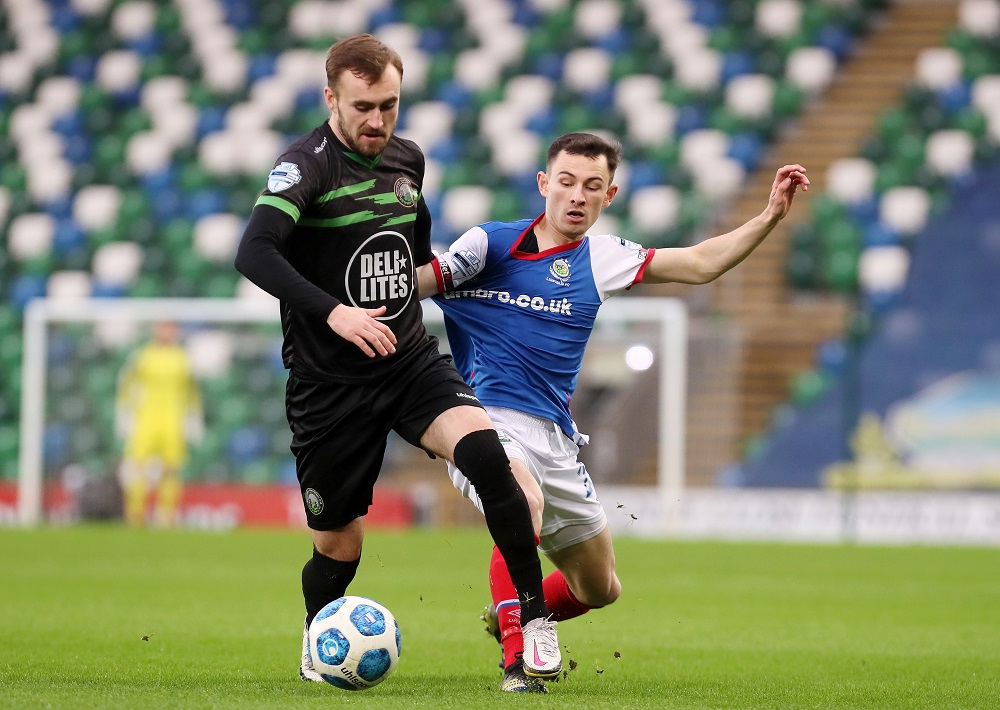 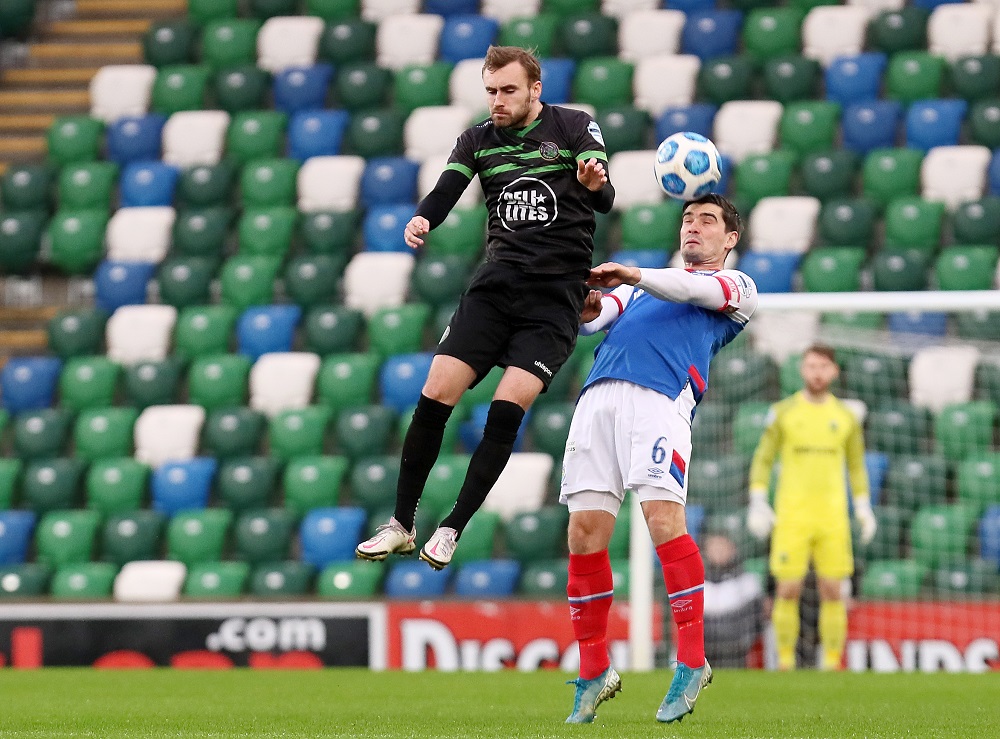 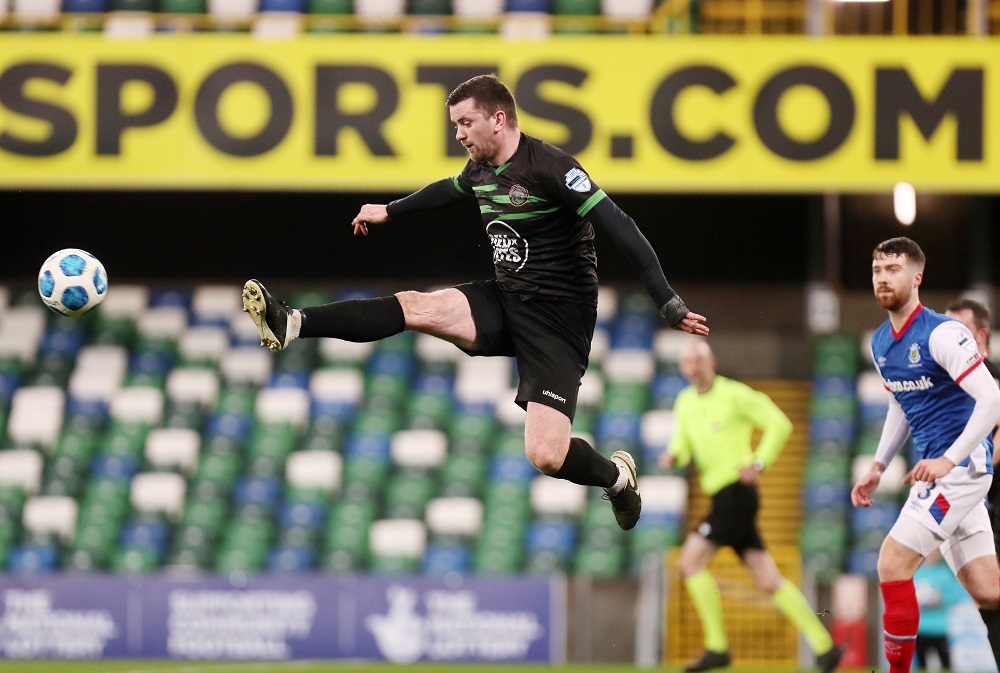 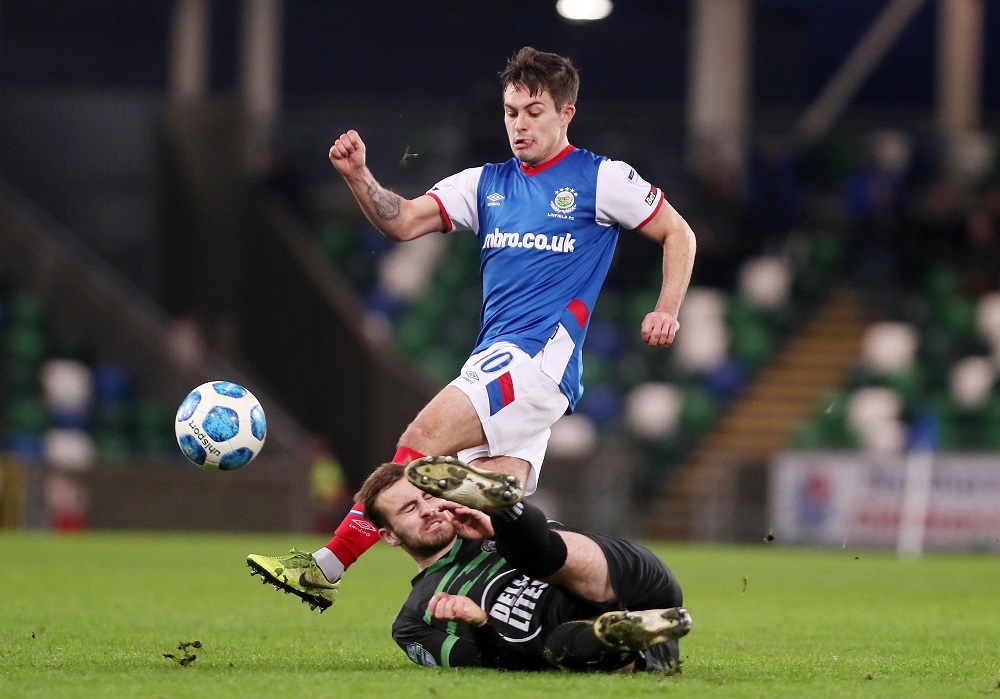 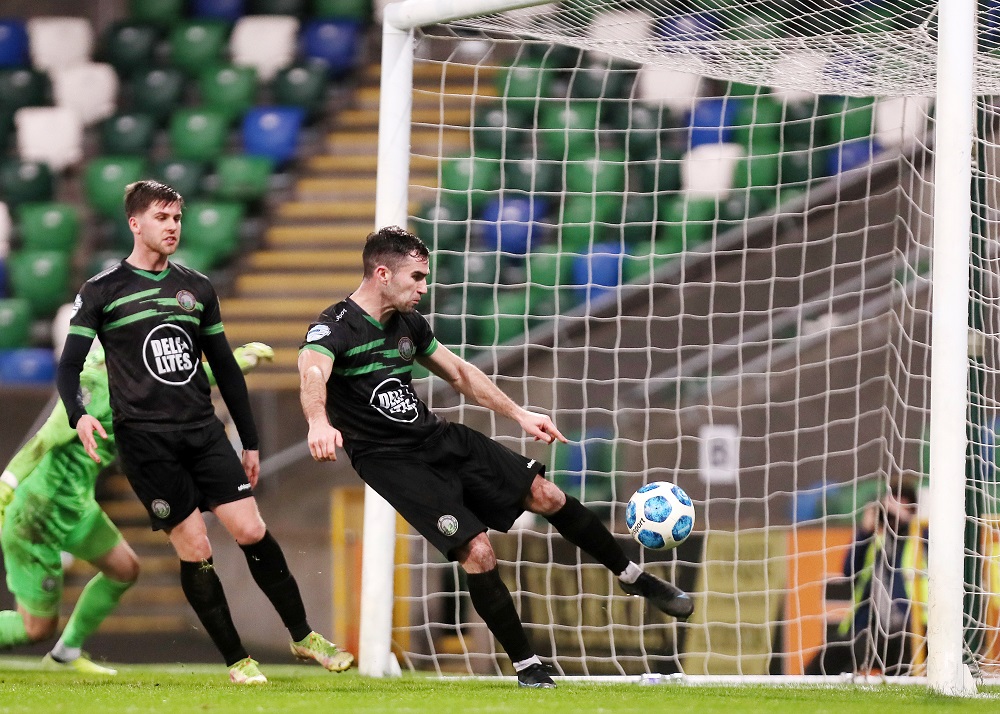