Linfield moved to the top of the Danske Bank Premiership courtesy of a one-goal victory over Larne at Inver Park.

The game got off to a lively start when, as early as the 40th second, David McDaid almost fired Larne in front with an effort from range which Chris Johns spilled only for Matthew Clarke to clear the danger just as Andrew Scott was about to pounce.

Larne came close again soon after when Mark Randall teed Ben Doherty up, but his shot from just outside the area sailed narrowly over.

Linfield responded through Christy Manzinga who got past Cian Bolger but couldn't beat Rohan Ferguson from an acute angle before play switched for Ronan Hale to produce a good back post save from Johns after Tomas Cosgrove delivered the ball into the area.

The Blues moved in front after half-an-hour with what proved to be the only goal of the game. Kofi Balmer brought down Manzinga inside the area - and as the last man was duly dismissed by referee Raymond Crangle. Once things settled Chris Shields then showed great composure to step up and beat Ferguson from the spot in off an upright.

Linfield almost doubled their advantage soon after. Manzinga burst into the area before squaring for Stephen Fallon but he could only send the ball against the crossbar from close range, albeit under pressure from Cosgrove.

Although a man down, Larne came close to levelling before the break when Hale did well to get a shot on goal only for the ball to go across the box and out to safety from a difficult angle.

The early stages of the second half brought a couple of efforts for Ahmed Salam, the second of which saw the ball head towards the target only for Ferguson to save and Shields to send the deflected rebound over.

At the other end Jimmy Callacher did well to disrupt Albert Watson as he was about to turn home a Doherty ball to the back post.

Larne had a late flurry in the closing stages in an attempt to salvage something but both Lee Lynch and Thomas Oluwa mishit their efforts while Andy Mitchell volleyed over. 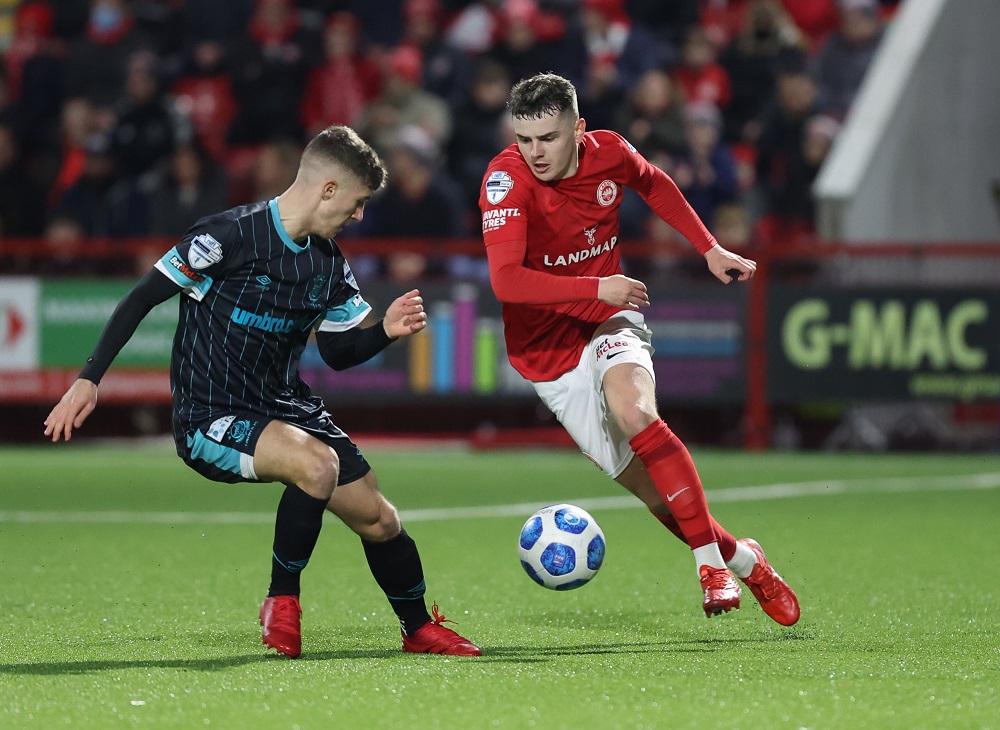 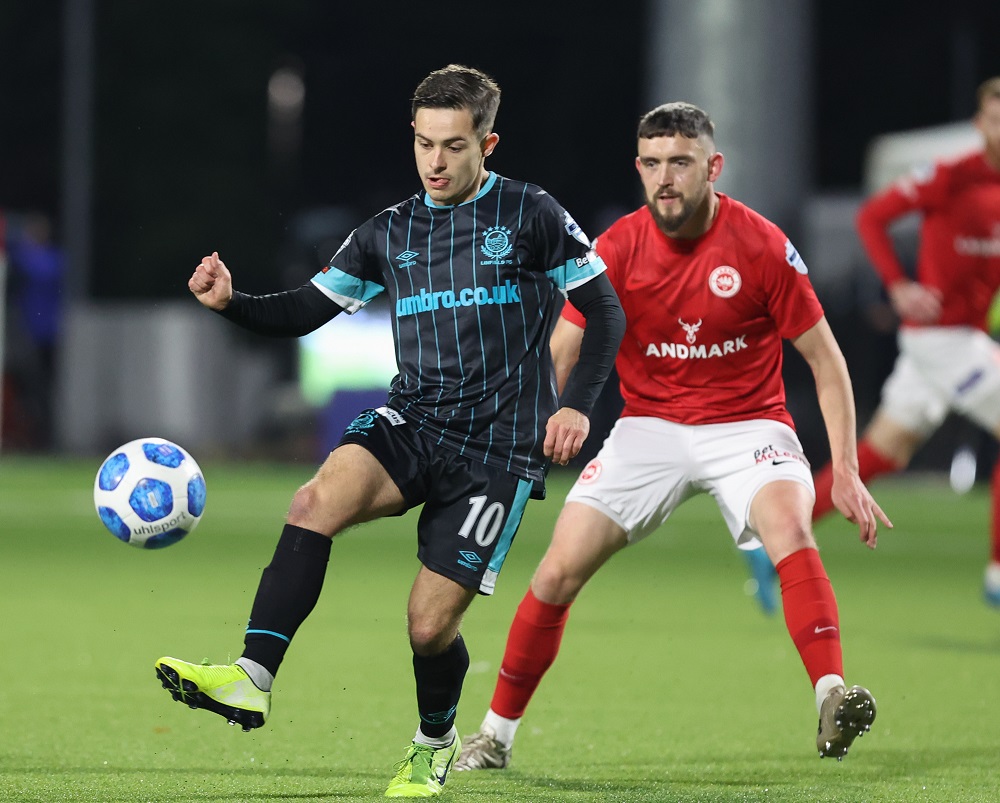 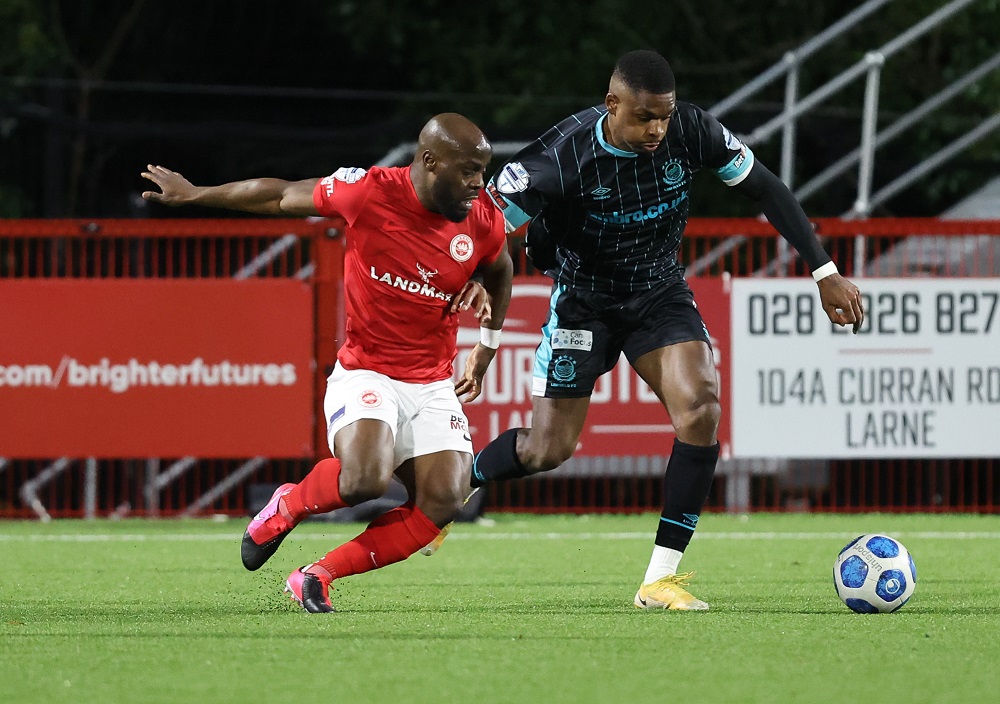 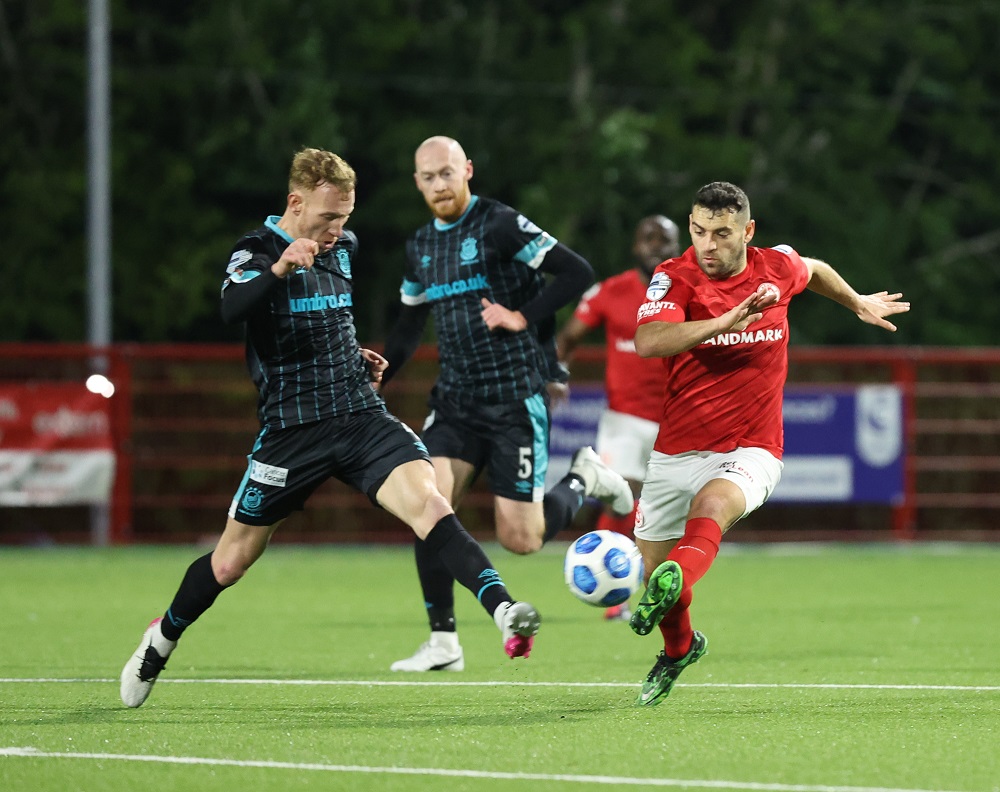 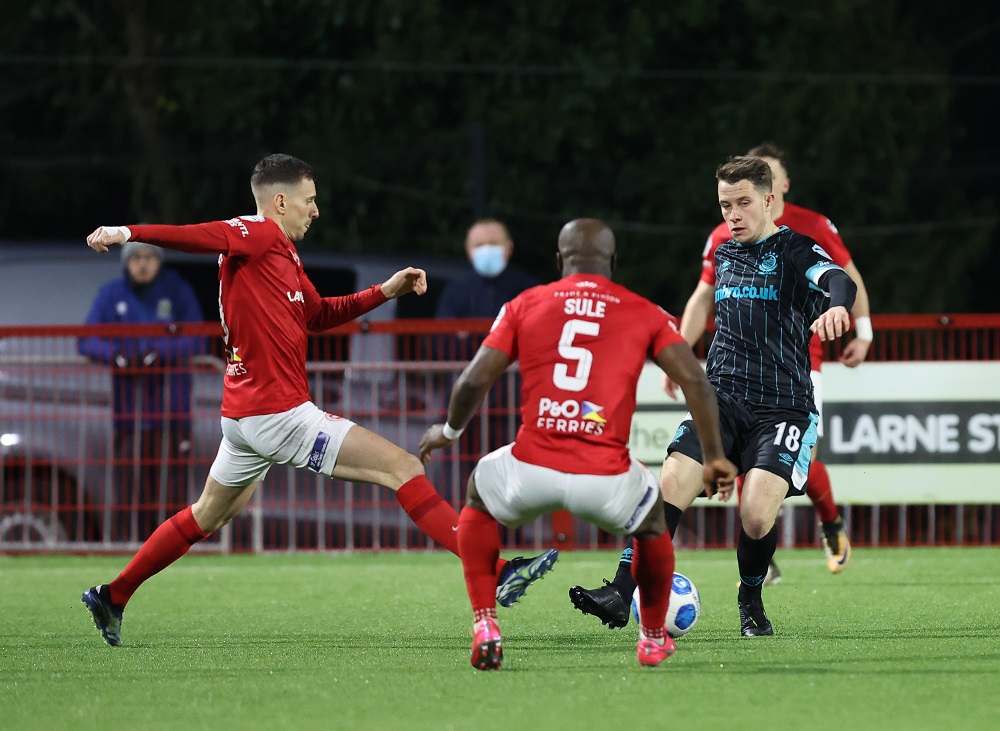 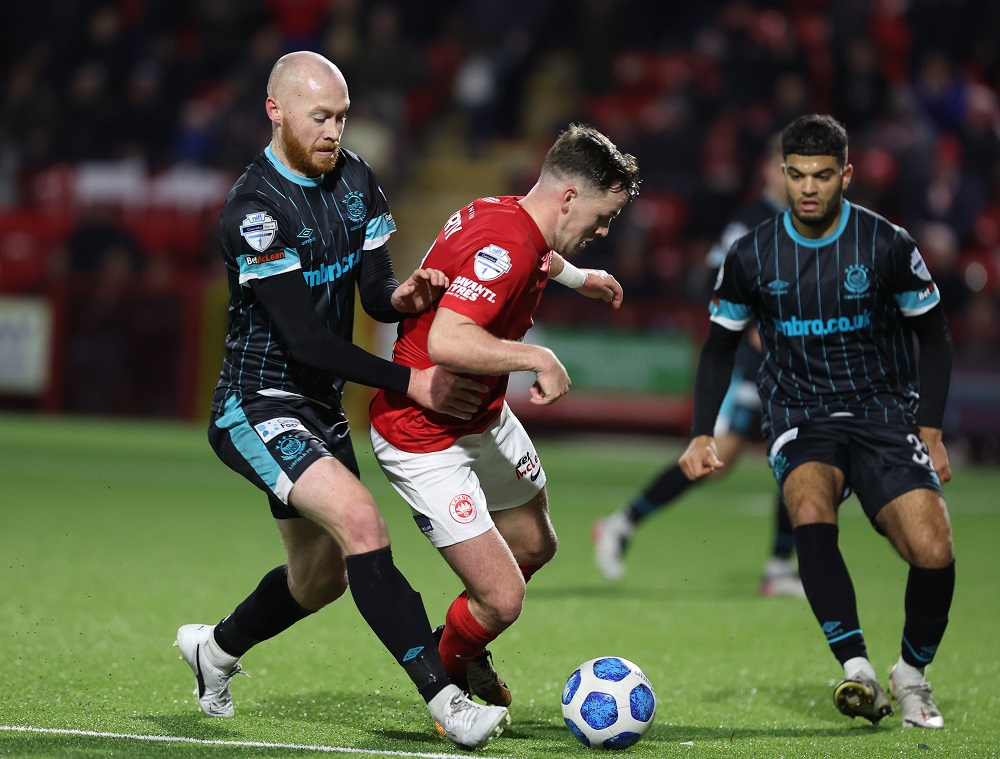