A Christy Manzinga goal midway through the second half helped Linfield defeat Ballymena United at Windsor and move the Blues to the top of the table going into the festive fixtures.

Manzinga bagged what proved to be the only goal of the game on 77 minutes after latching onto Trai Hume's through ball to calmly lift his finish over United keeper Jordan Williamson.

Linfield applied some pressure during the opening exchanges with Matthew Clarke testing Williamson with a low cross while Manzinga flashed an effort just wide from outside the box.

Martin Donnelly then had a go from 20 yards after being picked out by Ahmed Salam before only a timely Steven McCullough tackle thwarted Trai Hume. Then, right on the stroke of half-time, Williamson saved at close range to keep out another Manzinga attempt.

Ballymena had their chances too, most notably just after the half-hour mark when Kenneth Kane ran onto a through ball only for his final touch to let him down.

The visitors came storming out of the blocks after the break, almost going in front within 30 seconds of the restart when Paul McElroy was blocked on the line by Hume.

Then, five minutes after that, the woodwork came to Linfield's rescue after Kane smashed a left-foot long range strike off the post after David Parkhouse had crossed from the right.

Linfield upped the tempo after that. Manzinga was blocked again by the visiting defence, Clarke sliced a shot over from Kyle McClean's right-sided ross, Salam saw a volley superbly saved by Williamson who followed that up with another stop from Clarke.

It was no surprise, then, when Manzinga did dink the ball past Williamson with less than a quarter-of-an-hour to go.

Ballymena did have a couple of chances to find the equaliser late on but Ryan Waide could only send a free-kick straight at wall while, deep into stoppage time, Brendan Barr fired over. 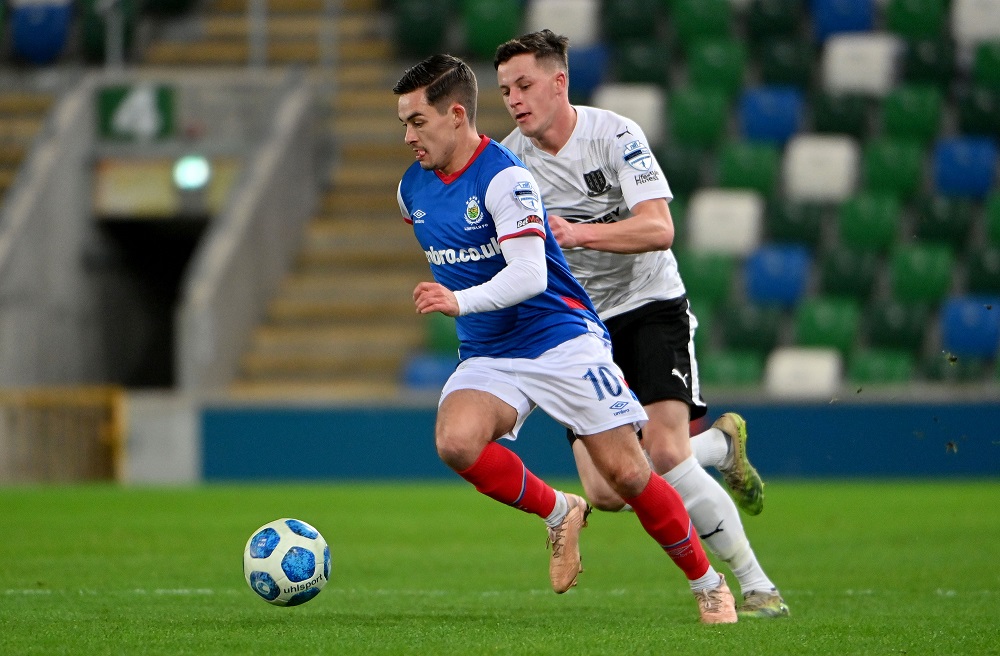 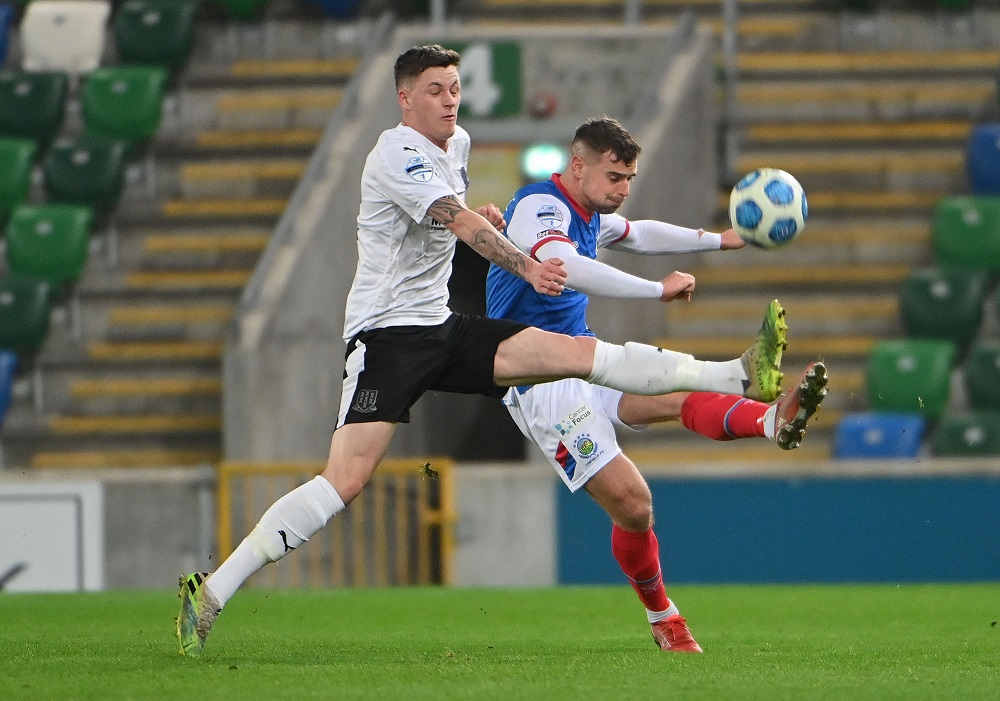 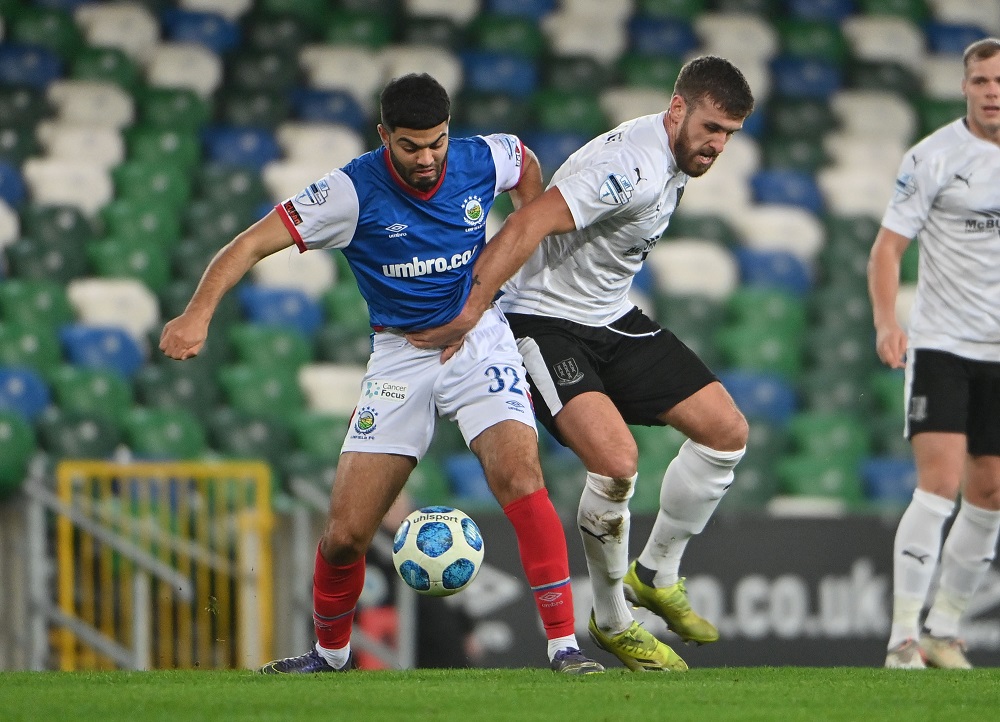 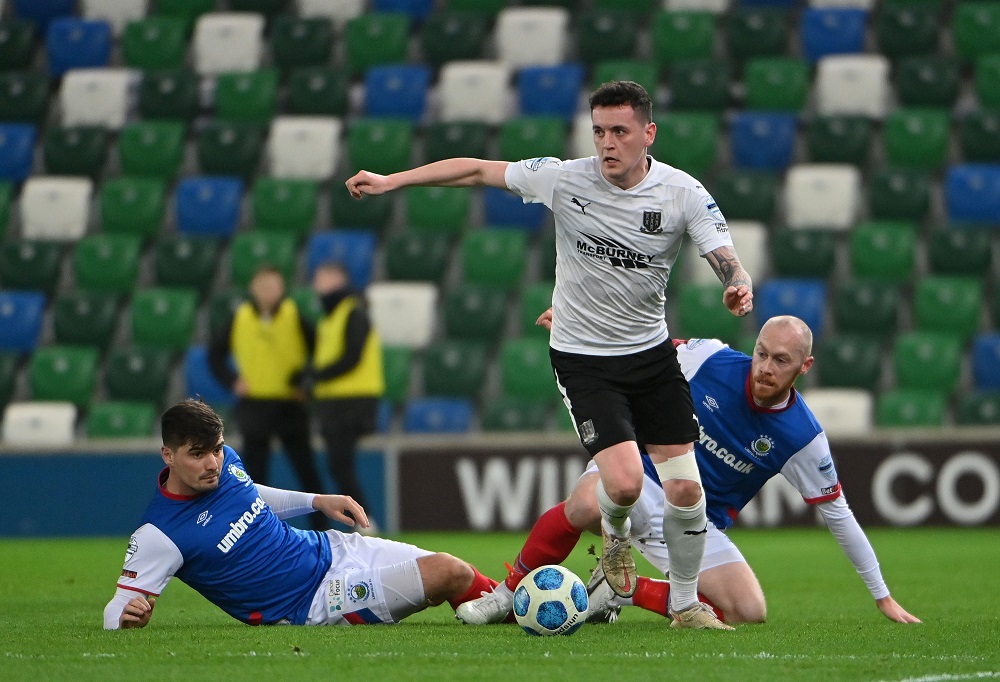 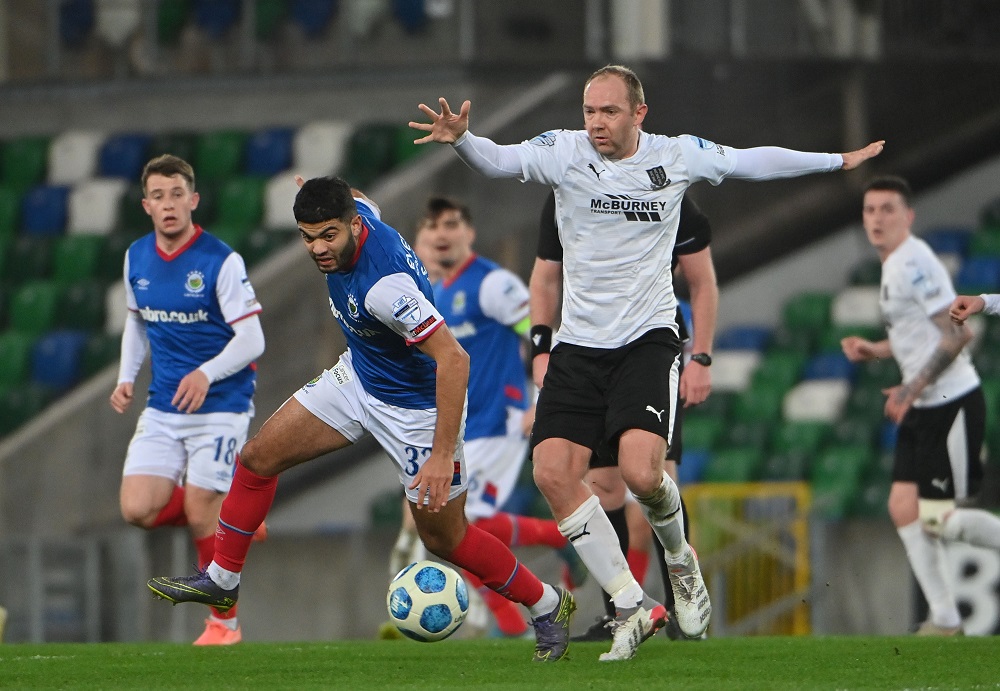 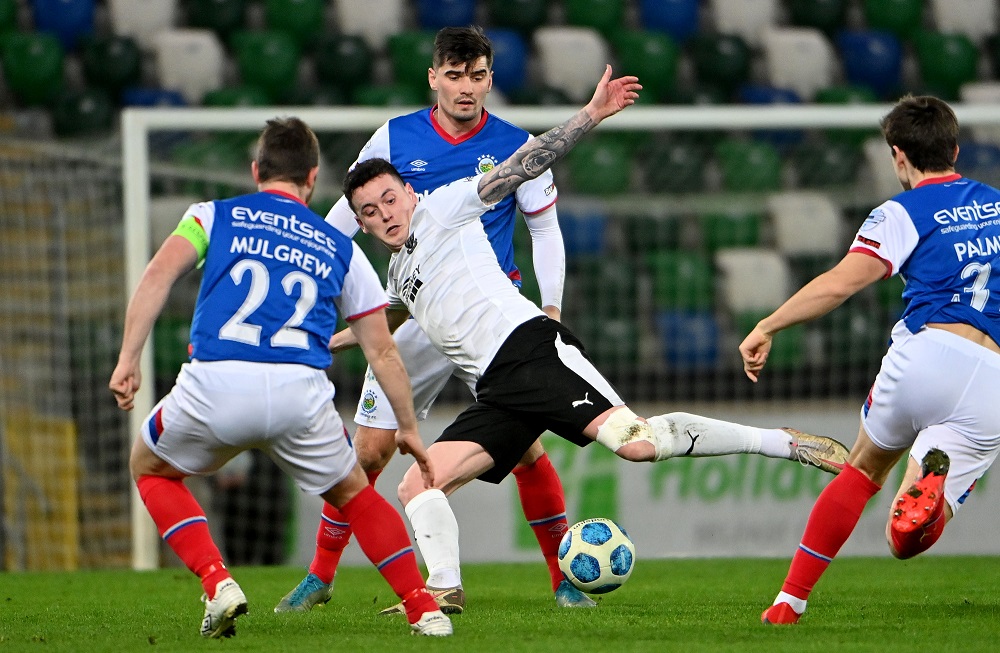