Larne picked up an important three points with victory over Glentoran in an engrossing five-goal encounter at the BetMcLean Oval.

Tiernan Lynch's side started brightly and deservedly edged in front on 13 minutes through Andy Scott who cut inside before having a go from around 20 yards with the ball bouncing just in front of Aaron McCarey before ending up in the net.

However Glentoran levelled nine minutes later courtesy of leading scorer Jay Donnelly's finish past Rohan Ferguson from 12 yards after being picked out by Hrvoje Plum inside the area.

That was how it stayed until ten minutes into the second half. Ben Doherty sent over a corner which John Herron headed towards goal, the ball came off Seanan Clucas and Donnelly with the latter attempting to fire it to safety only for it to strike the helpless Rhys Marshall and into the net.

There was an own goal at the other end just a few minutes after that too, with Tomas Cosgrove seeing a Shay McCartan cross to the back post come off his knee on its way into the bottom corner.

Then, with 20 minutes remaining, what proved to be Larne's winner came via David McDaid in spectacular fashion as he broke free around 30 yards out to unleash a superb goalbound blast into the top corner.

Glentoran had two late opportunities to salvage something from the game but Andy Mitchell was denied by Ferguson at the back post while Donnelly will feel he should have finished stronger after pouncing on a defensive error. 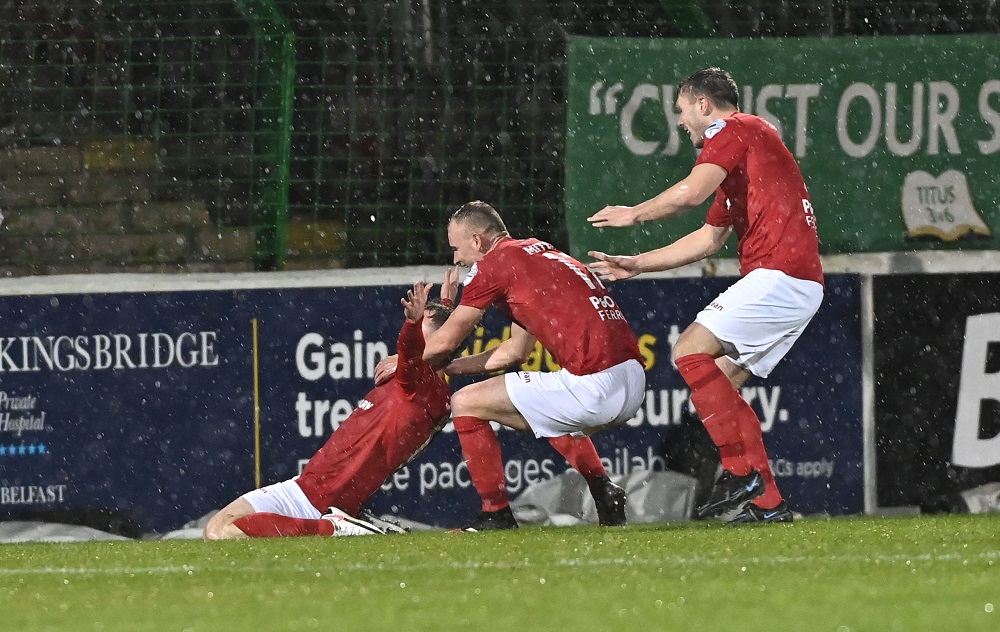 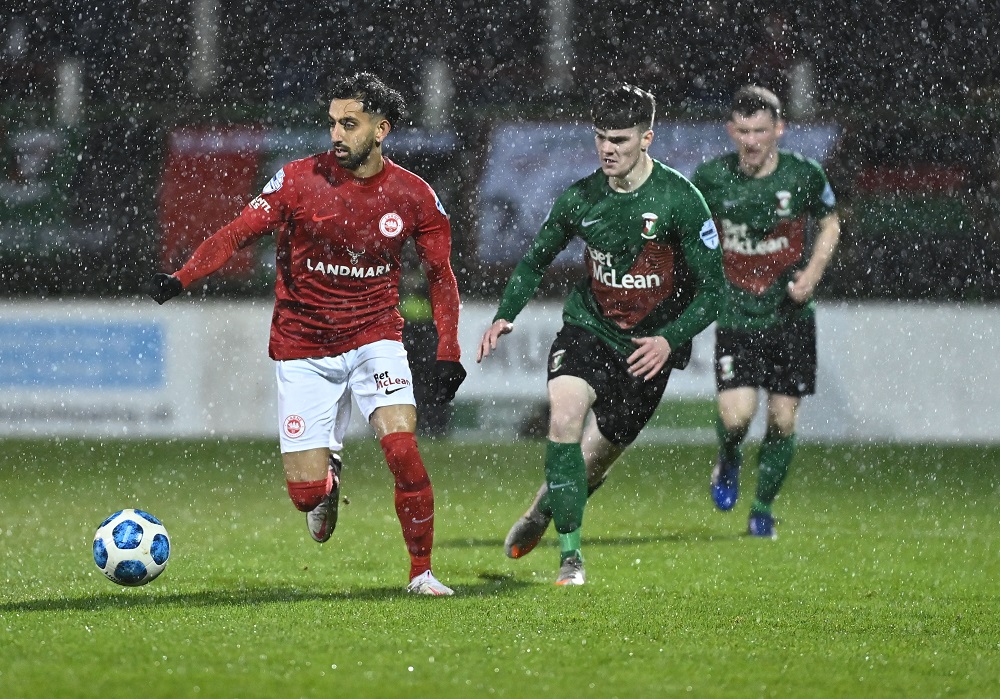 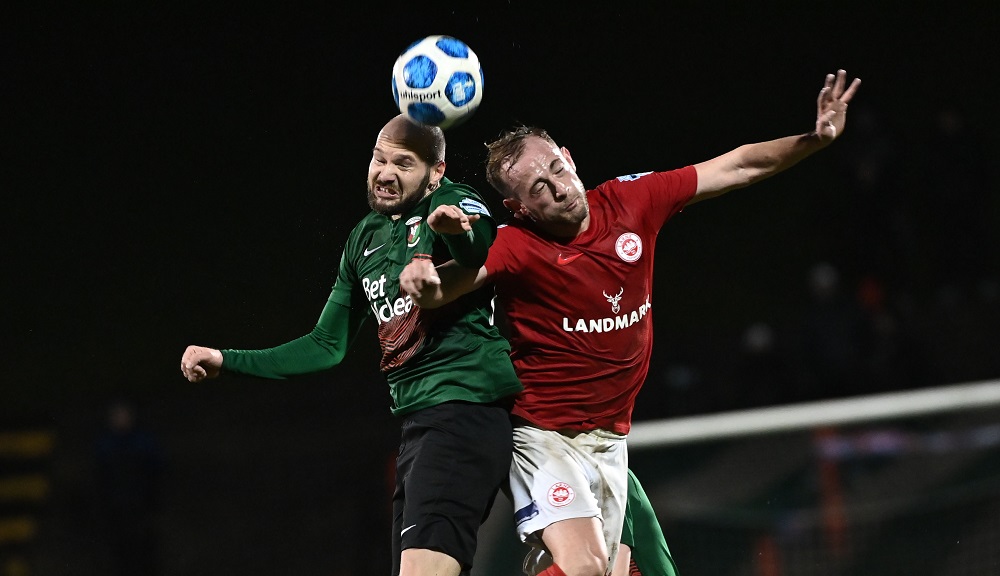 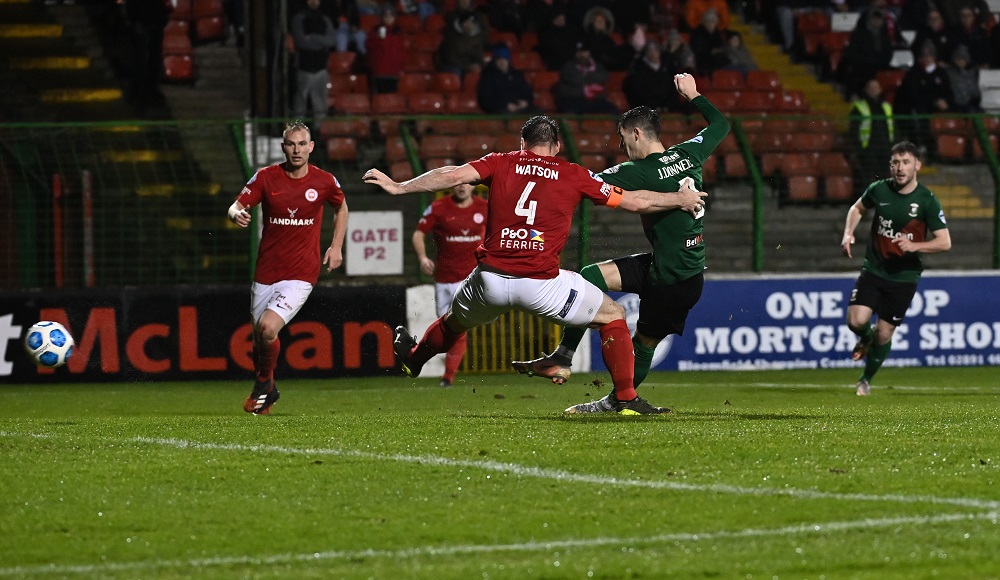 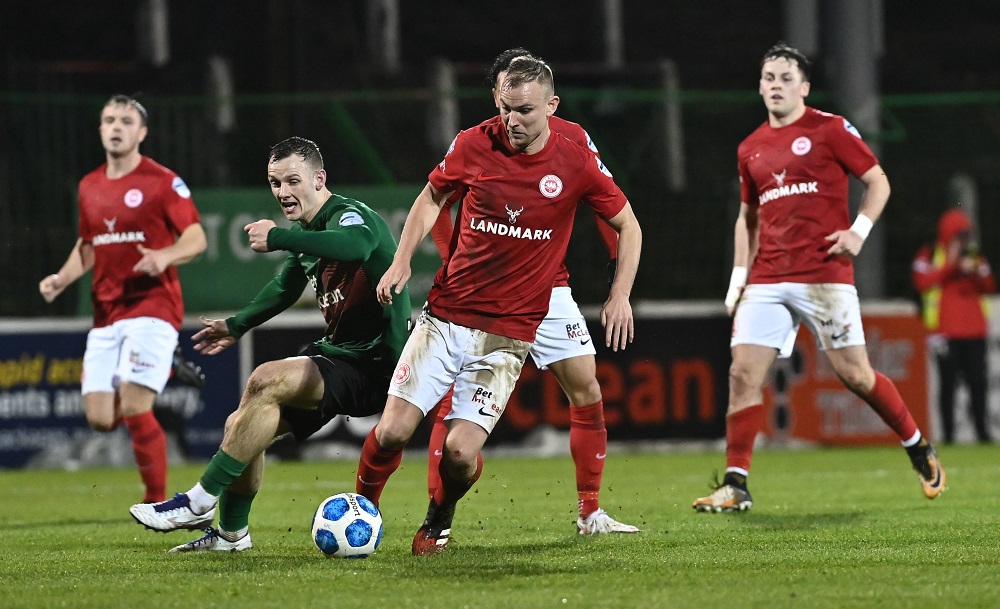 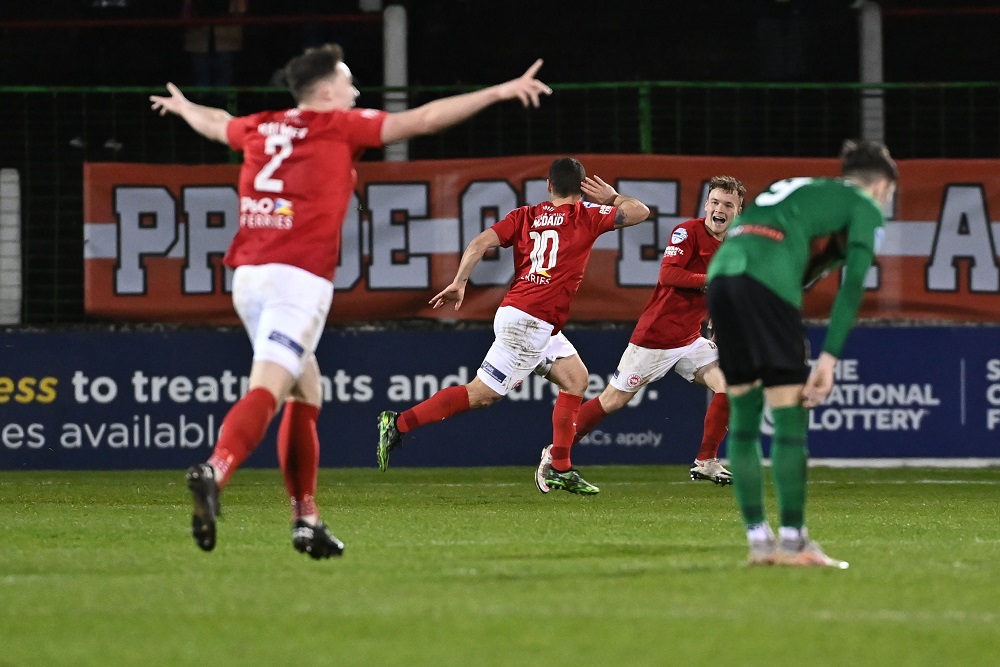